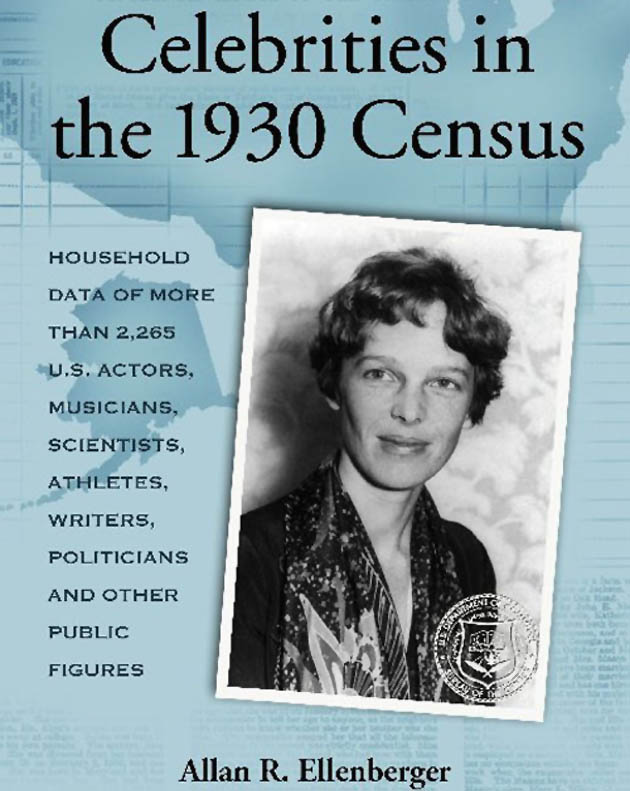 As it says on the cover, Allan R. Ellenberger’s Celebrities in the 1930 Census (McFarland, 2008) is a compilation of household data – as collected by 1930 census takers – of more than 2,000 “U.S. actors, musicians, scientists, athletes, writers, politicians and other public figures.”

The book, of course, doesn’t offer any saucy insights into the lives of those people. Instead, it’s a straightforward amalgam of undramatic – but important – information for researchers. (Non-researchers may find the myriad listings addictive as well.)

For instance, when I wrote the Ramon Novarro biography Beyond Paradise, I didn’t have access to the 1930 census, which became part of the public record only in 2005. It would have helped to be sure that Novarro’s “valet” – éminence grise Frank Hansen – was living with the actor at that time.

The census also lists the dates for Novarro’s and his family’s arrivals (a year apart) in the U.S, and that his West Adams District house, a couple of miles west of downtown Los Angeles, was valued at $50,000 – or approx. $650,000 in constant 2008 dollars.

Among other tidbits found in Celebrities in the 1930 Census are the following:

Allan R. Ellenberger has kindly agreed to answer a few questions about “Celebrities in the 1930 Census” (see further below). And in the not too distant future, we’ll be posting a q&a with Allan – whom I’ve known for a number of years – on his current project: actress Miriam Hopkins (Becky Sharp, Old Acquaintance).

‘Celebrities in the 1930 Census’: Q&A with author Allan R. Ellenberger

Having had an interest in film history my entire life, the names of actors, directors, producers, and others in the entertainment field came easily. As for other groups, I used the Internet almost exclusively to find “lists” of people that excelled in their particular area of achievement.

For each person I had to do additional research of where they were living in 1930, which in most cases coincided with the census. The official census information came from Ancestry.com, which has compiled the entire 1930 census online, along with a search engine.

There are approximately 2,265 names of famous persons listed in my book. If I could not find a celebrity in the census, I still entered their name with the note “data not found.” That way you will know that I looked for them.

There are five appendices, including U. S. Constitution references; the complete 32 questions asked on the census; population figures from 1930; National Archives and regional branches locations; and a list of websites.

During the three years that it took to complete this book, I faced several obstacles while searching for the famous.

Ancestry.com’s search engine gives the ability to look for someone in several ways. Sometimes, just putting in a name brings up the person you are looking for. However, more often you will get multiple, sometimes hundreds of hits. When that happens, I tried using the person’s year of birth to eliminate everyone else or at least narrow down the choices. If I still had multiple hits, I continued weeding out prospects with the advanced search options.

Several choices were considered when I tried to decipher census information. First, the census takers’ handwriting varies from excellent to illegible. With practice, I was able to find several ways around this. When it was hard to decipher a street name, I leafed through the next pages until I found an address that was legible and entered that address into Googlemaps. From there, I could look at the surrounding streets until I found one that matched the lettering for the illegible one. This procedure worked in almost every case. 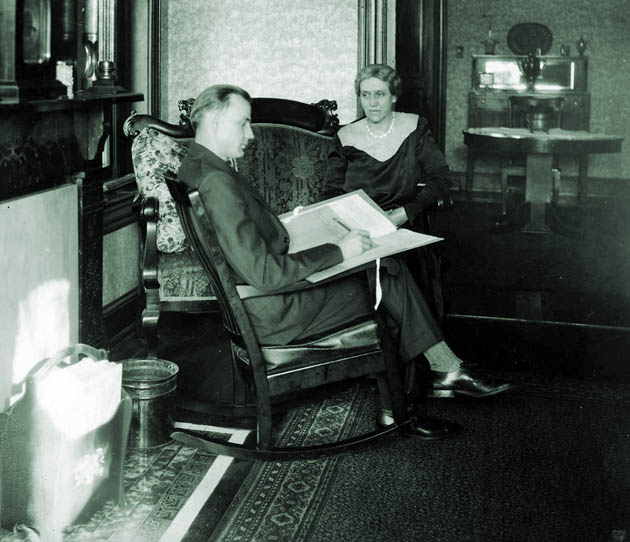 U.S. Census 1930: Shockingly, celebrities weren’t the only ones interviewed.

Specifically, it’s a snapshot of each celebrity’s life on one specific day – April 1, 1930.

As I put this book together, I had to decide which information I would include from the census. I realized that listing the answers to all 32 questions would not be possible, so I chose twelve of the most appealing and relevant. Of course, I knew that the subjects’ location would attract the most curiosity.

The value of the person’s home or the rent he paid was another point of interest. This was the only census in which every person was asked if he or she owned a radio, so I included that. You may be surprised at the answers. Even though the information given was to reflect the population data on April 1, 1930, I also included the date the enumerator asked the questions.

The information on people living in a house includes their relationship to the head of the household, their age, their place of birth (if foreign born, I also include the year in which they came to the US), and their profession. I skipped the obvious such as sex, race and marital status. I also assumed that what language they spoke in the home and whether they were war veterans would not be of interest or even applicable in most cases.

Al Capone: Mr. Scarface missing from 1930 Census, but not from Hollywood, where both Edward G. Robinson (‘Little Caesar,’ 1931) and Paul Muni (‘Scarface,’ 1932) got to play variations of the United States’ Public Enemy No. 1.

The biggest surprise was the number of people who are missing from the census, and who were obviously not counted. Unfortunately, the Census Bureau has never been able to count every individual. Despite a concentrated search, many, many of the famous – such as Greta Garbo, who obviously wanted to be alone – were elusive. There could be many reasons for this; famous or not, many wanted to be missed.

Not surprisingly, gangsters and mobsters are among the hardest group to research. Unless they were already imprisoned or had yet to start their life of crime, they were impossible to uncover. While Al Capone’s home and family members are documented, Al himself is absent. Clyde Barrow, then in his pre-Bonnie and Clyde days, had escaped from jail just a few months before the census and was in hiding.

Even though vaudeville was dying, vaudevillians are another group that was difficult to track down. Considering that they spent much of their time on the road, this also was not surprising.

I also found some information, especially the ages of actors, to be inaccurate because of vanity or possibly confusion on the part of the person giving the information. For example, it took forever to find actress Mae West – who was listed under Mary West – mainly because both she and her sister shaved ten years off their ages.

Also, actress Jane Wyman was living in Los Angeles with her “adopted” mother Emma Fulks and is listed as Sara Fulks. The odd thing is that her age is given as 18 which, if true, would mean she was born in 1912 and not 1917, her accepted date of birth.

Some birthplaces were also inaccurate depending on which family member gave the information. In those cases, I included a note stating that current biographical sources gave a different birthplace for the subject in question.

As previously noted, the 1930 census contained 32 questions (which are listed in Appendix II). Specifically, these related to their place of abode; relationship to head of household; home data; personal descriptions; education; place of birth; language spoken in the household; citizenship; occupation & industry; employment; participation in previous wars; and farm ownership. This was the only census in which every person was asked if he or she owned a radio.

The most recent census, taken in 2000, contained most of these questions but asked for even more detail in some cases. For a list of the questions from the last census, you can go to: http://www.census.gov/dmd/www/pdf/d02p.pdf

HI I am trying to locate addresses to the home or homes of Pola Negri.. my family had ties with her.

I finally found the best website on Hollywood history ever! I will buy this book.
In mid 60’s I lived at 2027 north Highland ( next to American Legion and behind
Best Western motel (which was once front garden of an almost 2 acre property).
Landlord at time (producer?) told me originally was Marion Davies mansion and I rented the garage and drivers’s quarters (now 2025 no Highland) . However, she didn’t come west til after house was built (1920) I believe. So, I don’t trust my memory. I have also read every biography of Marion’s with no mention.
I am facinated with old Hollywood ever since.
While I lived there old homes were still south of this property, but being bulldozed for
the hotels there now. I browsed though books and artifacts, it was facinating (most books were
regarding spiritualism).
If anyone knows true story PLEASE e-mail me.

What a fabulous research resource! I can hardly wait to receive my copy. Thanks, Allan!