A 40th anniversary screening of Stanley Kubrick’s 1968 masterpiece, 2001: A Space Odyssey, will take place on Friday, April 25, at 7:30 p.m. at the Academy of Motion Picture Arts and Sciences’ Samuel Goldwyn Theater in Beverly Hills.

(Image: Stanley Kubrick and cinematographer John Alcott, who worked on the film as an “additional photographer.”)

Tom Hanks, who, as per the Academy’s press release, has been “markedly influenced” by 2001: A Space Odyssey, will host the screening, presented in 70mm 6-track stereo, as was the original release. Following the screening, Hanks will take part in an onstage discussion with actor Keir Dullea, Oscar-nominated visual effects wizard Douglas Trumbull, and special effects artist Bruce Logan.

According to the Academy’s release, “in May 1964 director Kubrick and science fiction author Arthur C. Clarke embarked on a creative collaboration: a novel and a screenplay inspired by Clarke’s 1950 short story ‘The Sentinel.’ In December 1965, many ideas, drafts and titles later, filming commenced on 2001: A Space Odyssey. The futuristic epic, which premiered in April 1968, would prove to be one of the groundbreaking films of the decade.”

Note that 2001 failed to receive a Best Picture nomination. The winner that year, by the way, was Carol Reed’s conventional (and bloated) musical Oliver!. Also, despite its stunning visuals (courtesy of Geoffrey Unsworth), 2001 wasn’t nominated for best cinematography.

But Oscar or no, the chance to watch 2001: A Space Odyssey on the big screen is one not to be missed.

Tickets for the Academy’s 40th anniversary presentation of 2001: A Space Odyssey may be purchased online at www.oscars.org, in person at the Academy box office or by mail. Doors open at 6:30 p.m. All seating is unreserved. The Academy is located at 8949 Wilshire Boulevard in Beverly Hills. For more information, call (310) 247-3600. 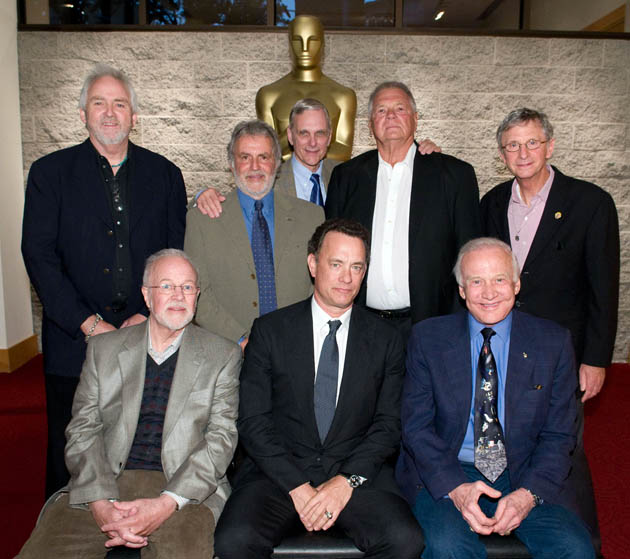 Tom Hanks, who fell under the spell of 2001: A Space Odyssey way back when, introduced the 40th Anniversary screening of Stanley Kubrick’s 1968 science-fiction masterpiece this past Friday, April 25, ’08. Others in attendance at the event, held at the Academy of Motion Picture Arts and Sciences’ Samuel Goldwyn Theater in Beverly Hills, were the film’s two stars, Keir Dullea and Gary Lockwood.

Click on the image above to enlarge it. And see below more images from the Academy’s 2001: A Space Odyssey evening. 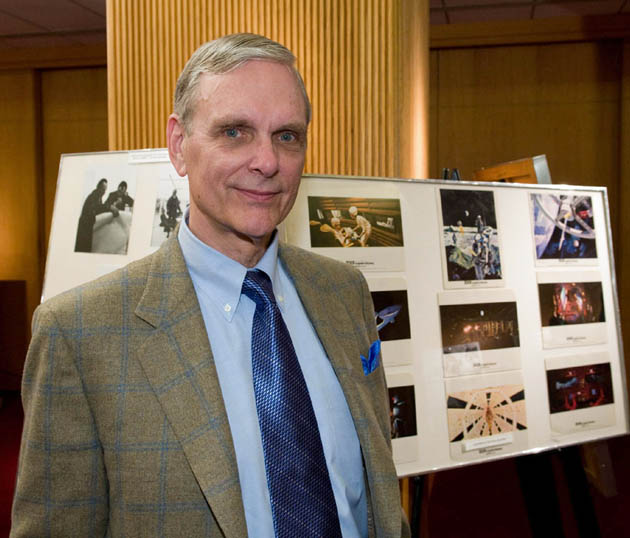 In the last (nearly) five decades, Keir Dullea has been featured in about 30 feature films.

Aside from 2001: A Space Odyssey, here’s a quartet of notable titles, all from the 1960s – Dullea’s peak movie years: 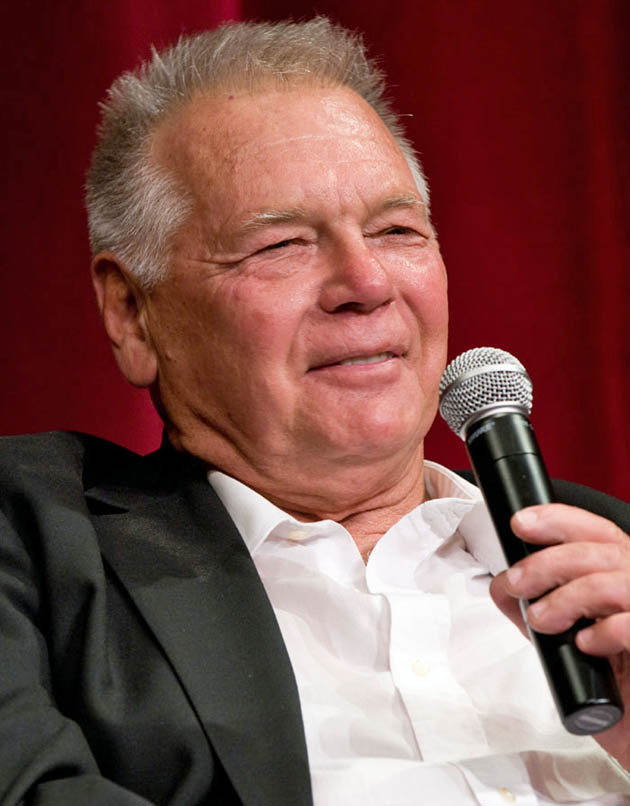 Gary Lockwood: ‘2001: A Space Odyssey’ astronaut – the unlucky one.

Gary Lockwood had a modest film career: mostly minor supporting roles in about 20 films in the last five decades. Titles include the following:

And here are more images from the Academy’s 2001: A Space Odyssey presentation. 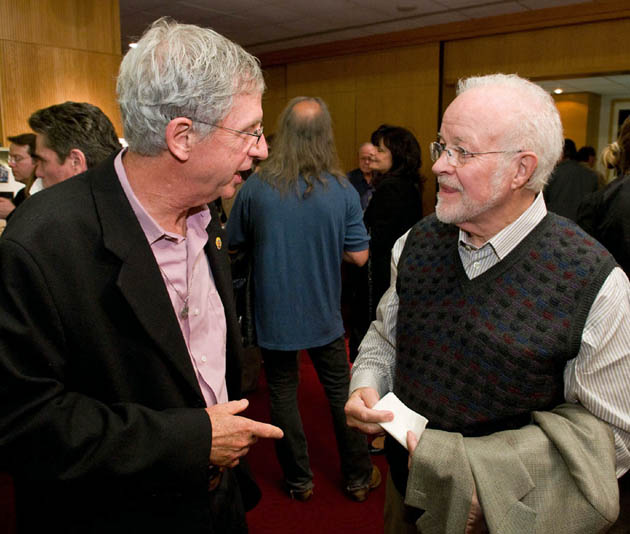 Douglas Trumbull and Daniel Richter (Moon-Watcher in ‘2001: A Space Odyssey’). 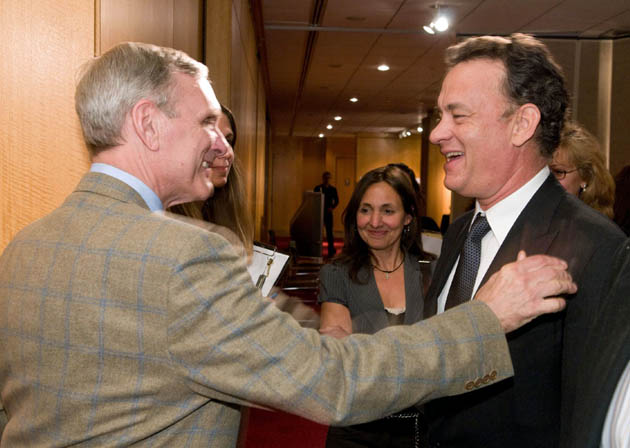 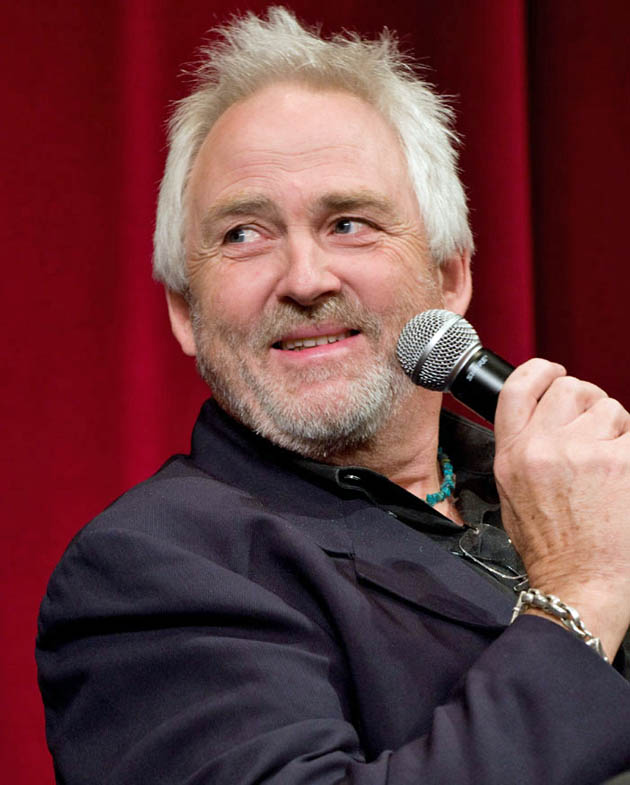 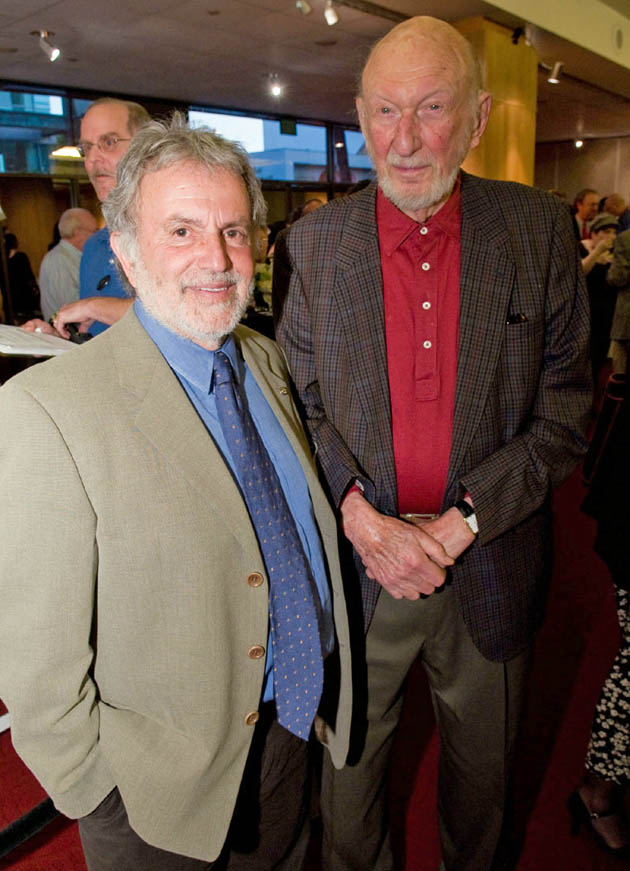 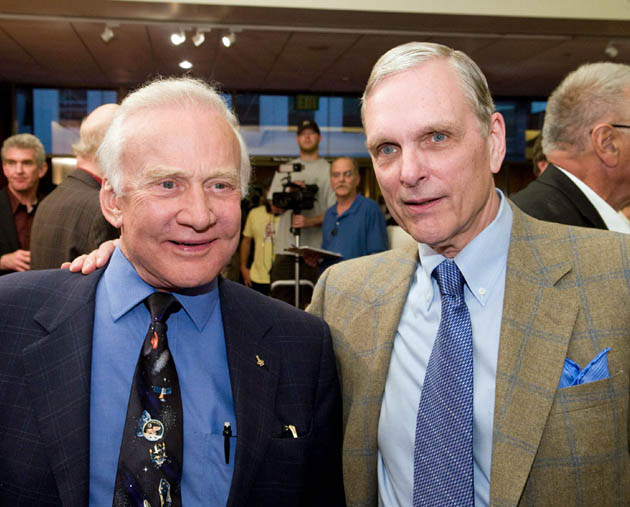 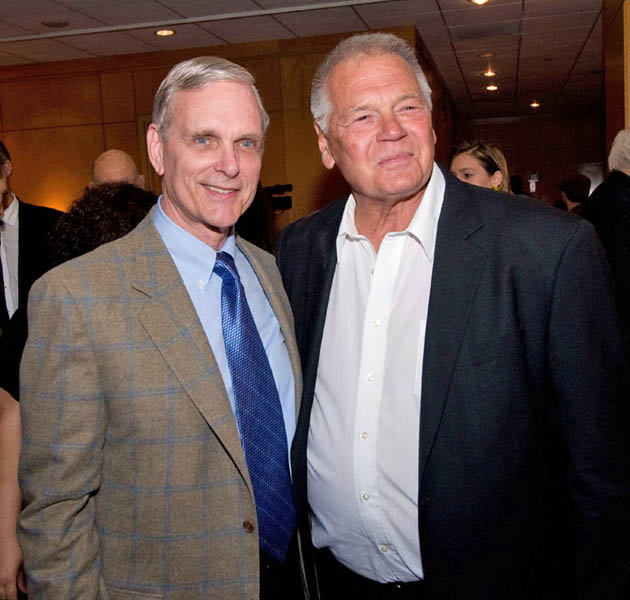 Christmas Movies: The Good, the Bad & the Weird – From Bette Davis to Serial Killers