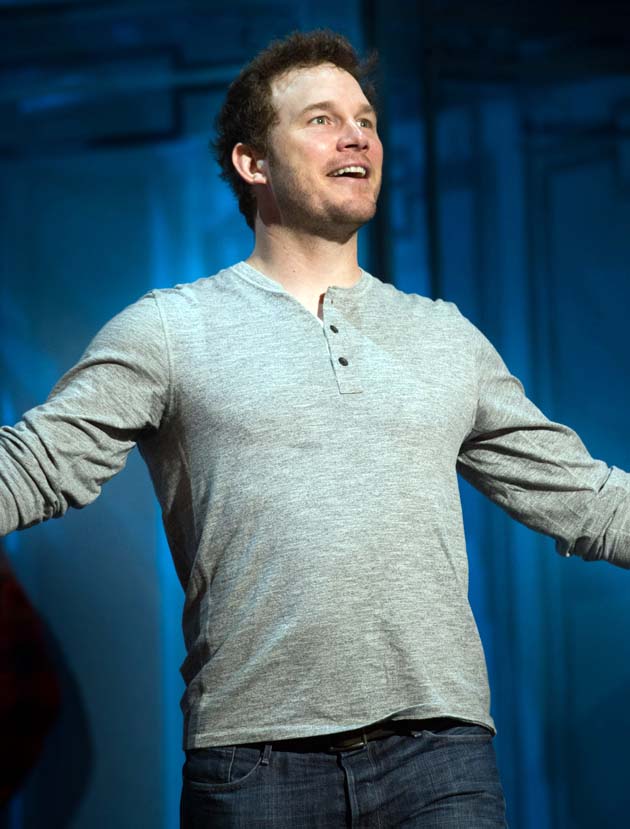 The complete list of Oscar 2015 winners and nominees can be found further below. Check out: Oscar 2015 presenters and performers.

If you know a bit about the history of the Academy Awards, you’ll have noticed several little curiosities about this year’s nominations.

The three directors are:

Best Actress winner Julianne Moore had been shortlisted for four previous Academy Awards, the last times (two nods) back in 2002:

For Oscar 2015, two countries were shortlisted for the first time in the Best Foreign Language Film category: Estonia and Mauritania. The latter is one of the precious few African nations to have had one of its (co-)productions – usually with France – nominated.

Estonia is in for Zaza Urushadze’s Tangerines. Mauritania is in for Abderrahmane Sissako’s Timbuktu, winner of the French Academy’s Best Film César Award two nights ago.

In case you’re wondering, African countries officially represented in the Academy Awards’ Best Foreign Language Film category – though, in some instances, the films’ “Africanness” is debatable – are the following (in chronological order):

The Franco-Algerian Z, starring a mostly French cast and set in Costa-Gavras’ native Greece, is the only “African” film to have been nominated for the Best Picture Oscar. It lost to John Schlesinger’s Midnight Cowboy in that category, but won as Best Foreign Language Film.

The other two African co-productions that have won the Best Foreign Language Film Oscar are Black and White in Color and Tsotsi.

To date, the only Oscar-nominated African co-productions without French financing are the two South African entries: Yesterday and Tsotsi.

The only non-white, African-born director of a Best Foreign Language Film Academy Award nominee hailing from an African country is Mauretanian Abderrahmane Sissako.

In case you’re wondering, Rachid Bouchareb is a Parisian. 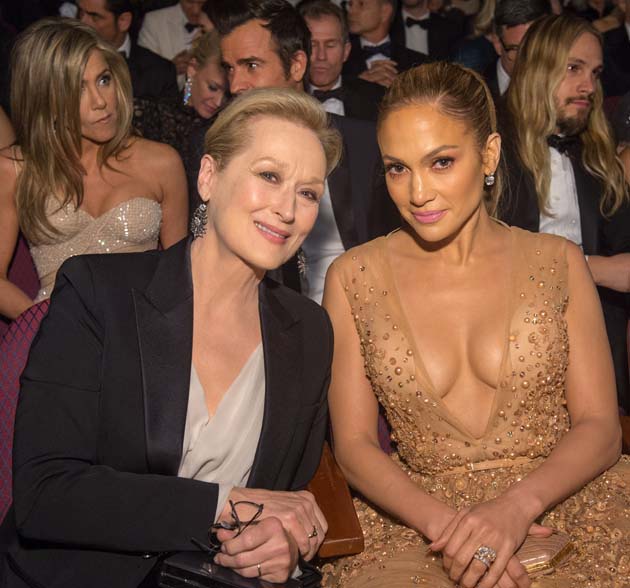 Meryl Streep and Jennifer Lopez at the Oscar 2015 ceremony (with Jennifer Aniston and Justin Theroux behind them).

After getting her nineteenth Academy Award nomination – as Best Supporting Actress for Rob Marshall’s musical Into the Woods – she has surpassed the previous record held by, ahem, Meryl Streep.

Streep’s other broken Oscar record was that of biggest loser in the acting categories: 16 times. Needless to say, the previous record-holder was Streep herself.

Currently with four Best Supporting Actress nominations, Meryl Streep has tied in that category with the seven actresses listed below.*

Ethel Barrymore won for None But the Lonely Heart.

An aside: touted as an early Oscar 2015 favorite, Amy Adams’ performance in Tim Burton’s Big Eyes was bypassed for both the Best Actress Oscar and the SAG Awards.

Also: In an earlier draft of this article, Gladys Cooper was erroneously listed as a four-time Best Supporting Actress Oscar nominee. She was actually shortlisted for three movies. They are the following:

The record-holder in the supporting categories remains Thelma Ritter, with six nominations – and zero wins. (I should add that no actress or actor has been shortlisted five times.)

The scene-stealing Ritter was shortlisted for: 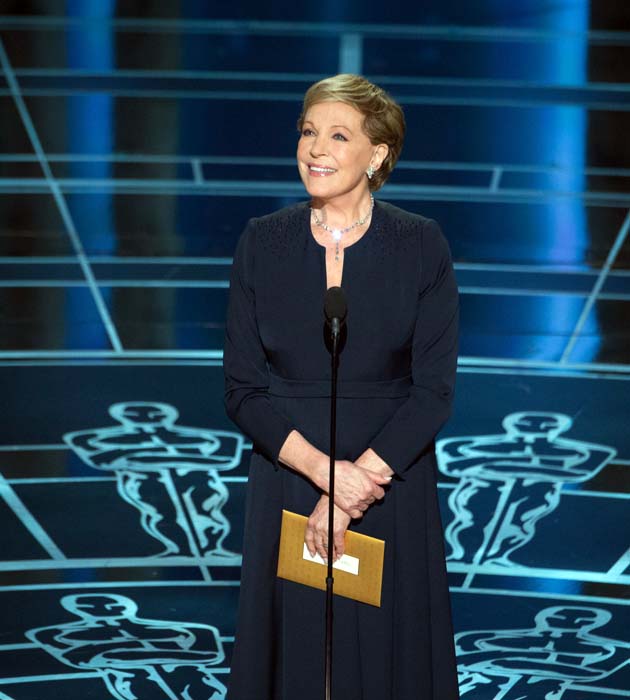 Outraged that Selma‘s Ava DuVernay and David Oyelowo failed to be shortlisted for Oscar 2015, a number of people out there seemingly would like the Academy of Motion Picture Arts and Sciences to institute a quota system to ensure that U.S. ethnic minorities get nominated each year.

Whether you find that a phenomenally brilliant or a monumentally idiotic idea, perhaps it’s no coincidence that Academy producers selected a significant contingent of black Oscar 2015 presenters. These ranged from David Oyelowo himself and 12 Years a Slave star Chiwetel Ejiofor (both of whom happen to be British) to actresses Viola Davis (The Help) and Oprah Winfrey (The Butler and The Color Purple).

See, major Hollywood movies are made with international audiences in mind. That’s where most of the money is.

But the televised Academy Awards ceremony continues to be presented with an American audience in mind. That’s where most of the money is.

Avatar actress Zoe Saldana and cult-classic-in-the-making The Boy Next Door star Jennifer Lopez were presenters as well, which should take care of those with Spanish last names. And several of the presenters surely have at least some Native American background.

But there were no East Asian, Arab, South Asian, or Pacific Islander Oscar 2015 presenters. That is, unless you consider Nicole Kidman and Cate Blanchett as Pacific Islanders.

Neil Patrick Harris in his underwear. 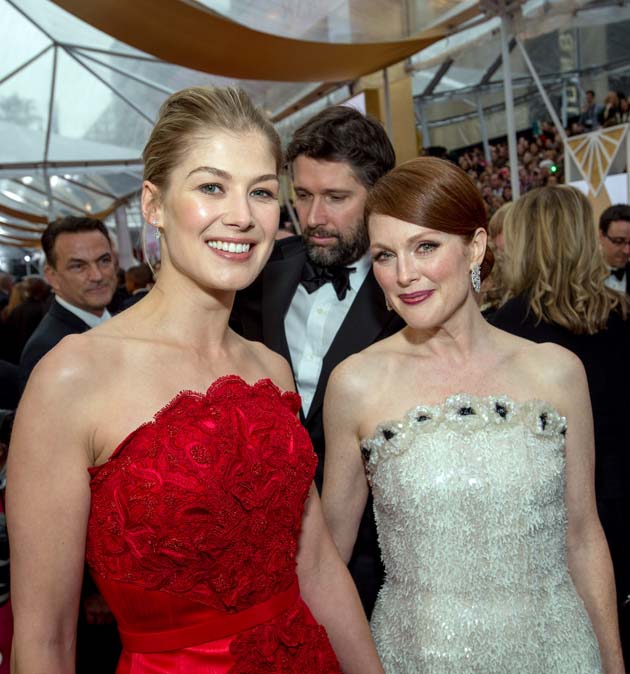 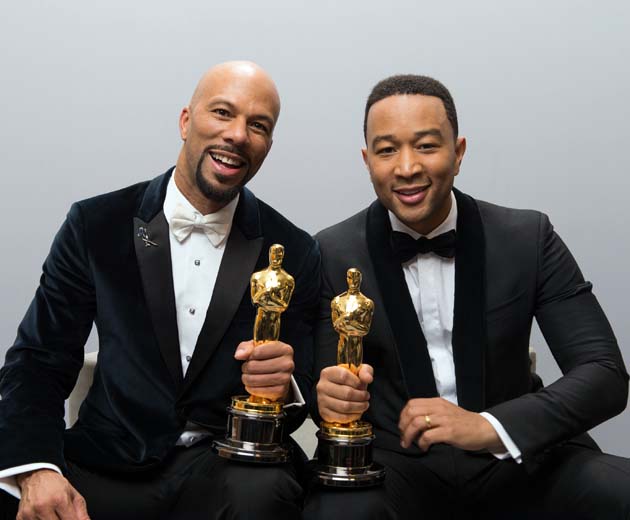 Note: In an earlier draft of our Oscar 2015 winners article, we had erroneously named Jim Sheridan as the director of The End of the Affair. Neil Jordan directed the 1999 romantic drama starring Julianne Moore and Ralph Fiennes.