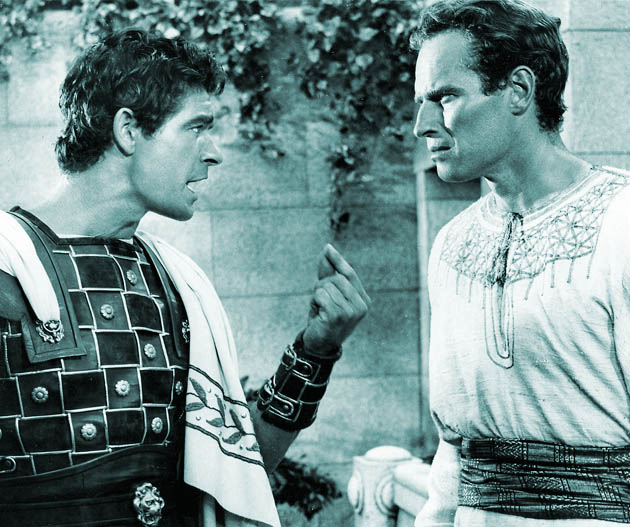 ’31 Days of Oscar’: ‘Lawrence of Arabia’ and ‘Ben-Hur’ in, Paramount stars out

Today, Feb. 1, Turner Classic Movies is kicking off the 21st edition of its “31 Days of Oscar.” While the Academy of Motion Picture Arts and Sciences is being vociferously reviled for its “lack of diversity” – more on that appallingly myopic, self-serving, and double-standard-embracing furore in an upcoming post – TCM is celebrating nearly nine decades of the Academy Awards.

That’s the good news. The disappointing news is that if you’re expecting to find rare Paramount, Universal, or Fox/20th Century Fox entries in the mix, you’re out of luck.

So, missing from “31 Days of Oscar” are, among others:

Another “31 Days of Oscar” casualty is 1929–30 Best Actor nominee Ronald Colman in Bulldog Drummond (which, admittedly, was aired last month) and Condemned (which, to the best of my knowledge, hasn’t been aired anywhere in a few centuries), even though TCM has access to the Samuel Goldwyn library.

If you can’t make it better, make it bigger

On Day One of TCM’s “31 Days of Oscar,” the focus seems to be on the word “big” – as in, big budget, big cast, big box office: Gigi, Ben-Hur, Lawrence of Arabia, The Bridge on the River Kwai. All four of them are Best Picture Academy Award winners.

The motto of today’s Hollywood is, “If you can’t make it better, make it bigger,” which also seems to have been the motto of the old Metro-Goldwyn-Mayer. The studio, which frequently got greatness and grandeur mixed up, had done a solid job with Ben-Hur back in 1925, when Mexican Ramon Novarro starred as the Jewish prince Judah Ben-Hur in what became the most expensive film production ever. Luckily for MGM, Ben-Hur also became the biggest worldwide blockbuster until Gone with the Wind (1939).

Fast forward to 1959, when MGM, by then no longer Hollywood’s top studio, decided to remake Gen. Lew Wallace’s tale of a long-suffering Jewish man who finds Jesus. The investment paid off, as the William Wyler-directed Ben-Hur became one of the biggest box office hits ever – adjusted for inflation (take this as a general approximation), it’s still right up there, trailing the Star Wars sequel The Empire Strikes Back and ahead of James Cameron’s Avatar.

Besides, Ben-Hur was the winner of a record-breaking 11 Academy Awards – a feat unsurpassed to this day and only matched by James Cameron’s Leonardo DiCaprio-Kate Winslet romance Titanic (1997) and Peter Jackson’s Middle-earth fantasy The Lord of the Rings: The Return of the King (2003).

Among the Ben-Hur winners were Best Supporting Actor Hugh Griffith, who chews on the scenery, the desert sand, the date trees, and everything and everyone around him, and Best Actor Charlton Heston in what must be one of the worst Oscar-winning performances ever.

Why weren’t people berating the oh-so-white Academy back then? Silent era make-up or no, the Mexican Novarro looked the part of a West Asian, whereas Heston looked like a 20th century white American unable to find his way out of an antiquity-themed costume ball. Where was Raf Vallone when you needed him? Or Steve Reeves? Reeves may not have looked West Asian but he surely knew how to fill out a toga.

Ultimately, the only three worthwhile performances in the 1959 Ben-Hur are those of veteran Martha Scott (Our Town, One Foot in Heaven) as the stoic hero’s leprosy-stricken mother; Jack Hawkins as his adoptive Roman father; and Stephen Boyd as his handsome rival, boyhood friend, and maybe-maybe-not former lover, Messala.

As for Charlton Heston, as far as I’m concerned his one convincing performance is, gasp!, the Mexican drug enforcement official in Orson Welles’ Touch of Evil. Gilbert Roland, Pedro Armendáriz, Arturo de Córdova, et al. couldn’t have been any more effective.

Although at times it nearly drowns in its own opulence, “31 Days of Oscar” presentation Gigi (1958) – an Arthur Freed production directed by Vincent Minnelli – is a perfectly enjoyable light musical. After Lili and Gaby (and before Fanny), Leslie Caron is charming in the title role originally played by Danièle Delorme in Jacqueline Audry’s 1949 non-musical and by Audrey Hepburn on the Broadway stage. (The musical version would be brought to Broadway only in 1973, with Karin Wolfe in the title role. Vanessa Hudgens starred in the 2015 revival.)

For his part, Maurice Chevalier is shockingly restrained – much like he was in Billy Wilder’s Love in the Afternoon the previous year. In these two late ’50s films, Chevalier’s joie de vivre doesn’t feel either overbearing or mechanical, unlike his “continental” shtick at the dawn of the sound era in fare such as Ernst Lubitsch’s The Love Parade and The Smiling Lieutenant.

“31 Days of Oscar” entries Lawrence of Arabia (1962) and The Bridge on the River Kwai (1957) are considered by many two of the greatest movies ever made. I beg to differ, but, anyhow, the gay rape scene in the former is, however unintentionally, quite humorous and a must-see (and so is Peter O’Toole’s reaction later on), while Best Actor Oscar winner Alec Guinness and Best Supporting Actor nominee and silent era veteran Sessue Hayakawa are both brilliant in the latter.

Actually shot in England, Edward My Son stars MGM contract player and two-time Best Actor Oscar winner Spencer Tracy (Captains Courageous, 1937; Boys Town, 1938), who dominates the action and whose presence is very much detrimental to the proceedings. Commercial considerations aside, Tracy’s role should have gone instead to someone like Cedric Hardwicke, Michael Redgrave, or Robert Morley (who played the role on stage) – or even Robert Donat.

But Tracy it was. As a result, the acting honors in Edward My Son go to Best Actress Oscar nominee Deborah Kerr in what amounts to an extended supporting role.

Unfortunately, Spencer Tracy or no, Edward My Son was a major box office bomb. On the positive side, it’s ripe for a more honest, more appropriately cast remake. 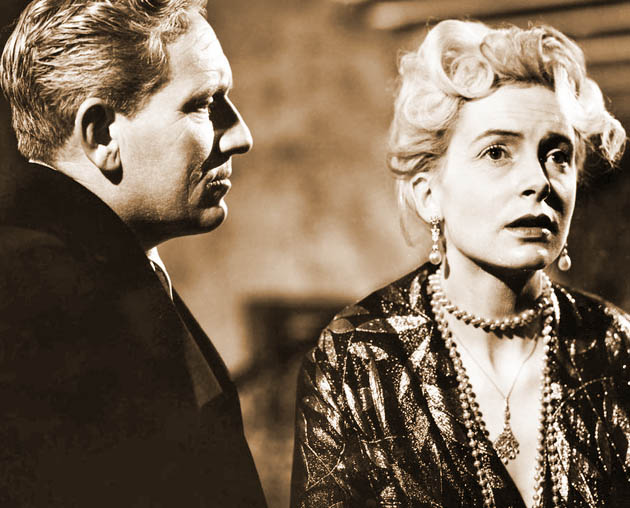 5:00 PM AND THE OSCAR GOES TO… (2014). A documentary tracing the history of the Academy Awards. Director: Robert Epstein. Color. 95 mins.

“31 Days of Oscar” movies’ schedule via the TCM website.

“31 Days of Oscar” movies’ cast info via the IMDb.

Image of Stephen Boyd and Charlton Heston in the “31 Days of Oscar” movie Ben-Hur 1959: Metro-Goldwyn-Mayer.

Sandra Bullock: From Razzie to Oscar?