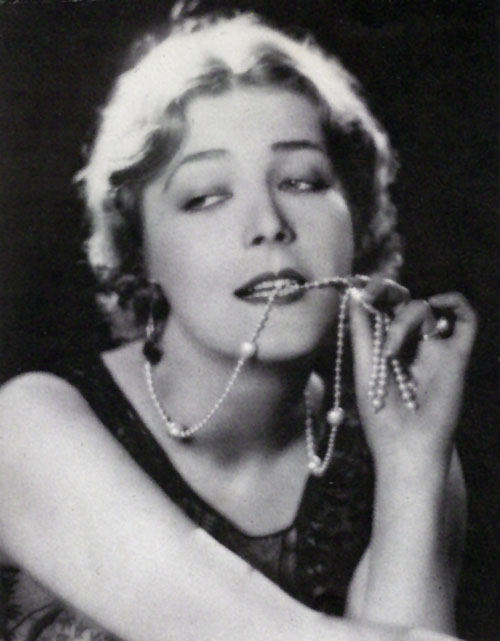 Edward G. Robinson was only 37 years old when he gave this hammy, scene-stealing, over-the-top performance as Tony, a middle-aged Italian grape grower in Napa Valley, California, in Victor Sjöström’s A Lady to Love. Robinson is loud, peripatetic, hyperkinetic, and his accent sometimes sounds a bit too much like Chico Marx’s. But it all works. It’s believable and true, even if not always sympathetic.

When Tony notices a pretty blonde waitress, Lena (Vilma Banky), at a cafe, he sends her a letter of introduction. The picture he encloses, however, is that of his handsome best friend and ghost writer, Buck (Robert Ames), rather than his own uncomely visage. He ignores his friend’s advice – “It’s better to be honest than beautiful” – choosing deception instead.

On the way to the train station to pick up Lena, Tony gets in a car accident and breaks both legs. When Lena arrives, she initially thinks Buck is Tony. Later on, she is shocked to find out the man she is engaged to is not who she thought he was. “Who’s that old man?!” she sighs the first time she sees Tony. But her husband-to-be dispels all misunderstandings when he appeals to Lena’s pragmatic nature and she realizes it is better to marry him than to go back to the life of a waitress.

In time, Lena accepts the situation and forgives Tony for deceiving her with the wrong picture. She even kisses him gingerly on the forehead. Yet, you just know she still finds him repulsive and refuses to “do it” with him even after they’re married.

The sexual tension between her and Buck predictably begins to build. She dutifully takes care of Tony while having an affair with his best friend, but it’s not too long before guilt raises its inevitable head. Buck walks out, and Lena is left alone to nurse her husband.

A Lady to Love is full of touching moments. In one striking scene, Lena insists on giving Tony a well-needed sponge bath in bed, thus providing Robinson with the chance to act his head off. He cries and screams and fusses, “I just-a took-a bath on-a our wedding a-day!” It is embarrassing to watch because it is almost like being there.

In another scene, Lena lovingly sews cushion-pads on Tony’s crutches so his arms won’t hurt. Without the distraction of Buck in the house, she warms up to Tony and becomes an attentive and devoted wife.

But her contentment abruptly shifts when Buck suddenly returns and she is forced to make some hard decisions. Lena now deeply loves her husband, but she fears her past relationship would hurt him. What’s a girl to do?

Vilma Banky’s performance is perfect. Her characterization is nervous, on edge, and simmering beneath the surface. Just as Lena should be. Her speaking voice is fine and her accent is delightful, especially in an early scene when she sees the wedding cake and innocently exclaims, “This is a real wop wedding – I mean Italian!” She is no more garbled or incoherent than Greta Garbo, so I wonder why her reputation has suffered as a result of a “thick accent” that purportedly ruined her sound-film career.

Between Banky and Robinson, A Lady to Love at times offer scenes of dueling accents and hyperactive dramatics. But this seldom-seen and underappreciated film is a real treat. Credit for this little gem must be given to veteran filmmaker Victor Sjöström who directed the story from Sidney Howard’s screenplay (adapted from Howard’s play They Knew What They Wanted). It must have been a daring endeavor to bring two overwrought characters to life in such an unconventional love story.

Note from the Editor: A 1940 remake, They Knew What They Wanted, was directed by Garson Kanin, and starred Charles Laughton, Carole Lombard, and William Gargan.

Just watched it the other week on Tubi! Like you, I found nothing particularly awful about Vilma Banky’s accent. She reportedly didn’t really speak English at the time she made The Eagle in 1925, but she certainly spoke well enough by the time this film was made. A young Edward G. Robinson playing an older Italian was a bit much! And yet, I WAS drawn into the story, stereotypes and all and ultimately felt Robinson did a fine job building his character. I can’t imagine a truly OLD man working with the young Lena without giving a creepy feeling. And, I noticed on the wall of his home a picture of President Hoover and right next to it a picture of Mussolini.

I agree completely with Danny’s description of the film. Banky and Robinson, and all the cast are PERFECT. Robinson’s performance is even more enhanced if one compares it with Charles Laughton’s over-the-top in the 1940 remake, which at least to me, makes the film unbearable in the scenes he appears- a real pity since Carole Lombard above all the very good cast, is simply great. This film should be on dvd or at least be more frequently shown than it is.