Following the success of Shah Rukh Khan’s My Name Is Khan, which has grossed $31.9 million worldwide (as per Box Office Mojo; not including India) and became the top Bollywood movie ever in the United Kingdom (not accounting for inflation), the Mumbai-based Fox Star Studios India announced the title of its second major local production: Dum Maaro Dum, to be produced by Ramesh Sippy, with Rohan Sippy – Ramesh’s son – as the director.

Abhishek Bachchan, Rana Dagubatti, and Bipasha Basu are set to star in Dum Maaro Dum, a thriller set in Goa’s drug underworld. According to The Hollywood Reporter, the film’s title was taken from a popular song of the same name found in Dev Anand’s 1971 hit movie Hare Rama Hare Krishna, about the hippie and drug scene of the period. 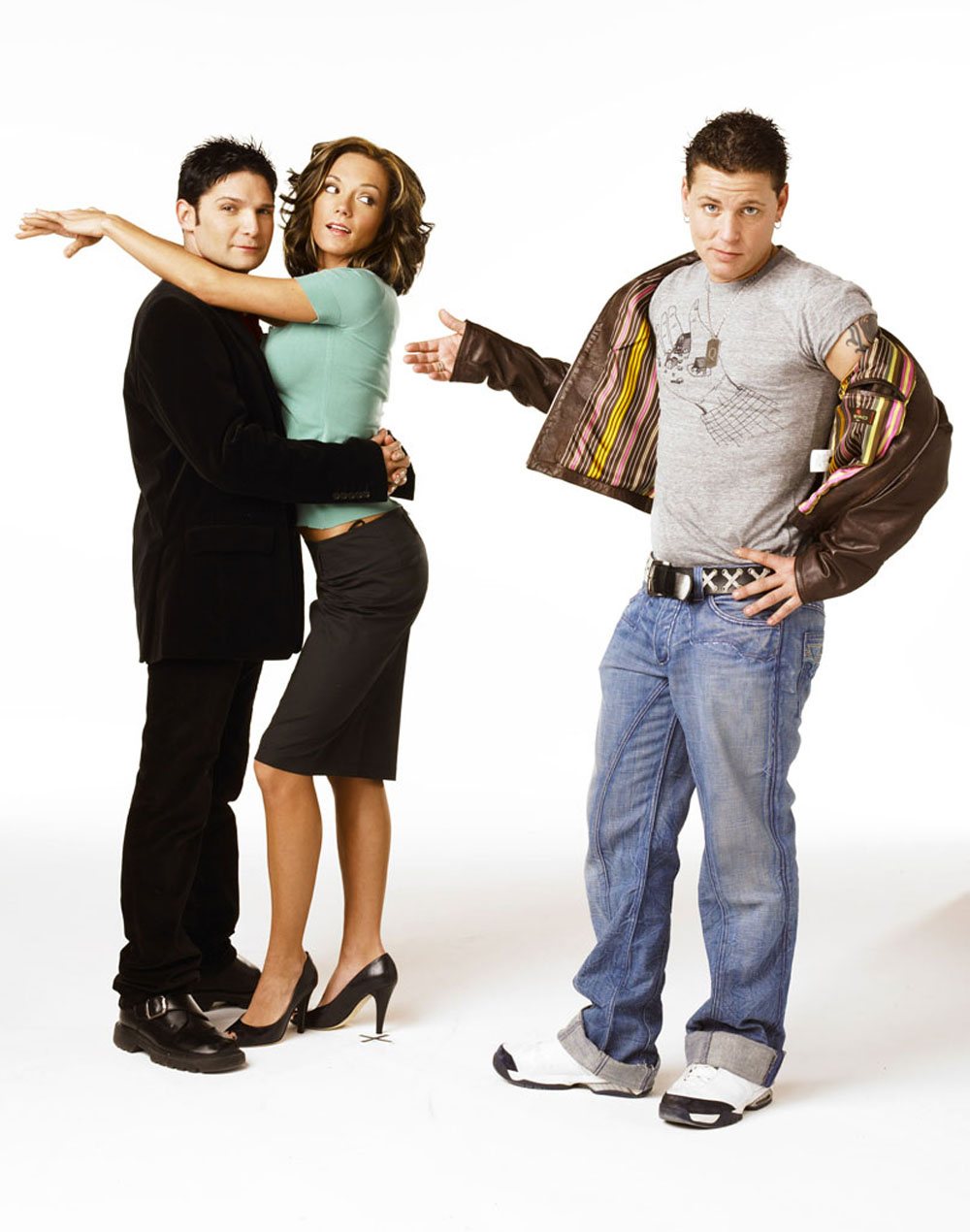 On Larry King Live, Corey Feldman, Haim’s personal friend and co-star in several films and the reality TV show The Two Coreys (above), slammed both Hollywood and the media for ridiculing former child stars:

“I appreciate the fact that everybody really cares and – and is trying to show their expression of – of sorrow right now. But at the end of the day, Larry, where were all these people the last 10 years, the last 15 years of Corey’s life?

“Corey was living in the Oakwood Apartments with his mom, very broke, very destitute. … He didn’t even have a car. Where were all these people to lend a hand out, to reach out to him and say, you know, you’re a legend, you’re – you’re an amazingly talented, wonderful person who’s really never gone out of his way to hurt anybody other than himself. He was there for his mom and he took care of her. He’s always been a good person.

“In this entertainment industry in Hollywood, we build people up as children, we put them on pedestals and then when we decide that they’re not marketable anymore, we walk away from them.

“And then we taunt them and we tease them and things like TMZ, outlets like that, where it’s acceptable in society, it’s OK for society, as a whole, to pole – to poke fun at, to – to point fingers at, to laugh at us as human beings. Why is it OK to kick somebody when they’re down?

Corey Feldman quote: Via Dylan Stableford’s article in The Wrap

Avatar, James Cameron’s 3D sci-fi extravaganza, is coming to DVD – but on 2D.

20th Century Fox announced today that Avatar will be released on Blu-ray and regular DVD on April 22, the 40th anniversary of Earth Day. Criticized by some for being racist, anti-American, anti-military, anti-human, pro-alien, and pro-paganistic, Avatar has been praised by others for its pro-nature approach.

It’s unclear when Fox will release the 3D DVD version of Avatar. Perhaps after the much-talked about rerelease later this year? After all, Avatar‘s chief selling point has been its 3D technology. If people can get that at their own homes – or at their neighbor’s home – will they be willing to shell out $15 to watch it on the big screen? (But then again, there aren’t enough 3D television sets out there; their numbers, however, have been growing rather rapidly.)

The DVDs won’t include any special features purportedly so Avatar will have top-notch picture and sound quality. In other words: Buy the 2D disc now. Buy the 3D disc later. Then by the Special 2D Edition later on. And then finally buy the Super Special 3D Edition further down the road. 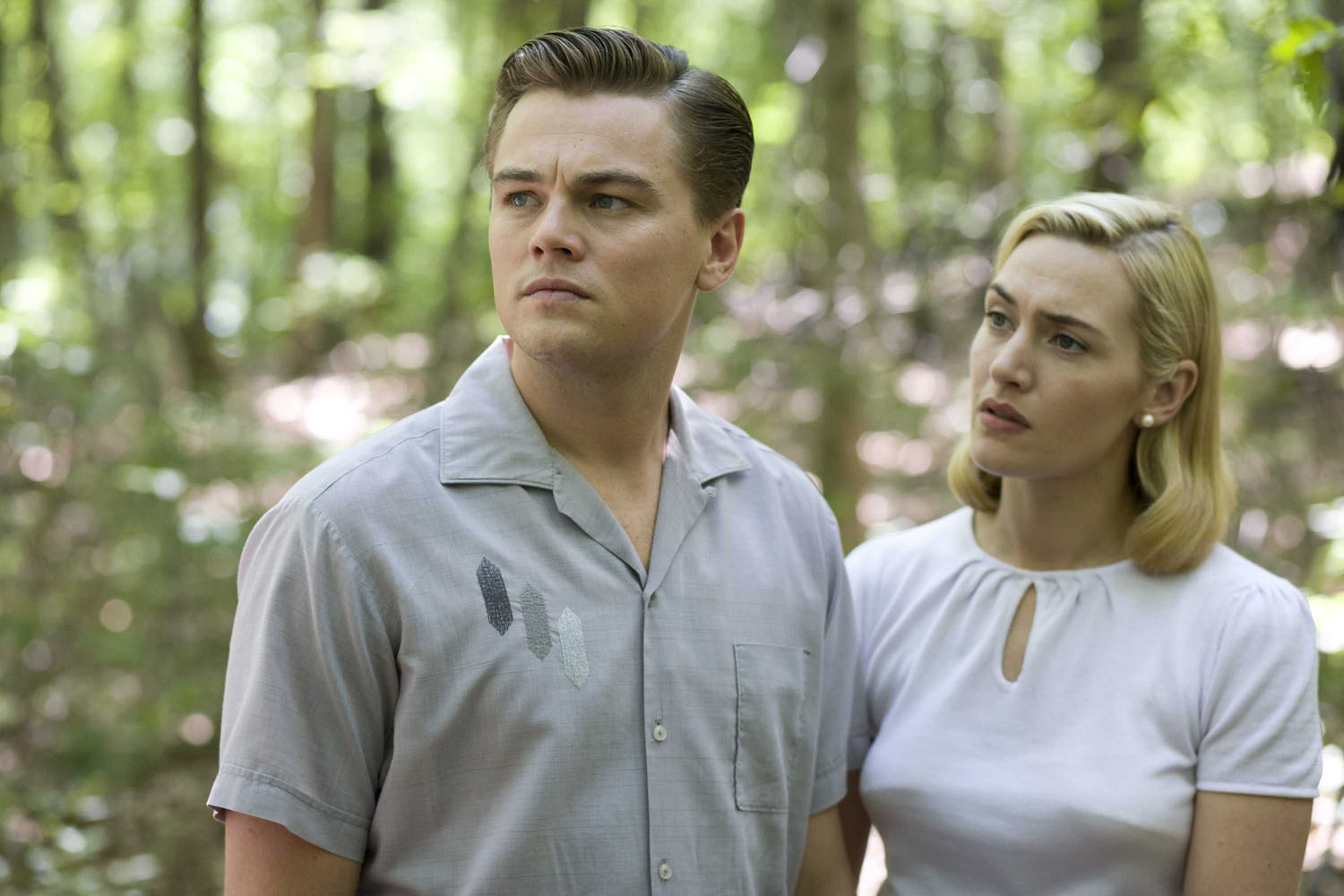 Kate Winslet, 34, and husband Sam Mendes, 44, have separated after nearly seven years of marriage. According to the couple’s law firm, Schillings, the split was “entirely amicable and is by mutual agreement.”

Winslet, who became an international star following her pairing with Leonardo DiCaprio in James Cameron’s Titanic in 1997, won a Best Actress Academy Award for her role as a former Nazi guard in Stephen Daldry’s controversial The Reader. She’s been nominated for five other Oscars: Sense and Sensibility (1995, supporting), Titanic (1997, lead), Iris (2001, supporting), Eternal Sunshine of the Spotless Mind (2004, lead), and Little Children (2006, lead).

Additionally, Winslet is scheduled to appear in the all-star Contagion, slated for a 2011 release. To be directed by Steven Soderbergh, the thriller about a deadly epidemic will also feature Marion Cotillard, Matt Damon, Gwyneth Paltrow, Jude Law, and Laurence Fishburne.

Sam Mendes won a Best Director Oscar for American Beauty (1999), which stars Kevin Spacey and Annette Bening. Among Mendes’ other screen credits are Road to Perdition (2002), with Tom Hanks and Paul Newman; Revolutionary Road, which reunited Winslet with DiCaprio – though grosses were only lukewarm; and the box office disappointment Away We Go (2009). Next, Mendes is slated to direct the 23rd James Bond thriller.

For her role as a frustrated suburban housewife, Kate Winslet won a Golden Globe for Best Actress (drama) a little over a year ago. In her acceptance speech, she told Mendes: “Thank you for directing this film, babe, and thank you for killing us every single day and really enjoying us actually being in such horrific pain. But I can honestly say with my hand on my heart that I loved every second of working with you and it’s made me love you more.”

Oscar Docs: ‘March of the Penguins’ & ‘An Inconvenient Truth’

The Cove, Man on Wire, March of the Penguins, Taxi to the Dark Side, Music by Prudence, and An Inconvenient Truth will be among the 12 Oscar-winning short and feature documentaries that will be screened as part of the Academy of Motion Picture Arts and Sciences’ “Oscar’s Docs, Part Six: Academy Award-Winning Documentaries 2004–2009” beginning Monday, March 22, at 7:30 p.m. at the Academy’s Linwood Dunn Theater in Hollywood. The screenings will be held Monday evenings and will conclude on May 3.

“Oscar’s Docs” is a comprehensive screening series of every short subject and feature to win the Academy Award for documentary filmmaking since the category was established in 1941. Part Six, the final installment in the series, includes the films that were honored earlier this month at the 2010 Academy Awards.

The retrospective will feature the best available prints from the documentary collection of the Academy Film Archive. Schedules permitting, every evening will feature panel discussions with the filmmakers.

Mighty Times: The Children’s March (2004) – 40 mins. Thousands of black schoolchildren deserted classrooms in Birmingham, Alabama, on May 2, 1963, touching off a week of mass demonstrations that shocked the nation.

A Note of Triumph: The Golden Age of Norman Corwin (2005) – 40 mins. On VE Day, Norman Corwin, the poet laureate of radio drama, presented his landmark broadcast, which electrified the nation. Featuring an onstage discussion with producer-director Eric Simonson and producer Corinne Marrinan.

March of the Penguins (2005) – 85 mins. Each year, Emperor penguins in Antarctica journey to participate in a courtship that, if successful, will result in the creation of new life. Featuring an onstage discussion with studio executives Mark Gill and Tracey Bing and composer Alex Corman.

The Blood of the Yingzhou District (2006) – 39 mins. Children of Yingzhou who have lost their parents to AIDS find their struggles complicated as traditional obligations to family and village collide with the terror of the disease. Featuring an onstage discussion with producer Thomas Lennon.

An Inconvenient Truth (2006) – 100 mins. Al Gore discusses the science behind global warming, how it has affected our environment, the disastrous consequences of inaction, and what individuals can do to help. Featuring an onstage discussion with director/executive producer Davis Guggenheim.

Taxi to the Dark Side (2007) – 106 mins. An investigation into the homicide of an innocent taxi driver at the Bagram Air Force Base in Afghanistan exposes a Bush Administration policy of detention and interrogation that condones torture and the abrogation of human rights. Featuring an onstage discussion with producer-director Alex Gibney and producer Eva Orner.

Smile Pinki (2008) – 39 mins. A social worker in India travels from village to village gathering patients for a hospital that provides free surgery to thousands each year. Featuring an onstage discussion with producer-director Megan Mylan.

Man on Wire (2008) – 94 mins. On August 7, 1974, a 24-year-old French high-wire artist named Philippe Petit performed one of the most astonishing feats of the late 20th century by stringing a thin cable between the two towers of the World Trade Center and walking across it.

Music by Prudence (2009) – 35 mins. A disabled Zimbabwean singer-songwriter offers a message of hope through her music.

The Cove (2009) – 94 mins. In a cove near the Japanese village of Taiji, a mass dolphin slaughter yields fraudulently labeled meat that finds its way into the lunches of schoolchildren.

Tickets for this final installment of “Oscar’s Docs, Part Six” are free, but advance tickets are recommended to ensure a seat. Tickets are available by mail, at the Academy box office (8949 Wilshire Boulevard, Monday through Friday, 9 a.m. to 5 p.m.), or online at www.oscars.org.

Doors open one hour prior to the event. All seating is unreserved. The Linwood Dunn Theater is located at the Academy’s Pickford Center for Motion Picture Study, 1313 Vine Street in Hollywood. For more information call (310) 247-3600 or visit www.oscars.org.

My Name is Khan is the best Movie ever