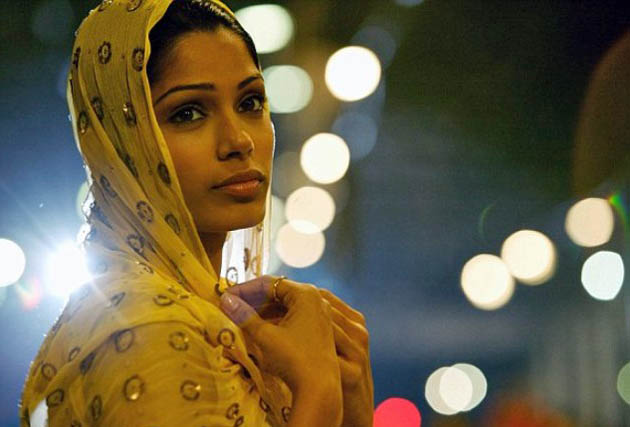 Slumdog Millionaire has to be there. Danny Boyle’s Bollywood-inspired sleeper hit has been winning nearly every single U.S. critics groups’ Best Film award and it has received two 2008 SAG Award nominations: Best Cast and a surprising Best Supporting Actor nod for Dev Patel (who just happens to be the film’s lead).

Superhero blockbuster for the Oscars?

The Academy tends to snub huge box office hits, partly because most of them are unadulterated garbage, partly because Academy members may feel that blockbusters don’t need any awards. That said, Peter Jackson’s three Lord of the Rings films did receive Best Picture nominations, and the same will likely happen in the case of the critically acclaimed The Dark Knight.

As for the curious case of The Curious Case of Benjamin Button: until today (Jan. 19), we had the unusual David Fincher-Brad Pitt collaboration in the Best Picture runner-up list, while John Patrick Shanley’s Doubt was one of our top five picks.

Their positions have now been switched; after all, even though The Curious Case of Benjamin Button has received mixed reviews, it is doing quite well at the U.S. box office and last week it received 11 nominations from the British Academy of Film. 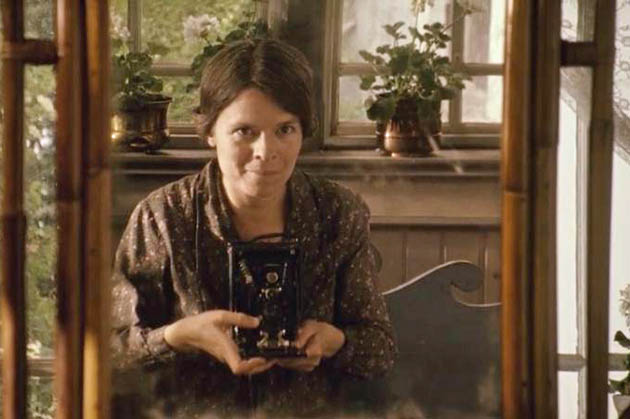 Everlasting Moments with Maria Heiskanen. Academy Award Predictions: Everlasting Moments may turn out to be veteran Swedish filmmaker Jan Troell’s fourth film to be shortlisted in the Best Foreign Language Film category. The previous three: The Emigrants (1971), The New Land (1972), and The Flight of the Eagle (1982). Troell himself was a Best Director nominee for The Emigrants at the 1973 Academy Awards ceremony, which also featured his period drama starring Liv Ullmann and Max von Sydow as a Best Picture nominee and The New Land in the running for Best Foreign Language Film.

The Academy Awards’ Best Foreign Language Film category has usually been difficult to predict because submission and voting procedures tend to be complex – and ultimately ineffectual in terms of guaranteeing either fairness or quality.

In order to be eligible to vote for the nine semi-finalists in that category, one needs to watch (at least 20 or 30 minutes of) only 20 or so of the approximately 65 annual submissions. Then a second group of about 20 Academy members steps in to select the five nominees.

This year, an Academy committee will handpick three films among the semi-finalists to ensure that no Volver or 4 Months 3 Weeks and 2 Days is left off of the roster. We’ll eventually find out whether this new process will make that much of a difference when it comes to the final results.

Update: It didn’t make much of a difference. Matteo Garrone’s widely praised 2008 European Film Award winner Gomorrah was left out of the list of nine semi-finalists.

As a result, we’ve had to remove it from our list. In its place, we’ve added the Japanese drama Departures, which has also been garnering much praise. Besides, unlike Gomorrah, Departures deals with death in a more audience- and Academy-friendly manner.

The return of Jan Troell?

As for the others on the Best Foreign Language Film shortlist … Three of veteran Jan Troell’s films have been nominated in the Best Foreign Language Film category (The Emigrants, 1971; The New Land, 1972; The Flight of the Eagle, 1982), while Troell himself received a Best Director nod for The Emigrants, which, back in early 1973, became only the third non-English-language film to get an Oscar nomination in the Best Picture category. (Its predecessors: Jean Renoir’s Grand Illusion, 1938; Costa-Gavras’ Z, 1969.)

All that bodes quite well for Everlasting Moments. Especially when one considers that many – most? nearly all? – Academy members who vote in the Best Foreign Language Film category have been around for decades, if not centuries.

Directed by Laurent Cantet, The Class arrives with a Palme d’Or pedigree, excellent notices, lots of underprivileged kids, and no dead fetuses. In other words, Academy members who watch this film should feel good, which will probably make them more inclined to give this particular Cannes winner their vote.

Directed by Uli Edel, The Baader Meinhof Complex mixes action with the politics of terrorism. The real-life-based thriller has received a 2008 Golden Globe nod, which brings in publicity, which should bring in more butts to seats when it is screened for Academy members.

Waltz with Bashir may suffer the fate of Persepolis – which last year failed to get a Best Foreign Language Film nod, but ended up listed among the three Best Animated Film contenders. Nonetheless, for the time being we’re willing to bet that this animated anti-war documentary with an Israeli setting – especially when taking into account the current Gaza situation – will be included among the five Best Foreign Language Film nominees.

From Chile to Iran

Below is our list of Best Foreign Language Film Oscar runners-up: 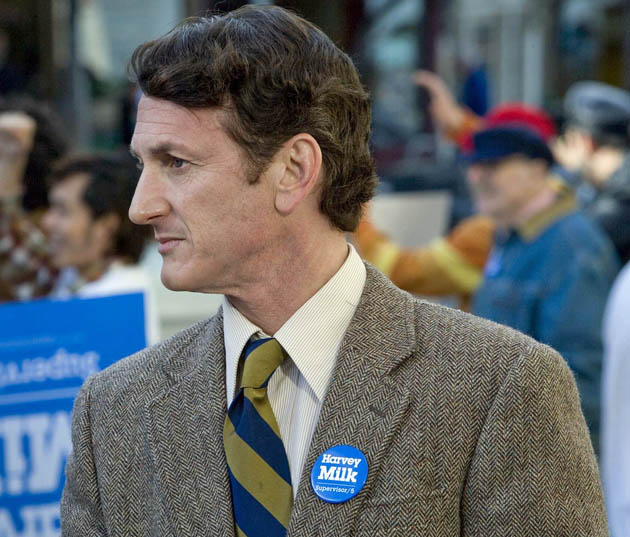 Milk with Sean Penn as Harvey Milk. Academy Award Predictions: Dustin Lance Black will surely receive an Oscar nomination for Best Original Screenplay for his depiction of the life and times of San Francisco Board of Supervisors’ openly gay member Harvey Milk in Gus Van Sant’s Milk. Harvey Milk (1930–1978) became a “gay martyr” after being shot dead, along with San Francisco Mayor George Moscone, by a demented Board member, Dan White – who, as the U.S. justice system would have it, received a slap on the wrist by way of a manslaughter sentence. Best Actor Oscar winner Sean Penn (Mystic River, 2003) is also expected to get shortlisted.

Below is our list of the five likely Best Original Screenplay Oscar finalists:

Below are our Best Adapted Screenplay predictions:

Best Adapted Screenplay runners-up: Either David Hare (The Reader) or Justin Haythe (Revolutionary Road) may end up getting shortlisted instead of the Nolan brothers.

Long shot: John Ajvide Lindqvist (Let the Right One In).

Below is our list of likely Best Documentary Feature Oscar contenders.

Best Documentary Feature is another specialty Oscar category, which makes it difficult to hazard a guess. So, why these picks? 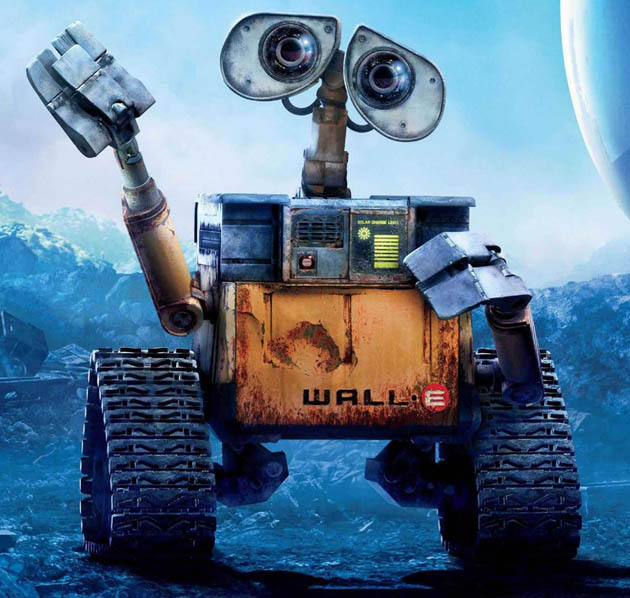 Barring a major upset, the three films listed below will be found on the Academy’s shortlist. The only other possibility is Bolt, which could take the Kung Fu Panda spot.

Waltz with Bashir would have to be very unlucky to be shut out of both the Best Foreign Language Film and the Best Animated Feature categories. It’s more likely that it’ll be very lucky, getting shortlisted in both.

BEST SONG
“Another Way to Die” from Quantum of Solace.
“Down to Earth” from WALL-E.
“Jai Ho” from Slumdog Millionaire.
“Once in a Lifetime” from Cadillac Records.
“The Wrestler” from The Wrestler.

BEST VISUAL EFFECTS
The Dark Knight.
Iron Man.
Journey to the Center of the Earth.