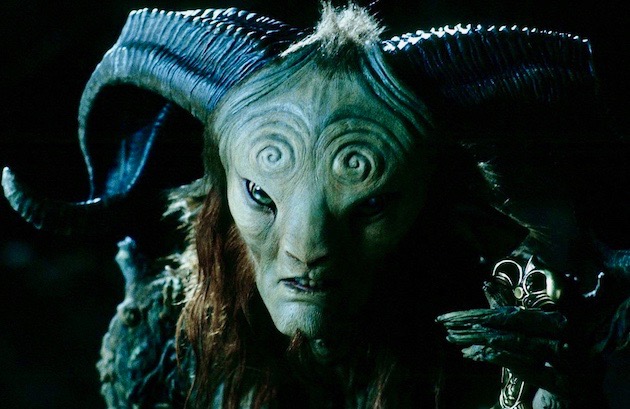 Pan’s Labyrinth with Doug Jones as the Faun. Whereas Pedro Almodóvar’s Volver received on single Academy Award nomination – Penélope Cruz is up for Best Actress – Guillermo del Toro’s Spanish-Mexican dark fantasy Pan’s Labyrinth / El Laberinto del fauno has been shortlisted for a total of six Oscars, including Best Foreign Language Film (representing Mexico) and Best Original Screenplay for del Toro. The filmmaker, in fact, is one of numerous Mexicans in the running for the 2007 Oscars, along with a number of Spaniards and at least one Argentinean (Gustavo Santaolalla). In all, this is surely one of the most international Academy Awards in history.
Contents hide
1. The international Academy Awards: ‘So many Mexicans!’ + the British are back
1.1. Mexicans at the Oscars
1.2. Non-Mexican Spanish-speaking Oscar nominees
1.3. British talent everywhere
1.4. Where’s Bond?
1.5. The Good
1.6. The Bad
1.7. The Surprising
1.8. The Curious
1.9. The Tedious
1.10. Academy Awards: Winners & nominations
2. “Academy Awards: Mexicans Invade the Oscars!” endnotes

The international Academy Awards: ‘So many Mexicans!’ + the British are back

“There’s so many Mexicans!” exclaimed Mexican actress Salma Hayek, too excited to conjugate her verbs properly, upon announcing – along with Academy of Motion Picture Arts and Sciences President Sid Ganis – the “top” nominees for the 2007 Academy Awards. The announcements were made earlier today, Jan. 23, at the Academy’s Samuel Goldwyn Theater in Beverly Hills.

Mexicans at the Oscars

Whether or not announced by the Oscar-nominated Frida actress and the Academy president, below are most (all?) of the “so many Mexicans” – including no less than three Guillermos – in contention for the 2007 Oscars:

Okay, so Cruz is a Spaniard – the first ever to receive a Best Actress nod – but Hayek was feeling so enthusiastically red-white-and-green she probably got all geographically incorrect. Not that most Americans would know the difference between Mexicans and Spaniards, anyway.

For those who do know the difference, among the other non-Mexican Spanish-speakers in contention this year are:

Competing against the Mexicans are the British. Among them:

Additionally, a number of non-British nationals received nominations for their work in British or part-British productions, including:

Missing in action, however, was Martin Campbell’s much-ballyhooed James Bond flick Casino Royale, one of the top nominees at this year’s British Academy Awards. Until fairly recently, there was even (however absurd) talk that Daniel Craig might get a Best Actor Oscar nod.

But why was this well-reviewed brainless actioner completely ignored by the Academy of Motion Picture Arts and Sciences?

Whatever the reasons, James Bond is one Britisher who failed to accomplish this important cinematic mission. 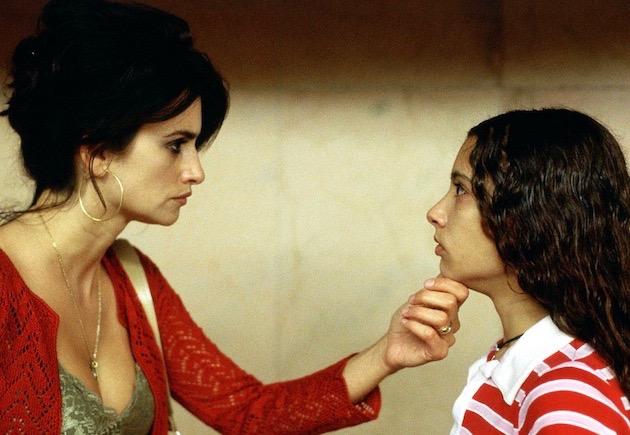 Volver with Penélope Cruz and Yohana Cobo. In Pedro Almodóvar’s female-centered Spanish family comedy, Penélope Cruz plays an explosive Anna Magnani type who happens to be the sister of lowkey Lola Dueñas, the mother of teenager Yohana Cobo, and the daughter of back-from-the-dead Almodóvar veteran Carmen Maura (Law of Desire, Women on the Verge of a Nervous Breakdown). Cruz also happens to be the only Volver talent to have been shortlisted for this year’s Academy Awards, joining numerous other Spanish speakers – particularly Mexicans – vying for an Oscar statuette.

First of all, we like – a lot – the Best Actress nominees. For once, the Academy has selected five performances that are more than merely adequate, more than merely good, more than merely very good: Penélope Cruz, Meryl Streep, Kate Winslet, Judi Dench, and Helen Mirren are all superb as earth mothers, bitch fashionistas, adulterous housewives, desperate lesbians, and stoic but warm-hearted queens.

We also like the fact that this year’s Oscars are remarkably international. Besides the Mexicans/Spanish-speakers and the British/British-associated contingent, there are, to name a few:

Here is one more great inclusion and one welcome exclusion:

What’s bad about this year’s Oscars?

Here’s what we didn’t like about the 2007 Oscar nominations & snubs:

What’s surprising about this year’s Oscars?

Besides the sheer number of Mexican nominees* the two biggest eyebrow-raisers are:

* The British have been, off and on, invading the Oscars since Alexander Korda’s The Private Life of Henry VIII back at the 1934 ceremony. So, their strong presence this year shouldn’t be seen as a “surprise.”

What’s curious about this year’s Oscars?

Below are a couple of Oscar 2007 curiosities:

What’s tedious about this year’s Oscars?

The Oscar telecast – inevitably. Next Feb. 25, at the Kodak Theatre at Hollywood & Highland in Los Angeles.

Update: Below is the full list of this year’s Oscar winners and nominees. 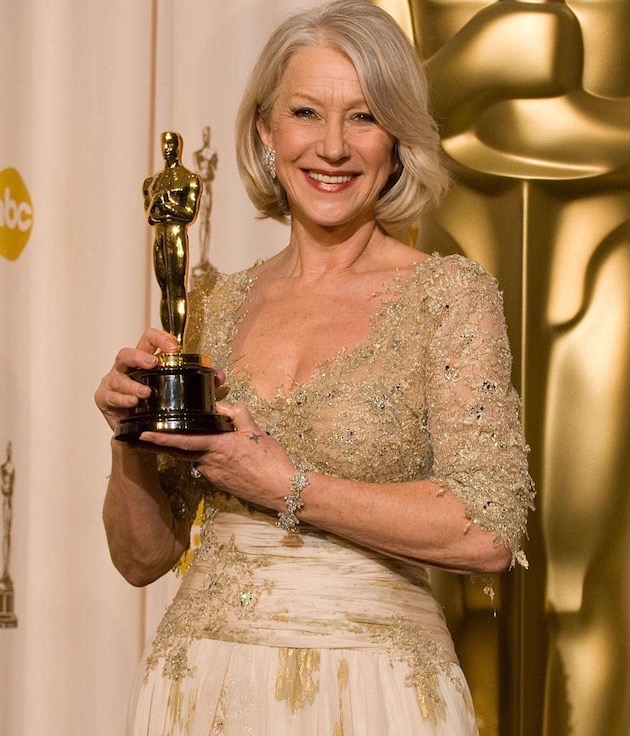 Helen Mirren: Best Actress Oscar winner for The Queen in a remarkably international year replete with British nationals, Mexicans, and other Spanish speakers. Though in movies since the late 1960s (Age of Consent, Excalibur) – and despite a couple of Best Supporting Actress Academy Award nominations (The Madness of King George, 1994; Gosford Park, 2001) – in the last four decades Helen Mirren was best known for her stage and TV work. That’s all changed thanks to her – now Oscar-winning – portrayal of Queen Elizabeth II in The Queen. Helen Mirren Best Actress Oscar photo: © A.M.P.A.S.

There may be a short subject compilation out on DVD. Try doing an online search.

My brother has a dystonic arm.
We’d like to purchase Fleisher’s “Two Hands” story on DVD.

How do we go about that?