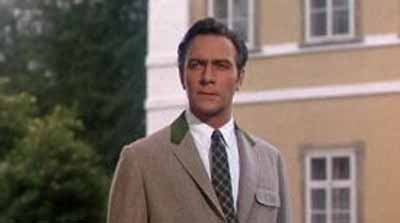 The biggest surprise in the list of 2007 membership invitations sent out by the Academy of Motion Picture Arts and Sciences is the presence of Christopher Plummer (above). I’d have thought that Plummer had been an Academy member since – at least – 1966. Perhaps the veteran Canadian actor – the (male) star of The Sound of Music, for Zeus’ sake! – keeps refusing (or ignoring) the invitations. If so, the Academy is not one to give up.

This year, the Academy has invited a total of 115 artists and executives who, as per its press release, “have distinguished themselves by their contributions to theatrical motion pictures.”

The Academy and its voting procedures suffer from countless flaws, but in all justice, the Hollywood-based (or Beverly Hills-based if you want to be literal) organization has one aspect that is superior to all other film academies that I’m aware of. Perhaps because it’s not called “the American Academy of …” talent from foreign film industries are not only allowed but encouraged to become members – unlike what usually happens at film academies elsewhere.

Even though the Academy undeniably suffers from a nativist bent in its voting choices – U.S. productions clearly have an edge over films made in other countries, especially those in a language other than English – it’s the only Academy I know that allows talent from foreign film industries to be nominated and (every once in a while) to win in regular categories.

A maximum of nearly 150 new members were to be allowed into the organization in 2007, “but as in the previous three years, the various branch committees endorsed far fewer candidates than were proposed to them.” In the past four years, the Academy’s voting membership has held steady at almost 6,000 members.

Last week, the governors of the Academy of Motion Picture Arts and Sciences changed a few rules for the 80th Academy Awards.

The most notable adjustment pertains to the best film category. Although one of the rules still states that only “three or fewer producers who have performed the major portion of the producing functions,” will be eligible to receive Oscar nominations, added wording now allows for possible exceptions to that limit.

Additionally, as per the Academy’s press release:

“The definition of an animated feature film was altered to further clarify the requirements for that category, in light of the emerging technologies now being used in the production of some movies. An animated feature film is now defined as a motion picture of at least 70 minutes in running time, in which movement and characters performances are created using a frame-by-frame technique. In addition, a significant number of the major characters must be animated, and animation must figure in no less than 75 percent of the pictures running time.

“New language concerning digital cinema qualification standards, necessary to accommodate evolving equipment and formats, was approved earlier this year. Also approved at that time were the rules for the Documentary and Short Film categories. Documentary theatrical rollout requirement deadlines were moved up, and all documentary and short films may now qualify via the digital cinema requirements as defined for either the 80th or the 79th Academy Awards.”

Next, perhaps a sane Academy member will help to fully revamp the foreign-language film category, allowing for multiple films per country while taking away the power from a few dozen (if that many) Academy members who bother to vote in that category.

Complete rules for all categories can be viewed online at www.oscars.org/80academyawards/rules/index.html.

The 80th Academy Awards presentation will held on Sunday, February 24, 2008.

The Academy of Motion Picture Arts and Sciences has mailed Foreign Language Film award entry forms to a record 95 countries, thus, as per the Academy’s press release, “facilitating their submissions” for the 80th Academy Awards.

To qualify for the 2007 Oscars, a foreign-language film must obey the following criteria:

Since only one picture will be accepted from each country, that means that no matter how good the 2007 output of, say, France, only one French film will be considered for the foreign-language Oscar. Unfair? Absolutely. Imagine if they had similar rules for the best picture award, i.e., only one film per U.S. distributor could be submitted in that category.

No wonder countries with diverse “quality” output opt to submit films under the guise of another nationality, as was the case with last years Indigènes / Days of Glory, a mostly French production, directed and co-written by Paris-born Rachid Bouchareb, but that was submitted and eventually nominated as an Algerian film. (Some of the funds and the directors ancestors hailed from Algeria.)

Obviously, the “seven consecutive days” don’t have to be all in the same calendar year.

Here’s an example of an Oscar-nominated latecomer: Jim Sheridan’s In the Name of the Father opened on Dec. 29, 1993, and went on to receive seven nominations, including Best Picture, Best Director, Best Actor (Daniel Day-Lewis), and Best Supporting Actress (Emma Thompson).

Countries that have not received entry packets but are interested in submitting a film for consideration should contact Awards Coordinator Torene Svitil at (310) 247-3000, ext. 116, or via e-mail at tsvitil@oscars.org.

The next Academy Awards ceremony will be held at the Kodak Theatre at Hollywood & Highland Center on Sunday, February 24, 2008.