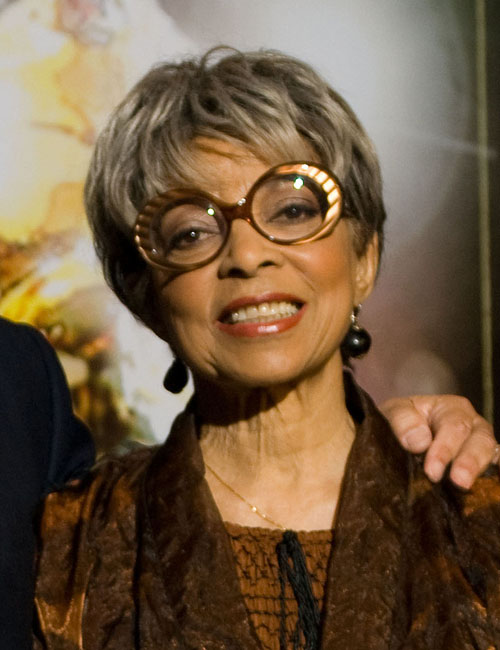 The Academy of Motion Picture Arts and Sciences is inviting 105 artists and executives to join its ranks of voting members in 2008.

Among the invitees are several of this year’s Oscar nominees and winners, including best actress winner Marion Cotillard, Best Supporting Actress nominee Ruby Dee (right, who should have been a member since 1961, at least), director Jason Reitman, and screenwriters Tamara Jenkins, Diablo Cody, and Nancy Oliver.

As per the Academy’s press release, “the membership policies that the Academy adopted in 2004 in order to slow the growth of the organization would have allowed a maximum of 137 new members in 2008, but as in the previous years, the various branch committees sometimes endorsed fewer candidates than were proposed to them. Voting membership in the organization has now held steady at just under 6,000 members since 2003.”

At a June 17 meeting, the governors of the Academy of Motion Picture Arts and Sciences approved the rules for the 81st Academy Awards. As per the Academy’s press release, the only “significant changes” were in the Music – Original Song and in the ever-evolving (sometimes devolving) Foreign Language Film Award categories. Other modifications consisted of “normal date changes and minor ‘housekeeping’ changes.”

As per the release, there were three noteworthy modifications in the Original Song category. They are:

“While there continues to be no limit on the number of songs from a given film that can be submitted for consideration, no more than two songs from any one film may be nominated for an Academy Award. [In 2008, three songs from Enchanted were nominated.]

“Also, in addition to the annual screening event at which members of the Music Branch view clips featuring the eligible songs as they appear in the films and vote, DVDs of those same clips will be made available to branch members who are unable to attend the screening; ballots will accompany the DVDs and must be returned by mail.

“Music Branch members who have one or more songs in contention for nominations do not vote in that phase of the balloting. They remain eligible to vote on the final ballot to select the winner.

The major change in the Foreign Language Film Award “is a procedural one rather than one in the rules per se.” The procedure in question is a result of the brouhaha that followed the foreign-language Oscar voting members’ leaving out of this year’s list of semi-finalists the acclaimed 4 Months 3 Weeks and 2 Days, Stellet licht, Persepolis, The Edge of Heaven, and Secret Sunshine. (The 2008 best foreign-language film Oscar winner was the mundane The Counterfeiters.)

According to the release, “for the 81st Academy Awards, the two-phase process by which the nominees are selected will remain intact. However, the Phase I committee – which is open to any voting member who views a minimum number of the eligible films – will now vote to determine only six of the nine films that will ultimately go to the Phase II committee. The other three titles will be determined by those members of the 20-member Foreign Language Film Award Executive Committee who have qualified to vote in the category. The executive committee’s selections will be made after the Phase I voting has been tallied.”

In other words, the Executive Committee will have to a say in the Phase I list so as to ensure that the foreign-language film voting members’ much-criticized choices aren’t the only ones up for an Oscar nomination. Once again, the Academy has opted to use a band-aid to cover up that category’s gaping hole.

Complete rules for all categories can be viewed online at www.oscars.org/rules.

Academy Award nominations in all categories will be announced on Jan. 22. In the United States, the 81st Academy Awards presentation will be telecast live by the ABC Television Network on Sunday, Feb. 22. 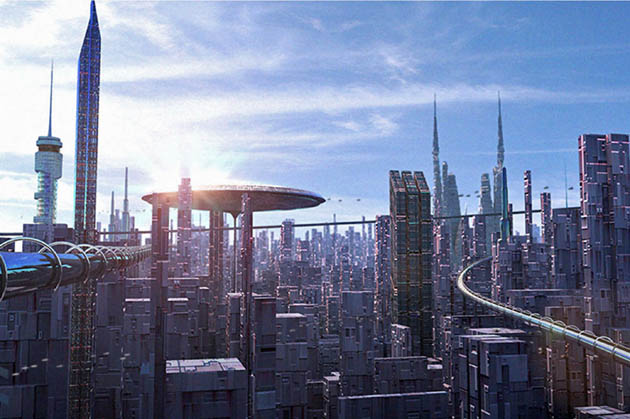 ‘Simulacra’ & ‘On the Line’ among Student Academy Award winners

*Only two medals were awarded in the Alternative category.

As per the Academy’s press release, “the U.S. students first competed in one of three regional competitions. Each of those regions was permitted to send as many as three finalist films in each of the four award categories. Academy members then screened the films and voted to select the winners.”

On the Line (Auf der Strecke) “was selected from a pool of 43 submissions, representing foreign colleges and universities in 29 countries.” 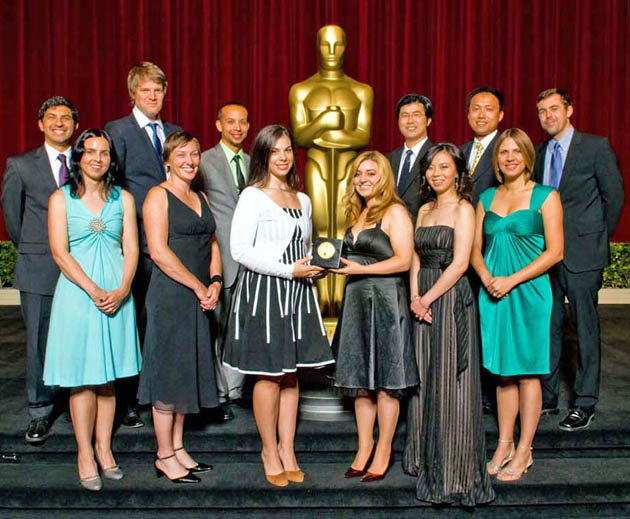 Featured in the Student Academy Awards winners group photo above are the following (from left to right): 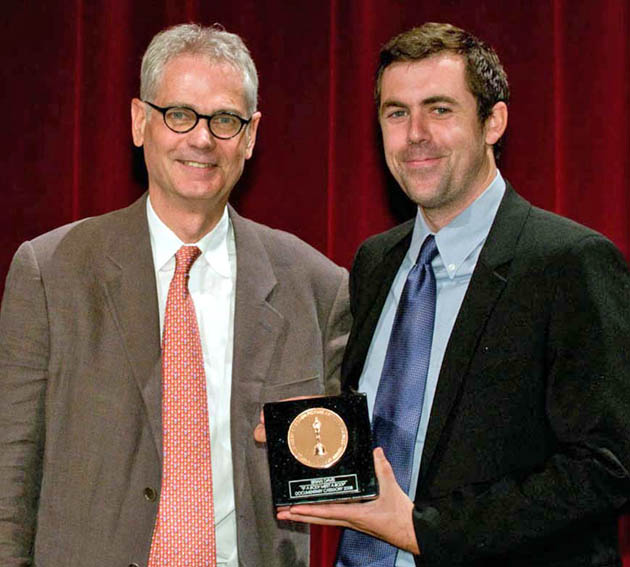 Caleb Deschanel, Brian Davis (If a Body Meet a Body)

Veteran Caleb Deschanel’s feature film credits as a cinematographer – about 20 overall, since the mid-1970s – include:

Deschanel has been nominated for five Academy Awards: 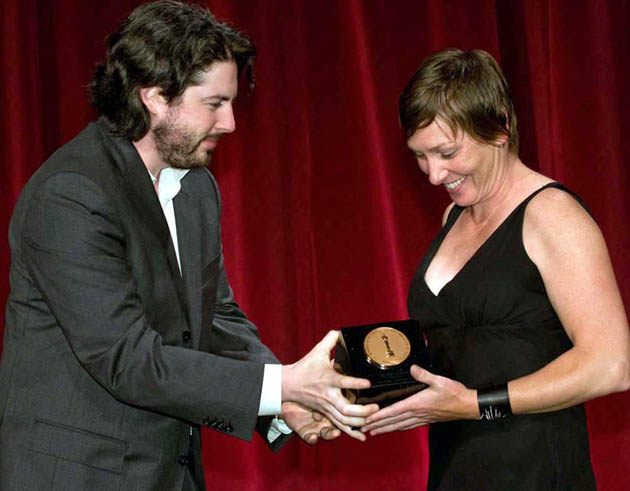 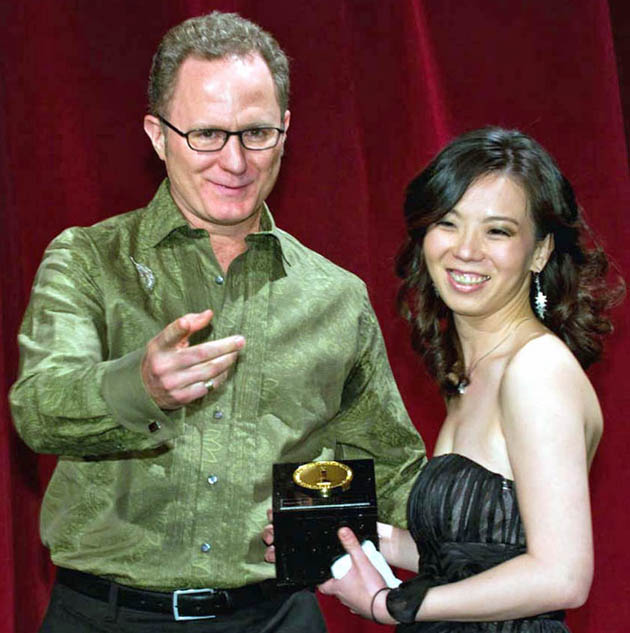 Todd Holland has been mostly a television producer-director. His TV credits include The Larry Sanders Show, Malcolm in the Middle, Ball & Chain, Fugly, and the 2006 version of The Time Tunnel, toplining David Conrad and Dion Luther.

While a UCLA student, in 1986 Todd Holland received the “Merit” accolade in the Student Academy Awards’ Dramatic category for the short Chicken Thing.