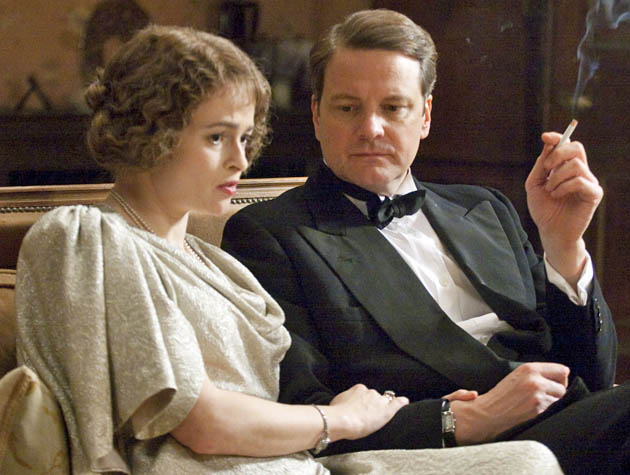 The Screen Actors Guild Award nominations have been announced. Tom Hooper’s period drama The King’s Speech and David O. Russell’s boxing drama The Fighter, both inspired by real-life stories, topped the feature film categories with a total of four nominations each.

They were followed by Lisa Cholodenko’s family comedy-drama The Kids Are All Right and Darren Aronofsky’s psychological drama/thriller Black Swan, with three nods apiece.

David Fincher’s The Social Network, the film to beat at the 2011 Oscars, earned a relatively modest two nods.

In the feature film categories, the vast majority of nominees were expected names:

Besides, Winter’s Bone John Hawkes was a possibility in the Screen Actors Guild Awards’ Best Supporting Actor category, albeit not exactly a strong one.

As for Hilary Swank’s surprising inclusion for the critical and box office disappointment Conviction, that can only be explained in case Screen Actors Guild members (the minority selecting the nominees) have a bizarre sense of humor and/or a secret desire to annoy Annette Bening.

In the feature film categories (individual nods), Bening has been shortlisted twice for the Screen Actors Guild Awards: in 1999 for American Beauty and in 2004 for Being Julia.

Both times, Swank was Bening’s competitor: in 1999 for Boys Don’t Cry and in 2004 for Million Dollar Baby.

The 2011 Screen Actors Guild Awards’ television categories feature an array of movie personalities. These include:

Additionally, Edgar Ramírez is a contender for Olivier Assayas’ Carlos. Ramírez may not be exactly an international movie star, but to date Carlos has received (big-screen) awards season recognition from a couple of U.S.-based film critics groups.

Among those missing from the Screen Actors Guild Awards’ feature film shortlists, whether in the lead or supporting categories, were the following:

A little-known performer in the U.S. and featured in a foreign (Australian) production, Jacki Weaver was ignored despite the kudos she has received from U.S.-based critics’ groups, in addition to a Golden Globe nomination. But that’s nothing new when it comes to the generally Hollywood-centered Screen Actors Guild Awards.

As for our Screen Actors Guild Awards’ predictions posted just a couple of hours ago, we got most – though certainly not all – of the nominees right.

Screen Actors Guild nominations – for the third time – have pitted Hilary Swank, a surprising Best Actress nominee for Conviction, against Annette Bening, an awards season favorite for her performance as a lesbian wife and mother in The Kids Are All Right. Despite the support of the Screen Actors Guild for both actresses, only one of them – Bening – will likely be shortlisted for the Oscars. 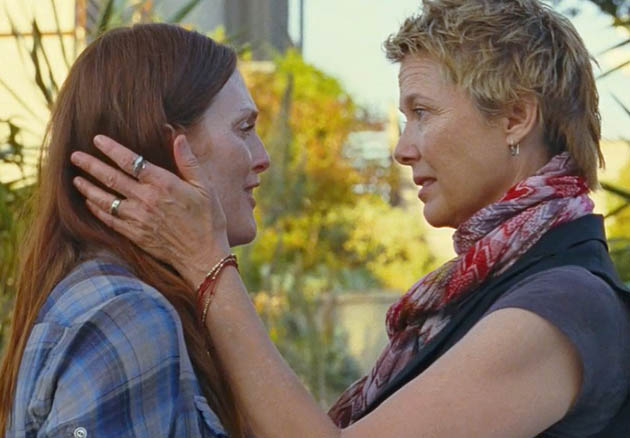 Below are our predictions for the 2010 SAG Awards in the Best Actress – or Best Female Actor – category:

Here’s one example of our many Can’t Go Wrong predictions: Jennifer Lawrence – a young performer seen in Debra Granik’s small, independently made Winter’s Bone – managed to nab a Golden Globe nomination for Best Actress Drama. It’s hard to believe that the Screen Actors Guild’s nominating committee will bypass the chance to have the year’s Cinderella shortlisted.

And here’s one of our few Can Go Wrong predictions: The Kids Are All Right costar Julianne Moore – in case she has been submitted in the Best Actress category – would be the wild card. In the acting department, most of the awards season chat about Lisa Cholodenko’s family comedy-drama has focused on Annette Bening.

Ultimately, Moore could end up getting a nomination if SAG’s voting committee really liked Cholodenko’s movie. Else, Blue Valentine actress Michelle Williams is the most likely candidate to take Moore’s place in the Best Actress Predictions list above.

For her work in Mike Leigh’s Another Year, 2010 National Board of Review Best Actress winner Lesley Manville stands a better chance at the (somewhat) more international-cinema-friendly Oscars. Even so, a SAG Award nomination for Manville wouldn’t be impossible.

After all, Brenda Blethyn was shortlisted back in 1996 for Leigh’s own Secrets & Lies, while Jane Horrocks received a nomination two years later for Mark Herman’s Little Voice. Both were independently made British productions.

But then again, apart from Marion Cotillard for Olivier Dahan’s La Vie en Rose in 2007, Blethyn and Horrocks are the only two “lesser-known” performers – in the United States – to be nominated for a Best Actress SAG Award for their work in non-U.S. productions.

I should add that actors in foreign-language films hardly ever get any love from the SAG Awards’ nominating committee.

Marion Cotillard and Penélope Cruz (for Pedro Almodóvar’s Volver, 2006) are the two exceptions in the Best Actress category. Well, unless you include Catalina Sandino Moreno in the U.S.-financed Maria Full of Grace (2004).

That’s why The Girl with the Dragon Tattoo star Noomi Rapace may also have better luck at the Oscars. 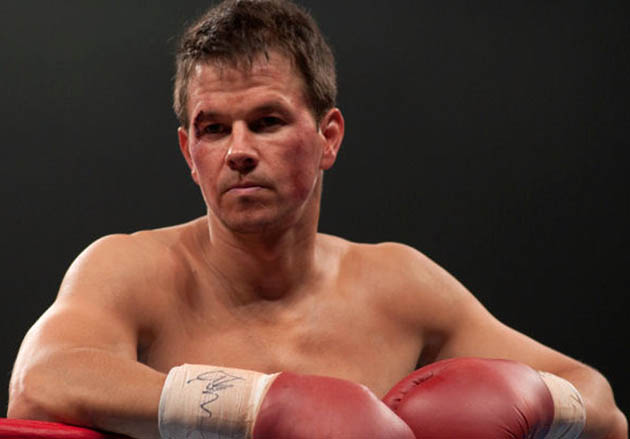 This is a crowded field. Although he has the title role in David O. Russell’s sleeper hit The Fighter, Mark Wahlberg is the wild card here; either Blue Valentine‘s Ryan Gosling or Get Low‘s Robert Duvall may take his place.

Leonardo DiCaprio, for his part, has been snubbed before – most glaringly for James Cameron’s Titanic back in 1997 and for Sam Mendes’ Revolutionary Road in 2008.

DiCaprio will quite possibly be snubbed again this year despite the critical and financial success of Christopher Nolan’s Inception. 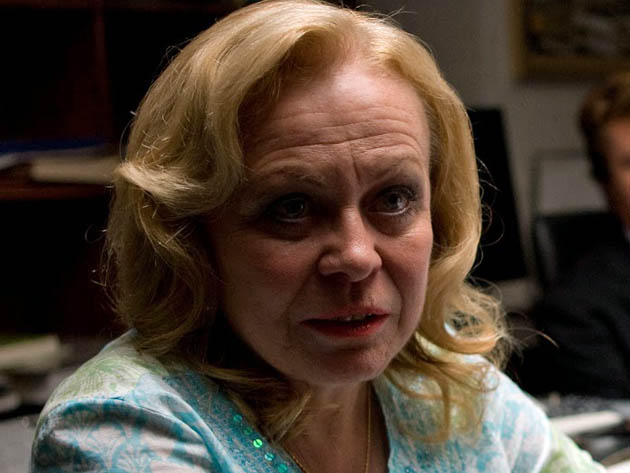 Jacki Weaver in The Animal Kingdom, an Australian crime drama directed by David Michôd. Eligibility for the SAG Awards can be an issue for some non-U.S. movies, but even when they’re at least theoretically in the running, the Screen Actors Guild nominating committee members – those who select the five final contenders – almost invariably ignore talent from other countries, no matter how acclaimed their work.

For the 2010 Best Supporting Actress SAG Award, here are our predictions:

That bodes well for the likes of Hailee Steinfeld and Jacki Weaver, and possibly Mila Kunis and Dale Dickey.

On the other hand, working against Jacki Weaver is that, as mentioned earlier in this post, non-American productions featuring lesser-known players in the United States usually don’t fare well at all with the SAG Awards’ nominating committee. Critical acclaim or no, Weaver is in contention for David Michôd’s crime drama Animal Kingdom – an Australian production.

In the Best Supporting Actress category, in the last decade the sole exception to the “non-U.S. & not well-known not welcome” rule has been (actually lead actress) Keisha Castle-Hughes’ nod for Niki Caro’s New Zealand-made drama Whale Rider back in 2003.

In case Jacki Weaver ends up out of the nominations shortlist, then Mila Kunis will most likely be in. Another possibility is that Hailee Steinfeld would be replaced by Kunis, who’s in the running for both the 2010 Critics’ Choice Awards and the Golden Globes (Steinfeld was snubbed by the Globes). 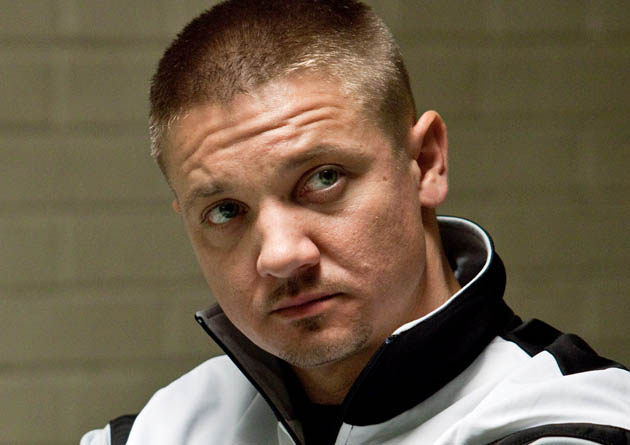 SAG Awards: Jeremy Renner is a wild card in the Best Supporting Actor category for his performance in Ben Affleck’s ensemble crime thriller The Town. Renner is up for a Golden Globe, and last year the SAG Awards shortlisted him in the Best Actor category for Kathryn Bigelow’s Iraq War drama The Hurt Locker. On his side is the fact that The Town has turned out to be a surprisingly solid domestic box office hit.

The 2010 SAG Award nominations will be announced in a few hours – at 9 a.m. ET (Dec. 16) to be exact. So, here are our last-minute Best Supporting Actor predictions:

Much like at the Oscars (think Caine, Freeman, Landau, Williams, Sean Connery, Alan Arkin), these wins can be seen as unofficial Career Awards.

Nominees, however, tend to be a varied bunch. Although veterans generally dominate the SAG Awards’ Best Supporting Actor shortlist as well, they not infrequently compete side by side with newcomers.

In 2008, Robert Downey Jr. was up against Dev Patel. In 2004, James Garner and Morgan Freeman were up against Freddie Highmore. In 1999, you had Michael Caine and Haley Joel Osment vying for the very same award.

Jeremy Renner is the big wild card here. Renner did get a Best Supporting Actor Golden Globe nomination for The Town and he was a Best Actor SAG Award nominee last year for Kathryn Bigelow’s The Hurt Locker.

Also on Renner’s side, Ben Affleck’s crime thriller will quite likely get a SAG Award nomination for Best Ensemble. Thus, Renner could easily replace either Garfield or Ruffalo – or even Michael Douglas, who should be getting the sympathy vote. 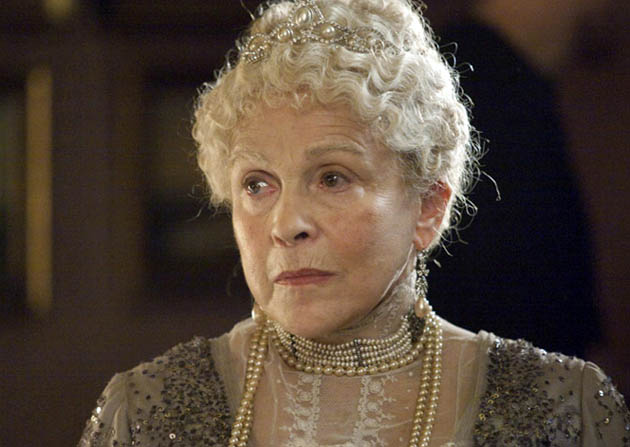 Predictions for Best Cast (or Best Ensemble) at the 2010 SAG Awards:

Golden Globe nominations or no, we don’t believe The Tourist or Burlesque stand a chance.

With the exception of David Fincher’s The Social Network – more because of its prestige than because of its cast – The Fighter, which may well land three or even four individual nominations, could easily replace any of the other shortlisted movies for Best Cast.

Now, which one? And how could we not have listed The Fighter if it’ll likely get several individual nods?

Well, the SAG Awards have made some inane Outstanding Performance by a Cast choices. “Inane” not because we disagree with them; whether or not one approves of SAG’s choices is irrelevant here. They’ve been inane at times merely because they don’t match SAG’s choices in the individual acting categories.

For instance, in 2009 Jason Reitman’s Up in the Air received three individual SAG Award nominations: Best Actor for George Clooney, and Best Supporting Actress for Vera Farmiga and Anna Kendrick – more than any other movie that year. Yet Up in the Air failed to be shortlisted for Best Cast.

In 2007, James Mangold’s 3:10 to Yuma and Adam Shankman’s Hairspray had their casts shortlisted despite the fact that none of the actors in question landed a single individual nomination.

Whether or not this can be explained as a George Clooney SAG Award curse, it’s all quite absurd.

Back to our 2010 SAG Awards’ predictions: 127 Hours, Blue Valentine, and Rabbit Hole, no matter how well-liked by Screen Actors Guild members, stand little chance of landing a Best Performance by a Cast nomination. That’s because these movies don’t quite have what you’d call an extensive list of “important” characters.