‘After Winter Comes Spring’: Movie Series Celebrating the Fall of the Berlin Wall 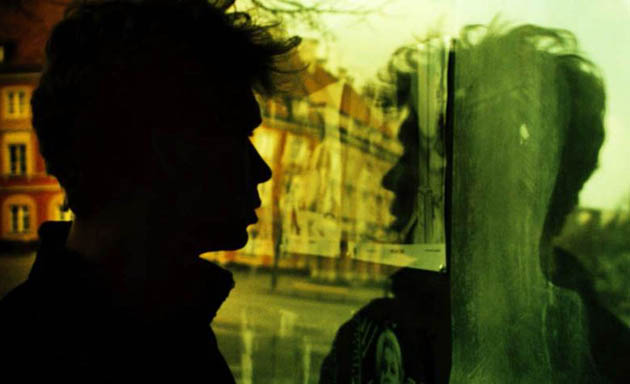 A Short Film About Killing with Miroslaw Baka. One of the films to be shown in the series “After Winter Comes Spring: Films Presaging the Fall of the Wall” is an extended segment from Krzysztof Kieslowski’s Decalogue / Dekalog film series – originally made for Polish television: A Short Film About Killing, tackling the Bible’s Fifth Commandment, which for Catholics goes something like, Thou Shalt Not Kill. Written by Kieslowski and Krzysztof Piesiewicz – with whom the filmmaker would collaborate on the Three Colors trilogy: Blue, White, and Red – A Short Film About Killing connects two different types of murder: personal and state-sanctioned.
Contents hide
1. Berlin Film Festival: Series of Eastern European films will commemorate 20th anniversary of the fall of the Berlin Wall
1.1. ‘After Winter Comes Spring’ movies
1.2. ‘Artistic and political possibilities under totalitarian rule’
1.3. Audience participation & new prints
1.4. Bruce La Bruce Retrospective: When politics, social conventions & explicit sex collide
1.5. Sundance Film Festival: Feasting on movie stars
1.6. Sundance documentaries
1.7. Proposition 8 boycotts?
1.8. World Cinema Documentary Competition

Berlin Film Festival: Series of Eastern European films will commemorate 20th anniversary of the fall of the Berlin Wall

Commemorating the 20th anniversary of the fall of the Berlin Wall, the 2009 Berlin Film Festival will serve as the launching pad for the German Federal Cultural Foundation and the Deutsche Kinemathek series “After Winter Comes Spring: Films Presaging the Fall of the Wall.”

This is from the Berlin festival’s press release:

“… ‘After Winter Comes Spring’ will present films made in both Germanys and Eastern Europe during the last decade of the Cold War – films that convey a sense of the radical changes to come. Some of these works were made in the official studios of Bulgaria, Czechoslovakia, East Germany, Hungary, Poland, Romania, and the Soviet Union. Others were realized more at the fringes, e.g., by underground artists.

“Curated by Claus Löser, this selection of feature and documentary works, as well as animated, short and experimental films[,] includes big names from film history – e.g., Krzysztof Kieslowski and Jan Svankmajer – and lesser-known filmmakers. Their works formulate the hope of a political or economic opening and, above all, artistic freedom. They pushed boundaries in both form and content, while boldly articulating the need for reform.”

Some of the “After Winter Comes Spring” films will be shown in Germany for the first time, among them Piotr Szulkin’s “initially banned fatalistic science-fiction parable about daily life under a dictatorship,” The War of the Worlds – Next Century / Wojna swiatów – nastepne stulecie (Poland, 1981–83), and András Jeles’ “surreal portrait of manners from Budapest,” Little Valentino / A kis Valentinó (Hungary, 1979).

Also screening will be:

“After Winter Comes Spring: Films Presaging the Fall of the Wall” will take place at the CinemaxX 8 at Potsdamer Platz and the Zeughauskino, Unter den Linden.

Audiences will be able to take part in discussions with the directors, and a “special event” is scheduled to accompany “After Winter Comes Spring.” New prints are supposed to be struck of all the films in the series.

Following the Berlinale 2009 screenings, the “After Winter Comes Spring” films will be shown in other venues across Germany. 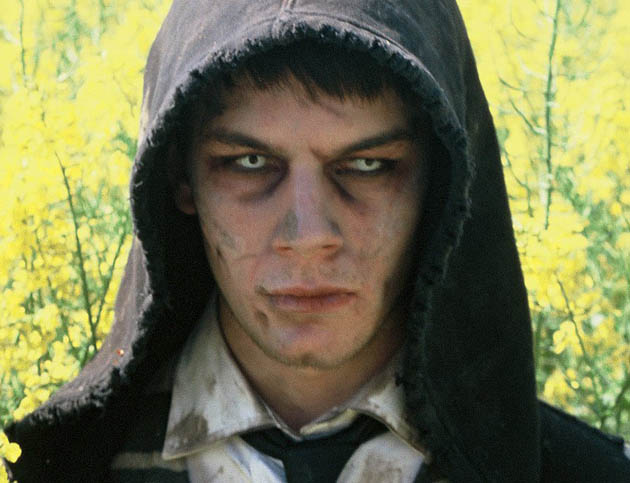 Otto; or, Up with Dead People with Jey Crisfar. The Bruce La Bruce retrospective at Toronto’s Royal Cinema includes a screening of his latest mix of psychology, social commentary, anarchy, meandering narratives, and explicit sex, Otto; or, Up with Dead People, starring Belgian actor Jey Crisfar as a solitary zombie roaming the streets of Berlin, where he becomes the subject of a documentary, is beaten up by a group of thugs, and gets laid.

Dec. 4: Below is the intro to the Bruce La Bruce Retrospective to be held at Toronto’s The Royal Cinema.

“In our era of commercialism, Bruce La Bruce’s films remain committed to pushing the boundaries of cinema, society, moral comfort – and yes, even taste – in his desire to demystify and explore at any cost worlds many deem taboo.

“A writer, editor, actor, and photographer, LaBruce is most widely known as an auteur whose films challenge and invert the way contemporary culture is depicted and celebrated.

“The Bruce La Bruce Retrospective gives audiences the opportunity to experience this one-of-a-kind artist’s amazing output, meet the director himself, and learn how to make films outside the system.”

Besides Bruce La Bruce’s latest, Otto; or, Up with Dead People, starring Jey Crisfar as a neo-Goth zombie suffering from an identity crisis, the mini-retrospective will screen the following: 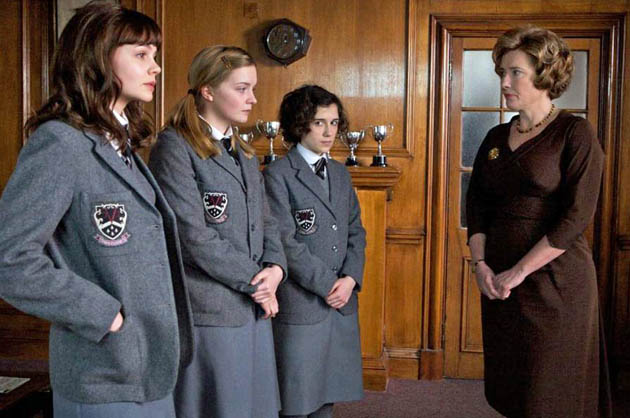 An Education with Emma Thompson, Carey Mulligan, Amanda Fairbank-Hynes, and Ellie Kendrick. Next year’s Sundance Film Festival will screen a number of movies featuring big names, among them two-time Oscar winner Emma Thompson (as Best Actress for Howards End, 1992; in the Best Adapted Screenplay category for Sense and Sensibility, 1995) in Lone Scherfig’s early 1960s-set An Education, starring Carey Mulligan as a teenager who becomes involved with thirty-something Peter Sarsgaard.

The 2009 edition of the Sundance Film Festival, which runs Jan. 15–25 in Park City, Utah, seems to be focused on more commercial fare. If so, that’s understandable considering that for the most part Sundance films have been flopping left and right at the U.S. box office. That is, when they find distribution.

This year, there are quite a few films – many of which seem to be about romantic endeavors – featuring name talent. Examples include:

As usual, some of the Sundance Film Festival documentaries have a clear sociopolitical bent. Among them:

But there’s also lighter stuff, such as:

Talks of Proposition 8 boycotts, which have been plaguing the Sundance festival since the United States’ Nov. 2 election and the illegalization of gay marriage in California, have slowed down somewhat.

Even so, Michael Cieply reports in the New York Times that festival organizers “will make certain that no film is screened only in the Holiday Village theater in Park City, operated by Cinemark, a chain whose chief executive, Alan Stock, donated to Proposition 8’s backers in the November election. The idea is to give anyone who has qualms about Cinemark the opportunity to see a movie somewhere else.”

Coincidentally or not, after a cursory glance at the Sundance movies’ plots, out of the 100+ films in competition the only one that seems to have what might be taken as a “gay theme” is Lynn Shelton’s Humpday, a comedy about straight male bonding gone amok. (Update: Sundance 2009 has few more gay-related titles.)

Afghan Star / Afghanistan and U.K. (Director: Havana Marking).
After 30 years of war and Taliban rule, “Pop Idol” has come to television in Afghanistan – and millions are watching and voting for their favorite singer. This film follows the dramatic stories of four contestants as they risk their lives to sing. North American premiere.

Burma VJ / Denmark (Director: Anders Østergaard).
In September 2007, Burmese journalists risking life imprisonment to report from inside their sealed-off country are suddenly thrown onto the global stage as their pocket-camera images of the Saffron Revolution make headlines everywhere. World premiere.

The End of the Line / U.K. (Director: Rupert Murray).
Based on the book by journalist Charles Clover, the film reveals the devastating effects of global overfishing on fish stocks and the health of our oceans. World premiere.

Kimjongilia / France and U.S. (Director: N.C. Heikin).
Defectors from North Korea finally speak out about the terrifying reality of their lives and escapes. World premiere.

The Queen and I / Drottningen och jag / Sweden (Director: Nahid Persson Sarvestani).
Swedish filmmaker Sarvestani, an Iranian exile who helped overthrow the Shah’s regime in 1979, confronts her own assumptions and complex truths about Iran when she enters the life of the Shah’s widow. World premiere.

Quest for Honor / Kurdistan and U.S. (Director: Mary Ann Bruni).
A former teacher and tireless activist works with local lawmen, Kurdish government agencies and her colleagues to investigate and eradicate honor killings in the tribal regions of Kurdistan. World premiere.

Thriller in Manila / U.K. (Director: John Dower).
A tale of betrayal stoked by the racial politics of 1970s America, the film chronicles the most intense and bitter sporting rivalry to date: the 1975 final boxing match between Muhammad Ali and Joe Frazier. North American premiere.

Tibet in Song / U.S. (Director: Ngawang Choephel).
Through the story of Tibetan music, the film depicts the determined efforts of Tibetan people, in Tibet and in exile, to preserve their unique cultural identity. Choephel served six years of an 18-year prison sentence for filming in Tibet. World premiere.

211:Anna / Italy (Directors: Paolo Serbandini, Giovanna Massimetti).
The story of Anna Politkovskaya, a Russian journalist and human-rights activist who risked her life to report the truth about the Chechen conflict and President Vladimir Putin. World premiere.

Image of Miroslaw Baka in the “After Winter Comes Spring” presentation A Short Film About Killing: Film Polski.

Gay Zombie Movie Otto; Or, Up with Dead People Offends