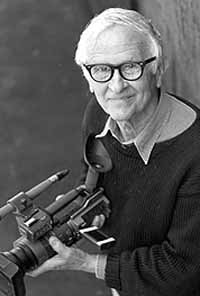 Oscar-nominated filmmaker Albert Maysles, 80, will be the featured guest at the Academy of Motion Picture Arts and Sciences’ John Huston Lecture on Documentary Film on Thursday, April 12, at 7:30 p.m. at the Linwood Dunn Theater at the Academy’s Pickford Center for Motion Picture Study in Hollywood. The event will consist of discussions and film clips providing an overview of Maysles’ career and technique.

Dubbed “the dean of documentary filmmakers” by the New York Times, Maysles – along with his brother David (who died in 1987), was among the first to bring the U.S. cinéma vérité-style nonfiction feature films, i.e., documentaries shot without the use of scripts, sets, interviews, or narration.

Among the Maysles brothers’ films are Meet Marlon Brando, With Love from Truman, Showman (about film producer Joseph E. Levine), Salesman (about door-to-door Bible salesmen), and Gimme Shelter* (about the Rolling Stones’ 1969 U.S. tour, with special focus on their deadly concert at Altamont, Calif.).

The Maysles’ 1975 documentary Grey Gardens (above), a look at the lives of two eccentric relatives of Jacqueline Kennedy, inspired the current Broadway musical.

In 1973, the Maysles received an Oscar nomination in the Documentary Short Subject category for Christo’s Valley Curtain. Eighteen years later, LaLee’s Kin: The Legacy of Cotton, directed by Albert Maysles, Deborah Dickson, and Susan Frömke, was nominated in the Best Documentary Feature category. LaLee’s Kin provides a historical context for the widespread poverty among blacks in the Mississippi Delta.

As per the Academy’s press release, the John Huston Lecture on Documentary Film “is a series named to honor Huston’s legacy as witnessed in his controversial World War II documentaries Report from the Aleutians, The Battle of San Pietro, and Let There Be Light. The Battle of San Pietro was not shown publicly until 1945, when General George Marshall removed its ‘classified’ status. Let There Be Light was banned for decades by the U.S. War Department, the very agency that commissioned it, before it was finally released in 1980.”

Tickets to “An Evening with Albert Maysles” are $5 for the general public and $3 for Academy members and students with a valid ID. Doors open at 6:30 p.m. All seating is unreserved.

The Linwood Dunn Theater is located at 1313 North Vine Street in Hollywood. Free parking is available through the entrance on Homewood Avenue. For more information, call (310) 247-3600.

* According to the IMDb, Charlotte Zwerin was a co-director. 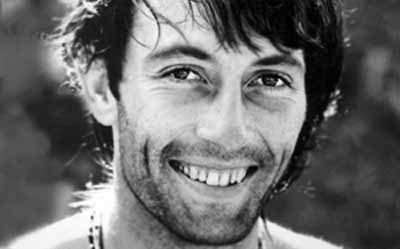 2005 documentary short subject Academy Award nominee The Death of Kevin Carter: Casualty of the Bang Bang Club, and the documentary feature KordaVision will be screened at 7 p.m. on Wednesday, March 28, 07, as the next installment in the 2006–2007 Contemporary Documentaries series at the Academy’s Linwood Dunn Theater in Hollywood. The series is presented by the Academy Foundation of the Academy of Motion Picture Arts and Sciences and the UCLA Film & Television Archive (website). Admission is free.

Directed and produced by Dan Krauss, The Death of Kevin Carter examines the life and career of a member of a group of white South African photojournalists known as “The Bang Bang Club.” The Bang Bang Clubbers covered the day-to-day reality of apartheid, the horrendous living conditions in black townships, and the effects of civil war in southern Sudan. According to the Academy’s press release, Carter’s “adrenaline-chasing credo was to get the picture at any cost, and while his photos became emblems of a troubled continent, Carter paid a heavy personal price for recording these haunting images.”

KordaVision focuses on Alberto Diaz Gutiérrez, better known as Alberto Korda, an eclectic photographer who captured the Cuban Revolution of the late 1950s. (One of his subjects was Che Guevara.) In KordaVision, the photographer explains how his images influenced the understanding of the Cuban Communist Revolution, both in Cuba and elsewhere. The documentary was directed by Héctor Cruz Sandoval, and produced by Gilberto Lazaro Martinez, José Antonio Jiménez, Cruz Sandoval, Mary Ruth Nieto, and Gina Pérez. Following the screening, Cruz Sandoval will discuss the making of KordaVision and take questions from the audience.

All screenings in the series are free and open to the public. The Linwood Dunn Theater is located at the Academy’s Pickford Center for Motion Picture Study, 1313 North Vine Street, at the northwest corner of Fountain Avenue and Vine Street in Hollywood. Parking is available behind the building through the entrance on Homewood Avenue, one block north of Fountain. For more information, call (310) 247-3600.