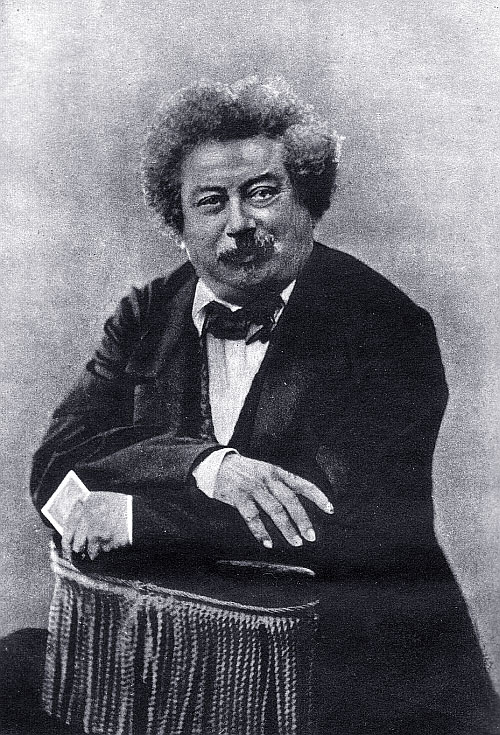 Gérard Depardieu, one of the greatest icons of French cinema, has dismissed claims that he has been miscast as mixed-race author Alexandre Dumas in Safy Nebbou’s big-budget production The Other Dumas / L’Autre Dumas. In Depardieu’s words at the Berlin Film Festival on Friday, those arguments are “ridiculous” and “unnecessary,” while the issue itself is “not interesting” and “not a problem.” A number of reviewers had complained that Depardieu was “too white” for the role.

Additionally, France’s Representative Council for Black Associations has questioned the propriety of having the blond, blue-eyed Depardieu cast as the Three Musketeers author, the grandson of a Haitian slave who, according to the Council, was mocked because of his looks and would refer to himself as un nègre.

“L’Autre Dumas puts in question the place of black and ethnically mixed actors in French cinema, for they cannot play any roles other than those of their type, whereas white actors, considered ‘universal’ actors, can play all sorts of characters irrespective of their appearance,” remarked Patrick Lozès, president of the Council for Black Associations.

“In 150 years time could the role of Barack Obama be played in a film by a white actor with a fuzzy wig?” Lozès asks. “Can Martin Luther King be played by a white?”

L’Autre Dumas, which opened last week in France, is a fictionalized account of the relationship between Dumas and his shy assistant Auguste Maquet (played by Benoît Poelvoorde), the man who has been credited for the plotting and drafting of much of The Count of Monte Cristo, Queen Margot, the Three Musketeers trilogy, and several other novels attributed to Dumas during the mid-19th century. Ironically, nègre is the word used to describe a ghostwriter in French.

The Council adds that “Possibly for commercial reasons they are whitewashing Dumas in order to blacken him further.” Yet, in real life Maquet eventually sued Dumas; French courts granted him 25 percent of the proceeds from the books, though no co-author credit.

“The vividness of Depardieu is the perfect embodiment of Dumas,” said L’Autre Dumas producer Frank Le Wita, defending the casting choice. “The subject is not le nègre, but la nègritude [ghost writing] in literature.”

L’Autre Dumas director Safy Nebbou is also of mixed-ethnicity. Nebbou explained that “it would have been a historic [sic] error to have chosen a mixed-blood actor … [Dumas] had blue eyes like Depardieu.”

An official statement reads that “it is true that Dumas was one-quarter black, but that also means he was three-quarters white,” adding that “if diversity … needs to be promoted, it shouldn’t be at the expense of artistic freedom, which has as its base analogies and metaphors, beginning with the choice of actors.” The statements concludes that “happily, film, like life, cannot be reduced to a matter of genetics.”