Ann-Margret, the 1960s star who went from sex kitten and Elvis Presley leading lady to respected actress and two-time Academy Award nominee, is Turner Classic Movies’ star today, Aug. 13. As part of its “Summer Under the Stars” series, this evening TCM is showing the two movies that earned the Swedish-born Ann-Margret Olsson her Oscar nods: Ken Russell’s Tommy (1975) and Mike Nichols’ Carnal Knowledge (1971).

Prior to Tommy, Ken Russell had created quite a stir with films such as Women in Love (1969), featuring some hot-and-heavy male nude wrestling (Oliver Reed and Alan Bates); The Music Lovers (1970), with Richard Chamberlain as a troubled, gay Tchaikovsky who marries the even more troubled nymphomaniac Antonina Miliukova (Glenda Jackson); and The Devils (1971), a mix of sex, horror, and what’s usually referred to as “faith,” starring Vanessa Redgrave as a sexually repressed nun and Oliver Reed as a Roman Catholic priest accused of witchcraft.

Russell had also won both admirers and detractors following the release of his gargantuan – and wildly entertaining – anti-musical The Boy Friend (1971), an adaptation of Sandy Wilson’s London stage hit, with Twiggy in the role originated by Anne Rogers in the West End and played by Julie Andrews on Broadway.

The filmmaker, known in some quarters as the enfant terrible of British cinema (even though he was already in his 40s), gained more fans and foes after the rock opera Tommy – based on The Who’s 1969 album of the same name – came out in 1975.

In the British-made Columbia release, The Who’s lead singer Roger Daltrey – before his fish-farm days (you gotta check out Absolutely Fabulous to get this one) – plays the title character, a (shock-induced) deaf-mute-blind pinball-playing genius who becomes a Christ figure of sorts. Much like in the Bible, don’t expect a happy ending in Tommy. 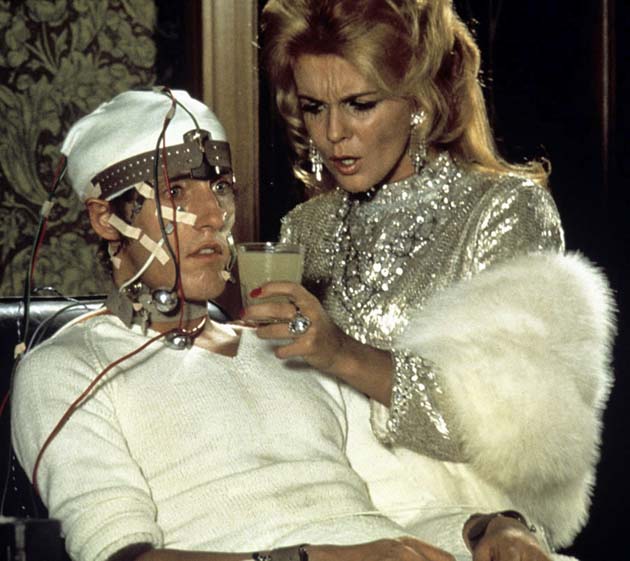 In her mid-30s at the time, Ann-Margret plays Tommy’s mother, Nora – definitely not the virginal Mary of the Bible. Hers is what’s usually referred to as a “bravura performance”: flaring nostrils, bulging eyes, veins popping in her neck, in addition to an unabashed display of in-your-face sexuality.

It is also a gripping, courageous tour de force that should have earned her that year’s Best Actress Oscar. For the record: The winner was the equally outstanding Louise Fletcher in a secondary role in Milos Forman’s One Flew Over the Cuckoo’s Nest.

Directed by Mike Nichols from a screenplay by Jules Feiffer, and starring Jack Nicholson and Art Garfunkel, the downbeat Carnal Knowledge – some found it misogynistic; others praised it for presenting American men as chauvinistic pigs – is an exemplar of complex, “adult Hollywood moviemaking,” a rare cinematic species that, propelled by the critical and/or commercial success of disparate international arthouse fare such as Hiroshi Teshigahara’s Woman in the Dunes, Ingmar Bergman’s Persona, Vilgot Sjöman’s I Am Curious (Yellow), and Costa-Gavras’ Z, briefly flourished from the mid-’60s to the late ’70s.

Nichols’ Who’s Afraid of Virginia Woolf? (1966), with its use of “profane” language and few-holds-barred portrayal of a dysfunctional marriage, had helped to put a stake through the heart of the by then putrefying Production Code, which had kept American movies in a pre-adolescent stage for more than three decades.

Nichols followed that one up with one of the seminal films of the ’60s, the blockbuster The Graduate (1967), featuring songs by Art Garfunkel and Paul Simon. Next in line was the intricate anti-war satire Catch-22 (1970), which, unlike Robert Altman’s MASH that same year, was a flop in relation to its cost.

Carnal Knowledge was Mike Nichols’ fourth feature film. Going a step further than most previous mainstream American films, it deals with human (hetero)sexuality – without being too squeamish about sex itself.

That’s a key reason Carnal Knowledge sparked a not inconsiderable furor when it came out, with newspapers in more than a dozen cities refusing to advertise it, while a movie theater operator in Albany, Georgia, was convicted of distributing obscene materials after screening the film – which, unlike hardcore early ’70s fare such as Deep Throat or The Devil in Miss Jones, features only PG-rated nudity – Ann-Margret’s bare breasts and buttocks – and no explicit sex.

Anyhow, it took a Supreme Court ruling in 1974 to allow Albanyans to finally get a chance to watch Carnal Knowledge in their hometown.

Ann-Margret is fine in a supporting role – another daring performance that earned her an Academy Award nomination, in this case in the Best Supporting Actress category. She lost to Cloris Leachman for Peter Bogdanovich’s The Last Picture Show.

For the record, the other nominees in this unusually strong year were:

Popcorn blockbusters and the death of ‘adult moviemaking’ in Hollywood

That’s why in the early 21st century we have someone like Robert Downey Jr. earning trillions for starring in stuff like Iron Man 3 and Avengers: Age of Ultron and whatever other juvenile fare movie audiences the world over will pay big bucks to see. And that’s why these days even moderately mainstream British films must be audience friendly – i.e., sentimentalized, idiotized, vulgarized – in order to be noticed.

Admittedly, in the last (nearly) four decades there have been a few English-language anomalies geared toward adults – and I don’t mean On Golden Pond or The Silence of the Lambs or The Full Monty or Million Dollar Baby or The Help or Inception or The Theory of Everything. And certainly not Pulp Fiction or Django Unchained. These are audience-pandering movies with a – even if at times twisted – message.

So, the ultimate irony is that movies such as Carnal Knowledge and Tommy – much like Old Hollywood’s The Awful Truth, State Fair, and Letter from an Unknown Woman, which traditionalists used to pine for in the ’70s – now belong to the “They don’t make ’em like they used to” genre.

After more than five decades, Ann-Margret, 74, remains active. She has joined the cast of two movies: 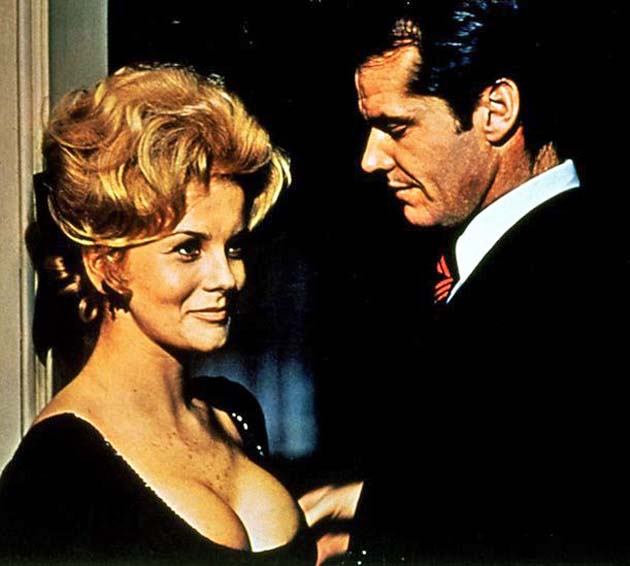 Image of Roger Daltrey and Ann-Margret in Tommy: Columbia Pictures.

The Loss of a Teardrop Diamond Movie: Satisfying Williams

Top 100 Horror Movies of All Time: From Psycho to Edith Scob