Andre Soares 5 years ago
Antihero Ricardo Cortez in Symphony of Six Million, with Irene Dunne. Directed by Gregory La Cava, this 1932 family/romantic melodrama may have been one of Cortez’s favorite among his own movies (see further below). Based on a morality tale by Back Street, Imitation of Life, and Humoresque author Fannie Hurst, Symphony of Six Million follows a young New Yorker (Cortez) who, after becoming a renowned – albeit more than a little untrustworthy – doctor, loses touch with his own family, including wife and foremost supporter Irene Dunne. During the talkie era, Cortez was usually seen as an antihero, such as the murder-solving gangster in The Phantom of Crestwood and the crooked gambler who partners up with justice system victim Kay Francis in The House on 56th Street. That is, whenever he was not playing out-and-out (though invariably handsome, charming, and seductive) heavies such as Francis’ lovers in Transgression and Mandalay. By the way, Cortez had previously portrayed a similar character to his ambitious, self-involved doctor in Frank Capra’s 1929 part-talkie The Younger Generation, not coincidentally based on a Fannie Hurst play. Here’s another Hurst connection: the 1920 film version of Humoresque helped to solidify the stardom of Alma Rubens, Cortez’s wife from 1926 to her death in 1931.
Contents hide
1. Antihero Ricardo Cortez: Favorite films & performances featured him as ethically challenged characters
1.1. Oscar-winning cinematographer Stanley Cortez
1.2. After antihero Ricardo Cortez…

See previous post: “How to Be a Latin Lover: Ricardo Cortez & Leading Ladies + Marriage to Tragic Drug-Addicted Hollywood Star.” Below is Part III of the three-part interview with Cortez biographer Dan Van Neste.

Even though Cortez never left papers or diaries, he did leave a number of artifacts behind. During the research phase for The Magnificent Heel: The Life and Films of Ricardo Cortez, I was lucky enough to have the opportunity to acquire and/or view some of Cortez’s treasured mementoes from his lengthy film career.

Among them were three rather ragged, very fragile scrapbooks he kept until his death – each dedicated to a different phase of his career. One celebrated his silent films, one commemorated his vaudeville and stage appearances, and the final one was devoted to his sound movies.

Ricardo never publicly identified his preferences among his many films, but based on my research, and their inclusion in the scrapbook, I believe those five to be his favorites of his sound motion pictures.

Personally, I have multiple favorite Cortez performances. Despite the loss of over half of his silent films – only 17 of his 37 silents have survived – based on those I have previewed, I feel Cortez was an excellent silent film actor.

I really admired his work as the professional gambler who turned hero in James Cruze’s Western The Pony Express (1925), as the mother-dominated landowner’s son who falls in love with one of his family’s tenants in Monta Bell’s Torrent (1926), and as a poor writer who makes a pact with the devil in The Sorrows of Satan (1926).

If more of his silent films had survived, I firmly believe Cortez’s reputation as a silent star would be further enhanced. 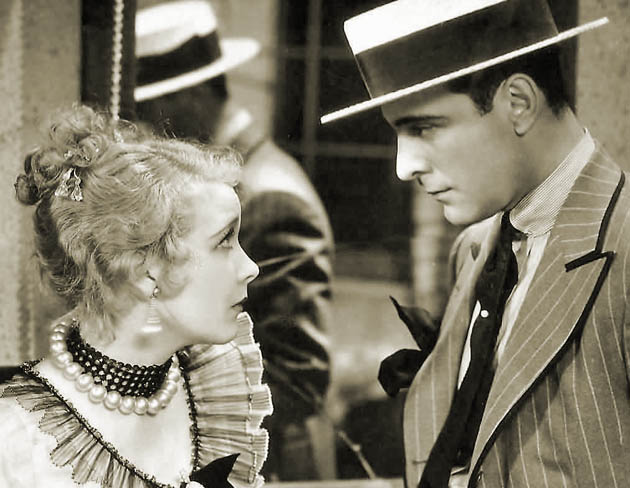 Ricardo Cortez plays another Pre-Code antihero – or downright villain? – in Her Man (1930); he’s seen here looking sternly at one of his “girls,” Helen Twelvetrees. The issue is that Twelvetrees’ Havana waterfront sex worker yearns to become the “decent” woman of youthful, soulful, beautiful sailor Phillips Holmes. What’s a poor, sadistic pimp (and bar owner) to do? Tay Garnett (One Way Passage, The Postman Always Rings Twice) directed this tale inspired by the 19th century song “Frankie and Johnnie” – coincidentally or not, also the source of John M. Kirkland’s homonymous Broadway play that came out the same year as Her Man.

During the sound era, I tended to like Cortez best in roles in which he portrayed a combination of good and bad – either a flawed hero or a villain with substantive redeeming qualities. I thought he really excelled in such roles.

In addition to his Sam Spade in Roy Del Ruth’s The Maltese Falcon, I especially admired his performances as:

I would recommend any or all the above to any classic film fan who wants to investigate Cortez’s work. 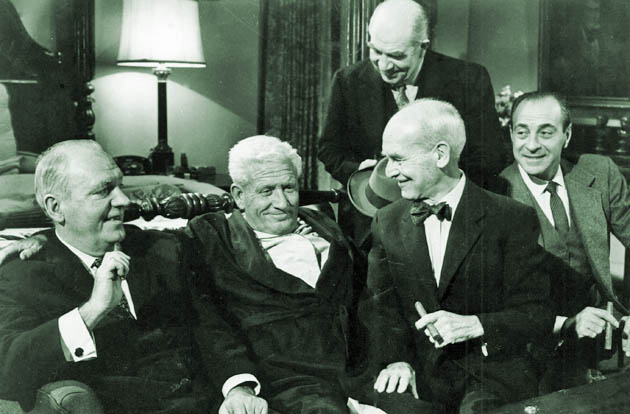 In addition, I might also suggest checking out his performances:

Recently, on April 27, Turner Classic Movies played a long overdue tribute to Ricardo Cortez by broadcasting a day-long, nine-movie Cortez marathon. To my knowledge, it was the first time they had acknowledged his work in any substantive way since the channel was launched in the mid-1990s.

While his fans were absolutely thrilled and very thankful, some were left a bit unsatisfied. So many of his greatest performances were left out of the tribute. We can only hope there will be a “Best of Riccy II” on TCM in the near future! 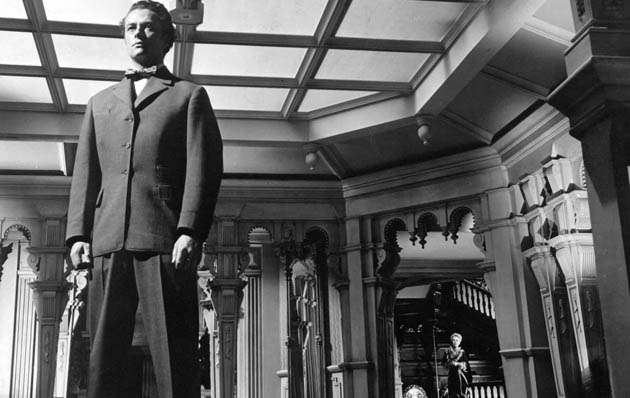 The Magnificent Ambersons: Directed by Orson Welles, and starring antihero Tim Holt (pictured), Dolores Costello (in the background), Joseph Cotten, Anne Baxter, and Agnes Moorehead, this Academy Award-nominated adaptation of Booth Tarkington’s novel earned Ricardo Cortez’s brother Stanley Cortez an Oscar nomination for Best Cinematography, Black-and-White. He lost to Joseph Ruttenberg for William Wyler’s blockbuster Mrs. Miniver. Two years later, Cortez – along with Lee Garmes – would win Oscar statuettes for their evocative black-and-white work on John Cromwell’s homefront drama Since You Went Away, starring Ricardo Cortez’s Torch Singer leading lady, Claudette Colbert. In all, Stanley Cortez would receive cinematography credit in more than 80 films, ranging from B fare such as The Lady in the Morgue and the 1940 Margie (not to be confused with the 1946 Fox hit starring Jeanne Crain) to Fritz Lang’s Secret Beyond the Door, Charles Laughton’s The Night of the Hunter, and Nunnally Johnson’s The Three Faces of Eve.

Ricardo and Stanley were extremely close throughout their lives. Outside of his third wife, Margarette, and his mother, Sarah, Stanley was undoubtedly the person Ricardo loved and trusted most.

Ricardo was instrumental in launching Stanley’s legendary career as a cinematographer. He not only got Stanley his first job in Hollywood as an assistant cameraman, but arranged apprenticeships for his brother with some of the great cinematographers.

Thank you for asking! Up until the Ricardo Cortez book was actually published in March, I was busy working on it with the designer and publisher, BearManor Media. Since then, I’ve been largely preoccupied promoting it.

However, I must admit, I have begun to contemplate what’s next. I have two things in mind.

For a very long time now, people have been urging me to put together a collection of my articles. For years, I did in-depth pieces for a variety of publications, most especially Classic Images and Films of the Golden Age magazines. Many of my articles included original interviews with my subjects, most of whom are now deceased.

I’m really proud of the work I did, and would like to have some of my best articles preserved in book form. Now seems a good time to pursue this project.

In addition, I would like to do another biography. At present, I have four possible subjects in mind, each of whom were active in the 1930s (my favorite film decade). In my opinion, each has special plusses and minuses as a potential biographical subject. I’m currently trying to decide among them.

I will be making a final decision shortly, and will announce my selection on my website: http://www.danvanneste.com/

I’m very proud of The Magnificent Heel, and am gratified by the response to it thus far. When I embarked on the Cortez project in 2012, I set two main goals I hoped to achieve. The first was to pay tribute to a fine, unsung actor by presenting a balanced, full-bodied, warts-and-all portrait of him. The other was to inspire a renewed interest in his work.

If I have achieved one or both of those things, I will consider this project an enormous success. Thank you all for listening!

The Magnificent Heel: The Life and Films of Ricardo Cortez at amazon.com.

I wanna buy this book! I’ll ask if they have it over at Barnes and Noble. Your site is great, love the pictures. So diverse too!