Among the eligible films completely bypassed by the European Academy were the following:

Additionally, Tom Tykwer’s Three, Jerzy Skolimowski’s Essential Killing, and Pedro Almodóvar’s The Skin I Lived In failed to be shortlisted in the film, acting, and screenplay categories. Lynne Ramsay’s We Need to Talk About Kevin earned a single nod, for Best Actress contender Tilda Swinton, while Nanni Moretti’s Habemus Papam managed only a nomination for Best Actor contender Michel Piccoli and another for production designer Paola Bizzarri.

Considering that loud, continuous buzz has more to do with movie awards season winners than something like, say, intrinsic quality, expect the buzz-y names to win this year. In other words, I’ll very surprised to see The King’s Speech‘s Colin Firth, last year’s Best Actor favorite just about everywhere you looked, beating Cannes winner and potential Oscar nominee Jean Dujardin for The Artist. Or The King’s Speech itself beating Melancholia for Best Film and thus ruining the chance for the European Film Academy to make another statement for artists’ rights. I mean, really, The King’s Speech is so 2010, much like 2009 Best European Film loser Slumdog Millionaire was so 2008.

Indeed, I should add that Oscar winner Tom Hooper wasn’t even shortlisted among the Best Director nominees. Hooper and – more surprisingly – The Artist‘s Michel Hazanavicius were left out; veteran Béla Tarr (The Turin Horse) took their spot.

Now, if the European Film Academy wants their awards to be more internationally relevant, i.e., to truly influence the Academy Awards, it’s about time they changed their eligibility requirements and deadlines. Although I believe the film world shouldn’t revolve around the Oscars, I have no doubts that Oscar “buzz” would make the European Film Awards and their nominees much more widely talked about the world over. And that would be a good thing.

The 2011 European Film Award winners will be announced on Dec. 3 in Berlin. 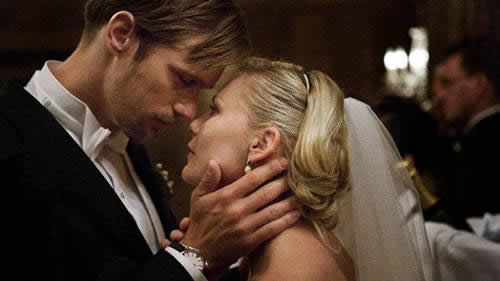 A contender for Melancholia this year, Lars von Trier has won a previous European Film Award in the Best Director category: for Dogville in 2003, in addition to a nomination for Antichrist in 2009. (The Best European Director category was eliminated from 1990 to 2000.) Two von Trier movies have won Best Film: Breaking the Waves in 1996 and Dancer in the Dark. Melancholia will quite possibly be his second win for Best Director and third for Best Film.

Whereas the Hollywood Academy tends to shy away from controversial movies and filmmakers – unless US-based film critics and organizations hand them lots of awards – the European Film Academy members seem to go out of their way to embrace “black sheep” filmmakers and difficult themes: von Trier and Melancholia this year, Roman Polanski and The Ghost Writer last year, Matteo Garrone’s Gomorrah in 2008, Cristian Mungiu’s 4 Months 3 Weeks and 2 Days in 2007, Michael Haneke’s Hidden in 2005, Pedro Almodóvar’s Talk to Her in 2002, von Trier’s Dancer in the Dark in 2000 and Breaking the Waves in 1996, etc.

And in case you’re wondering why New Jersey-born Kirsten Dunst is one of the European Actress 2011 contenders, that could be because Dunst became a German citizen a couple of months ago. Earlier this year, she was the Best Actress winner at the Cannes Film Festival; as a Hollywood celebrity, she has a good chance at an Academy Award nomination, too.

Had Dunst been just about any European actress – especially a non-English-speaking one – her Oscar chances would have been all but nil. But what about Lars von Trier? Will the Hollywood Academy’s more daring Directors Branch come to his rescue?

Personally, I think it’s unlikely. Not just because von Trier’s were Nazi/anti-Israel jokes that probably irked many Jewish Academy members (and some non-Jewish ones as well), but chiefly because he’s not one of the guys like, say, The Last Temptation of Christ‘s Academy Award nominee Martin Scorsese. Also, freedom of speech issues in France and Denmark might as well be taking place universes away from Beverly Hills, or, say, Universal City, where Fundamentalist Christians took to the streets in the late ’80s to protest Scorsese’s Universal-distributed film.

The European Film Awards usually don’t have much of an influence on the Academy Awards. Part of the reason is that many of the European Academy’s nominated movies aren’t eligible for the Hollywood Academy’s awards, whether because they were in the running earlier in the year or because they won’t have their qualifying Los Angeles run in time for the following year’s Oscars. In fact, some may never even get that chance. Besides, it’s unclear how many of the Academy of Motion Picture Arts and Sciences’ insular members actually know about the existence of the European Film Academy.

Last year’s Best Film and Best Director winner, Roman Polanski’s The Ghost Writer, failed to receive a single Academy Award nomination despite mostly positive reviews from U.S. critics. Of the other five 2010 Best European Film nominees, only Juan José Campanella’s The Secret in Their Eyes was shortlisted by the Oscars as well – the mystery drama was the winner in the Best Foreign Language Film category, but earlier in the year. So, if an institution influenced another, it was the Hollywood Academy influencing the European one.

Since the European Film Awards’ inception in 1988, only two Best European Film winners have gone on to receive a Best Picture Academy Award nomination: Peter Cattaneo’s The Full Monty (1997) and Roberto Benigni’s Life Is Beautiful (1998).

Including Life Is Beautiful, only six Best European Film winners have received Best Foreign Language Film Oscar nominations. The others were Gianni Amelio’s Open Doors (1990), Nikita Mikhalkov’s Urga (1993; a 1992 Oscar nominee), Pedro Almodóvar’s All About My Mother (1999), Florian Henckel von Donnersmarck’s The Lives of Others (2006), and Michael Haneke’s The White Ribbon (2009). Life Is Beautiful, All About My Mother, and The Lives of Others turned out to be the only three Oscar winners in that category.

In the European Film Awards’ Best Actor/Best Actress categories (no awards were handed out in 1994/95), besides Emily Watson only the following went on to be shortlisted by the Hollywood Academy: Max von Sydow for Pelle the Conqueror (1988), Robert Benigni for Life Is Beautiful, Ben Kingsley for Sexy Beast (2001, supporting actor), Imelda Staunton for Vera Drake (2004), and Penélope Cruz for Volver (2006). Of those, only Benigni won the Oscar as well.

Juliette Binoche’s, Helen Mirren’s and Kate Winslet’s European Film Award wins for, respectively, The English Patient, The Queen, and The Reader took place after their Oscar victories. Same with Kenneth Branagh, nominated for the Best Actor Oscar for Henry V in early 1990; he won the Best European Actor Award later that year.

And it’s surely no coincidence that of the ten actors mentioned above, only three – von Sydow, Benigni, and Cruz – received a corresponding Oscar nomination for a non-English-speaking role.