“The Art of Sound,” an evening celebrating the 2007 Sound Editing and Sound Mixing Oscar nominees and winners, will be presented by the Academy of Motion Picture Arts and Sciences on Saturday, March 8, at 7:30 p.m. at the Samuel Goldwyn Theater in Beverly Hills.

“The Art of Sound” will be moderated by Academy Sound Branch governor and 20-time Oscar nominee Kevin O’Connell – to date, O’Connell is the most nominated individual who has never gone home with an Oscar statuette. The program will feature an onstage discussion with the winners of the 2008 Academy Awards in the Sound Mixing and Sound Editing categories (O’Connell may well be among those; he’s in the running for Transformers). Clips from each of the nominated films will also be presented.

As per the Academy’s press release, “sound editors and mixers integrate a motion picture’s total sound content, from music and dialogue to a wide range of sound effects. In almost any film sequence, these professionals must select and manipulate dozens of sound elements for realism, coherence and emotional impact in support of the film’s story.”

Now, what’s the difference between a sound editor and a sound mixer?

As per Wikipedia – I don’t like using it as a source, but that’s all I could find after a brief online search – a sound editor is “a creative professional responsible for selecting and assembling sound recordings in preparation for the final sound mixing or mastering of a television program or motion picture.”

As per FilmSound.org, a sound mixer is the head of the department that handles the “recording [of] film/video production dialogue and efx. He commands a crew consisting of one or more boom persons, a cable person and sometimes an Equipment Technician. The Sound Mixer will determine what mikes are used for every scene (or assign that responsibility to his boom person), he will operate the sound recorder, maintain the Sound Report, notify the director (or AD) of any sound problems, keep sound levels consistent, avoid distortion because of too high levels, watch for boom shadows, determine sound perspective after discussion with the director, record “room tone”, and of course most important provide a sound track with clean, intelligible, first-rate audio quality.”

Tickets to the “Art of Sound” are $3 for the general public and free for Academy members. The Samuel Goldwyn Theater is located at 8949 Wilshire Boulevard in Beverly Hills. For additional information, visit www.oscars.org or call (310) 247-3600. 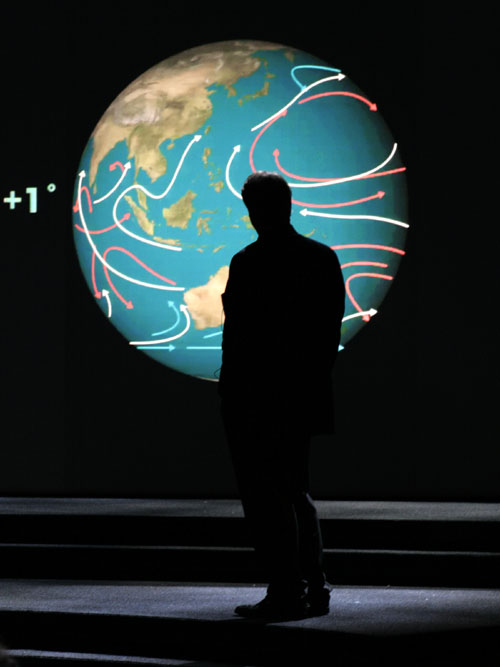 Davis Guggenheim’s 2006 Oscar-winning documentary feature An Inconvenient Truth and Chris Paine’s Who Killed the Electric Car? will kick off the Academy of Motion Picture Arts and Sciences’ Spring 2008 Contemporary Documentaries series on Wednesday, March 19, at 7 p.m. at the Linwood Dunn Theater in Hollywood. Admission is free.

An Inconvenient Truth follows former US vice president Al Gore, who, after the debacle of the 2000 US election circus, began devoting much of his time to promoting awareness of global warming. Oh, c’mon now, we all know that’s a hoax…

(By the way, in terms of overall carbon dioxide emissions per country [as opposed to per person] the world’s filthiest pigs – with sincere apologies to four-legged swines everywhere – are China and the United States. See John Vidal and David Adam’s The Guardian article.) 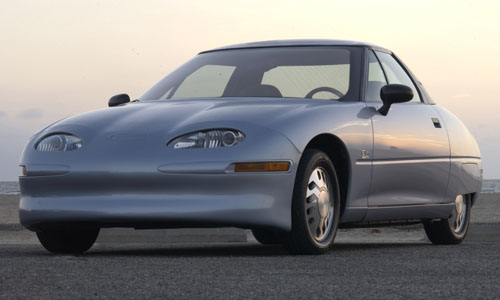 According to the Academy’s press release, Who Killed the Electric Car? “chronicles the life and mysterious death of the General Motors EV1, which ran on electricity, produced no emissions, and catapulted American technology to the forefront of the automotive industry. When GM stopped production of this innovative vehicle, the cultural and economic ripple effects reverberated through the halls of government and big business.”

A total of 16 feature-length and short documentaries will screen on Wednesday evenings through June 11, showcasing several of the 2006 Academy Award-nominated films as well as other documentaries considered by the Academy that year. In addition to the environment, the scheduled documentaries cover a whole array of themes, ranging from women’s role in society and sexual abuse in the Catholic Church to political censorship and, inevitably, the war in Iraq.

Who Killed the Electric Car?
(Directed by Chris Paine; produced by Jessie Deeter)

The Diary of Immaculee
(Directed by Peter LeDonne; produced by Steve Kalafer)

Sisters in Law
(Directed and produced by Kim Longinotto; co-directed by Florence Ayisi)

The U.S. vs. John Lennon
(Directed and produced by David Leaf and John Scheinfeld)

The War Tapes
(Directed by Deborah Scranton; produced by Robert May and Steve James)

The Ground Truth
(Directed and produced by Patricia Foulkrod)

Shut Up and Sing
(Directed and produced by Barbara Kopple and Cecilia Peck; produced by David Cassidy)

All films will screen at the Linwood Dunn Theater at the Academy’s Pickford Center for Motion Picture Study on Wednesdays at 7 p.m. Doors open at 6 p.m. All seating is unreserved. Filmmakers will be present at screenings whenever possible.