Audrey Long dead at 92: Actress in B movies and author Leslie Charteris widow

Actress Audrey Long, a leading lady in mostly B crime dramas and Westerns of the ’40s and early ’50s, and the widow of The Saint creator Leslie Charteris, died “after a long illness” on Sept. 19, ’14, in Virginia Water, Surrey, England. Long was 92. Her death was first reported by Ian Dickerson on the website LeslieCharteris.com.

Born on April 14 (some sources claim April 12), 1922, in Orlando, Florida, Audrey Long was the daughter of an English-born Episcopal minister, who later became a U.S. Navy Chaplain. Her early years were spent moving about North America, in addition to some time in Honolulu.

According to Dickerson’s Audrey Long tribute on the Leslie Charteris site, following acting lessons with coach Dorothea Johnson (whose pupils had also included sisters Olivia de Havilland and Joan Fontaine) and a stint at the Max Reinhardt School of the Theatre in Hollywood, Long landed her first (unbilled) bit role: a student, in Warner Bros.’ 1942 film version of the Broadway play The Male Animal, directed by Elliott Nugent, and starring de Havilland and Henry Fonda.

A handful of – mostly uncredited – bit parts came her way at both Warners and Universal, including that of a receptionist in Michael Curtiz’s blockbuster Yankee Doodle Dandy (1942), with James Cagney and Joan Leslie. However, Audrey Long’s movie career stalled a mere year after her arrival in Hollywood.

She then found work as a model, eventually landing a Broadway gig: a supporting role in Irwin Shaw’s Sons and Soldiers, a short-lived three-act drama co-produced and directed by Max Reinhardt at the Morosco Theatre in May 1943. Stella Adler, Geraldine Fitzgerald, and relative newcomer Gregory Peck were among Long’s fellow players.

Signed by RKO, Audrey Long returned to Hollywood later that year to be featured opposite Tom Conway in the suspense thriller A Night of Adventure (1944), notable as a relatively early Gordon Douglas (Them!) effort. She would remain at that studio for three years, almost invariably as a leading lady in B fare or a supporting player in bigger productions.

During that time, Long supported John Wayne and Ella Raines in the Western Tall in the Saddle (1944); was John Loder’s leading lady in Robert Wise’s B remake of the 1932 thriller The Most Dangerous Game, renamed A Game of Death (Long had the old Fay Wray role); and if the IMDb is to believed, found herself an uncredited bit part in Billy Wilder’s Paramount-released 1945 Best Picture Oscar winner The Lost Weekend, starring Ray Milland and Jane Wyman.

That same year, Long married Edward Rubin – depending on the source, an RKO dialogue director, production assistant, or “former producer.”[1] 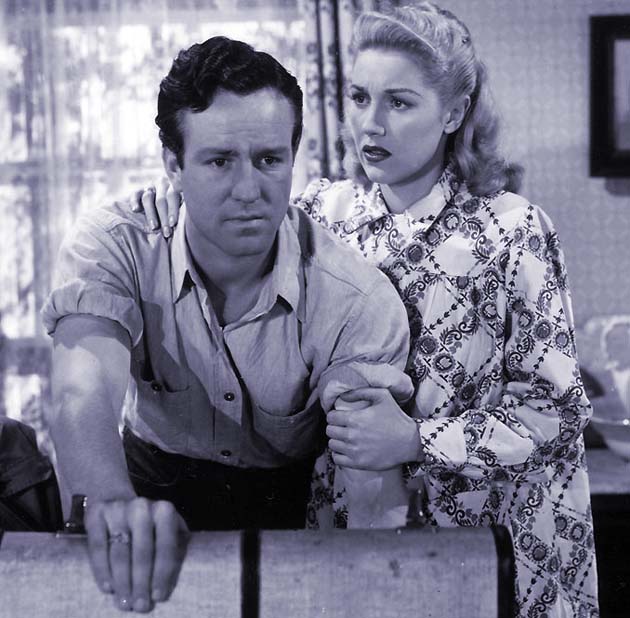 In the former, an atmospheric (cinematography by the now largely forgotten George E. Diskant) but absurd thriller, Long plays the wife of fugitive Steve Brodie, on the lam from both the police and a murderous thug (Raymond Burr). In the latter, she’s scheming divorcée Claire Trevor’s wealthy foster sister, whose fortune is the aim of both Trevor and good-looking sociopath Lawrence Tierney.

Howard Hughes took over RKO in 1948; it’s unclear whether Audrey Long’s departure from the studio at about that time was a result of Hughes’ shake-up or a mere coincidence. Unfortunately for her, Desperate and Born to Kill – and her radio performances – didn’t lead to meatier parts or more important movies.

Instead, at age 26 Audrey Long became relegated to leading lady roles in (mostly) bottom-of-the-barrel fare at minor studios like Monogram and Republic – e.g., Homicide for Three (1948), Duke of Chicago (1949), Post Office Investigator (1949) – with every once in a while a supporting role in a bigger-budgeted production coming her way. One such was Henry Levin’s The Petty Girl (1950), a Columbia release starring Robert Cummings and Joan Caulfield.

Also of note was an unusual 1948 independent production, Song of My Heart, directed and written by veteran screenwriter Benjamin Glazer (Flesh and the Devil, Mata Hari), and featuring Swedish actor Frank Sundström,[2] making his Hollywood debut as a highly fictionalized Peter Ilich Tchaikovsky.

“Hollywood’s utter disregard for factual reporting helps to make Song of My Heart a not soon to be forgotten picture,” wrote one reviewer at the time. Audrey Long was cast as Tchaikovsky’s patroness and lover, Princess Amalya.

Her film career continued sputtering along until 1952 – the year after she and Rubin were divorced. It all came to an abrupt halt following the release of Ray Nazarro’s minor Western Indian Uprising, with George Montgomery. 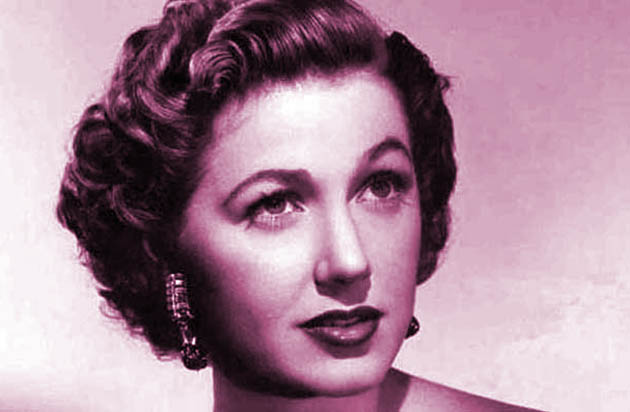 Leslie Charteris and The Saint

In early 1952, Audrey Long married Leslie Charteris. The couple would remain married until his death at age 85 in 1993. Dickerson credits Long for having renewed Charteris’ inspiration; at the time, he was facing stagnant book sales.

Louis Hayward and George Sanders played Simon Templar a.k.a. The Saint in RKO’s B movie series of the ’30s and ’40s. Later on, Vincent Price and Tom Conway (Sanders’ real-life brother and Audrey Long’s former co-star) took on the role on the radio, while Roger Moore was a hit as The Saint on British television in the ’60s. Three decades later, Val Kilmer brought The Saint back to life on the big screen, in Phillip Noyce’s poorly received The Saint (1997), also featuring Elisabeth Shue.

According to the IMDb, an Edward Rubin was a production assistant and later an associate producer on several 1950s TV series, including The Bob Cummings Show. It’s unclear if that’s Long’s – by then former – husband.

Most enjoyable and informative article. I was after information on “Song Of My Heart” a film I screened many years back and was now hoping to purchase on DVD. Unfortunately, seems this interesting and well-produced film has joined the numerous list of films that have been all but lost. TCM appears to have screened it but is not offering it for sale. Audrey Long always did well with whatever she was given a chance to work on.