There have probably been few transformations more striking than that of Ruby Stevens of Brooklyn into Barbara Stanwyck of Hollywood – the highest-paid woman in the United States in 1944. Stanwyck, whose film career lasted from the dawn of the sound era to the mid-1960s, is Turner Classic Movies’ “Summer Under the Stars” subject on Tuesday, Aug. 19. (See Barbara Stanwyck movie schedule further below.)

Among TCM’s Barbara Stanwyck films, which ones should you check out? The answer is: all of them. If Barbara Stanwyck is in it, then it’s worth watching no matter the plot, the direction, or the other actors.

But which Barbara Stanwyck movies would I particularly recommend?

For starters, The Locked Door, a 1929 super-rarity that is a TCM (and probably a television) premiere. Don’t expect anything great, even though the film – a remake of the Norma Talmadge silent The Sign on the Door – was directed by the capable George Fitzmaurice (The Barker, Mata Hari). After all, this is 1929, when talkies mostly creaked and screeched.

Even so, The Locked Door offers a chance to catch a very early Stanwyck, in addition to silent film stars Rod La Rocque (The Ten Commandments, Forbidden Paradise) and Betty Bronson (Peter Pan, A Kiss for Cinderella) in one of their few important talking pictures. William ‘Stage’ Boyd – not to be confused with William Boyd of the Hopalong Cassidy flicks – is also in the film. (The ‘Stage’ Boyd had a bad reputation, which sometimes got the Hopalong Boyd in trouble.)

Ten Cents a Dance (1931) should be seen because it’s also quite hard to find. It’s hardly a good film – a potboiler that isn’t nearly as saucy as one would have expected from a pre-Code movie – but both Barbara Stanwyck and her legs do look great. The handsome, suave Ricardo Cortez co-stars; the year’s Best Actor Oscar winner, Lionel Barrymore (for his dreadful performance in A Free Soul), was Ten Cents a Dance‘s uninspired director.

The best pre-Coder to be shown on TCM is Alfred E. Green’s Baby Face (1933), which was considered so immoral, so disgusting, so vile, so evil, so dirty, so perverse, so depraved that it was temporarily taken out of circulation, recut, and redubbed so it could be released to the general God-fearing public without leading husbands to cheat on their mistresses, mothers to drown their children in their own milk, or dogs to bite their owners. Baby Face was restored to its glorious sinfulness a few years ago. See below. 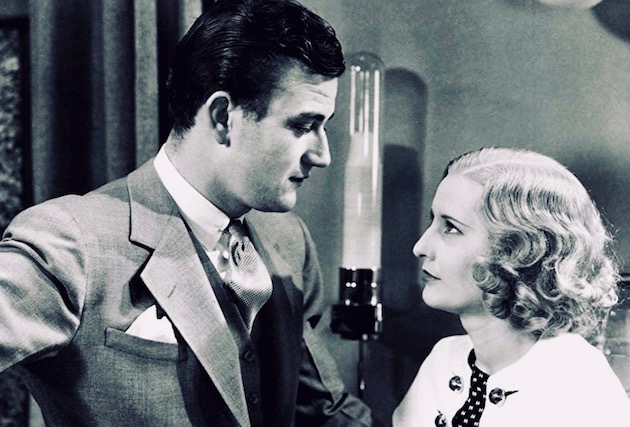 The Warner Bros. production was initially released in all its risqué glory, but had to be withdrawn shortly afterwards because of vociferous protests against its blatant “immorality”: an ambitious working-class woman (that’s Barbara Stanwyck) uses her body, her sensuality, her intelligence, and her determination to ascend the corporate ladder during the Great Depression – and succeeds admirably.

Bowing to pressure, Warners reedited Baby Face and even dubbed over much of the dialogue of one character, who was transformed from the power behind the young woman’s sexual and social awareness into the film’s irritatingly moralizing voice.

In November 2004, Baby Face 1933 was screened at the London Film Festival. The uncut version of the film had been found at the Library of Congress Motion Picture Conservation Center in Dayton, Ohio.

Baby Face was directed by the unfairly neglected Alfred E. Green, who had been working in films since 1916. Green’s multifaceted credits include the George Arliss star vehicles Disraeli and The Green Goddess, a bunch of Bette Davis movies (e.g., Parachute Jumper, The Girl from 10th Avenue), and the 1946 blockbuster The Jolson Story, starring Best Actor Oscar nominee Larry Parks as Al Jolson. (Curiously, both Green and Jolson were Warner Bros. contract talent in the early ’30s, though The Jolson Story was actually a Columbia release.)

As an aside, Gene Markey was at the time married to Joan Bennett. Two of his three future wives were actresses Hedy Lamarr and Myrna Loy.

Crime of Passion offers a mix of criminal activities and social commentary: The ambitious wife (Stanwyck) of an unambitious cop (Sterling Hayden) decides that her husband needs some help to make good use of all the opportunities America has to offer, even if that means a little murder on the side.

Crime of Passion director Gerd Oswald, whose relatively few features include the effective crime drama A Kiss Before Dying, was the son of Vienna-born, mostly German-based filmmaker Richard Oswald, whose credits go all the way back to silent-era literary adaptations like The Picture of Dorian Gray (1917) and Around the World in 80 Days (1919). The younger Oswald is probably better known for his television work, including The Outer Limits, Bonanza, and The Twilight Zone episodes. 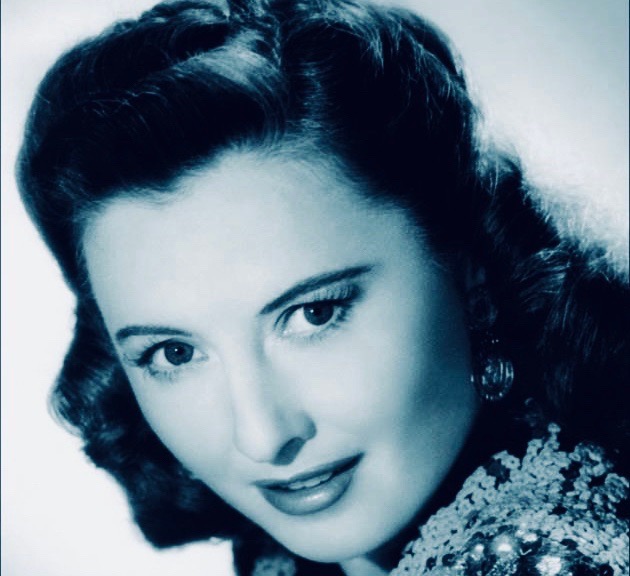 A four-time loser in the competitive categories, Barbara Stanwyck took home an Honorary Oscar in 1982. She dedicated the statuette to her friend and Golden Boy co-star William Holden, who had been found dead in his hotel room in November of the previous year. 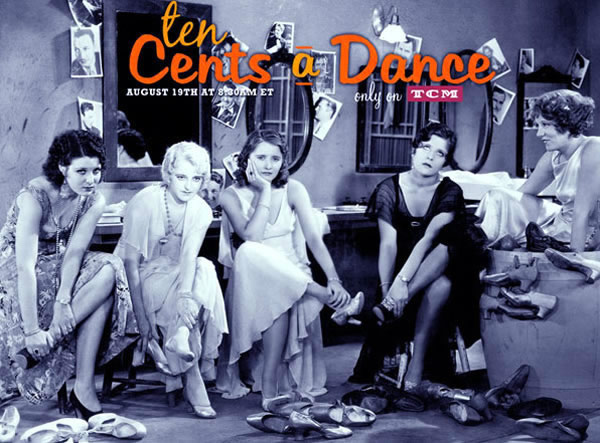 Ten Cents a Dance Barbara Stanwyck, right in the center.

11:00 AM Ever in My Heart (1933). During World War I, a woman suspects her husband of being a German spy. Cast: Barbara Stanwyck, Otto Kruger, Ralph Bellamy. Director: Archie Mayo. Black and white. 69 min.

1:45 PM The Bride Walks Out (1936). A model weds a struggling engineer then has her own struggles with domesticity. Cast: Barbara Stanwyck, Gene Raymond, Robert Young. Director: Leigh Jason. Black and white. 81 min.

Quite a collection! Lucky those who’ll be able to watch the TCM Tuesday (this from a poster down under).

“Baby Face” is a delightful pre-Code film — Ms. Stanwyck’s character is quite explicit in sleeping her way to the top of the corporate ladder and it’s all done in an almost acceptable way! Stunning and well worth watching.

“Night Nurse” is also a gem — but then again, I tend to be very partial to Ms. Stanwyck’s work. The pace is very fast, detractors of older days’ cinema won’t find cause to complain.

I haven’t seen “Clash by Nigh” in many, many years. I’d gotten the impression the line “I’ve always depended on the kindness of strangers” was delivered in the beginning, at a bar… But given “Streetcar”, I’d need to double check.

Ah! I’m so envious of TCM viewers! After watching them on Tuesday, I’d recommend watching 1939’s “Golden Boy”, then log on to “YouTube” and search for “Barbara Stanwyck William Holden Oscars” and you’ll be in for one of the most moving moments in Hollywood history.

“The Lady Eve” is by far my favorite Preston Sturges comedy. I didn’t “recommend” it because it wasn’t included in TCM’s Barbara Stanwyck marathon.

What about “The Lady Eve”?!One of my fav ever. Not only thanks to Barbara but also to great Henry Fonda and to the brilliant directing by Preston Sturges.