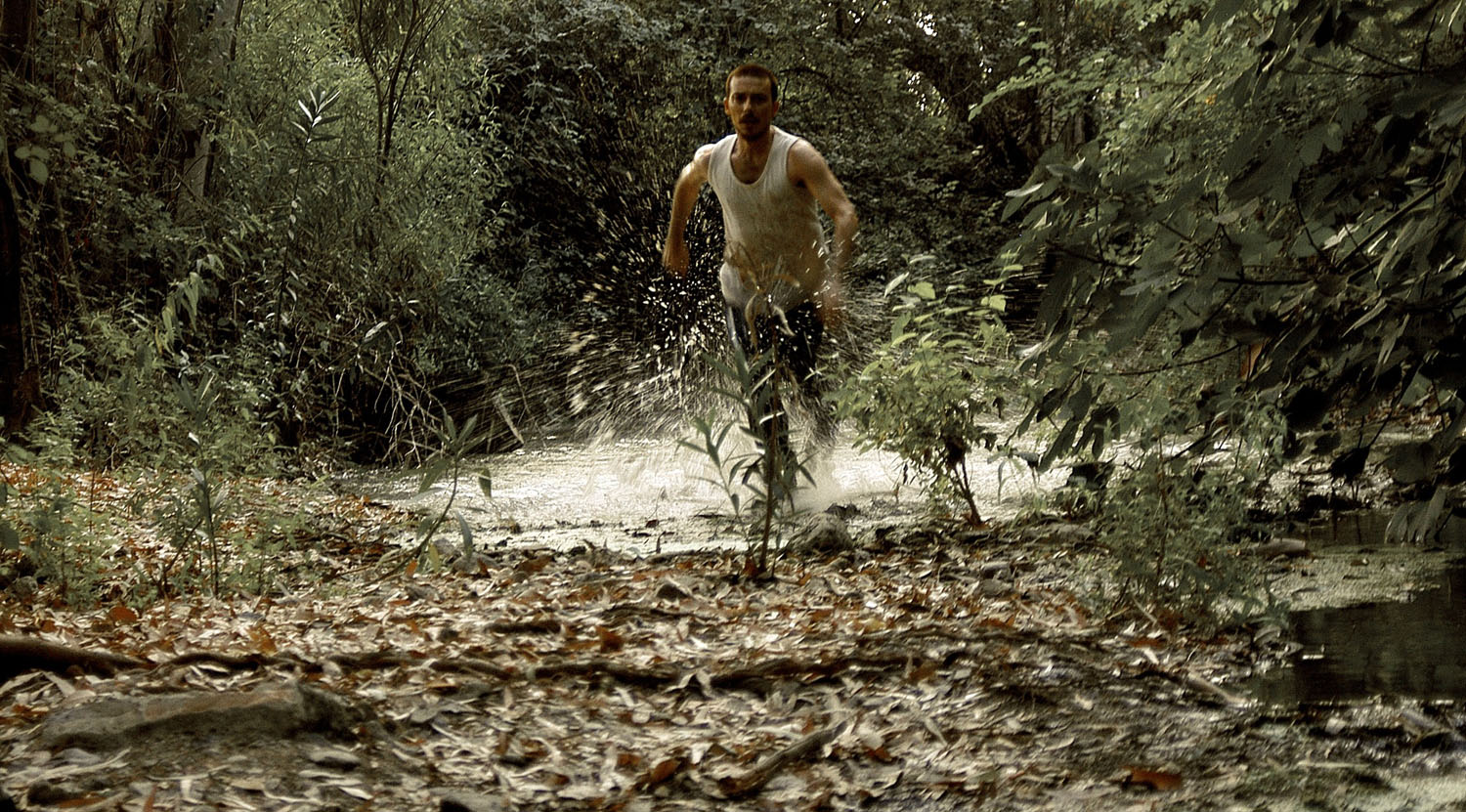 Before the Fall movie.

F. Javier Gutiérrez’s 3 Días / Before the Fall, the filmmaker’s feature-film debut (co-produced by Antonio Banderas), has an unlikely premise: as a giant meteorite is about to destroy the planet and all its denizens in three days – hence the original Spanish-language title – a young man (Victor Clavijo) living in a remote village in the south of Spain readies himself to protect his mother (Mariana Cordero, in a role akin to that of Lillian Gish in The Night of the Hunter) and his absent brother’s four children from a psycho (Eduard Fernández) on the loose. What follows is not a science-fiction tale, but a suspenseful character-driven drama about the importance of old loyalties and old hatreds even in the face of unavoidable doom.

Screened earlier this month at the AFI FEST in Los Angeles, Before the Fall took home the best film and best first screenplay awards at this year’s Málaga Spanish Film Festival, and has received quite a bit of praise in its native Spain. In the Spanish daily El Pais, for instance, Jordi Minguell calls it a mix between No Country for Old Men and Alfred Hitchcock’s suspense thrillers, concluding that the film marks an “auspicious debut full of excitement, style, and intelligence.” 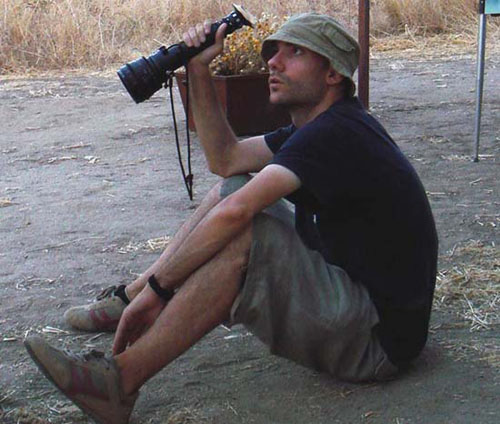 “Considering the subject matter, it is remarkable how the film plays out so quietly and shifts genre so elegantly from morbid family drama to western existentialism to set-piece action picture as the acts go along,” wrote Kurt Halfyard at Twitch. “The underlying fact that all the struggles, physical and emotional are not going to matter in a few days yield some fresh new flavours, imparting the film with a savage grace worthy of the attention of any fan of genre films that step over and above their genre.  It should also be mentioned that Spain seems to be the best treasure trove on the planet for astonishing child actors.”

Director Gutiérrez, who decided to leave his law degree aside to pursue a film career (his 2001 short Brasil has won about a dozen awards at various film festivals), has kindly answered a few questions (via e-mail) about Before the Fall for Alt Film Guide. See below. 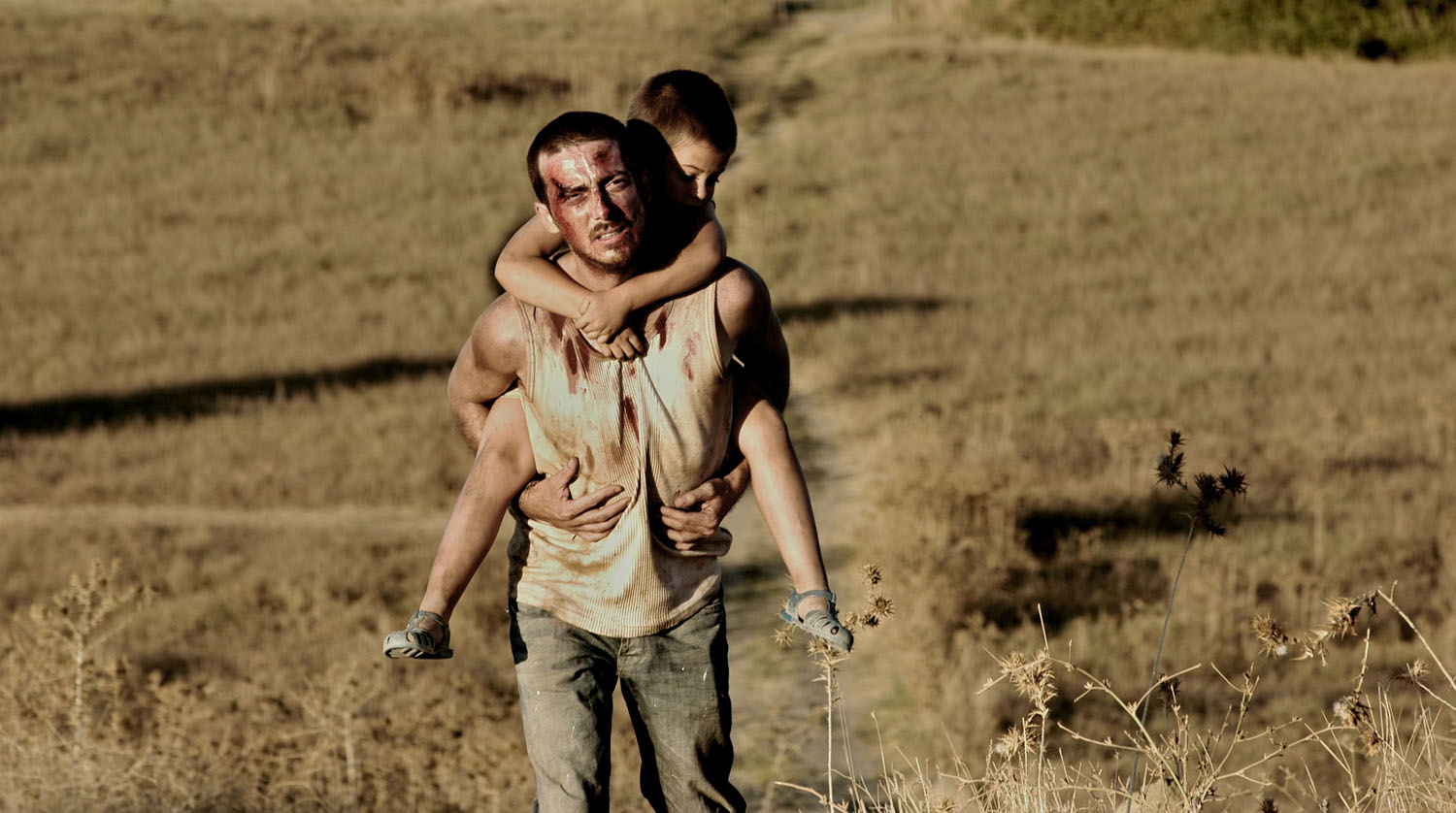 How did you come up with the basic plot for Before the Fall, which has not one but two very deadly figures – a man and a meteor?

The main concept was already in (co-writer) Juan Velarde’s first draft. I received it from the producers and rewrote it adding some sequences, deleting others, increasing the level of tension and working on the psychology of the characters. 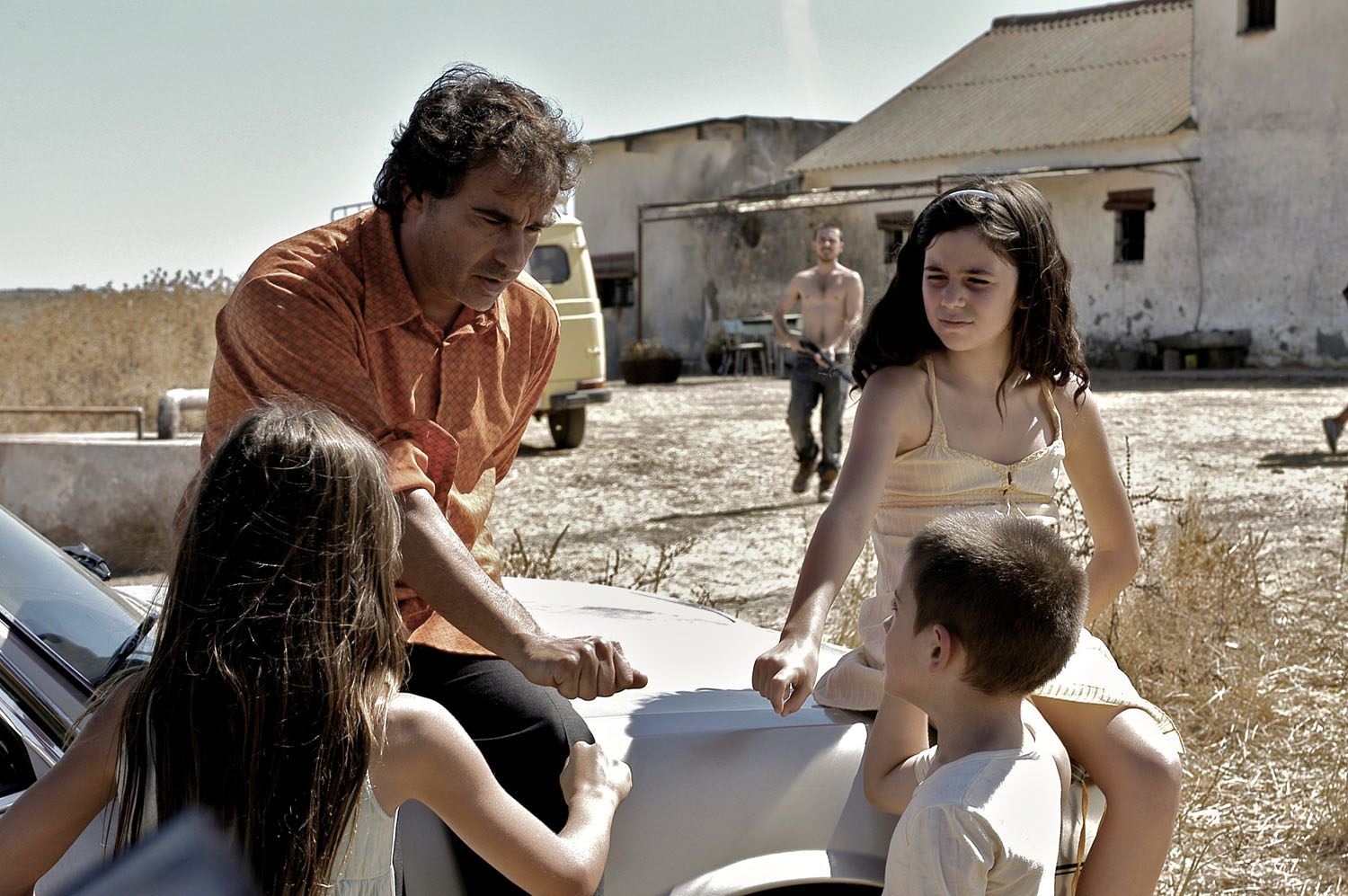 The cinematography in Before the Fall has a stark, somewhat bleached quality to it. Why that choice?

I tried to draw out the burning heat, the dryness, the hardness, the loneliness, and isolation, and to get the audience inside that disturbing world of violence and desolation. 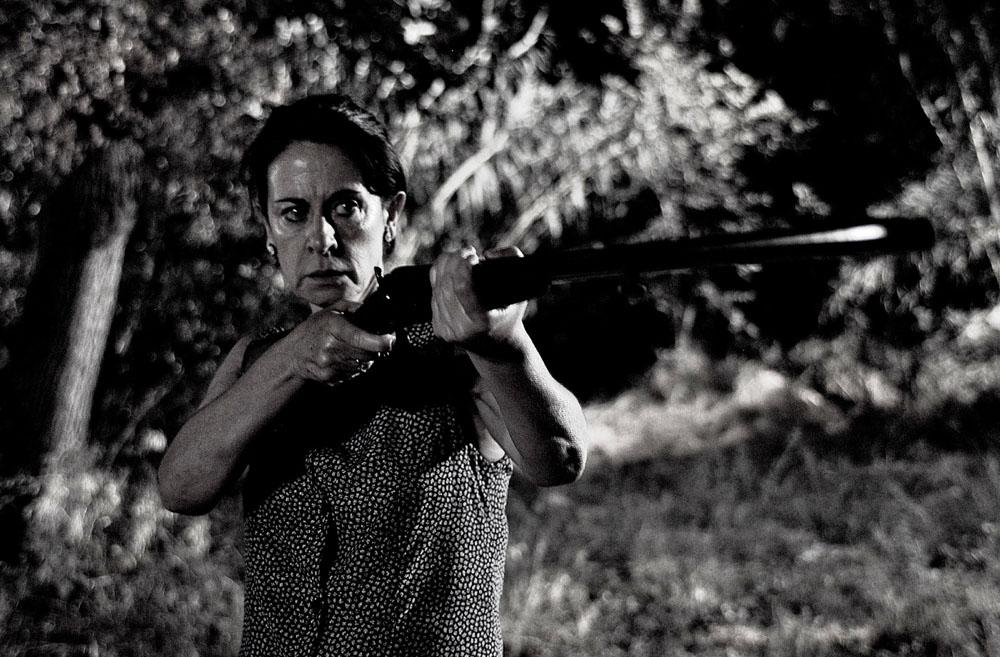 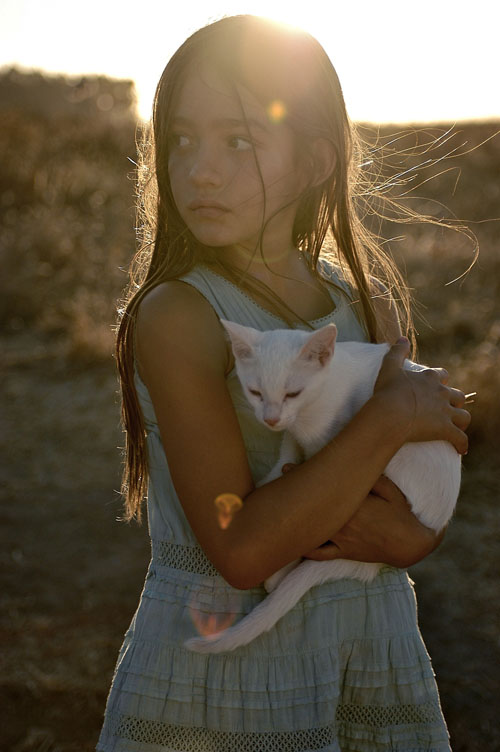 You’ve been compared to Guillermo del Toro, Michael Haneke, and others. In an online interview for the AFI FEST, you mention Charles Laughton’s The Night of the Hunter. But apart from the basic set of characters the two films look and feel remarkably different. How was The Night of the Hunter an inspiration? And who else and/or which films inspired your approach on Before the Fall?

The original writer always had in mind The Night of the Hunter and Ladislao Vajda’s El Cebo [1958, a.k.a. Es geschah am hellichten Tag / It Happened in Broad Daylight], two brilliant movies; two dark stories about children, about innocence and evil. I just tried to keep that feeling, to play with the concepts – the beauty of innocence, the darkness of evil, the disturbing and magical style –  and to add realism, hardness, and intensity to the story. Somehow, there’s [also] something of Martin Scorsese’s Cape Fear  and Fred Zinnemann’s High Noon, two movies I love.

In Before the Fall you worked with child actors who had to perform in some grueling scenes. What was that like, to get the results you wanted from very young and – I assume – inexperienced performers?

The key was in the casting and the rehearsals. I auditioned over 500 children from schools in the south of Spain. The kids I cast are really smart. They have imagination and discipline. It became a game, especially for the youngest, Juan [Galván], who was only 5 years old when we were shooting. 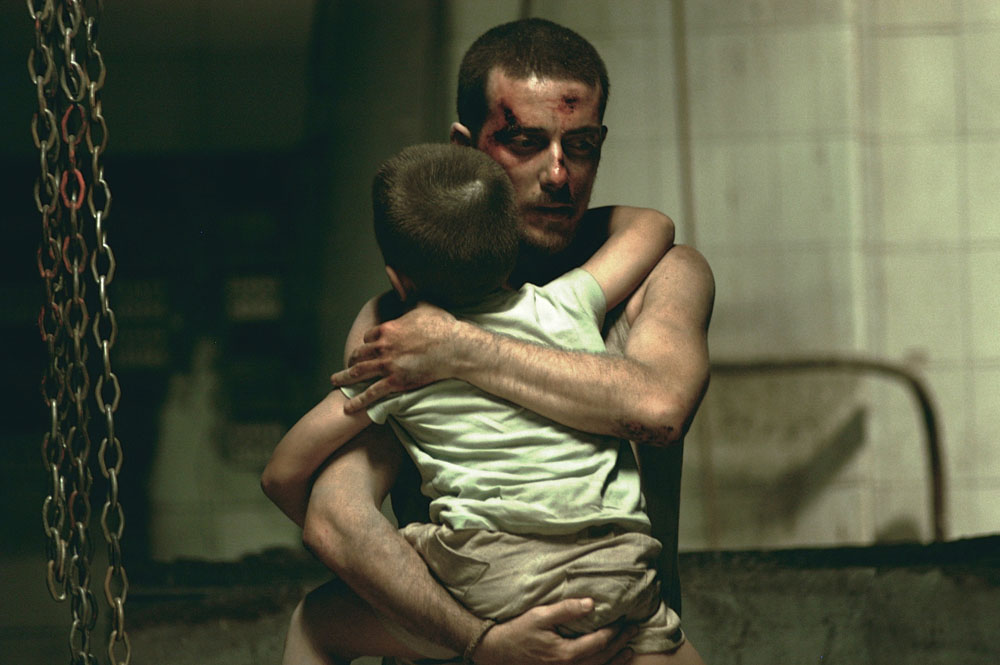 Unlike big-budget Hollywood productions about the end of the world, Before the Fall focuses on characters rather than on special effects. Was that choice a result of budgetary constraints, or would you have taken that same route even if you had a couple of gazillion dollars at your disposal? Or was it a combination of both?

It was a combination of both. I love sci-fi and fantasy. I also enjoy playing with CGI, but in this particular movie I felt (partly moved by budgetary reasons, partly by instinct) that I had to take a different way. I wanted to keep the sci-fi [aspects] in the background and stay close to the characters, diving into their fears, their emotions … joining them throughout this disturbing and unexpected journey in their last three days. 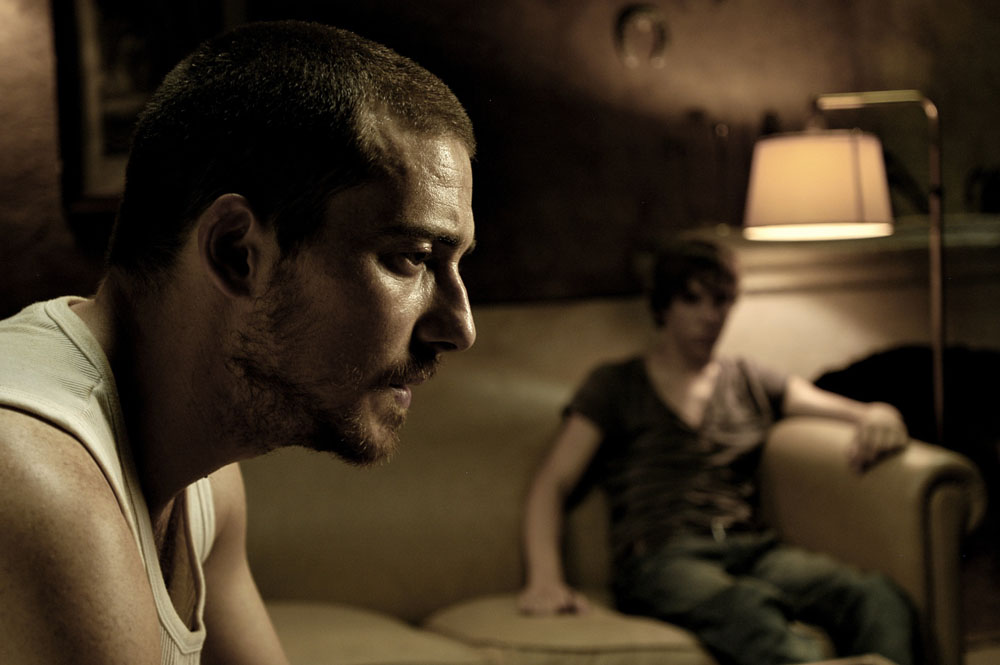 I couldn’t help but find an ironic – and more than a bit disturbing – “message” in Before the Fall about the futility of life; after all, whether it’s in three days or in three decades, it’ll all be over much too soon for all of us. Is that a misreading of your intentions, or …?

Deep inside it’s a movie about weakness and beauty, innocence and evil, pain and redemption. It’s about our fears and illusions … about fighting and going on despite a sure end, about the beauty and complexity of human beings.

And finally, what are you working on now?