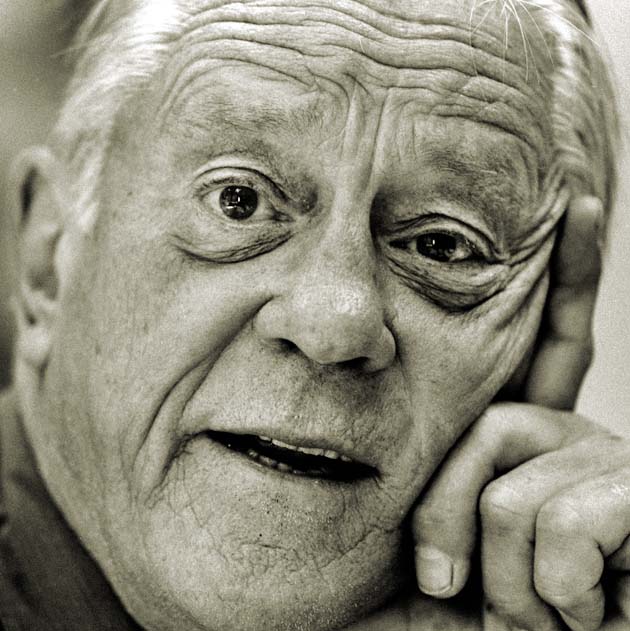 Ben Bradlee: From ‘All the President’s Men’ to ‘Ghosts of Grey Gardens’

Former Washington Post executive editor Ben Bradlee a.k.a. Benjamin C. Bradlee, best known for his key role in the Watergate scandal that brought down the administration of U.S. President Richard Nixon, and later played by Jason Robards in the film version of All the President’s Men, died of “natural causes” on Oct. 21, at his home in Washington, D.C. Bradlee, who had been suffering from Alzheimer’s disease, was 93.

The Washington Post of the 21st century may look increasingly like a more pedantic version of the Rupert Murdoch-owned tabloid New York Post, but things weren’t always like that. Once upon a time, the American media – at least sporadically – took the trouble to report newsworthy events whether or not they pleased the powers-that-be in Washington or in corporate offices elsewhere. Under Ben Bradlee’s editorial management, in 1971 The Washington Post followed the lead of the New York Times by publishing what became known as The Pentagon Papers.

Blocked from further publication by Richard Nixon’s Republican administration, these consisted of a series of documents leaked by former government official-turned-whistleblower Daniel Ellsberg – the Edward Snowden of his day – depicting the ugliness of the American involvement in Vietnam. According to The Post‘s extensive Ben Bradlee obituary (and unabashed Bradlee homage), Nixon’s censorship of the leaked documents became “the first such ‘prior restraint’ in the nation’s history.”

Led by Washington Post journalists Bob Woodward and Carl Bernstein, the Watergate investigation began in June 1972. Eventually, the duo were able to establish the connection between Richard Nixon’s reelection campaign and a handful of burglars at the Democratic National Committee headquarters in Washington’s Watergate complex. Watergate-related coverage continued all the way to Nixon’s resignation on Aug. 9, 1974 – the first (and to date sole) such occurrence in U.S. history.

“He was a presence, a force,” Bob Woodward said about Ben Bradlee’s role during Watergate. “And he was a doubter, a skeptic – ‘Do we have it yet?’ ‘Have we proved it?’”

Unfortunately for both Bradlee’s and The Washington Post‘s reputation, some of that much-needed skepticism was nowhere to be found in 1981, when Post “journalist” Janet Cooke concocted not only her own resumé but also the character of Jimmy, an eight-year-old heroin addict who became the antihero of a Pulitzer Prize-winning article. Bradlee would return the Pulitzer, but the credibility stain remained.

Yet, as found in The Washington Post‘s Bradlee obit, during his tenure the paper won a total of 17 Pulitzer Prizes, including the Public Service Award for its Watergate coverage. He retired in 1991.

Besides doing quite a bit of editorial management, Ben Bradlee did some writing of his own. He was the author of two bestselling books: Conversations with Kennedy and the autobiographical A Good Life. 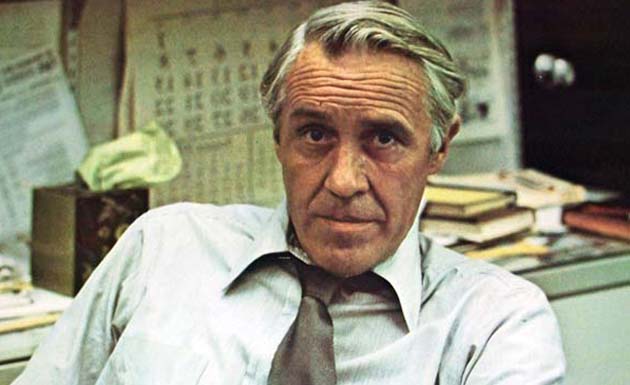 Ben Bradlee in ‘All the President’s Men’: Jason Robards as the ‘Washington Post’ executive editor.

‘All the President’s Men’ movie

Stage and screen veteran Jason Robards (hired for $50,000) won the 1976 Best Supporting Actor Academy Award for his performance as Ben Bradlee in Alan J. Pakula’s All the President’s Men, a critical and box office hit – $70.6 million in North America alone – based on Bob Woodward and Carl Bernstein’s homonymous book about the Watergate investigation.

Robert Redford, who had bought the rights to the book for $450,000, starred as Woodward, while Dustin Hoffman was cast as Bernstein. Neither actor was shortlisted for that year’s Best Actor Oscar, although the Warner Bros.-distributed All the President’s Men went on to receive a total of eight nominations. Besides Jason Robards’, these included nods for Best Picture, Best Director, Best Supporting Actress (Jane Alexander), and Best Adapted Screenplay (William Goldman).[1]

Also in the prestigious All the President’s Men cast:

In the film version of All the President’s Men – but not in Woodward and Bernstein’s book – “follow the money” becomes a key journalistic motto. Whether or not the phrase was ever uttered at The Washington Post, Ben Bradlee, who befriended Jason Robards, was “relieved that director Alan J. Pakula made a good and essentially accurate movie that seemed to capture the real spirit of The Post and the story.”

Below: Bob Woodward on Jason Robards’ portrayal of Ben Bradlee in the movie version of ‘All the President’s Men.’

Keeping things in the family, Bradlee’s wife, Washington Post reporter Sally Quinn, was cast as the Secretary of the Navy’s wife in the film.

Among the handful of documentaries in which Ben Bradlee can be seen as himself are:

At Sally Quinn’s insistence, Bradlee and his wife bought the decrepit Grey Gardens estate in 1979, later restoring both the house and its gardens.

Carl Bernstein quote about Ben Bradlee via the Washington Post Bradlee obit. Bob Woodward’s video interview (see above) is the source for Jason Robards’ All the President’s Men movie salary.

Image of Jason Robards as Ben Bradlee in All the President’s Men: Warner Bros.