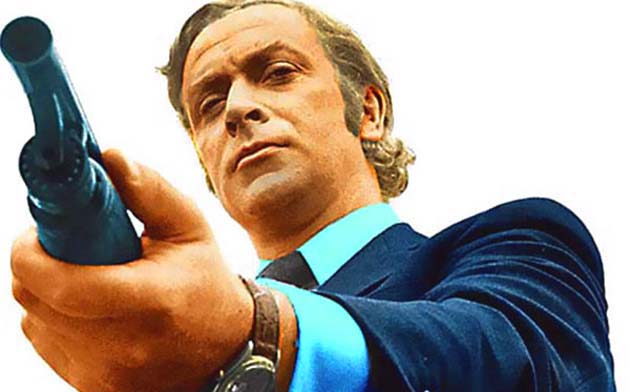 Best British Movies of All Time?

Ten years ago, Get Carter, starring Michael Caine as a dangerous-looking London gangster, was selected as the United Kingdom’s very best movie of all time according to 25 British film critics polled by Total Film magazine. To say that Mike Hodges’ 1971 thriller was a surprising choice would be an understatement. I mean, not a David Lean epic or an early Alfred Hitchcock thriller?

What a difference ten years make. On Total Film‘s 2014 list, published last May, Get Carter was no. 44 among the magazine’s Top 50 best British movies of all time. How could that be?

Well, first of all, people would be very naive if they took such lists seriously, whether we’re talking Total Film, the British Film Institute, or, to keep things British, Sight & Sound magazine. Second, whereas Total Film‘s 2004 Best British Films list was the result of a 25-critic consensus, its 2014 list seems to have been the work of one single film reviewer, Paul Bradshaw.

Below is the Lawrence of Arabia trailer:

On the list above, we can see Hollywood’s pervasive influence on the British film industry. Two of the listed “British movies” – A Clockwork Orange and Barry Lyndon – were backed by Hollywood studios and were directed by an American filmmaker, Stanley Kubrick, while the David Lean epics Lawrence of Arabia and The Bridge on the River Kwai were distributed and partially financed by Columbia Pictures.

As for Carol Reed’s The Third Man, it was a joint effort between David O. Selznick’s U.S.-based Selznick International Pictures and Alexander Korda’s London Films.

Only three pre-1960 films were included on Total Film‘s Oct. 2004 list of the Top Ten British movies of all time – which pretty much goes to show that British critics are as ignorant about film history as their American counterparts. Also worth noting is that every single movie on this particular Top Ten list revolves around men and their issues; not one features a woman in a central role. (On the other hand, Peter Bradshaw’s list had both The Red Shoes, with Moira Shearer, and Brief Encounter, with Best Actress Oscar nominee Celia Johnson, in addition to the gender-balanced This Happy Breed.)

And here’s the list of the Top Ten British movies ever according to Total Film – back ten years ago: “Best British Films Ever? Violent Thriller Is Surprise #1 Choice + Women (Almost) Completely Ignored.”

Missing from both Total Film lists of Top Ten / Top Twelve best British movies of all time were the following:

For the record, according to a 1999 British Film Institute poll of about 1,000 film and television industry personnel, the Top Ten best British movies of all time – well, at least of the 20th century – are the following:

Of note, some the best-known British movies ever made were directed by foreign-born filmmakers, among them: Alexander Korda (Hungary; Rembrandt), Alberto Cavalcanti (Brazil; Nicholas Nickleby), Roman Polanski (Polish-raised; Repulsion), Michelangelo Antonioni (Italy; Blow-Up), Fred Zinnemann (Austrian-raised; A Man for All Seasons), and Karel Reisz (Czechoslovakia; Isadora), plus Americans Alexander Mackendrick (The Ladykillers), Joseph Losey (The Servant), Robert Wise (The Haunting), Richard Lester (A Hard Day’s Night), Martin Ritt (The Spy Who Came In from the Cold), Stanley Kubrick (A Clockwork Orange), and James Ivory (A Room with a View).

And among the U.K.-based Sight & Sound magazine’s most recent (Sept. 2012) Top 50 movies of all time, only one film could possibly be considered in any way “British”: ironically, that’s Stanley Kubrick’s 2001: A Space Odyssey.

But it may serve as consolation that the no. 1 movie on the list, the 1958 Hollywood production Vertigo, starring James Stewart and Kim Novak, was directed by an Englishman: Alfred Hitchcock.

‘Get Carter’ remake, ‘The Third Man’ ‘homage’ and the return of T.E. Lawrence

As an aside: Get Carter suffered an American remake in 2000; directed by Stephen Kay, the critical bomb starred Sylvester Stallone.

The Third Man hasn’t been officially remade – despite threats in 2009 that Leonardo DiCaprio and Tobey Maguire would star in a reboot of Carol Reed’s film. However, there was a The Third Man “homage” found in Martin Scorsese’s 2006 Best Picture Oscar winner The Departed: the cemetery scene, when Vera Farmiga is seen walking past Matt Damon.

To date, there hasn’t been an official Lawrence of Arabia remake, but T.E. Lawrence will shortly be back on the big screen in the form of Robert Pattinson, one of the stars of Werner Herzog’s Queen of Desert, also featuring Nicole Kidman as Gertrude Bell and James Franco as Henry Cadogan.

Note: Following suggestions from readers, I’ve added a few extra titles to the above lists of best British movies of all time.

Image of Michael Caine in one of the “Best British Movies Ever,” Get Carter: Metro-Goldwyn-Mayer.

More British cinema titles (post-1960) can be found below.

Note: When it comes to the BAFTAs, some of the listed movies were nominated and/or won only in Best British Film category (1947–1967; 1992–present). In such instances, “British” is found in parentheses.

Also, unless otherwise noted, Cannes, Berlin, and Venice wins refer to, respectively, the Palme d’Or, the Golden Bear, and the Golden Lion.

Great list. The only really notable omissions - as outrageous as their omission is - are “Monty Python and the Holy Grail” (and some would say “Life of Brian”), “Watership Down,” probably the best four of the Inspector Clouseau films expecially “A Shot in the Dark,” and the Beatles films “Help,” “A Hard Day’s Night,” and “Yellow Submarine.” And of course other US/UK collaborations involving Pinewood Studios include the original “Star Wars” trilogy, the 1978 “Superman” and probably a couple more of the best Bond films, notably “Goldfinger” and “The Spy Who Loved Me.”

Great article!! Brought back memories of so many films I love, and so many I don’t.

Thanks for the list. Just added a trio of James Ivory movies to the article.