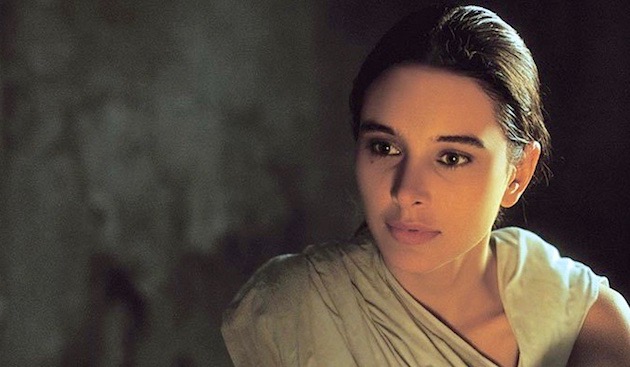 The Academy of Motion Picture Arts and Sciences has narrowed down to nine titles the list of potential 2007 Best Foreign Language Film Academy Award nominees. Of note, three of them were directed by women.

Something else: even though it may seem that the films listed below hail from various corners of the globe, as explained further down in this post only one isn’t a European production or co-production.

In alphabetical order by country, the nine semifinalists are:

All other titles are either full-fledged European productions or, in the cases of Days of Glory and Pan’s Labyrinth, European co-productions.

Deepa Mehta’s controversial Hindi-language period drama shows the plight of young Indian widows living under the strictly patriarchal Hindu social system. Water created such a furor among India’s fundamentalist Hindus that, following death threats and the destruction of the film’s sets, production had to be temporarily halted. Filming resumed later on in Sri Lanka.

Curiously, Water became eligible – as a Canadian entry – for the Best Foreign Language Film Oscar after the Academy loosened language requirements in that particular category in mid-2006, months after controversy erupted about the rejection of the previous year’s Italian submission, Saverio Costanzo’s Private, set in Palestine and featuring dialogue in Arabic, Hebrew, and English.

Last year, Water won three Genie Awards (that’s the Canadian Oscars) and just recently it was honored with the National Board of Review‘s Freedom of Expression Award. In the Water cast: Lisa Ray, Seema Biswas, John Abraham, and Sarala Kariyawasam.

Admittedly, unlike Days of Glory and Pan’s Labyrinth, these two examples were directed by local filmmakers and were set in the territories they were representing. 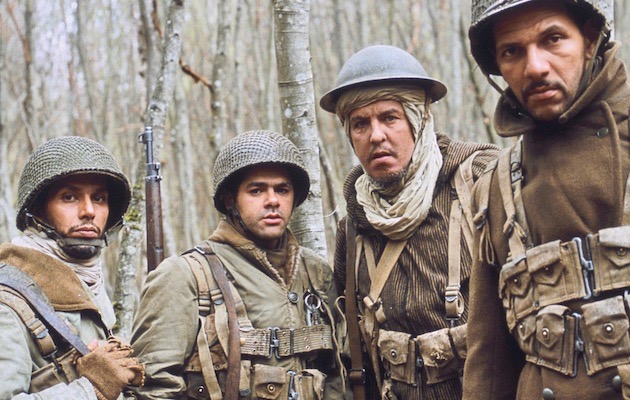 Days of Glory with Roschdy Zem, Sami Bouajila, Jamel Debbouze, and Samy Naceri. Directed by Paris-born filmmaker Rachid Bouchareb, starring French actors (pictured), and mostly financed by French-based companies, Days of Glory is a Best Foreign Language Film Academy Award entry from … Algeria. To date, three “Algerian” movies have been nominated in that particular Oscar category: Costa-Gavras’ French-language Z (1969), Ettore Scola’s French-Italian Le Bal (1982), and the Bouchareb-directed & mostly French-produced Dust of Life (1995). An aside: despite its WWII setting, Days of Glory is unrelated to the 1944 Gregory Peck movie of the same name.

As per the Academy’s press release, this year the Best Foreign Language Film final selection is being decided in two phases:

“The Phase I committee, consisting of several hundred Los Angeles-based members, screened the 61 eligible films and their ballots determined the shortlist.

“A Phase II committee, made up of ten randomly selected members from the Phase I group, joined by additional ten-member contingents in New York and Los Angeles, will view the shortlisted films and select the five 2006 nominees for the category.”

The Phase II screenings will take place between Jan. 19–21, in both Los Angeles and New York City.

‘Curse of the Golden Flower’ & ‘Grbavica’ out

Among the Best Foreign Language Film submissions already eliminated from the 2007 Oscar competition are:

Nominations for the 2007 Academy Awards will be announced on Tuesday, Jan. 23. The Oscar ceremony will be held on Sunday, Feb. 25, at the Kodak Theatre at Hollywood & Highland in Los Angeles. 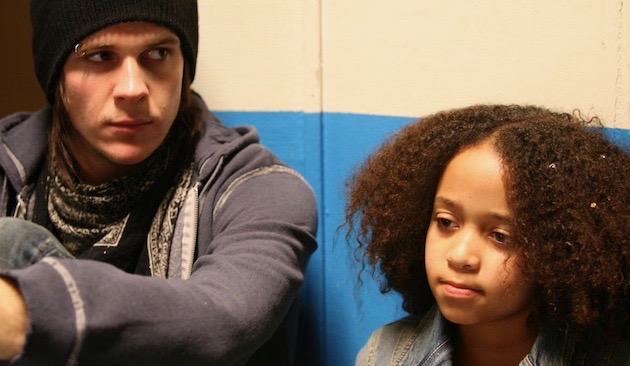 The musical drama Kidz in da Hood / Förortsungar was announced as the Swedish Film Institute’s Guldbagge Awards’ top winner at a ceremony held on Jan. 22 at the Cirkus arena in Stockholm.

Kidz in da Hood will be screened in the Generation sidebar at this year’s Berlin Film Festival.

Among the 2007 Guldbagge Awards’ other winners were Best Actress Haddy Jallow, a 20-year-old Gambian immigrant who plays a 15-year-old rape victim in Daniel Fridell’s Say That You Love Me / Säg att du älskar mig, and, as Best Foreign Language Film, Florian Henckel von Donnersmarck’s Stasi spy drama The Lives of Others.

Busy with his film’s French premiere, Henckel von Donnersmarck was unable to attend the Guldbagge Awards ceremony. In a letter read by German Cultural Attaché Ralf Krautkrämer, the filmmaker explained he was thrilled to win the Guldbagge because of a young Swedish girl in his (very distant) past and because of Ingmar Bergman. “That Mr. Bergman and I both have the same bug in our possession thrills me greatly.”

For the record, Ingmar Bergman took home three Guldbagge (a.k.a. Golden Beetle or Golden Scarab) Awards: as Best Director for The Silence (1963) and Fanny and Alexander (1982), and in the Best Screenplay category for The Best Intentions (1992).

The Gullspira (for extraordinary contributions in films for children): Director Catti Edfeldt.

I think the most interesting thing about this group of nominees is that all nine already have a US distributor. When was the last time that interested US cinephiles (who, admittedly, must live in a big city) could end up seeing all the nominees theatrically either before or after the Oscar telecast? I don’t think that has ever happened before. Not sure whether it is a good thing.