In January 2007, the Academy of Motion Picture Arts and Sciences will be presenting “From Amarcord to Z: Posters from Fifty Years of Foreign Language Film Award Winners.” The exhibition will open to the public on Jan. 19 in the Academy’s Grand Lobby Gallery in Beverly Hills. Admission is free.

In the decade that followed, however, Oscars for non-English-language films remained a special – and not necessarily yearly – award.

The Best Foreign Language Film Oscar winners in the last six decades are:

We’ll see whether the Academy will do something special at the 2007 Oscar ceremony to celebrate the motion pictures that have been nominated in the Best Foreign Language Film category. They may get little media attention in the United States, but more often than not – at least some of – these films are far superior to the ones listed in the vastly more popular Best Film category.

Viewing hours for “From Amarcord to Z: Posters from Fifty Years of Foreign Language Film Award Winners” are Tuesdays through Fridays, 10 a.m. to 5 p.m., and weekends, noon to 6 p.m. 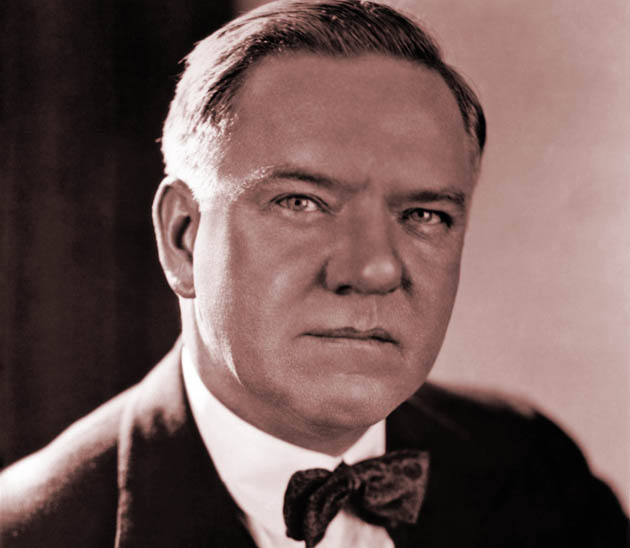 W.C. Fields. “The Peregrinations & Pettifoggery of W.C. Fields” will highlight the life and career of the star of You Can’t Cheat an Honest Man, Never Give a Sucker an Even Break, and The Bank Dick – and Mae West’s co-star in My Little Chickadee. Ever the contrarian party spoiler, Fields, whose film career spanned two decades, died at age 66 on Christmas Day 1946.

‘The Peregrinations & Pettifoggery of W.C. Fields’: Another Academy exhibition

On the same day “From Amarcord to Z: Posters from Fifty Years of Foreign Language Film Award Winners” opens in the Academy’s Grand Lobby Gallery – that’s Jan. 19 – “The Peregrinations & Pettifoggery of W.C. Fields” will open to the public in the Academy’s Fourth Floor Gallery. Admission is also free.

The exhibition will be taking place to celebrate the donation of the W.C. Fields Collection to the Academy’s Margaret Herrick Library.

As per the Academy’s press release, it “will be a multifaceted survey” of Fields’ life and career, featuring posters, photographs, publicity materials, letters, scripts, personal documents, film clips, and sound recordings.

One highlight of the installation will be John Decker’s painting of Fields as Queen Victoria. The painting was loaned by the family of Dave Chasen, in whose Beverly Hills restaurant it hung for decades until that establishment was shut down in 1995.

Among the vaudeville veteran W.C. Fields’ 40 screen credits as an actor are:

Most of the time, Fields was the sole focus of his loosely plotted star vehicles. Exceptions to that rule include the two Griffith films, both with Carol Dempster; the ensemble piece David Copperfield; A. Edward Sutherland’s Mississippi (1935), with Bing Crosby and Joan Bennett; My Little Chickadee (1940), with Mae West; and S. Sylvan Simon’s Song of the Open Road (1944), with Jane Powell.

In his last three movies – the 1944 releases Song of the Open Road, Follow the Boys, and Sensations of 1945 – Fields played (the screen version of) himself.

In addition to acting, Fields also co-wrote many of his screenplays.

Viewing hours for “The Peregrinations & Pettifoggery of W.C. Fields” are Tuesdays through Fridays, 10 a.m. to 5 p.m., and weekends, noon to 6 p.m., through April 15.

The Discreet Charm of the Bourgeoisie poster: © A.M.P.A.S.

The painting of W.C with the 8 ball was painted by Carl Babcock, now deceased.
the original still on display at the Magic Castle.

I posted earlier that this was my father, and signed prints were available.
After recently receiving some inquiries, I realize I should have clarified that the signed prints are of his Painting of Lady Idaho, which was displayed in the Boise Capitol building.

If there are any signed prints of the W.C., we would have to find out if any are available from the family.

I have a tapestry of w.c.fields and mae west in a car..the name on the picture is.n.fosco….I would appreciate any info that u may have,,,thank you in advance…

I have a home in North San Diego County with a billiards/game room. On one of the walls, I have two framed items. One is a 24″ x 36″ painting of “W. C. Fields 8 Ball” and the other is a 28″ x 38″ black and white framed print of “The Hustler”, showing Jackie Gleason and Paul Neuman standing alongside of a pool table with their pool cues pointing upward. Someone’s manager is sitting in the background. Neuman is glaring at Gleason, who is chalking his cue ready for the next shot. I get a lot of complements from friends on both items.

My father, Carl Babcock, painted this picture.
The original was sold to the Magic Castle in Hollywood California. I don’t know if it is still there. I have many signed prints if anyone is interesed.
Donna Davis ddavis@Insulectro.com

This discussion is a funny coincidence to me since I discovered a 24″ x 36″ poster of W.C. Fields holding an 8-ball by C. Babcock in the backroom of the store I recently began managing. We sell pool tables and all the stuff that goes with them, including wall art. So it seems to me that the painting that has been described has been mass produced in the past, even though I have no idea who would do it currently. The poster is in poor condition (stuck to the cardboard backing in several places). I’d love to order more, but I haven’t had any luck finding any information regarding C. Babcock or Carl Babcock. At the bottom of the poster it reads ‘”W.C. FIELDS, THE HUSTLER”‘ & copyright 1975 - PAUL R. DeVAUX CO., P.O. BOX 531, CRESWELL, OREGON 97426, USA.

According to the woman who answered the phone at The Creswell Chronicle, his two nephews: Dave Shoop and his wife Jenenne, and Jim Shoop and his wife Dorothy, all of Creswell; and their families, still live in community. I wasn’t able to find out whether or not the family still owns the copyrights to the image. I assume that the estate would have liquidated whatever assets the family no longer wanted to keep or couldn’t agree upon.

I did find it called “W.C. Fields 8-Ball” selling for $299 at pooltablesusa.com/wc-fields-8-ball/

and for an undisclosed amount on betabilliards.com.au/index.php?page=shop.product_details&flypage=flypage.tpl&product_id=194&category_id=8&option=com_virtuemart&Itemid=1

and an electrified version for $199.95 at wsneon.com/wc_fields.htm

I don’t know what all that means to the person who owns the original painting. A copyright attorney should be able to answer that question.

We have a framed picture of WC fields holding an 8 ball. My son acguired the picture when he was in college in Ashland as a gift. C Babcock is the name on the picture. Does this picture have any value. Thank you.

Hello to the posting: Marty Broad on December 4th, 2009

The artist that you are referring to is Carl Babcock. He is my father.
He did many paintings of WC Fields and May West. He also did original Alice & Wonderland art work.

We have been wondering where this painting ended up.

Glad to know it is still in existence.

I have a large oil painting of W.C.Fields holding an eight ball in front of him. It was given to me by a very old friend who was a body guard driver for (I can’t say at this time). My friend’s friend was a body guard driver for May West. Her driver said May West used to have a room full of paintings of people she didn’t like and this painting was one of them. He said that when she was angry she would go into this room and scream at them.
She had to move for whatever reason and gave the painting to her driver who gave it to my friend who, many years later gave it to me.
Marty Broad
12-4-o9
ps The painters name is C. Babrock or C. Balrock : I couldn’t find him/her on the web.

W.C. Fields returns to the limelight, where he belongs, at The Academy Exhibition. This is an historic event in the lives of fans of W.C. Fields. The grandchildren of W.C. Fields have loaned memorabilia from W.C. Fields personal collection for display. Thiese materials have never before been on display to the general public.

I will be in attendance for the grand opening. I urge all fans of the Great Man to attend as well.

Also mark your calendars for March 20, 2007, the release of the W.C. Fields Comedy Collection, Volumne 2.

Thank you Alternate Film Guide for helping to keep the spirit of W.C. Fields alive by promoting this event!