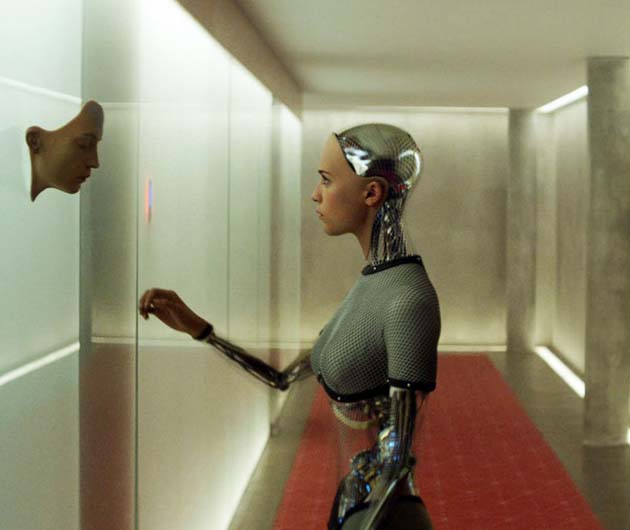 Surprises among those that made the cut are Alex Garland’s Ex Machina, a British-made, relatively low-budget sci-fier distributed in the U.S. by (Hollywood powerhouse) Universal; and Alejandro González Iñárritu’s adventure drama The Revenant – hardly the sort of movie one thinks of as “special-effects driven.”

Surprises among those that did not make the cut are Baltasar Kormákur’s Everest, Andy and Lana Wachowski’s Jupiter Ascending, the Sam Mendes-Daniel Craig James Bond movie Spectre, and the Christopher McQuarrie-Tom Cruise collaboration Mission: Impossible – Rogue Nation. Perhaps because Cruise is supposed to have performed his own plane stunt?

The ten remaining 2016 Best Visual Effects Oscar contenders are listed below in alphabetical order (including director and key cast members):

The 2016 Academy Awards nominations will be announced on Thur., Jan. 14 at 5:30 a.m. PT at the Academy’s Samuel Goldwyn Theater in Beverly Hills.

The 2016 Oscars will be held on Sun., Feb. 28 at the Dolby Theatre at Hollywood & Highland Center in Hollywood. In the U.S., the Oscar ceremony will be televised live by ABC. The awards presentation will also be televised live in more than 225 countries and territories worldwide.

Dec. 7: Today, the Academy of Motion Picture Arts and Sciences announced that 20 movies are in the running for the 2016 Best Visual Effects Academy Awards. These feature just about everything, from tiny bugs, Tom Cruise, and Jennifer Lawrence to genetically modified giant lizards, groovily clad intergalactic stormtroopers, and (mostly) guys in Halloween costumes performing the usual eye-popping feats.

Of the 20 movies listed below, ten will be selected as semi-finalists. These will be made public later this month.

Of the 20 titles listed below, nine are found among the top 20 domestic box office hits of 2015 and ten among the top 20 worldwide 2015 blockbusters. (Star Wars: The Force Awakens, In the Heart of the Sea, and The Revenant open later this month.) Surprising omissions from the Academy’s longlist include a couple of Top 20 hits: Kenneth Branagh’s Cinderella, starring Cate Blanchett, Lily James, and Richard Madden, and Brad Peyton’s San Andreas, starring Dwayne Johnson.

Among the 2015 Best Visual Effects Oscar contenders, so far only five movies have been – at least somewhat consistently – singled out this awards season in the film, acting, directing, and screenwriting categories: Mad Max: Fury Road, The Revenant, Bridge of Spies, The Martian, and Ex Machina. (Star Wars: The Force Awakens remains the year’s mystery movie.)

The films are listed in alphabetical order:

The eventual Best Visual Effects Oscar nominees will be announced – along with the nominees in the other categories – on Jan. 14 at 5:30 a.m. PT at the Academy’s Samuel Goldwyn Theater in Beverly Hills.

The 88th Academy Awards ceremony will be held on Sunday, Feb. 28 at the Dolby Theatre at Hollywood & Highland Center in Hollywood. In the U.S., the Oscarcast will be televised live by the ABC Television Network at 7 p.m. ET/4 p.m. PT.

Additionally, the Oscar show will also be televised live in more than 225 countries and territories worldwide. 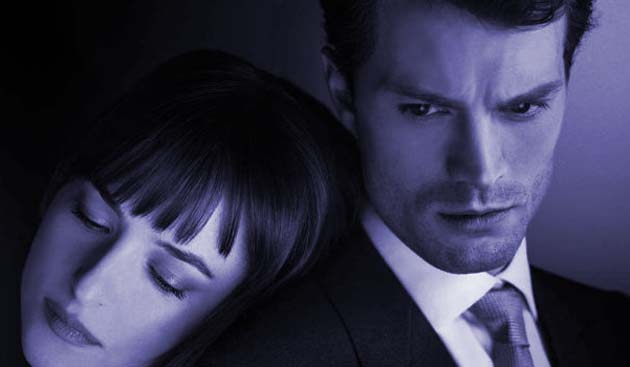 ‘Tis the season for the Academy of Motion Picture Arts and Sciences to announce the semi-finalists – in some instances, the semi-semi-finalists – for the Academy Awards. Today (Dec. 11), the Academy released the list of songs eligible for the 2016 Best Song – or rather, Best Original Song – Oscar. There are 74 contenders, with titles ranging from “Happy” and “I’ll See You in My Dreams” to “Hypnosis” and “Bhoomiyilenghanumundo.”

Curiously, apart from the inevitable animated and/or kiddie flicks (Alvin and the Chipmunks: The Road Chip, Anomalisa, Pan, Shaun the Sheep Movie, Home, The SpongeBob Movie: Sponge out of Water, etc.) most of this year’s contenders are songs from smaller movies and Bollywood/South Asian releases.

In fact, most of the top contenders for the Oscars in the Best Picture, Best Director, and the acting categories – or even the many technical categories – are nowhere to be found on the list below.

Instead, up for Best Song are a number of box office flops, such as the Meryl Streep semi-musical Ricky and the Flash, the Julianne Moore-Ellen Page lesbian drama Freeheld, Jake Gyllenhaal’s boxing drama Southpaw, Spike Lee’s socially conscious Chi-Raq, and the David Koepp-Johnny Depp bomb Mortdecai.

In addition to the hardly mainstream (in the U.S.) Indian musicals Jalam and Salt Bridge, and the documentaries Ingrid Bergman – In Her Own Words and Becoming Bulletproof – the latter not about terrorists and/or the United States’ bullet-mad National Rifle Association. (Directed by Michael Barnett, Becoming Bulletproof actually revolves around a group of disabled people playing roles in a Western. More info here.)

According to the Academy’s press release, “during the nominations process, all voting members of the Music Branch will receive a Reminder List of works submitted in the category and a DVD copy of the song clips. Members will be asked to watch the clips and then vote in the order of their preference for not more than five achievements in the category. The five achievements receiving the highest number of votes will become the nominations for final voting for the award. A maximum of two songs may be nominated from any one film.”

Movies with more than two songs in contention include Fifty Shades of Grey, Chi-Raq, Salt Bridge, Jalam, and Home. In years past (the rules were changed in 2008), four movies succeeded in getting shortlisted for three songs: Disney’s animated features Beauty and the Beast and The Lion King, Bill Condon’s film version of the Broadway hit Dreamgirls, and the Amy Adams fantasy Enchanted.

The Academy release adds that “to be eligible, a song must consist of words and music, both of which are original and written specifically for the film. A clearly audible, intelligible, substantive rendition of both lyric and melody must be used in the body of the film or as the first music cue in the end credits.”

The 2016 Academy Awards nominations will be announced on Thursday, Jan. 14, at 5:30 a.m. PT at the Academy’s Samuel Goldwyn Theater in Beverly Hills.

And here’s the list of the 74 songs in contention.

“Happy” from Altered Minds.
“Home” from Alvin and the Chipmunks: The Road Chip.
“None of Them Are You” from Anomalisa.
“Stem to the Rose” from Becoming Bulletproof.
“The Mystery of Your Gift” from Boychoir.
“I Run” from Chi-Raq.
“Pray 4 My City” from Chi-Raq.
“Sit Down for This” from Chi-Raq.
“Strong” from Cinderella.
“So Long” from Concussion.
“Fighting Stronger” from Creed.
“Grip” from Creed.
“Waiting for My Moment” from Creed.
“Don’t Look Down” from Danny Collins.
“Hey Baby Doll” from Danny Collins.
“Dreamsong” from The Diary of a Teenage Girl.
“It’s My Turn Now” from Dope.
“Ya Rahem, Maula Maula” from Dukhtar.
“Earned It” from Fifty Shades of Grey.
“Love Me Like You Do” from Fifty Shades of Grey.
“Salted Wound” from Fifty Shades of Grey.
“Hands Of Love” from Freeheld.
“See You Again” from Furious Seven.
“Brother” from Godspeed: The Story of Page Jones.
“As Real As You and Me” from Home.
“Dancing in the Dark” from Home.
“Feel The Light” from Home.
“Red Balloon” from Home.
“Two of a Crime” from Hot Pursuit.
“Til It Happens to You” from The Hunting Ground.
“I’ll See You in My Dreams” from I’ll See You in My Dreams.
“The Movie About Us” from Ingrid Bergman – In Her Own Words.
“Bhoomiyilenghanumundo” from Jalam.
“Koodu Vaykkan” from Jalam.
“Pakalppaathi Chaari” from Jalam.
“Yaathra Manoradhamerum” from Jalam.
“Lost In Love” from Jenny’s Wedding.
“True Love Avenue” from Jenny’s Wedding.
“Hypnosis” from Kahlil Gibran’s The Prophet.
“Juntos (Together)” from McFarland, USA.
“The Light That Never Fails” from Meru.
“The Crazy Ones” from Miss You Already.
“There’s A Place” from Miss You Already.
“Johanna” from Mortdecai.
“Little Soldier” from Pan.
“Something’s Not Right” from Pan.
“Paranoid Girl” from Paranoid Girls.
“Better When I’m Dancin’” from The Peanuts Movie.
“Pink & Blue” from Pink & Blue: Colors of Hereditary Cancer.
“Flashlight” from Pitch Perfect 2.
“Birds of a Feather” from Poached.
“Still Breathing” from Point Break.
“Manta Ray” from Racing Extinction.
“Cold One” from Ricki and the Flash.
“Torch” from Rock the Kasbah.
“Someone Like You” from The Rumperbutts.
“Aankhon Me Samaye Dil” from Salt Bridge.
“Bachpana Thaa” from Salt Bridge.
“Kanpne Lage Tum” from Salt Bridge.
“Kyaa Bataaun Tujhe” from Salt Bridge.
“Le Jaaye Jo Door Tumse” from Salt Bridge.
“Na Jaane Kitni Door” from Salt Bridge.
“Sookha Hi Rang Daalo” from Salt Bridge.
“Feels Like Summer” from Shaun the Sheep Movie.
“Phenomenal” from Southpaw.
“Writing’s on the Wall” from Spectre.
“Squeeze Me” from The SpongeBob Movie: Sponge out of Water.
“Teamwork” from The SpongeBob Movie: Sponge out of Water.
“Who Can You Trust” from Spy.
“Came to Win” from Sweet Micky for President.
“Mean Ol’ Moon” from Ted 2.
“Love Was My Alibi” from The Water Diviner.
“Fine on the Outside” from When Marnie Was There.
“Simple Song #3” from Youth. 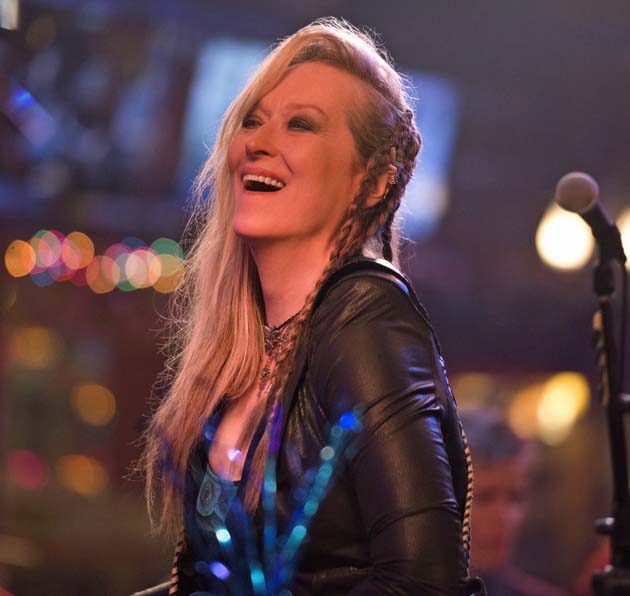 Ah, yes, for the record, the first winner of the Best Original Song Oscar was “The Continental,” from the 1934 Fred Astaire-Ginger Rogers musical The Gay Divorcee, with music by Con Conrad and lyrics by Herb Magidson.

That year’s other two nominees were:

Down memory lane – check out:

The 2016 Oscar ceremony will be held on Sunday, Feb. 28 at the Dolby Theatre at the Hollywood & Highland Center in Hollywood.