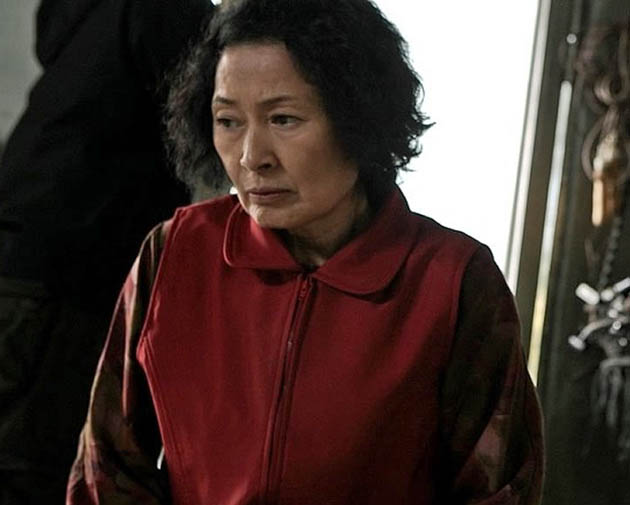 Despite its important victory, Mother strangely failed to take home many more trophies. The tale of a middle-aged woman (Kim Hye-ja) fiercely determined to prove the innocence of her mentally handicapped son (Won Bin) after he’s accused of murder, Mother won only two other awards: Best Supporting Actor (Jin Ku) and Best Lighting (which is not quite the same thing as Best Cinematography, as cinematographers have their own category).

Actress Jang Jin-young, among whose credits are Over the Rainbow, Scent of Chrysanthemums, and Between Love and Hate, and who died of stomach cancer at age 35 last September, was the recipient of a special posthumous award.

December 2010 update: A year after her surprising loss at the Blue Dragon Awards, Kim Hye-ja was the surprise Best Actress winner at the 2010 Los Angeles Film Critics Association Awards.

Below is the full list of Blue Dragon Award winners and nominees. Further below is the list of winners at the 2009 Asian Festival of 1st Films, held from Nov. 28–Dec. 4 in Singapore.

Some of the nominees below are listed in the “Western” style: first name followed by family name.

Best New Actor
Mu-yeol Kim, The Scam.
Ji-seok Kim, Take Off.
Chang-ui Song, Once Upon a Time in Seoul.
* Ik-jun Yang, Breathless.
Jae-woong Choi, The Sword with No Name.

Looking for Anne. The Asian Festival of 1st Films’ top pick was Takako Miyahira’s Looking for Anne, the story of a Japanese adolescent looking for her grandmother’s wartime Canadian lover while on a visit to modern-day Prince Edward Island, the setting of Lucy Maud Montgomery’s Anne of Green Gables. During her search, the teenager begins to understand the importance Montgomery’s novel and its heroine, the youthful Anne Shirley, had for Japanese women of her grandmother’s generation. Miyahira’s film is in no way related to Irene Gammel’s novel Looking for Anne.