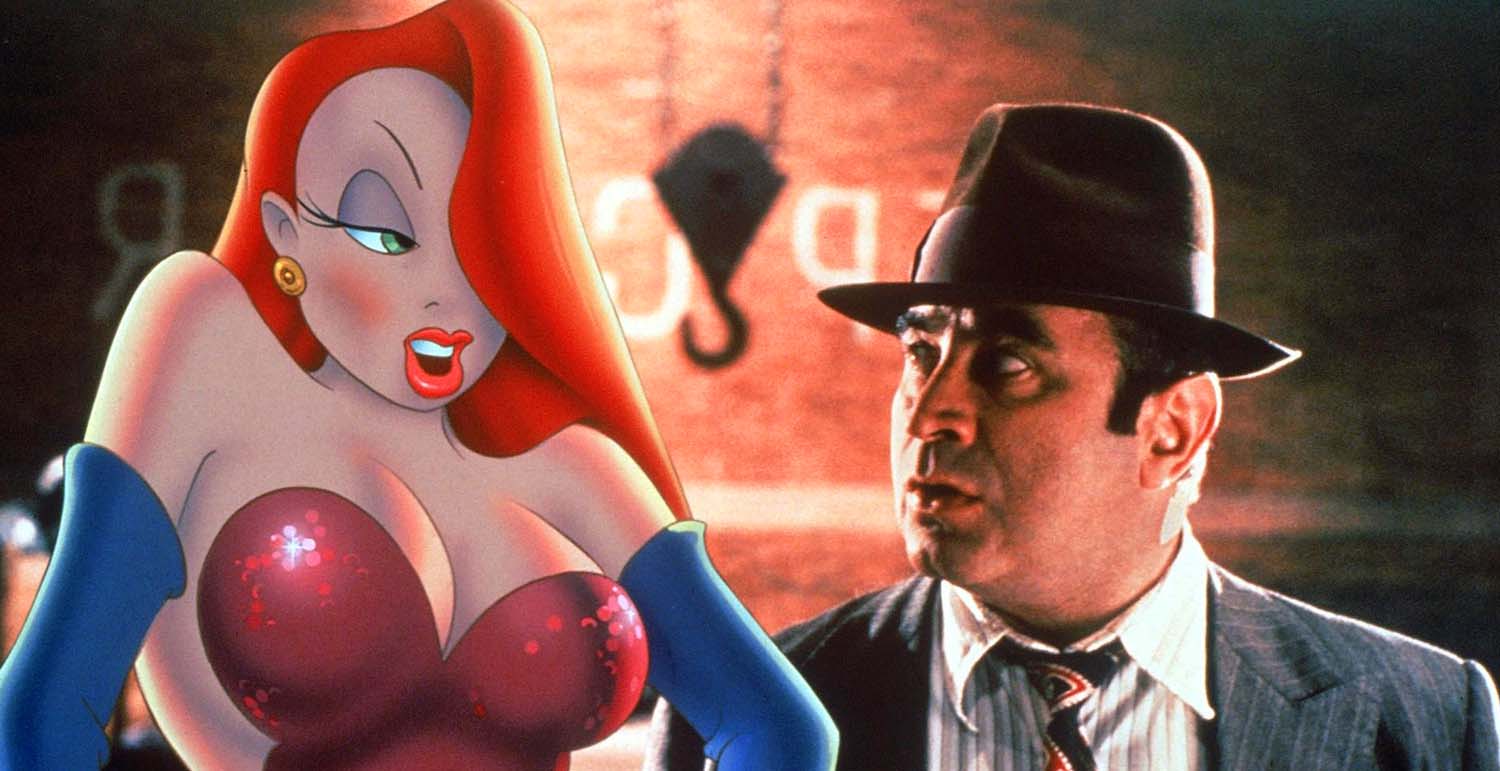 Bob Hoskins, who died at age 71 in London yesterday, April 29, from pneumonia (initially reported as “complications of Parkinson’s disease”), was featured in nearly 70 movies over the course of his four-decade film career. Hoskins was never a major box office draw – “I don’t think I’m the sort of material movie stars are made of – I’m five-foot-six-inches and cubic. My own mum wouldn’t call me pretty.” Yet, this performer with attributes similar to those of Edward G. Robinson, James Cagney, and Lon Chaney had the lead in one of the biggest hits of the late ’80s.

Despite generally good reviews for his performance in Who Framed Roger Rabbit, Bob Hoskins failed to be shortlisted for that year’s Academy Awards. He did, however, receive a Best Actor Oscar nod for his portrayal of a tough ex-con hired by Michael Caine to chauffeur high-class sex worker Cathy Tyson in Neil Jordan’s well-regarded Mona Lisa (1986), set in the rotting Great Britain of Margaret Thatcher (whom Hoskins abhorred). Hoskins lost the Best Actor Oscar to Paul Newman in Martin Scorsese’s The Color of Money, but he did take home that year’s Best Actor BAFTA and shared Best Actor honors with Michel Blanc (for Bertrand Blier’s Ménage / Tenue de soirée) at the Cannes Film Festival.

Bob Hoskins was also a good (and odd) match for Judi Dench; they were a sort of British Humphrey Bogart and Katharine Hepburn in Stephen Frears’ perfectly watchable – if much too safe and sanitized – Mrs Henderson Presents (2005), in which Dench plays the manager of London’s risqué Windmill Theatre, where all-nude revues were all the rage during World War II. As the irascible stage director Vivian Van Damm, Hoskins is Dench’s helper, foe, and eventual paramour.

Bob Hoskin’s notable television roles include highly imaginative sheet music salesman Arthur Parker in Dennis Potter’s widely acclaimed musical drama Pennies from Heaven (1979); Iago in Jonathan Miller’s production of Othello (1981), with Anthony Hopkins in the title role; Benito Mussolini in Alberto Negrin’s Mussolini and I (1985), with Hopkins as the “I” in the title, and also featuring Susan Sarandon and Annie Girardot (Hoskins once described himself as “short, fat and bald, the only actor who had to diet and wear lifts to play Mussolini”); and Micawber in Simon Curtis’ version of David Copperfield (1999), with Daniel Radcliffe as the young David.

If people remember the heavies, it’s because what I try and do is make the audience understand them. If you just show a bad man, that’s rubbish, that’s cartoon time. [Holocaust co-organizer Adolf] Eichmann used to take flowers home to his wife and was a good father; and, if you were playing him, you’d have to show that as well as the perpetrator of Nazi atrocities.

Bob Hoskins was a wonderful actor and gave many outstanding performances but my favorite will always be as Gus Klein in the movie Shattered. I realize it wasn’t an Oscar caliber performance but his role as a pet store owner who is also a private detective is fun to watch. Just love the twinkle in his eye around the animals…especially the snake lol The plot was interesting and watching Bob’s laid back style helping solve the lead character’s mystery amnesia will always be one of my guilty pleasures :) God speed Bob…you will be missed.