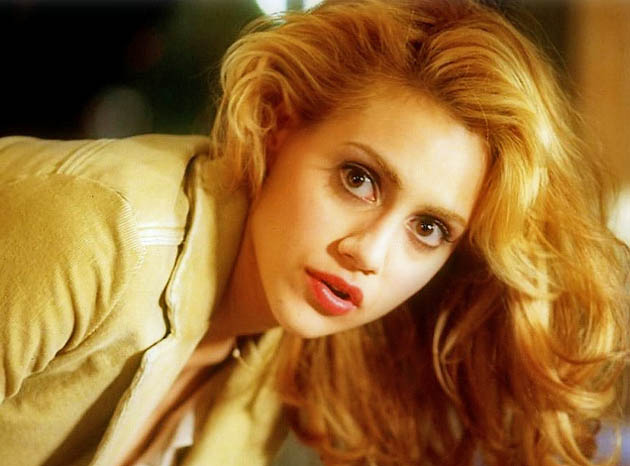 Actress Brittany Murphy, best known for her roles in the sleeper hit Clueless and in the Eminem hip-hop drama 8 Mile, and for providing the voice of Luanne Platter in the hit television series King of the Hill, died Sunday morning, Dec. 20, at the Cedars-Sinai Medical Center in Los Angeles. Murphy (born Brittany Anne Bertolotti on Nov. 10, 1977, in Atlanta) was 32. According to various reports, the cause of death was cardiac arrest.

Brittany Murphy cause of death

Feb. 4 ’10 update: Brittany Murphy died from pneumonia, though prescription drugs and anemia were also factors in her death, according to the coroner’s report.

The 32-year-old Clueless and 8 Mile actress died Dec. 20 at a Los Angeles area hospital after collapsing in her Hollywood Hills home.

The report adds that the cause of death was accidental and could probably have been prevented had she gone to see a doctor; Murphy did have a scheduled appointment with a physician – but that turned out to be a few days after her death.

Although she took several prescription drugs, including anti-seizure medication, there was no evidence of wrongdoing.

Brittany Murphy began her show business career as a teenager in the early 1990s, playing supporting or guest roles in series such as Almost Home, Frasier, and the Candice Bergen hit Murphy Brown.

In her second movie, she landed a much larger role: the ugly duckling Tai Frasier – eventually transformed into a swan – in the 1995 sleeper hit Clueless, Amy Heckerling’s revamping of Jane Austen’s Emma, with Alicia Silverstone as the lead.

Reportedly inspired by the 1990s rapper’s own upbringing, the “inspirational” 8 Mile chronicles the difficulties faced by a trailer park resident (Eminem) struggling to break into the hip-hop music business, at the time a nearly all-black scene. On screen, Murphy and the hip-hopper wannabe enjoy a relationship of the “it’s complicated” variety.

Somewhat surprisingly, 8 Mile went on to become a worldwide hit, grossing $242.8 million – more than half of that amount at the international box office. 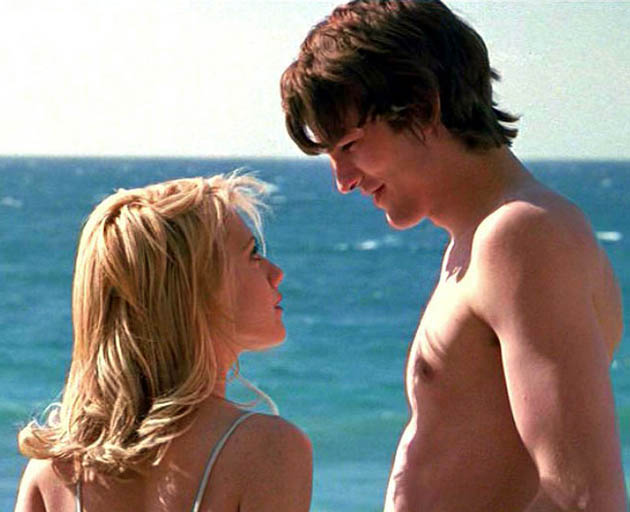 Brittany Murphy in Just Married, with a shirtless Ashton Kutcher. Like Uptown Girls, Shawn Levy’s $18 million-budgeted romantic comedy Just Married was widely panned by critics. Unlike Uptown Girls, it did find a wide international audience, ultimately taking in more than $100 million globally. Sam Harper was credited for the screenplay about a recently married couple whose lives have taken a dramatic turn for the worse.

Among Brittany Murphy’s other film appearances – less frequent and in smaller productions in the last three years – were:

Brittany Murphy’s biggest box office hit was George Miller’s 2006 Oscar-winning animated feature Happy Feet, in which she is heard – as the voice of the penguin Gloria – but not seen.

Also notable was Murphy’s appearance in Lloyd Kramer’s 1998 TV movie David and Lisa, a remake of Frank Perry’s 1962 psychological drama about a young couple who begin a relationship while in a mental institution. Lukas Haas was David while Best Actor Oscar winner Sidney Poitier (Lilies of the Field, 1963) played a caring doctor. (The original featured Keir Dullea and Janet Margolin as the couple, and Howard Da Silva as the doctor.)

Brittany Murphy has been mentioned in connection with a couple of upcoming releases – both low-budget horror thrillers:

Announced projects such as Shrinking Charlotte, in which Murphy was to have played the title role, will now have to be recast.

In addition, Murphy was at one point cast in Sylvester Stallone’s actioner The Expendables, but her role was ultimately written out of the film.

2014 update: Abandoned was a direct-to-video release in 2010. Something Wicked had a brief release in 2014, the same year that Joe Menendez’s critically lambasted TV movie The Brittany Murphy Story was aired on Lifetime. Amanda Fuller was cast as Murphy; with Sherilyn Fenn as her mother, and Eric Petersen as Murphy’s husband, Simon Monjack.

Regarding The Brittany Murphy Story, Variety reviewer Geoff Berkshire wrote that among the TV movie’s flaws were “embarrassing scripting, awkward performances and threadbare production values. Fortunately, unlike Murphy, it should be quickly forgotten.”

May 2010 update: Simon Monjack was found dead at his Hollywood Hills home on May 23, six months after Brittany Murphy’s passing. Monjack was 40.

Its so sad that she died a few days before christmas, rip britt sorry for the family.