Zac Gille 11 years ago
Bruce the Shark and director Steven Spielberg, the de facto Jaws stars. Universal Studios Orlando is getting rid of the Jaws ride, starring Bruce the Shark, so as to replace it with something new to compete with rival theme park Islands of Adventure. One of the biggest box office hits in history, the 1975 release features Roy Scheider, Robert Shaw, Richard Dreyfuss, and (versions of) Bruce the Shark. The horror thriller won three Academy Awards (Best Film Editing, Best Original Score, Best Sound) and was nominated for Best Picture; its cast members, director, and screenwriters (Carl Gottlieb & Peter Benchley), however, were all bypassed.
Contents hide
1. Jaws ride & star Bruce the Shark axed at Universal Studios Orlando
1.1. New & exciting mystery
1.2. Despicable Me-themed ride
1.3. ‘Jaws’ on the box office chart
1.4. David Fincher sides with The Girl with the Dragon Tattoo producer
1.5. Changing the rules
1.6. ‘The Girl with the Dragon Tattoo’ cast
1.7. Sundance U.S. Documentary Competition

Starring Roy Scheider, Robert Shaw, Richard Dreyfuss, and Bruce the Shark, Steven Spielberg’s 1975 horror actioner Jaws remains one of the biggest blockbusters ever in the U.S. and Canada – if inflation is taken into account. In fact, it’s no. 7 on boxofficemojo.com‘s inflation-adjusted list of top domestic box office hits, having sold enough tickets to guarantee more than $1 billion in current U.S. dollars.

But that’s not enough for Universal Studios Orlando, which will be sending Bruce the Shark packing in order to bring visitors something NEW and EXCITING – and to better compete with another local amusement park, Islands of Adventure. See below (via Facebook).

Hey fans, we want you to be the first to know… JAWS! and the Amity area will officially close on January 2 to make room for an exciting, NEW, experience we’re planning for you. We know you love JAWS! and we do too. It has been an amazing attraction and after terrorizing the waters of Amity here at Universal Orlando for 20 years, it’s a VERY important part of our history. So, we’ve got a couple things planned to ensure we always remember and honor it. We know it’s hard to say goodbye, but we can’t express how EXCITED we are about the new, innovative & amazing experience we’re going to be bringing you.

Who or what will be replacing Bruce the Shark remains unclear. But one thing you can be sure of (if park executives have a modicum of sense): the new and exciting Universal Orlando attraction will not be based on the Universal-distributed critical and commercial underperformers/downright bombs Cowboys & Aliens, Paul (which performed well in the United Kingdom), The Dilemma, Tower Heist, The Change-Up, Larry Crowne, Sanctum (a solid performer internationally), Your Highness, and Dream House.

Now, what about a Bridesmaids ride? This Kristen Wiig comedy was one of the studio’s few 2011 hits. They just gotta remove the R-rated swear words and sexual innuendos and make it “family” (and investor) friendly.

And perhaps add Bruce the Shark as a guest star?

As per The Baltimore Sun, Universal Studios’ next new and exciting attraction is scheduled to open next year. It’ll feature a 3D ride based on Despicable Me.

‘Jaws’ on the box office chart

Oh, and in case you were wondering … Ahead of Jaws & Bruce the Shark on the inflation-adjusted box office chart are the following movies, humans, and aliens:

What? No Avatar? That’s no. 14 – or even further down the list, if you were to take into account actual ticket sales (because of box office-inflating 3D surcharges).

As an aside: Following Jaws, Bruce the Shark impersonators were seen in several sequels, none of which was directed by Steven Spielberg and all of which were dismissed by critics. 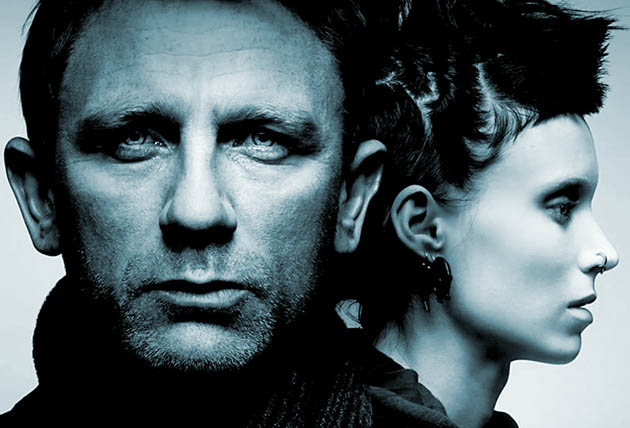 The Girl with the Dragon Tattoo 2011 with Daniel Craig and Rooney Mara. Here’s one Hollywood-related controversy not involving Lindsay Lohan or Bruce the Shark: Director David Fincher and producer Scott Rudin, both responsible for the 2011 remake of The Girl with the Dragon Tattoo, are at odds with The New Yorker film critic David Denby, who published a review of the film ahead of time.

David Fincher sides with The Girl with the Dragon Tattoo producer

From Bruce the Shark to David Fincher: The Se7en and Zodiac filmmaker, whose most recent effort is the upcoming thriller The Girl with the Dragon Tattoo, has – not unexpectedly – sided with the film’s producer, Scott Rudin, in the latest email-exchange leak that has the Web abuzz, Twitter BFFs turning into Twitter mortal enemies, and some wondering how much of this fracas is a publicity ploy to enhance visibility for the potential Oscar contender starring Rooney Mara and Daniel Craig.

Below is Fincher’s take (via the Miami Herald) on Rudin’s email spat with The New Yorker film critic David Denby, who is accused of having broken The Girl with the Dragon Tattoo‘s review embargo.

I think Scott’s response was totally correct. It’s a hard thing for people outside our business to understand. It is a bit of a tempest in a teapot. But as silly as this may all look from the outside – privileged people bickering – I think it’s important. Film critics are part of the business of getting movies made. You swim in the same water we swim in. And there is a business to letting people know your movie is coming out. It is not a charity business. It is a business-business.

This is not about controlling the media. If people realized how much thought goes into deciding at what point can we allow our movie to be seen, they would understand. There are so many other things constantly screaming for people’s attention. I started shooting this movie 25 days after I turned in The Social Network. We have been working really hard to make this release date. And when you’re trying to orchestrate a build-up of anticipation, it is extremely frustrating to have someone agree to something and then upturn the apple cart and change the rules – for everybody.

Rules had been initially changed when Rudin and distributor Columbia-TriStar agreed to allow members of the New York Film Critics Circle to watch The Girl with the Dragon Tattoo before anybody else. Even so, the film failed to win any of the NYFCC awards.

Fincher added that he was against the early screening: “Embargoes … Look, if it were up to me, I wouldn’t show movies to anybody before they were released. I wouldn’t give clips to talk shows. I would do one trailer and three television spots and let the chips fall where they may.”

Scott Rudin, for his part, has vowed that David Denby will no longer be invited to screenings of his films.

‘The Girl with the Dragon Tattoo’ cast

Besides Rooney Mara in the title role and Daniel Craig, The Girl with the Dragon Tattoo also features:

Among David Fincher’s other feature film credits are The Game and the Oscar-nominated The Curious Case of Benjamin Button and The Social Network. Scott Rudin’s other big-screen credits include The Hours, The Queen, No Country for Old Men, Revolutionary Road, It’s Complicated, and Fincher’s The Social Network. 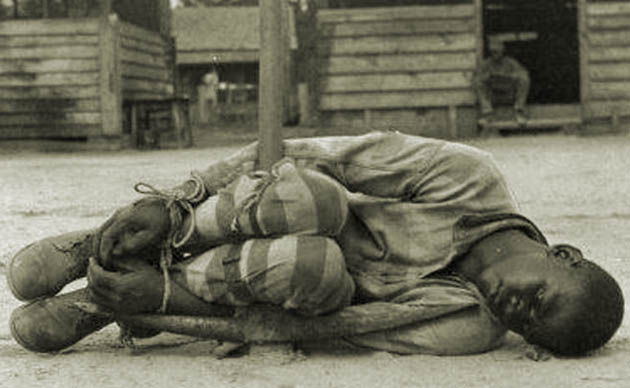 Slavery by Another Name. Based on Douglas Blackmon’s book Slavery by Another Name: The Re-Enslavement of Black Americans from the Civil War to World War II, Sam Pollard’s documentary chronicles how de facto slavery remained a reality of life in the American South long after the end of the Civil War and Abraham Lincoln’s Emancipation Proclamation. Written by Sheila Curran Bernard, the documentary is narrated by Laurence Fishburne.

From Bruce the Shark and The Girl with the Dragon Tattoo spats to movies in competition in the 2012 Sundance Film Festival’s U.S. Documentary category. Below is a partial list.

The Invisible War / U.S.A. (Director: Kirby Dick) – An investigative and powerfully emotional examination of the epidemic of rape of soldiers within the U.S. military.

Marina Abramovic The Artist is Present / U.S.A. (Director: Matthew Akers) – Marina Abramovic prepares for a major retrospective of her work at The Museum of Modern Art in New York.

ME at the ZOO / U.S.A. (Director: Chris Moukarbel & Valerie Veatch) – Chris Crocker … is considered the Internet’s first rebel folk hero and at the same time one of its most controversial personalities.

The Other Dream Team / Lithuania, U.S.A. (Director: Marius Markevicius) – The 1992 Lithuanian National Basketball Team went from the clutches of Communism to the Summer Olympics in Barcelona.

The Queen of Versailles / U.S.A. (Director: Lauren Greenfield) – Jackie and David were triumphantly constructing the biggest house in America … when their timeshare empire falters due to the economic crisis.

Slavery by Another Name / U.S.A. (Director: Sam Pollard) – As slavery came to an end with Abraham Lincoln’s Emancipation Proclamation, a new system of involuntary servitude took its place.

Love Free or Die: How the Bishop of New Hampshire is Changing the World / U.S.A. (Director: Macky Alston) – An openly gay bishop refuses to leave the Church or the man he loves.

The Girl with the Dragon Tattoo image: Anders Linden / Columbia-TriStar.

Slavery by Another Name image via the film’s website.