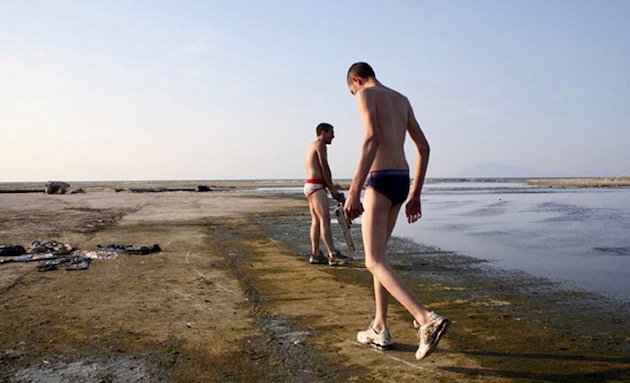 Also missing in action is Tomas Alfredson’s Let the Right One In / Låt den rätte komma in. Why?

Well, even though the Swedish vampire drama has been the Best Foreign Language Film pick of numerous U.S.-based critics’ groups this awards season, Sweden’s Oscar submission was veteran Jan Troell’s period drama Everlasting Moments – which can be found on the list below. (Check out: 2009 Guldbagge Awards honors Jan Troell and Harriet Andersson.)

Out of this year’s 65 (qualifying) Best Foreign Language Film Oscar submissions, the semifinalists are (in alphabetical order by country):

In recent years, the Oscars’ Best Foreign Language Film nominees have been chosen in two phases:

The Phase I committee, consisting of “several hundred” Los Angeles-based Academy members (usually of very advanced age), vote on the 65 eligible submissions. How many members actually sit through at least 15 or 20 of those films, is anyone’s guess.

One important change this year was that for the first time the Phase I committee was allowed to choose only six semifinalists. The other three – their titles haven’t been made public – were handpicked by the Academy’s Foreign Language Film Award Executive Committee, chaired by producer Mark Johnson (Rain Man, What Lies Beneath).

During the upcoming Phase II, the list of semifinalists will be streamlined so that only five films – the official nominees – will remain in the running. These will be selected by two committees comprising a total of two dozen or so New York City- and Los Angeles-based members, who’ll be spending next Friday, Saturday, and Sunday watching three films per day. Tough luck for the third film each evening.

Despite all the band-aids used to cover the potholes littering the Academy Awards’ Best Foreign Language Film nomination process, the category remains problematic.

The issue here is not a matter of taste. Instead, it’s a matter of inane rules and regulations preventing quality non-English-language films from even having a chance at landing an Oscar nomination. Not to mention the fact that the relatively small number of Best Foreign Language Film voters aren’t representative of the Academy as a whole.

The 2009 Academy Award nominations will be announced on Jan. 22 at 5:30 a.m. Pacific Time at the Academy’s Samuel Goldwyn Theater in Beverly Hills. The Oscar ceremony will be held on Sunday, Feb. 22, at the Kodak Theatre at Hollywood & Highland Center in Los Angeles.

The BAFTA Award nominations will be announced on Jan. 15. The ceremony will take place on Feb. 8 at London’s Royal Opera House. 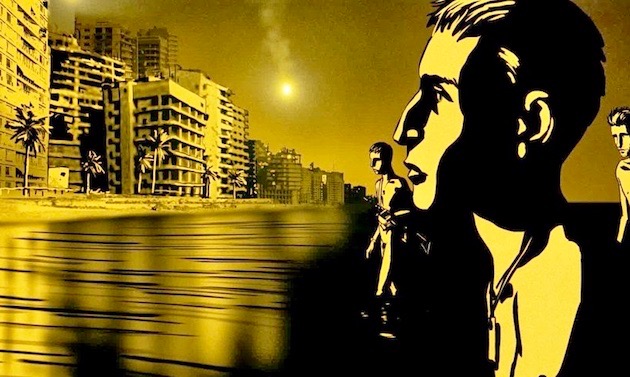 Waltz with Bashir, directed by DGA Award winner Ari Folman. Set during the 1982 Israel-Lebanon War, Ari Folman’s autobiographical animated documentary depicts his experiences as a soldier on the ground. The National Society of Film Critics’ Best Film, Waltz with Bashir was the co-winner – along with James Marsh’s Man on Wire – of the International Documentary Association‘s Best Feature Documentary award.

More awards season news: Danny Boyle was the expected winner of the Directors Guild of America (DGA) Award in the (narrative) feature film category for the Mumbai-set sleeper hit Slumdog Millionaire, while Ari Folman somewhat unexpectedly was named Best Documentary Director for the animated Israeli feature Waltz with Bashir. This awards season, the documentary category has been dominated by James Marsh’s Man on Wire.

The DGA Awards, by the way, has no animation category. To date, Waltz with Bashir has been the top choice of several U.S.-based groups in a field otherwise dominated by Andrew Stanton’s WALL-E.

The biggest loser of the evening was The Curious Case of Benjamin Button, starring Brad Pitt and Cate Blanchett: 8 nominations x 0 wins.

Expect the Academy’s choices to be quite similar to the Broadcast Film Critics’ selections in most categories, from Best Picture to Best Original Song. Do not, however, expect a Best Actress Oscar tie between former The Devil Wears Prada co-stars Meryl Streep (for Doubt) and Anne Hathaway (for Rachel Getting Married). That said, one of the two will likely be the Academy’s choice come next February.

Notably absent from the Critics’ Choice Awards’ nominations roster were the Leonardo DiCaprio-Kate Winslet marital drama Revolutionary Road, which was totally shut out; Michael Sheen for Frost/Nixon; Kristin Scott Thomas for I’ve Loved You So Long; and Clint Eastwood, who failed to get a Best Director nod for either Gran Torino or Changeling.

Notably present on the roster was Rod Lurie’s little-seen Nothing But the Truth, with two nods: Best Actress (Kate Beckinsale) and Best Supporting Actress (Vera Farmiga). All but ignored elsewhere this awards season, Nothing But the Truth may have had its Critics’ Choice Award chances boosted by director Lurie’s “direct marketing” approach.

Baler with Anne Curtis and Jericho Rosales. Set in 1898, when Spanish domination of The Philippines was about to come to an end, Baler tells the story of the forbidden love between a Filipina cutie (Anne Curtis) and a handsome, part-Filipino/part-Spanish soldier (Jericho Rosales): the young woman’s father is a local revolutionary; the young man is fighting on the side of the Spaniards, eventually getting stuck – along with a few dozen other soldiers – in the local church, in what became known as the Siege of Baler. Ironically, Spanish domination would be replaced by American domination; The Philippines became officially independent only in 1946.

Best Film
The Boy in the Striped Pajamas.
Burn After Reading.
Changeling.
The Curious Case of Benjamin Button.
The Dark Knight.
Doubt.
Frost/Nixon.
In Bruges.
I’ve Loved You So Long.
Milk.
The Reader.
Revolutionary Road.
Slumdog Millionaire.
WALL-E.
The Wrestler.

Actor of the Year (for an exemplary body of work): Robert Downey Jr. for Iron Man & Tropic Thunder.

Let the Right One In (2008) Movie Review: Tomas Alfredson Delivers Some Gripping Horror