One of the 2009 Cannes Film Festival’s clear favorites, Michael Haneke’s The White Ribbon, a stark tale about a small northern German town beset by strange happenings right before the beginning of World War I, took the Palme d’Or for best film. (Cannes 2009 winners list further below.)

“Happiness is very rare,” said Haneke upon accepting his prize. “This is one moment in my life in which I’m very happy, and so are you, I believe,” he added, speaking to his wife.

Another festival favorite, Jacques Audiard’s tough drama A Prophet, in which a young Arab man in a French prison is befriended by a Corsican mafioso, was given the Grand Prix – or runner-up award. The film and its young star, newcomer Tahar Rahim, will likely be two of the strongest contenders for the French Academy’s 2010 César, while both A Prophet and The White Ribbon will just as likely be two of the top films in the running for the European Film Awards later this year.

Filipino filmmaker Brillante Mendoza’s best director win for the violent cop thriller Kinatay was another surprise, as the film wasn’t all that well received by critics. Veteran Alain Resnais, whose romantic fantasy Wild Grass earned numerous raves, Jane Campion (for Bright Star), Xavier Giannoli (for In the Beginning), Marco Bellocchio (for Vincere), and Pedro Almodóvar (for Broken Embraces) would have been five far more likely choices.

As it turned out, Almodóvar, Giannoli, Campion, and Bellocchio went home empty-handed, but Resnais did receive a special Lifetime Achievement award and a standing ovation from the crowd at the Grand Theatre Lumiere. Campion, for her part, will likely have better luck come Oscar 2010 time.

The festival’s best actress was Charlotte Gainsbourg, who plays a crazed grieving mother intent on torturing herself and her husband (Willem Dafoe) following the death of the couple’s young son in Lars von Trier’s much-discussed Antichrist, which mixes sexuality and nastiness, including a graphic scene featuring genital self-mutilation.

Antichrist was so controversial that it won the Ecumenical Jury’s “anti-prize” for being “the most misogynist movie from the self-proclaimed biggest director in the world.” (Upon hearing of the anti-prize, festival director Thierry Fremaux remarked that it was a “ridiculous decision that borders on a call for censorship, [it is] scandalous coming from an ‘ecumenical’ jury which what is more is headed by a filmmaker [Radu Milhaileanu].”)

Thanking Dafoe and von Trier, Gainsbourg remarked that they “allowed me to live what I believe to be the strongest, most painful and most exciting experience of my whole life,” adding that her father, the late singer and actor Serge Gainsbourg who caused a stir in his day with several of his outrageous compositions, would have been “proud and shocked, I hope.”

Austrian-born TV performer Christoph Waltz was a surprise choice for best actor for his murderous Nazi colonel in Quentin Tarantino’s generally panned comedy Inglourious Basterds, in which Jews led by Brad Pitt take their revenge on the Nazis. Tahar Rahim had been the critics’ clear favorite for A Prophet.

Feng Mei won the screenplay award for Lou Ye’s Spring Fever, about relationship problems – both homo or hetero – in today’s China. Shot on the sly, the film will quite possibly get Ye in trouble – once again – after he returns to his home country. Not only is homosexuality taboo over there, but a couple of years ago Chinese authorities barred Ye from making films following the release of his politically charged drama Summer Palace. Ye’s previous films had also run into problems with the Chinese powers-that-be.

Among the other Cannes festival winners at the various sidebars and competitions were:

Several of the top 2009 Cannes winners had won awards at prior editions of the festival. Michael Haneke won the best director award in 2005 for Hidden and the Grand Prix in 2001 for The Piano Player; Andrea Arnold had won a previous Jury Prize for Red Road in 2006; and Park chan-wook won the Grand Prix for Old Boy in 2004.

This year’s nine-person jury was led by Isabelle Huppert, who won the best actress award in Cannes for her work in Haneke’s The Piano Player, and included no less than five actresses from various parts of the world. In addition to Huppert, there were Asia Argento, Shu Qi, Robin Wright Penn, and Sharmila Tagore. 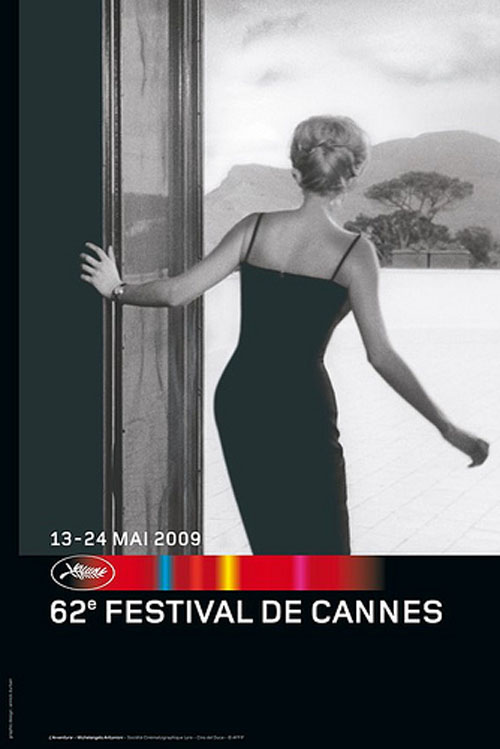 Prix Vulcain: Artist-Technician Aitor BERENGUER, sound technician of the movie MAP OF THE SOUNDS OF TOKYO directed by Isabel COIXET

Charlotte Gainsbourg as a bereaved mother in Antichrist.

Katie Jarvis as an aimless teenager in Fish Tank.

Any of those listed for best film, in addition to:

Marco Bellocchio’s Vincere (co-written by Bellocchio and Daniela Ceselli), about how Benito Mussolini mistreated his first wife (Giovanna Mezzogiorno) and son while millions of Italians thought he was just the greatest guy around.

Ken Loach’s Looking for Eric (written by Paul Laverty), about a postman who gets soccer player Eric Cantona  to become his life coach.

Writer-director Xavier Giannoli’s In the Beginning, in which a con man gets a small town to build a highway.

Writer-director Michael Haneke’s The White Ribbon, about a northern German community enmeshed in a series of nasty events right before the beginning of World War I

Jacques Audiard for A Prophet

Michael Haneke for The White Ribbon

Tahar Rahim as a young man behind bars in A Prophet.

André Dussollier as the elderly hero in Wild Grass.

François Cluzet as a con man in In the Beginning.