Writer, director, actor, and producer Carl Reiner, among whose feature-film credits are the George Burns hit Oh God! (1977) and several Steve Martin vehicles, is the subject of a mini-retrospective at the American Cinematheque’s Aero Theatre in Santa Monica that runs March 6-11. Reiner will make a personal appearance on March 6 for the double feature The Man with Two Brains (1983) and Dead Men Don’t Wear Plaid (1982), both starring Martin.

I’m actually unfamiliar with Reiner’s work. Of the movies listed below, I’ve only seen two: Where’s Poppa? and All of Me (1984). Where’s Poppa? is chiefly memorable because of Ruth Gordon’s quirky performance as a Jewish Mother who mixes Coke (or Pepsi?) with her morning cereal, while in All of Me, a light comedy with several good moments, Steve Martin becomes “possessed” by Lily Tomlin following a soul-transmigration procedure gone awry. Both performers are in good form; Martin even won the New York Film Critics’ and the National Society of Film Critics’ best actor award, though that failed to translate into an Oscar nomination.

THE MAN WITH TWO BRAINS, 1983, Warner Bros., 93 min. Dir. Carl Reiner. Brain surgeon Steve Martin is saddled with a horrible wife (Kathleen Turner), until he comes up with the perfect solution: transplanting the brain of a sweet, romantic woman into his nasty spouse’s gorgeous body. Outrageous gags and typically witty Reiner-Martin wordplay ensue in one of the funniest films of the 1980s.

DEAD MEN DON’T WEAR PLAID, 1982, Universal, 88 min. Dir. Carl Reiner. Steve Martin is a private eye who manages to interact with Humphrey Bogart, Barbara Stanwyck, and Alan Ladd thanks to gorgeous black-and-white cinematography (courtesy of RAGING BULL director of photography Michael Chapman) and some extremely creative editing. This merging of classic 1940s film noir clips and new footage directed by Reiner is a movie buff’s dream, and a hilarious comedy regardless of how familiar one is with the classics being referenced. Discussion following with director Carl Reiner.

THE JERK, 1979, Universal, 94 min. Dir. Carl Reiner. “The new phone book’s here! The new phone book’s here!” Before AIRPLANE, Jim Carrey, the Farrelly Brothers and Judd Apatow, there was THE JERK. Steve Martin and Carl Reiner team up for one of the most original and influential comedies ever made. Martin, in his screen debut, plays the lovable idiot Navin R. Johnson, a young sharecropper who leaves his poor black family behind to see the world and be somebody. The talented Bernadette Peters sings, dances, throws knives and plays the trumpet while M. Emmet Walsh shoots and curses his way into film history. “Stay away from the cans!”

ALL OF ME, 1984, Universal, 94 min. Dir. Carl Reiner. Ailing heiress Lily Tomlin arranges to have her soul transferred into the body of Victoria Tennant, but the procedure goes wrong and she ends up inhabiting the right side of Steve Martin instead. As the man and woman battle each other within the same body, Reiner mines huge laughs from the spectacle of Martin displaying his substantial gifts for physical comedy. The impeccably timed script is by future FIELD OF DREAMS auteur Phil Alden Robinson.

WHERE’S POPPA?, 1970, MGM Repertory, 82 min. Dir. Carl Reiner. Gordon (George Segal) is a devoted son who has promised never to abandon his smothering mother (Ruth Gordon at her craziest). When he meets the perfect girl, he becomes determined to get rid of his impossible mom in one way or another, and the result is an outrageously dark and subversive comedy. Reiner satirizes everything from Jewish mother stereotypes to urban racial tensions in this cult classic.

THE ONE AND ONLY, 1978, Paramount, 97 min. Dir. Carl Reiner. Struggling egomaniacal actor Henry Winkler turns to wrestling in an effort to generate publicity, and finds that the insanity of the sport is the perfect outlet for his hammy style. Unfortunately, he soon finds his new career wreaking havoc on his personal life (especially his marriage to Kim Darby). As usual, Reiner assembles a stellar supporting cast to back Winkler and Darby, with terrific comic turns from Gene Saks, Polly Holliday, and Herve Villechaize as an amorous wrestler.

ENTER LAUGHING, 1967, Sony Repertory, 112 min. Carl Reiner’s first feature is an astonishingly assured debut, with a visual polish (thanks largely to veteran cinematographer Joseph Biroc) and a deep sense of personal expression (it was based on Reiner’s autobiographical novel of the same name). Reni Santoni plays a young Jewish man who dreams of becoming a comedian during the Depression. Needless to say, his parents think that working in the family drugstore is a safer bet. Even in this early film, Reiner shows his skill at casting secondary roles, with a supporting cast that includes Shelley Winters, Elaine May, Jose Ferrer, Jack Gilford, Janet Margolin and Michael J. Pollard.

THE COMIC, 1969, Sony Repertory, 94 min. Dir. Carl Reiner. Dick Van Dyke plays an aging silent film clown who has seen better days, but whose ego prohibits him from accepting the truth about his life and career. An impeccable fidelity to the art of silent movies (seen in films-within-the film), combined with a rich, dark performance by Van Dyke, make this one of Reiner’s most affecting and original efforts. With Mickey Rooney. 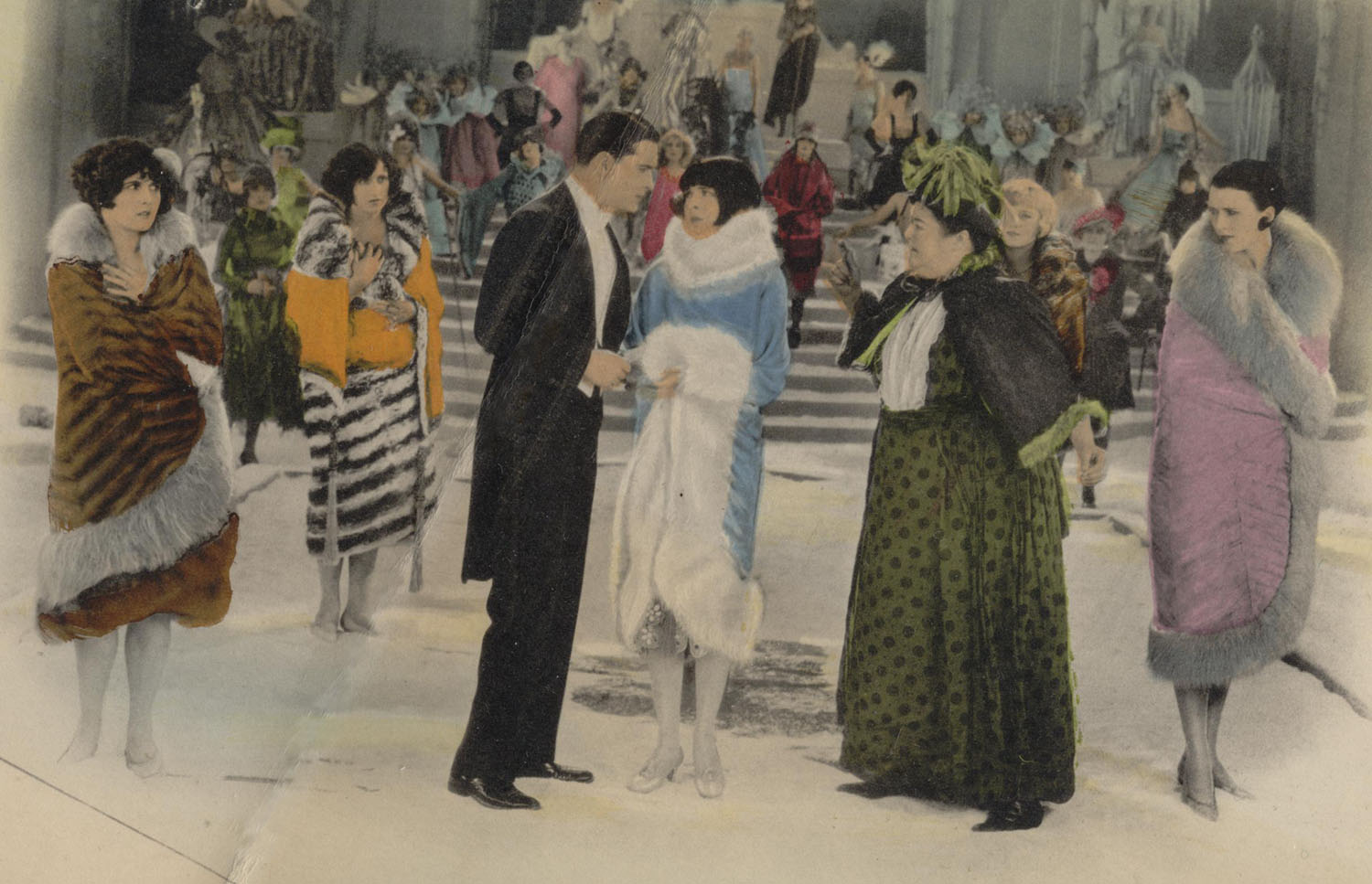 Contents hide
1. Curtain Call: Celebrating a Century of Women Designing for Live Performance
2. ‘The Man in the Moon’: Robert Mulligan Tribute at the Aero
3. ‘The Hot Rock’ & ‘Cops and Robbers’: Donald E. Westlake Tribute at the Aero
4. New Yorker Films Closes Its Doors

Accompanying the exhibit Curtain Call: Celebrating a Century of Women Designing for Live Performance, the New York Public Library’s Library for the Performing Arts will present a series of films from March 3-April 28 highlighting the role of female costume and production designers in Hollywood films from the 1910s to the 2000s. (See schedule below.) 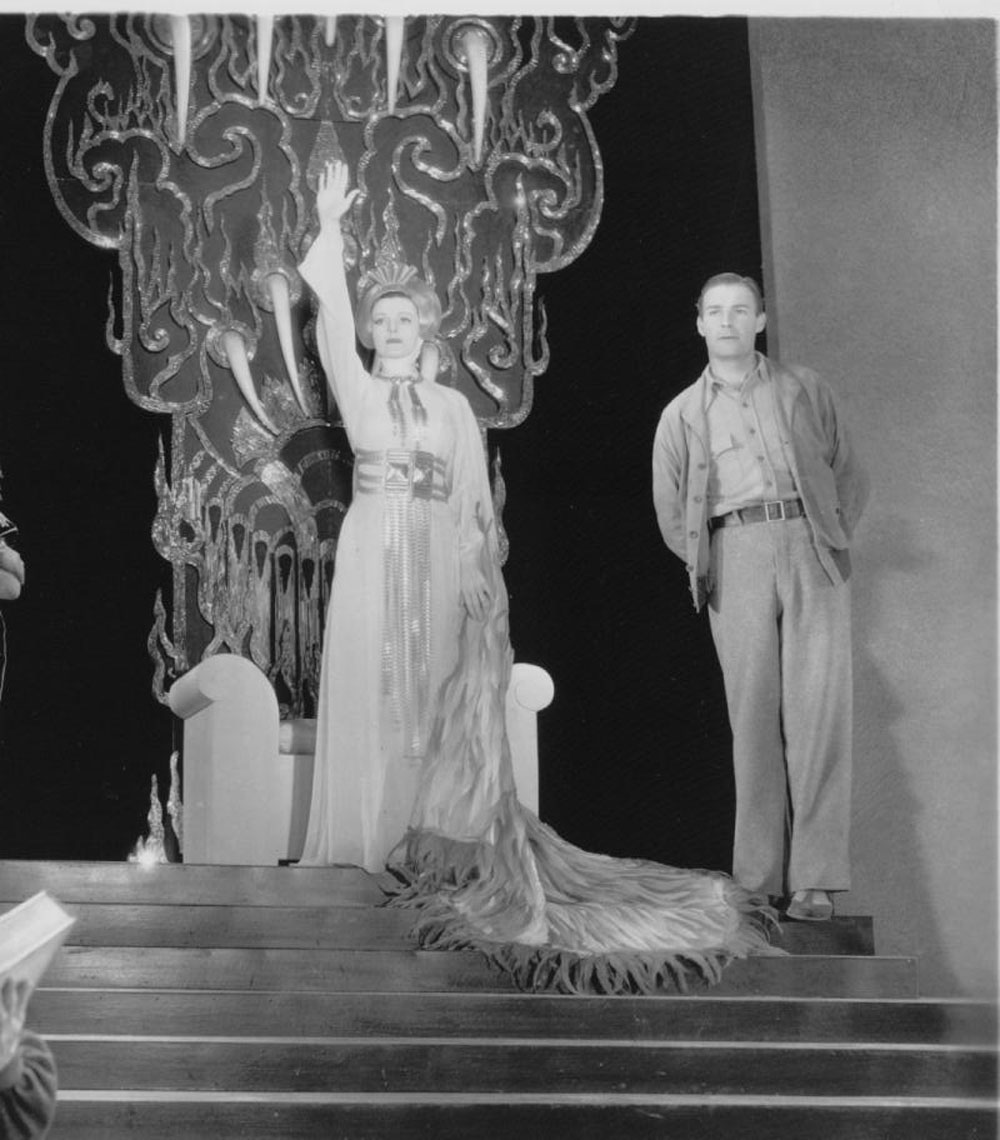 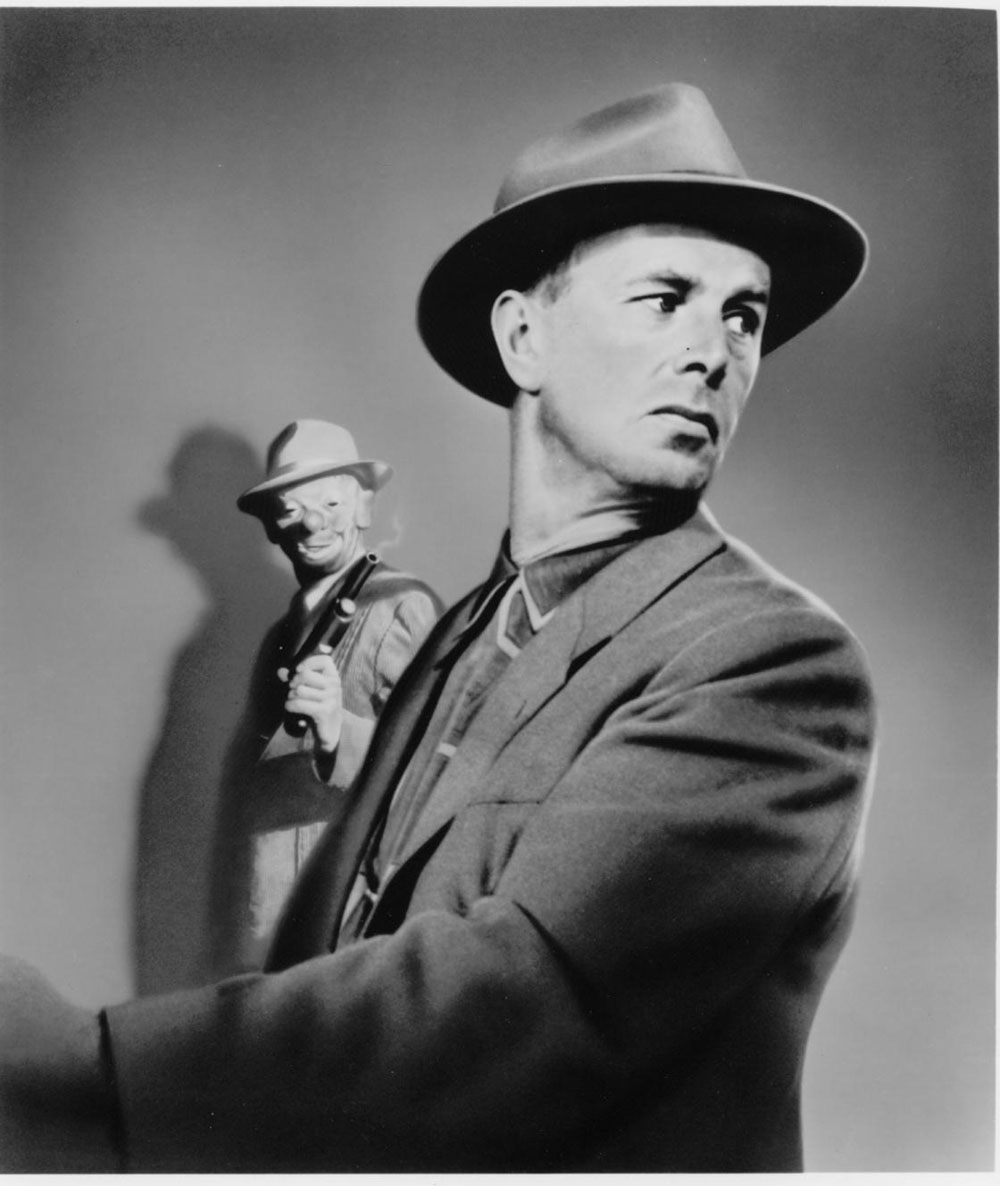 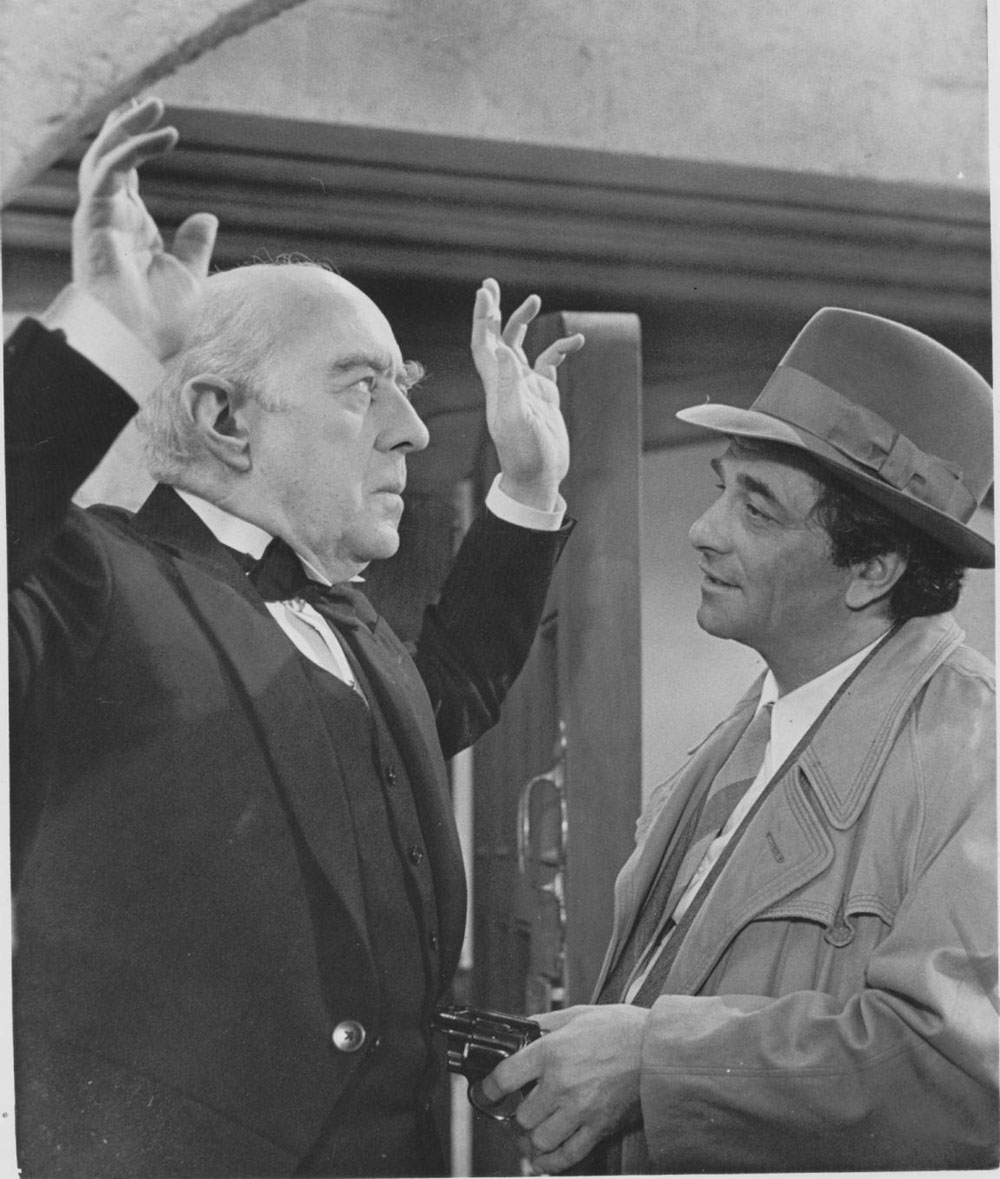 The Night that Larry Kramer Kissed Me, color, 81 minutes (Directed by Tim Kirkman, 2000). With David Drake. Scenery by Anna Louizos.

Reese Witherspoon The Man in the Moon.

‘The Man in the Moon’: Robert Mulligan Tribute at the Aero

The American Cinematheque will screen the 1991 drama The Man in the Moon as a tribute to recently deceased veteran director Robert Mulligan on Friday, March 13, at 7:30 pm at the Aero Theatre in Santa Monica.

The film’s star, Reese Witherspoon, was supposed to appear in person to introduce the screening, but she’ll apparently be unavailable.

Schedule/info from the American Cinematheque:

THE MAN IN THE MOON, 1991, MGM Repertory, 99 min. Director Robert Mulligan’s final film is also one of his finest, a subtle, beautifully realized coming of age story. Reese Witherspoon plays a fourteen-year old girl who discovers romance when she develops a crush on neighbor Jason London. Unfortunately, he’s got eyes for her older sister, and eventually all of the characters must learn to deal with loss and heartbreak. Mulligan’s sensitivity to performance and period detail (the movie takes place in 1950’s Louisiana) is on full display in this moving, universal tale of first love.

‘The Hot Rock’ & ‘Cops and Robbers’: Donald E. Westlake Tribute at the Aero

The American Cinematheque will present a memorial tribute to writer Donald E. Westlake, who died last December, with a screening of two films based on his novels, The Hot Rock and Cops and Robbers, on Thursday, March 12, at 7:30 pm at the Aero Theatre in Santa Monica.

I haven’t seen Cops and Robbers, but I remember finding the caper comedy The Hot Rock quite enjoyable. Directed by Peter Yates from an Academy Award-nominated screenplay by William Goldman, The Hot Rock stars Robert Redford and George Segal as jewel thieves attempting – and generally failing at – the perfect heist.

Schedule/info from the American Cinematheque:

COPS AND ROBBERS, 1973, MGM Repertory, 89 min. Dir. Aram Avakian. Cliff Gorman and Joseph Bologna play a pair of New York cops who feel smothered by the financial and social demands of their miserable lives. Their solution: an ingenious securities rip-off designed to buy their freedom. Adapting his own novel, Donald Westlake provides an effective combination of social satire and caper film, all set to a terrific score by the legendary Michel Legrand.

In March, Los Angeles’ ArcLight cinemas will host two mini-retrospectives: one dedicated to Alfred Hitchcock at ArcLight Hollywood, the other dedicated to the 1980s at ArcLight Sherman Oaks. The two film series run from March 2-30. (Scroll down for the schedule/ticket info.)

The Hitchcock films are all among his biggest and best-known successes (and they should look good on the big screen):

The 1980s films will also benefit from the ArcLight’s big screens:

Tickets available online at Arclightcinemas.com or at the ArcLight box office. For more information got to AFI.com.

The ever atrophying health of US film culture suffers another bleeding setback. Via the New York Times:

“New Yorker Films, the distributor that helped introduce American moviegoers to the works of Bernardo Bertolucci, Rainer Werner Fassbinder and Ousmane Sembène, announced on Monday that it was going out of business after 44 years.

“One of the most influential distributors of foreign and independent films, New Yorker has amassed a library of more than 400 titles, including Jean-Luc Godard’s Breathless and Claude Lanzmann’s epic Holocaust documentary Shoah, said Dan Talbot, who founded the company in 1965.

“Mr. Talbot, 82, said in a telephone interview that the company was going out of business because its library was being sold. It had been pledged as collateral on a loan taken out by its former owner, Madstone Films, which bought New Yorker Films in 2002.

“The library could be auctioned off as early as next week, he added.”

“After 43 years in business, New Yorker Films has ceased operations.

“We would like to thank the filmmakers and producers who trusted us with their work, as well as our customers, whose loyalty has sustained us through the years.”

his last movie one of the my favorite movie ever.

best movie ever my momma and I cried almost all through the end of the movie. It is really a great movie.

I consider The Man in the Moon to be on a par for Robert Mulligan as his best directorial work. It is a masterful piece of cinematic poetry, precise in its story and its message, and never over-reaching a single step along the way.

The camera work and audio/soundtrack in and about the family homestead are both fabulous; the abundant sense of presence in the outdoors is achieved throughout, to the point of hot summer evening sleeps on the screened porch, and realistic nightsounds of the Louisiana countryside backgrounding the parlance.

Mulligan clearly had a strong sense and knowledge of adolescence. He exhibited incredibly well in so many of his films. His achievement in that regard with his final film, The Man in the Moon, makes it a masterpiece.

Great article! Performing arts is just very interesting for anyone of different ages and lifestyles! And celebrating a century of women is a really wonderful idea!

Yeah, was a great film - don’t know about to kill a mockinbird, though :-)