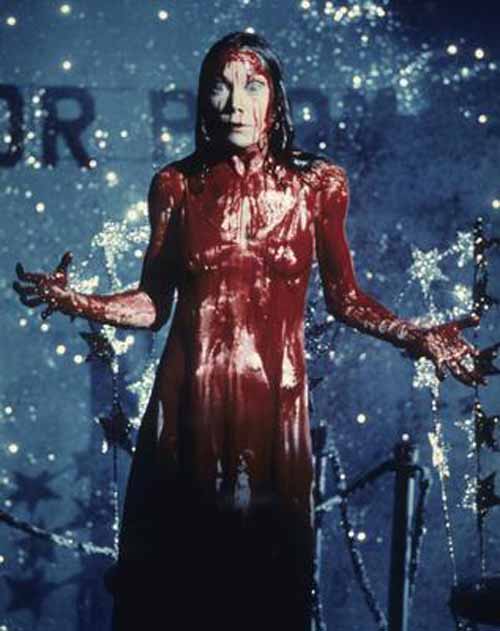 Director Brian De Palma, whose Iraq war drama Redacted earned him the best director award at the 2007 Venice Film Festival, will be the special guest at the Academy of Motion Picture Arts and Sciences’ “Monday Nights with Oscar” screening of the 1976 horror film Carrie. The screening will take place on Monday, Oct. 15, at 7:30 p.m. at the Academy Theater in New York City. De Palma will take part in a discussion following the film.

Carrie is the first big-screen adaptation – by Lawrence D. Cohen – of a Stephen King novel. For that alone, the movie and its telekinetic heroine should be banished to hell for all eternity, but, admittedly, Carrie does have its good points.

De Palma tends to pick the worst stories, but his visual flair is undeniable. Carrie may be sheer, utter, irritating nonsense, but the film does look good (courtesy of cinematographer Mario Tosi) and some of its imagery, e.g., Carrie walking alone at night covered in blood, is quite memorable.

Additionally, Sissy Spacek is – as usual – outstanding as the shy, homely, friendless high-school senior who has never heard of menstruation and who goes berserk after she becomes the victim of a mean-spirited prank on prom night. In a supporting role, veteran Piper Laurie returns to the big screen after a 15-year absence to deliver a top-notch performance as Carrie’s demented Christian mom. Both Spacek, who became a star following the film’s box office success, and Laurie deservedly received Academy Award nominations.

“Monday Nights with Oscar” is a monthly series showcasing high-quality prints of films that have been nominated for or won Academy Awards. For this screening, the Academy will present a new print from the Academy Film Archive.

Tickets for Carrie are $5 for the general public and $3 for Academy members and students with a valid ID. Tickets may be reserved by calling 1-888-778-7575. Depending on availability, tickets may be purchased in person on the afternoon of the screening. Doors open at 7 p.m. All seating is unreserved.

Oct. 16 update: Brian De Palma and Amy Irving were the special guests at the Academy of Motion Picture Arts and Sciences’ “Monday Nights with Oscar” screening of De Palma’s 1976 horror film Carrie on Monday, Oct. 15, at the Academy Theater in New York City. Academy New York Events Director Patrick Harrison moderated a post-screening discussion about the making of the film. 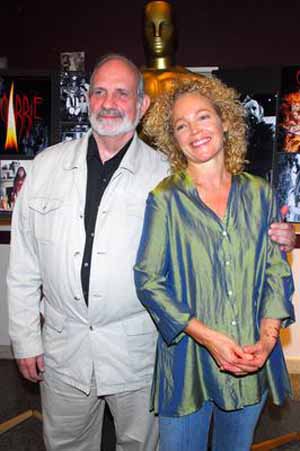 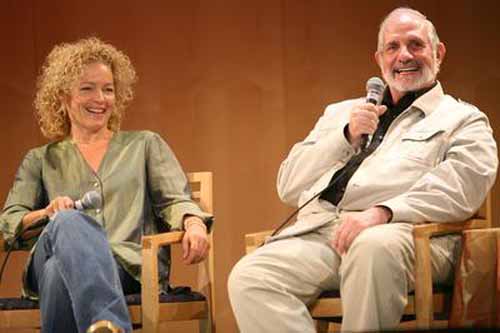 There is nothing nonsensical about Carrie. Not even remotely. It is one of the greatest horror films ever made. One of the greatest FILMS, for that matter. The reason you find it so confounding is that it was made during an era when nobody cared what pretentious types thought. About ANYTHING. Today, nobody makes anything-be it a song, tv series, movie, painting, NOTHING-without obsessing over whether the resulting product might leave them open to mockery. That’s why everything sucks. Back during the 70’s, and especially the 80’s, the only standard was whether somebody wanted to make something, and whether the men behind the desks could be convinced that somebody wanted to SEE it. That approach gave us The Sound of Music, and The Godfather, and Star Wars, and Psycho, and Goldfinger and endless multitudes of movies that were enjoyed by human beings. Today, they’re all terrified that someone might regard them as unhip, so we get sagas of empowered transvestites and noble thugs.

More girls should dress up as Carrie/Nosferatu for prom. I would like to have that child.

Ah, it would be nice to see Ms. Irving more often.
Her voice is so soothing, and her beauty ever prevailing.

CARRIE is a horror classic but no one ever really talks about the other film DePalma released that same year OBSESSION. DePalma was quite cleary still in his HITCHCOCK KNOCKOFF phase, but he did it with such style. But CARRIE had something OBSESSION did not, Sissy Spacek.