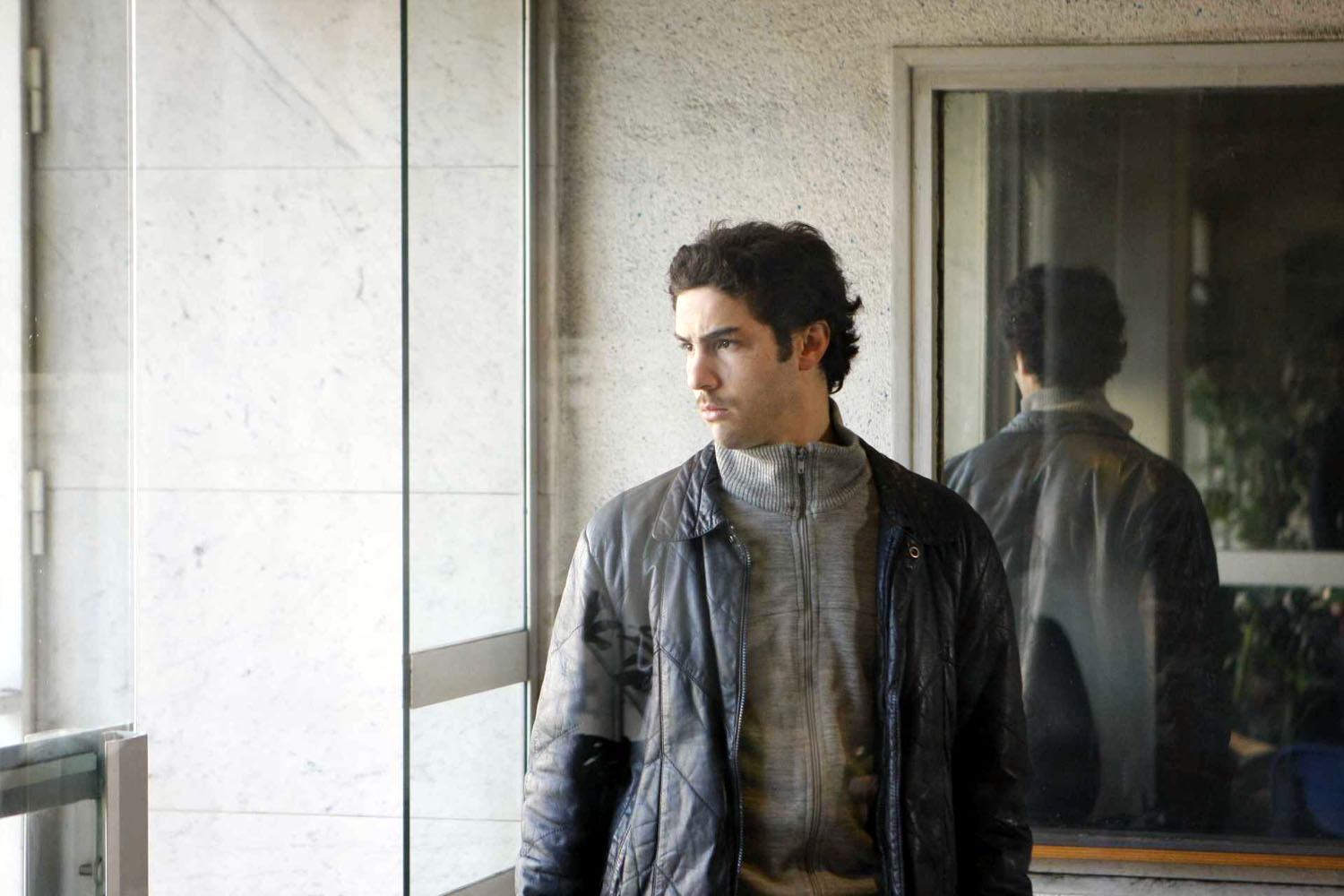 A Prophet, Jacques Audiard’s internationally acclaimed prison drama, was the big winner at the 2010 César Awards ceremony held at the Théâtre du Châtelet in Paris. Academy Award winner Marion Cotillard served as the ceremony’s honorary president. She was assisted by co-presenters Gad Elmaleh and Valérie Lemercier.

Upon accepting his third award of the evening, when A Prophet was named Best Film, Audiard referred to the country’s undocumented population, particularly France’s undocumented filmmakers. In the presence of French Minister of Culture Frédéric Mitterrand, he issued an appeal: “There are those who are disturbed at this time; it would be good if the powers-that-be could be more considerate toward them.” He then dedicated his César to those undocumented workers.

Three years ago, Audiard also won three Césars the same evening. That was when the underworld vs. piano-playing drama The Beat That My Heart Skipped swept the Césars with ten wins. Additionally, Audiard won a César for Best Screenplay (Original or Adapted) for Sur mes lèvres (2001) and his Regarde les hommes tomber (1994) was voted Best First Film.

“You’ve seen a beur [Arab, French-Arab; pronounced like “beurre,” butter] melt,” an overwhelmed Tahar Rahim declared while accepting the Best Male Newcomer award. “Guys, what an adventure! I’ll never be able to thank you enough for having offered me that, for having invited me on board. And Jacques, for having placed me on first class.” Rahim, the first performer to win both the Best Actor and Best Male Newcomer Award, later exclaimed, “It’s incredible what’s happening! I’d like to thank the France of the Movies for this honor. And long live French cinema.”

A Prophet has sold more than 1.2 million tickets in France. It’s an undeniable hit, but for comparison’s sake: The Princess and the Frog has sold 2.9 million tickets, the documentary Oceans 2.2 million, Sherlock Holmes 1.7 million, and Avatar 13.8 million.

According to The Hollywood Reporter, French films sold 200 million tickets in 2009 and 19 million in January of 2010.

Emmanuelle Devos was the Best Supporting Actress César winner for Xavier Giannoli’s In the Beginning, a well-received drama that also played at Cannes. In the film, Devos plays the mayor of a small town in the north of France suffering from high unemployment rates. A teary-eyed Mélanie Thierry was the Best Female Newcomer for her young alcoholic in Le dernier pour la route (One for the Road). Never mind the fact that Thierry has been around for more than a decade.

Stéphane Brizé and Florence Vignon won the Best Adapted Screenplay for Mademoiselle Chambon, in which Vincent Lindon plays a happily married man whose family life is derailed when he becomes enamored of a teacher.

Radu Mihaileanu’s Le Concert, partly shot at the Théâtre du Châtelet where the César ceremony was held, won two awards: Best Original Score and Best Sound. Coco Before Chanel, starring Audrey Tautou, won the Best Costume Design César. The film is also in the running in that category for this year’s Oscars.

Philippe Lioret’s Welcome, also starring Vincent Lindon, went home empty-handed despite its ten nominations and an upset win at the Lumière Awards a few weeks ago. Welcome was turned into a cause célèbre – and a sleeper box office hit – after a politician criticized the film for its negative depiction of France’s anti-immigration laws and law-enforcement agencies. 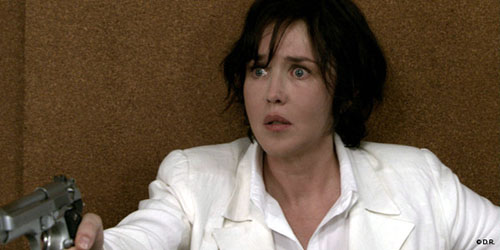 Veteran Isabelle Adjani, 54, received the Best Actress César from the hands of Gérard Depardieu, who announced, “Ah, [the winner] is a friend!”

In Jean-Paul Lilienfeld’s Skirt Day, Adjani plays a teacher on the verge of a nervous breakdown, having to deal with obnoxious, misogynistic students in a rough, immigrant-filled Parisian neighborhood. The teacher ends up taking matters in her own hands when her students ridicule and harass her on the day she shows up wearing a skirt in class. Her solution? Point a gun at them and hold them hostage.

Now with five César wins in the Best Actress category, Adjani has broken her own record. Her previous wins were for Andrzej Zulawski’s Possession (1981), Jean Becker’s One Deadly Summer (1983), Bruno Nuytten’s Camille Claudel (1988), and Patrice Chéreau’s Queen Margot (1994). Additionally, Adjani was nominated for The Story of Adele H. (1975), Barocco (1976), and Subway (1985).

“I believe I’ve never been as moved as I am tonight because of this César. This César crowns the most modest role of my career and the choice of a film no one had been interested in. I’m very proud that my work has been recognized in such fashion.”

“Film tests our conscience and the legacy we want to leave our children. For me that’s a joy that goes beyond winning an award. … This film was a very small effort and I’d never have believed that it would have gotten this far within the industry and with the public. Everything is still possible for those films that are capable of creating a path for themselves, even if often no one wants them because they [have something important to say].”

After remembering her deceased mother, Adjani teared up again and got off the stage.

Skirt Day filmmakers had to fight to get their film screened at a few French movie houses. The Best Picture César nominee sold less than 60,000 admissions in its first two weeks, but was seen by more than 2.2 million television viewers when shown on ARTE, breaking audience records for the station.

Sigourney Weaver arrives at the 2010 César ceremony. Weaver was there to present the Honorary Cesar to Harrison Ford, her co-star in Mike Nichols’ 1988 romantic comedy-drama Working Girl, with Melanie Griffith. Weaver received a Best Supporting Actress Oscar nomination for that movie. She can currently be seen on French screens in James Cameron’s sci-fi epic Avatar.

Last weekend, Avatar became the #14 all-time hit in France’s box office history – after David Lean’s 1957 Oscar-winning war drama The Bridge on the River Kwai. By the end of its run, Avatar is expected to be among the France’s top ten box office hits ever. Unlike Hollywood studios, which rely on (inflatable) dollar figures, many other countries rely on the number of tickets a movie has sold.

Hollywood star Harrison Ford received the 2010 Honorary César, presented to him by his Working Girl co-star Sigourney Weaver (above), one of the stars of James Cameron’s box office phenomenon Avatar. Ford was greeted by a long standing ovation.

After several minutes trying to stem the applause, Ford said that “France reinvented cinema through the New Wave. And the American cinema rediscovered its vigor thanks to the New Wave. And I’ve had the good luck of working with those filmmakers who were inspired by the French New Wave.”

Additionally, the César ceremony featured an homage to the recently deceased Nouvelle Vague pioneer Eric Rohmer, during which clips from his films were shown while actor Fabrice Luchini, one of Rohmer’s favorites, read a laudatory text.

Cotillard began the proceedings by saying: “This evening we share the same dream of the movies and we’re all lucky to be in a country that, for 115 years, has been making this dream possible … Dear French cinema, I now announce the beginning of the 35th César ceremony.” Jacques Audiard’s A Prophet was the evening’s big winner, with nine Césars including Best Picture, Best Director, Best Actor (Tahar Rahim), and Best Supporting Actor (also Rahim). Isabelle Adjani was the best actress for Skirt Day.

Outstandingly talented actress, gorgeous and fashionable style.. what else can we ask from her!?

Marion is definitely the best French actress right now. Too bad she’s not nominated for Oscar this year as suffering wife in “NINE.” She’s more deserving than Penelope…