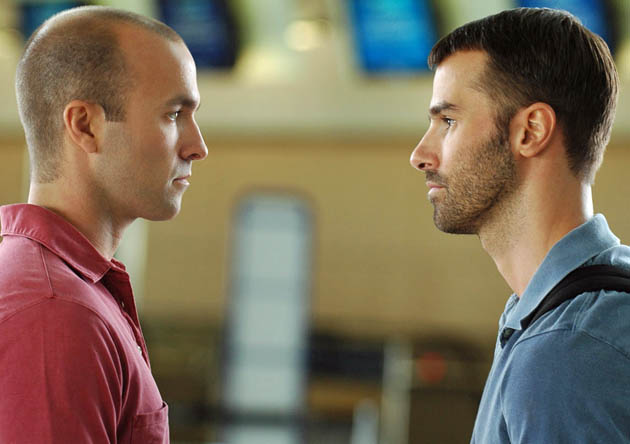 Yen Tan’s Ciao, an intimate, deliberately paced drama about two strangers who develop a close bond following the unexpected death of a mutual friend, has been garnering praise at various film festivals, winning the Jury Prize at the 2008 Philadelphia Gay & Lesbian Film Festival, the Audience Award at Montreal’s Image + Nation, and an Honorable Mention at AFI Dallas.

Written by Tan and Italian web designer Alessandro Calza, Ciao stars Adam Neal Smith as Jeff, a man grieving over the freeway-accident death of his best friend, Mark (Chuck Blaum, billed as Charles W. Blaum). Enter Andrea (Calza, in his screen debut), a Genoa resident with whom Mark had developed an “intimate” – as in “emotionally intimate” – online relationship.

In fact, as it turns out, Andrea knows things about Mark of which Jeff, despite having known his friend for years, was completely unaware. Andrea and Jeff spend one weekend together reminiscing about their dead friend, whose resonance works as a conduit for the two men’s budding connection.

At Twitchfilm.com, Michael Guillen calls Ciao “one of my favorite films from Frameline 32,” while Eric Hynes writes on indieWIRE that “during a time when American independent cinema either grunts elliptically under moody skies or chatters banally cross-legged on the living room floor, the purposeful, probing dialogue in Yen Tan’s Ciao feels like a throwback to an entirely different reality. … Nothing but cheap suspense is lost when information and honest feelings are exchanged in Ciao, and what’s gained is something more lovely, complicated, and true.”

Ciao, which is currently on screens in San Francisco, Boston, and Denver, opens in Los Angeles – at the Sunset 5 in West Hollywood – on Dec. 26. (Full screening schedule.)

Yen Tan has kindly answered (via email) a few questions about Ciao. See below.

Recommended for You
Ciao movie: Alessandro Calza and Adam Neal Smith develop an emotional bond – that eventually is manifested physically – in Yan Ten’s psychological drama that won the Jury Prize at the 2008 Philadelphia Gay & Lesbian Film Festival and the Audience Award at Montreal’s Image + Nation.

The initial draft of Ciao, which is a lot different from the finished film, was entirely written by me. Alessandro came on board when his input became more and more integrated into the subsequent drafts.

He had a lot to say about the Italian character, obviously, but I also used a number of his ideas about online dating and relationships. It was actually not difficult for us to collaborate, since we relied entirely on emails and talking on Skype, which costs nothing.

Jeff was entirely made up. He wasn’t based on anyone I know. I only consciously developed his character to counteract with Andrea, in that his personality has to be very different from the Italian’s.

Jeff is reserved and low-key while Andrea is more outspoken and dynamic. Yet, towards the end, they come to terms with their loss in almost the same way.

Alessandro was a logical choice even though he had no acting experience. But he was so involved in the creation of the script and the central character was an Italian, so of course I had to consider him!

When I tried him out for the part, he sent me some video clips and I thought he had a very strong camera presence, which led me to believe that his performance could be shaped up for the film.

I’ve known Adam as a friend for many years. I always found him to be very reserved and polite in real life. I thought he was like Jeff, in many ways. 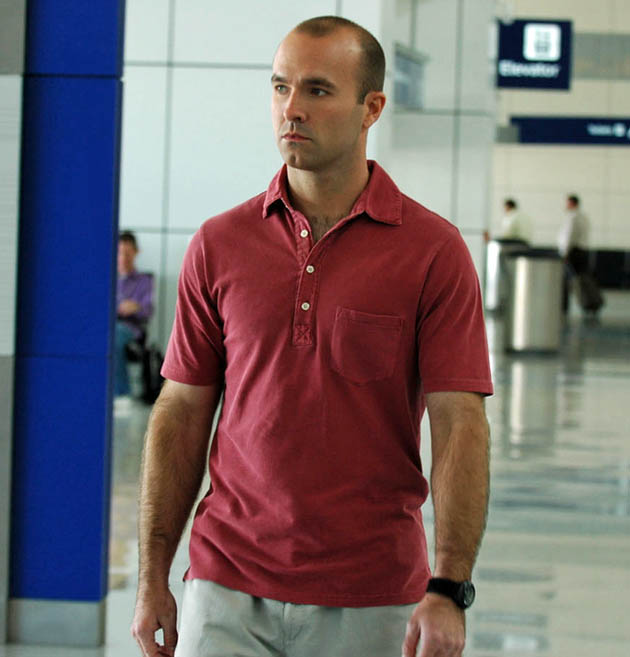 Ciao movie with Adam Neal Smith, making his feature film debut as Jeff, a Dallas man grieving over the death of his best friend (Charles W. Blaum) in a freeway crash. According to the IMDb, prior to Ciao Smith had appeared in only a trio of shorts: Snap (2002), Cowboys & Indians (2004), and Night Without Justice (2004).

Not any Ozu films in particular, although my favorite ones are Good Morning and Late Autumn. I’m particularly inspired by him stylistically and by the humanistic elements in his stories, which are fairly consistent in every one of his films.

I’m also a huge fan of Hou Hsiao-Hsien, who’s also Ozu-inspired and the French gay director, François Ozon. His A Time to Leave is a masterpiece. It’s honestly one of the best films I’ve ever seen.

Yes, I see how Ciao shares some similar themes with Ozpetek’s Le Fate ignoranti, which is a film I enjoyed, but no, I don’t think I ever thought of that film when we were making ours.

One film that I did watch quite a bit before we started shooting was Jun Ichikawa’s Tony Takitani, which was based on Haruki Murakami’s short story. The somberness and formalism of that film was a real inspiration.

Michael is a professional gaffer in Hollywood, so he’s much more technically proficient than me, since I hardly know how to light a scene or what gear to use. It’s hard for me to explain exactly how we achieved that look, since that sounds very technical!

But Michael and I had extensive dialogue throughout the production on what I wanted to accomplish, and I did my best to describe the feelings of each shot with him and our production designer Clare Floyd DeVries.

Thankfully, they understood my ideas very well and even managed to improve them in ways I wouldn’t have thought. Ultimately, we aimed for resonance. We didn’t want something to just look pretty, because we wanted each shot to have its own emotional meaning and context.

I have written a number of screenplays over the years. One of them is “Pit Stop,” which is set in a small town in Texas and is something I’ve been wanting to shoot for a very long time.

I think Alessandro and I will be working on another film again. We just started talking about the script, so hopefully it won’t take us years to get this one off the ground!

The Masseurs and a Woman Hiroshi Shimizu Non-Traditional Societal Roles

YEN, OF COURSE I HAVEN’T SEEN THE MOVIE, I HOPE I WILL BE ABLE TO, WISH DON WAS HERE TO SEE IT..AND DO A CRITIQUE…WHAT FUN WE WOULD HAVE…LOVE YA RICHARD…I AM STILL HERE IN DALLAS…AFTER ALL OF MY TRAVELS…OH YEAH…

Is there an alternate ending to the story? Movie was absolutely wonderful but the ending left me unfulfilled.

I think a simple story that can be ended in another way. I like the frame on the ilm and the parts in which nobody talks. It´s intimate. And Alessandro Calza is a surpringsly good actor and more handsome than anyone in Hollywood.