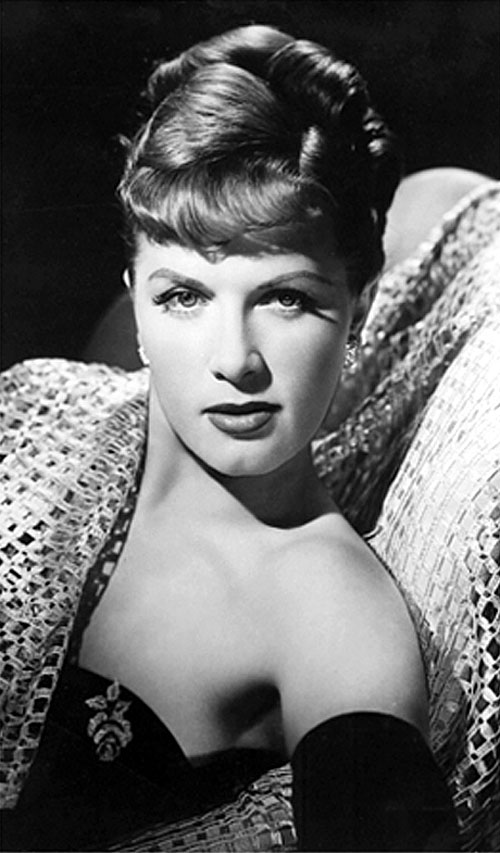 Upcoming treats include the 1932 pre-Code thriller Afraid to Talk, featuring Eric Linden and Sidney Fox (who committed suicide in 1942) in a tale involving politicians, gangsters, and corruption; a q&a session with Adrian Booth (right), whose 1949 color Western The Last Bandit will be screened later this afternoon; the 1918 drama Broadway Love, directed by Ida May Park (one of several female writer-directors of the silent era), and starring Dorothy Phillips (a the time a top player) and featuring Lon Chaney in a supporting role; and Nightmare, a low-budget 1942 mystery thriller with Brian Donlevy and John Barrymore’s daughter, Diana Barrymore.

Among Monday’s highlights are the 1935 Paramount drama Rumba, starring George Raft and Carole Lombard (and with Margo and Gail Patrick in supporting roles); Frank Capra’s 1929 part-talkie melodrama The Younger Generation, worth watching because of Jean Hersholt’s excellent performance as a Jewish immigrant father destroyed by the materialism of his Americanized son (super-handsome Ricardo Cortez); and, most interesting of all, the 1918 Norma Talmadge-Eugene O’Brien vehicle De Luxe Annie – about amnesia, crime, remembrance, and the devil to pay – directed by the capable Roland West (best remembered for his 1930 suspense drama The Bat Whispers). I should add that Talmadge and O’Brien were a popular romantic team in the 1910s and 1920s; the pretty and talented Talmadge, in fact, was one of the top two or three female superstars of the silent era.

Directed by Wesley Ruggles, the 1935 Claudette Colbert comedy The Bride Comes Home, also scheduled for Monday and co-starring Fred MacMurray and Robert Young, is one of the poorer examples of 1930s screwballish humor, but since it stars Claudette Colbert it’s worth a least a look.

For more information, go to the Cinecon website. Schedule subject to last-minute changes and delays.

MGM Files for Bankruptcy + the History of Hollywood & ‘The Bridge...

It was a good show, but please…get the entrance fee issue resolved. No one appreciates financial surprises!

Was I surprised to find the dealers rooms charged DOUBLE for admission. The Cinecon webpage clearly said dealers room admission was $5. We were each told $10 at the door. They didnt seem to know WHAT to charge. Dont know who was responsible (Danny Schwartz, perhaps? He booked the dealer room tables ) Never again, folks.