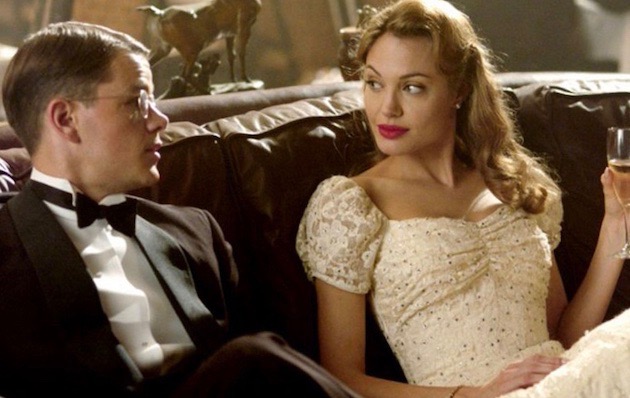 English-language productions dominate the Official Competition line-up at the 2007 Berlin Film Festival, which runs between Feb. 8–18. In all, 22 films are vying for the Golden Bear while four are being screened out of competition.

Most of the English-language fare hails from the United States and the United Kingdom, in addition to several American and British co-productions with other nations. A few key titles are listed below.

Two-time Oscar winner Robert De Niro (Best Supporting Actor for The Godfather: Part II, 1974; Best Actor for Raging Bull, 1980) made his feature film directorial debut with A Bronx Tale back in 1993. Thirteen years later, he returned behind the camera for the Cold War drama The Good Shepherd, starring Matt Damon as a dedicated agent at the United States’ World War II intelligence agency, the Office of Strategic Services (OSS), and co-founder of its successor, the CIA. Damon’s fellow Hollywood star Angelina Jolie was cast as his beautiful but neglected wife.

Coolly received by U.S. critics following its December 2006 debut – and a costly box office bomb – The Good Shepherd has been all but ignored this awards season. A couple of exceptions have been the works of ASC Award-nominated cinematographer Robert Richardson and Academy Award-nominated art director Jeannine Oppewall, along with set decorators Gretchen Rau and Leslie E. Rollins.

Also in the extensive (and international) The Good Shepherd cast:

Like The Good Shepherd, The Good German has been all but ignored this awards season – with one exception: Thomas Newman’s score, which has been shortlisted for the Academy Awards. 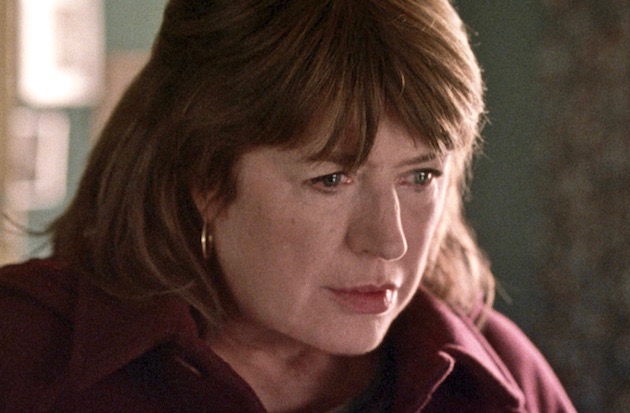 Irina Palm with Marianne Faithfull. A veteran singer and actress known for the 1964 hit single “As Tears Go By”; the movies The Girl on a Motorcycle (1968), opposite Alain Delon, and Hamlet (1969), as Ophelia; her relationship with the Rolling Stones’ Mick Jagger; and her portrayal of a stylish, singing God in Absolutely Fabulous, 60-year-old Marianne Faithfull returns to the big screen playing the title character in Sam Garbarski’s Irina Palm – a loving granny who’ll do whatever it takes to pay for the operation of her sick grandson, even if that means, literally, lending a hand to male strangers in dire need of an orgasm.

Below are four more English-language titles in competition at the 2007 Berlinale.

Here are three more English-language Berlin Film Festival entries to be screened out of competition.

Since François Ozon has gone the English way, it’s up to veterans Jacques Rivette, 79 next March 1, and André Téchiné, 64 next March 13, to keep la langue française up there on the Berlinale’s international competition screens.

Téchiné is offering The Witnesses / Les témoins, a drama about the AIDS explosion of the 1980s. In the cast: Johan Libéreau, Emmanuelle Béart, Michel Blanc, Sami Bouajila, Julie Depardieu, and filmmaker Xavier Beauvois. 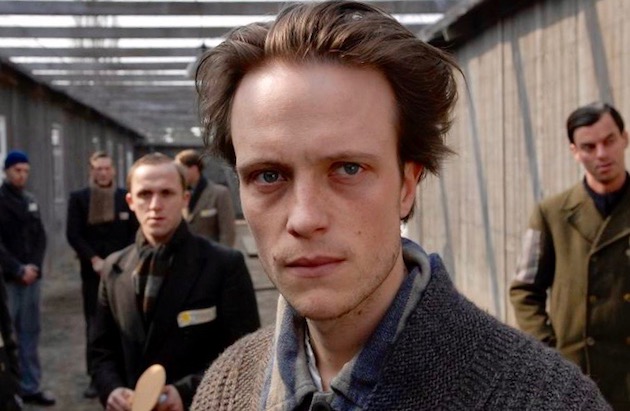 The Counterfeiters with August Diehl. Based on former Sachsenhausen concentration camp inmate Adolf Burger’s book of memoirs, The Devil’s Workshop, Stefan Ruzowitzky’s Berlin Film Festival entry The Counterfeiters / Die Fälscher shows the Nazis’ attempts to sabotage the economies of the United Kingdom and the United States’ by flooding the market with millions of counterfeit British pounds and U.S. dollars. Karl Markovics plays the film’s key (fictitious) counterfeiter while August Diehl (The Ninth Day, Mouth to Mouth) is Burger, depicted as the righteous inmate who sabotages the counterfeiters’ pro-German work.

Below are a few international entries in the Berlinale’s Official Competition line-up, including the only two German-language films vying for the Golden Bear, The Counterfeiters and Yella.

Below is the full list of the 2007 Berlin Film Festival’s Official Competition & Out of Competition line-up.

In Memory of Myself / In memoria di me, dir.: Saverio Costanzo, Italy.

When a Man Falls in the Forest, dir.: Ryan Eslinger, Canada / U.S. 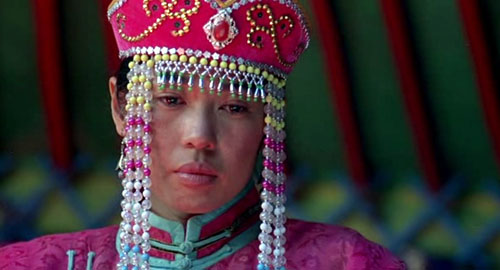 “When I started making films, my teacher said film should show people’s dreams. This film made my dreams come true,” remarked Chinese director Wang Quan’an upon accepting the Berlin Film Festival’s Golden Bear for his rural drama Tuya’s Marriage, a portrait of the social and environmental costs of China’s unbridled economic growth.

In Tuya’s Marriage, a woman (Yu Nan) living in desertifying Inner Mongolia (a territory in northern China) tries to find a new husband to take care of herself and of her family, including handicapped husband no. 1. “I think that it is important, particularly in this time when the economy is booming,” Wang remarked, “to ponder and reflect on what we’re losing.”

Tuya’s Marriage is the third Chinese film to win the Golden Bear in the last 20 years, following Zhang Yimou’s Red Sorghum (1988) and Xie Fei’s Women from the Lake of Scented Souls (1993). Last year, Jia Zhang-Ke’s Still Life, which shows the environmental and social damage caused by the building of the Three Gorges Dam, won the Golden Lion at the Venice Film Festival.

The runner-up for best film was Grand Prix winner The Other, Argentinean director Ariel Rotter’s tale of a man who undergoes a mid-life crisis – including an attempt to find himself a new identity – upon learning that his partner is pregnant. For his performance as the middle-aged man, Julio Chávez (above) won the Silver Bear for best actor. Critics generally gave Rotter’s leisurely paced drama a cool reception.

The anti-war drama Beaufort, which depicts the withdrawal of an Israeli army unit from southern Lebanon, brought director Joseph Cedar a Silver Bear. At the Saturday gala ceremony, Cedar expressed his hope that “our leaders will be fearful of war and have the courage to end them.”

The Silver Bear for best actress went to Nina Hoss (above) for her role as a woman who must deal with the ghosts from her past in Christian Petzold’s German drama Yella. Hoss beat favorites Yu Nan and Marianne Faithfull, who plays a grandmother-turned-sex worker in the well-received Irina Palm – which was also one of the two or three favorites to win the Golden Bear.

“I didn’t expect this at all because of the huge competition,” Hoss told reporters. “I feel even more honored … to get this gift against Cate Blanchett [for The Good German] and Marianne Faithfull … and all those great actresses I really admire.”

Hoss’ win was the third in a row for German actresses at the Berlin festival. Last year, Sandra Hüller received the Silver Bear for her performance as a woman who believes herself possessed by the devil in Requiem, and the year before Julia Jentsch won the award for her star-making turn as German underground leader Sophie Scholl in Sophie Scholl: The Final Days.

A special Silver Bear was given to the cast of Robert De Niro’s Cold War drama The Good Shepherd, which was coolly received in the United States. The film stars Matt Damon as a CIA spy; also in the cast are Angelina Jolie, William Hurt, Alec Baldwin, Timothy Hutton, Martina Gedeck, Tammy Blanchard, and De Niro himself. Upon accepting the award, Martina Gedeck (one of the stars of the popular The Lives of Others) dedicated the trophy to director De Niro.

The Alfred Bauer award, named after the festival’s founder and given to “innovative” films, went to Park Chan-Wook’s Korean romantic comedy I’m a Cyborg, But That’s Ok.

“I would like to share this award with my wife,” Park declared. “She is very unhappy with my career as a director. I am not home for weeks, busy all the time and even when I am home my head is full of other thoughts. I hope she will now forgive me. When I get home, I hope she will tell our friends, ‘My husband is a director but that’s OK.'”

Approximately 400 films were screened and more than 200,000 tickets were sold during the ten-day Berlin festival. Twenty-two of those films were competing for the Golden Bear.

Silver Bear – The Jury Grand Prix: El Otro / The Other by Ariel Rotter

Special Mention: Drengen i kufferten / Having a Brother by Esben Toft Jacobsen

Prizes of the Ecumenical Jury

Panorama: The Bubble by Eytan Fox

Manfred Salzgeber Prize: (to a film “that broadens the boundaries of cinema today”) The Tracey Fragments by Bruce McDonald

Best Documentary Film: A Walk into the Sea: Danny Williams and the Warhol Factory by Esther B. Robinson

Spcial Teddy: Helmut Berger, for his body of work

Teddy Audience Award: Notes on a Scandal by Richard Eyre

NETPAC (Network for the Promotion of Asian Cinema) Prize (ex aequo): Tuli by Auraeus Solito and Ichijiku no kao / Faces of a Fig Tree by Momoi Kaori

The Berliner Morgenpost Readers’ Jury Award: (for a film in the Competition section) Irina Palm by Sam Garbarski

The Siegessäule Readers’ Jury Award: (for a film with gay content) The Bubble by Eytan Fox

The Tagesspiegel Readers’ Jury: (for a film in the Forum) Heimatklänge by Stefan Schwietert

Prizes of the Berlinale Talent Campus