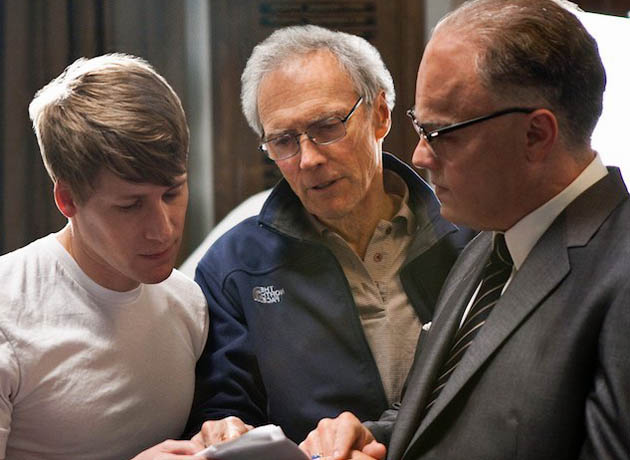 After a couple of Best Director Academy Awards, Clint Eastwood has apparently decided his next goal in life is to be named one of Barbara Walters’ “most fascinating” personalities of the year. Hence, as per various online reports, Eastwood may make cameo appearances on a reality TV show starring his wife, Dina Eastwood, and two of his daughters, Francesca and Morgan.

It gets better: the Eastwood show, intended to air on the E! network, is being engendered by the makers of that “most fascinating” circus, Keeping Up with the Kardashians.

The Eastwood family reality show may turn out to be a TV ratings bonanza, but on the big screen the filmmaker hasn’t been all that lucky in the last three years.

In addition to bringing in disappointing returns at the domestic box office, the rugby/political drama Invictus (2009), starring Matt Damon and Morgan Freeman, and the supernatural/psychological drama Hereafter (2010), featuring Damon and Bryce Dallas Howard as part of an ensemble cast, were both bypassed in the Academy Awards’ Best Director and Best Picture categories. (Damon and Freeman were shortlisted for Invictus; Hereafter got one nod for Best Visual Effects.)

Although a Best Picture nod remains possible – the category can include up to ten films – that is not likely to happen.

Ironically, prior to the release of J. Edgar Clint Eastwood received quite a bit of criticism from his fellow “conservatives” – those, that is, who revere the unscrupulous lord of the FBI, who ruled over his fiefdom from 1924 (up to 1935 known as the Bureau of Investigation) to his death of a heart attack in 1972.

But despite the gay-curious J. Edgar and the filmmaker’s public declarations of what some have mistakenly understood as support for gay marriage, Eastwood’s reactionary credentials remain intact.

Those who have chosen to interpret Eastwood’s anti-“sanctity of marriage” rant as support for same-sex marriage are apparently unaware that in the real world there is a major difference between supporting the rights of gays to get married and not giving a fuck either way.

In fact, just recently Clint Eastwood openly declared his enthusiasm for a trio of hardcore Republicans:

All three of them have come out (no pun intended) strongly against gay marriage.

Clint Eastwood and Sondra Locke in The Gauntlet. Prior to their ugly split in the late 1980s, Clint Eastwood and Best Supporting Actress Oscar nominee Sondra Locke (The Heart Is a Lonely Hunter, 1968) were seen together in six movies from 1976 to 1983. Although these were male-centered, action star vehicles for Eastwood, Sudden Impact (1983) did provide Locke with a potentially meaty role – unfortunately in what amounted to a low-grade, simple-minded revenge thriller.

In-between his two marriages (and a number of reported extramarital affairs), from the mid-1970s to the late 1980s Clint Eastwood was in a 14-year relationship with actress Sondra Locke – married since 1967 to a reportedly gay buddy, sculptor Gordon Leigh Anderson.

Eastwood himself directed The Outlaw Josey Wales, Sudden Impact, and two other collaborations, The Gauntlet (1977) and Bronco Billy (1980).

The other two Clint Eastwood-Sondra Locke movies, Every Which Way But Loose (1978) and Any Which Way You Can (1980), were directed by, respectively, James Fargo and Buddy Van Horn.

The off-screen Eastwood-Locke relationship ended in a nasty, tabloid-friendly uproar after it was revealed that Eastwood had secretly fathered two children with another woman in the late 1980s.

More ugly battles ensued in the mid-1990s, when Locke accused Eastwood of using his power at his longtime studio Warner Bros. to sabotage her movie projects.

The case was ultimately settled out of court for an undisclosed sum, with Locke telling the media that the outcome had sent a “loud and clear” message to Hollywood “that people cannot get away with whatever they want to, just because they’re powerful.”

Throughout the trial, she had referred to Clint Eastwood as “The Unfightable One.”

Locke wrote about her experiences in the 1997 tell-all autobiography The Good, the Bad, and the Very Ugly – A Hollywood Journey. 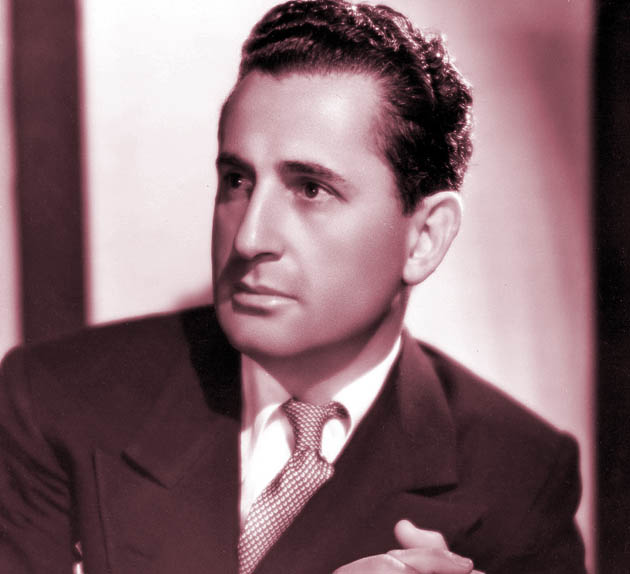 Arthur Lubin. Initially a minor actor during the silent era (Bardelys the Magnificent, Afraid to Love), Arthur Lubin (1898–1995) made his directorial debut in 1934, handling the low-budget comedy A Successful Failure for the Poverty Row studio Monogram. Another 60-odd features would follow. From 1936 on, Lubin worked at Universal Pictures, where he was to remain a reliable and versatile – and modest – talent well into the 1950s.

[1] Also worth noting is that Clint Eastwood got his first big break in Hollywood thanks to gay filmmaker Arthur Lubin, who put the former gas station attendant – “so tall and slim and very handsome looking” – under personal contract.

Lubin, then in his mid-50s and in the business (initially as an actor) since the mid-1920s, directed the young newcomer in the following big-screen releases:

Among Arthur Lubin’s notable Universal movies were the following:

Arthur Lubin’s best-known effort, however, is not one of his features. That honor belongs to the Lubin-directed and -produced television series Mister Ed (1961–1966), clearly inspired by Universal’s Francis the Talking Mule movies of the 1950s (themselves based/inspired on David Stern’s novel) – e.g., Francis, Francis Covers the Big Town, Francis Joins the WACS – which Lubin himself had directed with Donald O’Connor as the nominal lead.

Alan Young and the titular talking horse were Mister Ed‘s stars; Clint Eastwood made a guest appearance as himself in a 1962 episode.

Clint Eastwood quotes re: trio of Republicans via the Los Angeles Times and Politico.

Hi. I am Lo Pao. I am currently writing a movie and would like to contact Clint Eastwood. I would like for Clint Eastwood to take a look at my movie story to see if he is interest. Does anybody have his email or his contact number? I would appreciated if you can email to let me know. Thanks!

Eastwood has had a very messy personal life. I enjoy most of his movies though.