Besides Harry Potter (more on the bespectacled wizard further below), movies set in the world of music and/or radio are among the April 2016 highlights at the Library of Congress’ Packard Campus Theater in Culpeper, Virginia.

In the Harry Potter flicks you’ll find dragons, demons, and a noseless Ralph Fiennes, but since neither the bespectacled Harry Potter (Daniel Radcliffe) nor his archenemy Lord Voldemort (that’s Fiennes) parade around in teeny bikinis, it’s all family friendly fare. And that’s why the Harry Potter movie franchise, also starring Emma Watson and Rupert Grint, has grossed (not adjusted for inflation) $7.72 billion worldwide.

Besides the three leads and Fiennes, the cast of the Harry Potter movies is a Who’s Who of British (and at times Irish) cinema and stage, including the following: 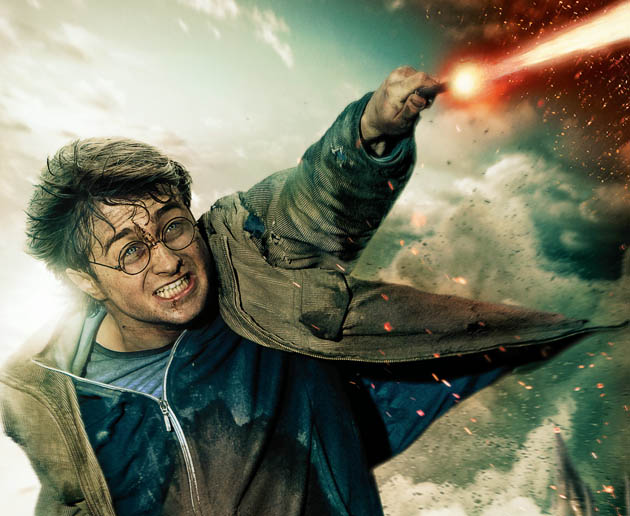 Packard’s four in April 2016 Harry Potter movies, all directed by David Yates, are:

See also: “Order of Harry Potter Movies: From Most to Least Popular.”

And finally, Packard Theatergoers will be able to check out two programs presented by the Metropolitan Washington Old Time Radio Club: these are broadcast recreations of two 15-minute soap operas from 1936 (Little Orphan Annie) and 1940 (John’s Other Wife), in addition to an episode of the private-eye series Pat Novak for Hire.

Ben Model will provide the musical accompaniment on the theater organ.

In the second week of April, there will be no screenings as the Packard Campus will be hosting the 10th Annual Orphan Film Symposium, described as “an international gathering of archivists, scholars, curators, preservationists, technical experts, artists, and media-makers devoted to screening and discussing orphan films.”

The final event at the symposium, “Celebrating Sounds from Everywhere: A Medley,” is described as “a variety of rare short film and video works”; it’ll take place on Sat., April 9, at 8 p.m. at the State Theatre in Culpeper. The presentation, like all other Packard Campus programs, is free and open to the public.

As usual, short subjects will be presented before select programs. And titles are subject to change without notice.

For more details (and more upcoming movies), check out the Packard Theater website.