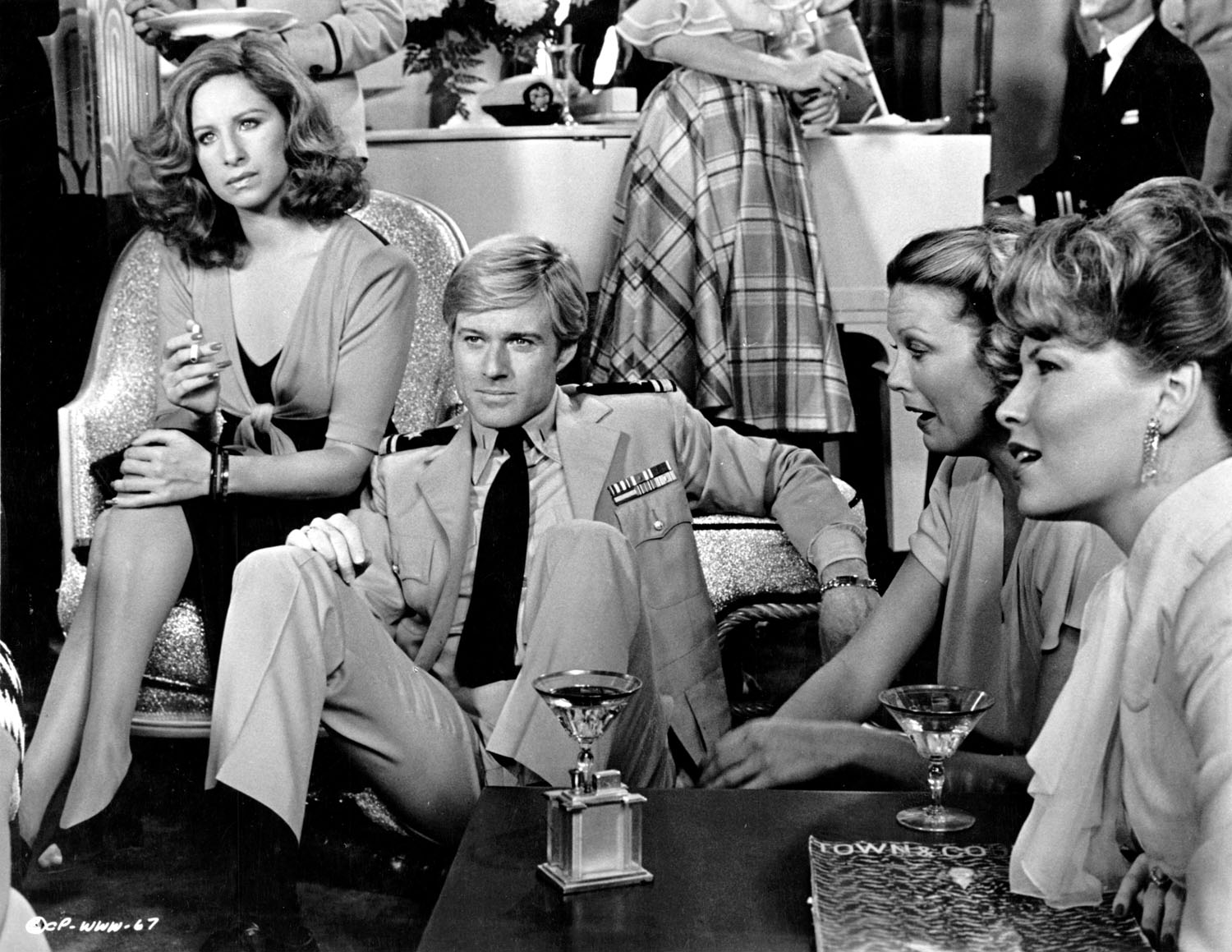 Ninotchka with Greta Garbo and Melvyn Douglas (top). The Way We Were with Barbra Streisand and Robert Redford (bottom).

From the Romanovs’ last stand to Warren Beatty’s first solo directorial effort: On every Wednesday in January 2010, Turner Classic Movies will present the 20-film festival “Shadows of Russia,” a showcase of Hollywood movies portraying Russia (and/or the Soviet Union) and the sociopolitical reverberations of Communism throughout the 20th century.

Among the scheduled films are classics such as Ninotchka, The Manchurian Candidate, and Reds, in addition to lesser-known fare like Counter-Attack, I Was a Communist for the FBI, and The Strawberry Statement. Get ready for some laughs and a few tears – mostly laughs. And mostly of the unintended kind.

I must red-facedly (no pun intended) admit that I’ve never seen Mission to Moscow, the 1942 pro-Soviet melodrama that got Warner Bros. in trouble when – within a matter of a few years – Russia, the anti-Nazi Savior, became Russia, the Satanic Empire. Something tells me that Mission to Moscow will either be very funny or very dull. It all depends on how star Walter Huston (as a US ambassador), director Michael Curtiz, and screenwriter Howard Koch handle the melodrama’s Praise Ally intentions. But hey, whether good or bad, Mission to Moscow is a must-see, and not only for historical reasons. After all, this $2 million production co-stars the unjustly forgotten Ann Harding, one of the most striking performers of the ’30s and ’40s. As a plus, the gorgeous and talented Eleanor Parker has a supporting role in it.

Now, I have seen about half of the “Shadows of Russia” films. The ones I’d most recommend are:

Two other TCM premieres in the “Shadows of Russia” series are The North Star (1943), another pro-Soviet World War II drama that got its makers in trouble (this one was directed by Lewis Milestone and written by Lillian Hellman), and I Was a Communist for the FBI (1951), a spy thriller directed by the reliable Gordon Douglas and written by former silent film actor Crane Wilbur. Frank Lovejoy stars.

Curiously missing from the “Shadows of Russia” series: Nicholas and Alexandra, Franklin J. Schaffner’s sumptuous (but dull) 1971 historical melodrama depicting the last days of the Russian Imperial Family, and David Helpern’s 1976 Oscar-nominated documentary Hollywood on Trial – not to mention The Front, released that same year – both of which deal with the post-war anti-Red hysteria in Washington/Hollywood.

According to the TCM press release, “Shadows of Russia” was conceived by New York Post critic Lou Lumenick and film blogger Farran Smith Nehme, who brought the idea to TCM after writing about the February 2009 showing of Mission to Moscow.

And finally, each “Shadows of Russia” evening will focus on two themes: Twilight of the Tsars and Red Romance on Jan. 6; The Lighter Side of the Revolution and The Left on Campus on Jan. 13; Our Red Army Pals and Diplomatic Immunity on Jan. 20; Spies Among Us and The Height of the Cold War on Jan. 27.

Below is the complete “Shadows of Russia” schedule:

Part One: Twilight of the Tsars

Part Three: The Lighter Side of the Revolution

Part Four: The Left on Campus

Midnight The Way We Were (1973) – starring Barbra Streisand and Robert Redford.

Part Seven: Spies Among Us

Part Eight: The Height of the Cold War