In the film, Haggis and co-screenwriter Robert Moresco tell us – or rather, scream at us – that the Angeleno boiling (definitely not melting) pot is about to explode at any moment, as Los Angeles denizens spend all their spare time hating, fearing, misunderstanding, and cheating on one another. And perhaps much of that is true, except that most of that hate, fear, misunderstanding, and cheating have absolutely nothing to do with ethnic or national differences.

But not in this particular L.A., situated in some warped La La Landish universe where everything revolves around skin color and nationality.

Crash, the second back-to-back Best Picture Oscar winner written/co-written by Haggis,[1] consists of a parade of ethno-oriented verbal and physical assaults spread among various subplots tied together by a series of absurd “coincidences.”

At the other extreme, we have (the curiously olive-skinned) Sandra Bullock as the embodiment of white, bourgeois racism and xenophobia. Bullock’s well-to-do character makes use of her bountiful free time by lashing out at just about anyone who doesn’t look or sound like her. It takes a fall down a flight of stairs for her to see the error of her ways. 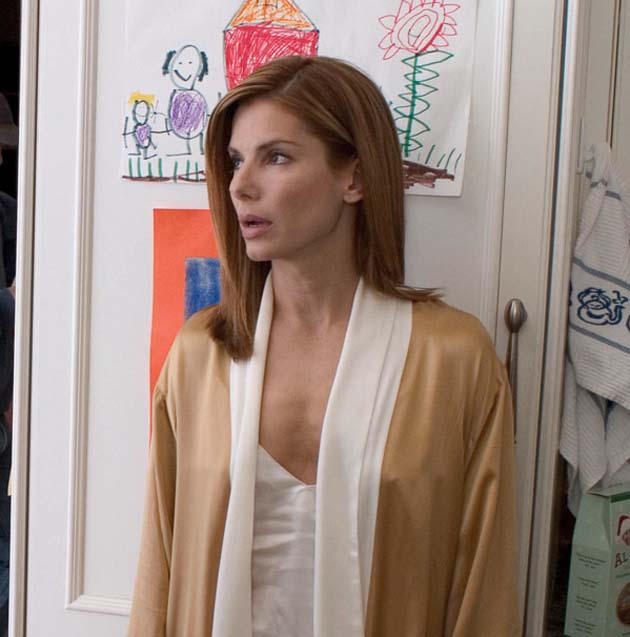 Admittedly, Crash does have its positive side. The film boasts a number of solid performances, particularly those of Matt Dillon and Ryan Phillippe as police officers, Chris ‘Ludacris’ Bridges as a race-obsessed street thug, and Thandie Newton as the high-strung wife of a television director.

Yet none of these elements – or the couple of plot twists that ring true – are enough to lift Crash out of its inherent simple-mindedness.

At the end of the film, instead of frogs falling from the sky à la Magnolia we get some much-needed snow (something incredibly rare in the L.A. area) to cool things down. The melting pot will keep on simmering, but the heavens won’t let it explode into a zillion pieces.

Considering all the psychopaths who inhabit Haggis and Moresco’s Los Angeles, that is just too bad.

Screenplay: Paul Haggis and Robert Moresco (a.k.a. Bobby Moresco).
From a story by Paul Haggis.

I think this is actually one of the best reviews I’ve read of Crash. Why? Because it treats it exactly as it should be treated. Not as some life-altering brilliant work of fiction, nor as one of the worst disgraces to ever appear on screen. It’s a pretty middle of the road kind of movie in which a very talented cast and clearly well-executed technical credits are unfortunately overshadowed by a sad simplemindedness concerning an issue that is perhaps the most complicated and multi-faceted issue in America. To boil things down to essentially “we all judge based on race”, or even more simply “we all have a tendency to be a little racist” misses the mark by a mile. There’s no subtlety in Haggis and Moresco’s screenplay to suggest that perhaps what drives us is not just the exterior. Matt Dillon’s character comes the closest, especially when he finally begins to question his own moral and ethical code. Why didn’t the whole movie treat its characters with this much care? Why are we instead treated to such one-dimensionality? Ludacris gives us perhaps the second most-realized character in the sense that he feels like a real person. Being a black man from a poverty-stricken part of town, it’s not hard to understand why HIS lenses are colored by race. But unfortunately, this is a character that we’ve seen all-too-often in much greater films. It’s all frustrating to say the least.

I will say that I agree that Mark Isham’s score is beautiful. I think at times I overlooked many of the film’s contrivances because the score was so good.

At the end of the day, Crash will always be remembered, not because it made an indelible mark on American cinema, but because in the end it overshadowed another movie that did. But that’s a conversation and debate that has been talked and fought to oblivion. I need not rehash it here.