Crips and Bloods: Made in America + The Garden Screening 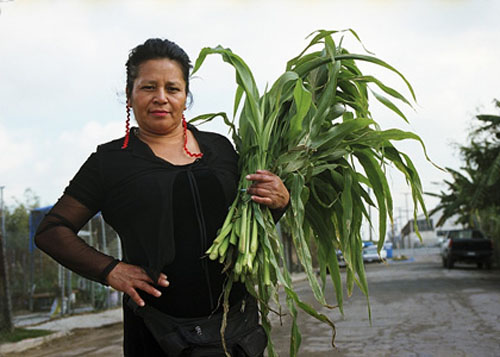 Set in Los Angeles’ impoverished inner city areas, the documentaries The Garden (above, lower photo) and Crips and Bloods: Made in America will be screened as part of the Academy of Motion Picture Arts and Sciences’ 28th annual “Contemporary Documentaries” series on Wednesday, October 7, at 7 p.m. at the Linwood Dunn Theater in Hollywood. Admission is free.

In Scott Hamilton Kennedy’s The Garden, the organization South Central Farmers fight a wealthy developer in order to preserve the community garden they created after the 1992 Los Angeles riots. The Garden earned an Academy Award nomination for Documentary Feature. Kennedy will be present to take questions from the audience following the screening.

The 28th annual “Contemporary Documentaries” series is a showcase for feature-length and short documentaries drawn from the 2008 Academy Award nominations, including the winners, as well as other important and innovative films considered by the Academy that year.

All films will screen at the Linwood Dunn Theater at the Academy’s Pickford Center for Motion Picture Study on Wednesdays at 7 p.m., except for the IMAX presentations on December 9. The filmmakers will be present at screenings whenever possible. Doors open at 6 p.m. All seating is unreserved.

The Linwood Dunn Theater is located at 1313 Vine Street in Hollywood. Free parking is available through the entrance on Homewood Avenue (one block north of Fountain Avenue). For more information, call (310) 247-3600 or visit www.oscars.org.