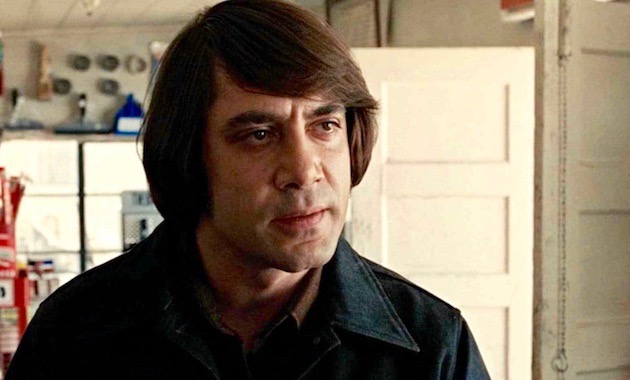 Does ‘critical thinking’ influence the Oscars?

Does “critical thinking” influence the choices made by the voting members of the Academy of Motion Picture Arts and Sciences?

Each year in the last five years, one or two movies have easily dominated the North American (U.S. and Canada) film critics’ Best Picture category*:

Of these (not including No Country for Old Men), only United 93 failed to be shortlisted for the Best Picture Oscar. The Lord of the Rings: The Return of the King, Million Dollar Baby, and The Departed were their respective years’ Oscar winner.

Before we proceed, it should be noted that although movie critics (and movie bloggers) enjoy dismissing the members of the Hollywood Foreign Press Association as starstruck whores, the same could be said of nearly every North American critics circle, society, and association.

In all fairness, the Los Angeles, New York City, and Boston film critics can’t be blamed if their picks are similar to everybody else’s, for they’re usually the first voting bodies to announce their selections. And whether intentionally or not, the San Diego Film Critics Society and the National Society of Film Critics are generally quite good at avoiding the groupthink tendencies that plague other critics’ groups. But these two are exceptions.

This year, awards season “critical thinking” hasn’t been much different.

The surprising odd star out is Amy Adams. Although Kevin Lima’s Enchanted was a major late-year hit and Adams’ performance was quite well received, the 2005 Best Supporting Actress Oscar nominee (Junebug) has been all but ignored this awards season.

Less surprising is the total – or near total – absence of Gordon Pinsent for Away from Her, Mirjana Karanovic for Grbavica: The Land of My Dreams, Sam Riley for Control, Tang Wei for Lust Caution, Sabine Azéma for Private Fears in Public Places, Anamaria Marinca (the Los Angeles Film Critics’ Best Actress runner-up) for 4 Months 3 Weeks and 2 Days, and Ulrich Mühe for The Lives of Others (a 2006 release that opened in 2007 in some parts of the United States).

Apart from Mühe, who died earlier this year, these (non-Hollywood) actors should all call Marion Cotillard to get her publicist’s contact info. Come to think of it, Amy Adams might consider doing the same. 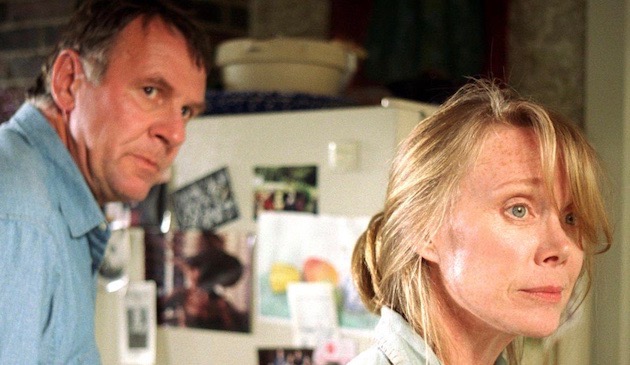 Critics’ influence on the Oscars

Once again, does “critical thinking” influence the members of the Academy of Motion Picture Arts and Sciences?

A quick glance at studio Oscar ads – prominently displaying critics’ award winners, “Best of” lists, and good notices – clearly shows that North American film critics do, to some extent or other, have an undeniable influence on the Academy Awards.

Realistically, without critical raves and year-end awards, would In the Bedroom, Lost in Translation, Sideways, Capote, Brokeback Mountain, and Letters from Iwo Jima have landed a Best Picture Oscar nomination?

After all, during awards season Academy members receive countless screeners. They have time to watch only a handful of movies before their ballots are due. Thus, critics’ awards and Best of the Year picks help Oscar voters decide which lucky titles will get seen before they mail in their choices.

This year, if Away from Her star Julie Christie and Gone Baby Gone supporting player Amy Ryan – perhaps even No Country for Old Men – had been ignored by North American critics’ groups, they would most likely be ignored by the Academy as well. As it stands, they’re (co-)front-runners in their respective categories.

Case in point: no matter how well liked upon its release, John Carney’s Irish romantic musical Once has little chance of landing a Best Picture or Best Director Oscar nod, while Christie’s Away from Her co-star, Gordon Pinsent, no matter how effective his performance, has just about a 0 percent chance of being shortlisted for Best Actor.

When it comes to the Academy Awards, the Los Angeles Film Critics Association (LAFCA) and the New York Film Critics Circle (NYFCC) are the most influential groups, as many of their voters represent some of the top publications in the United States.

Even though Steven Spielberg’s 1993 holocaust drama Schindler’s List was the last movie to be named Best Picture by both the LAFCA and the Academy, from 1993 to 2006 only three LAFCA winners failed to be shortlisted for the Best Picture Oscar: Mike Figgis’ Leaving Las Vegas (1995; shortlisted for Best Director), Alexander Payne’s About Schmidt (2002), and Shari Springer Berman and Robert Pulcini’s American Splendor (2003).

In the LAFCA’s Best Actor and Best Actress categories during that same period, co-winner Ally Sheedy (High Art, 1998; tied with Fernanda Montenegro for Central Station), Michael Douglas (Wonder Boys, 2000), Liam Neeson (Kinsey, 2004), Vera Farmiga (Down to the Bone, 2005), and co-winner Sacha Baron Cohen (Borat, 2006; tied with Forest Whitaker for The Last King of Scotland) were the only five leads who failed to receive either an Academy Award nomination or the statuette itself.

As for the NYFCC, the odds of an Oscar match are similar to those of the LAFCA.

There have been two matching Best Picture winners since 1993: Schindler’s List and The Lord of the Rings: The Return of the King.

Also from 1993–2006, only six NYFCC winners in the Best Actor and Best Actress categories failed to get an Oscar nod or take home an Oscar statuette: David Thewlis (Naked, 1993), Linda Fiorentino (The Last Seduction, 1994; the film was deemed ineligible for the Oscars because it had been shown on U.S. cable television prior to its big-screen debut), Jennifer Jason Leigh (Georgia, 1995), Cameron Diaz (There’s Something About Mary, 1998), Hope Davis (American Splendor & The Secret Lives of Dentists, 2003), and Paul Giamatti (Sideways, 2004).

Much less influential at the Academy Awards is the Village Voice / LA Weekly critics poll. Yet, perhaps because of a lack of either Oscar politics or internal politics, these polls generally offer a less standardized, less mainstream, less Hollywood list of favorites. That’s why they’re worth checking out. See below. (Full list here.)

Curiously, the top Best Film title is Paul Thomas Anderson’s There Will Be Blood – not critics groups’ favorite No Country for Old Men.

Unlike the Best Actor list (see below), the Best Actress roster is more evenly divided, with ten or more votes going to each of the Top 15 performers.

Daniel Day-Lewis is the favorite by a wide margin. Once you go past the Top Five, listed actors received only scattered votes — including one for Michael Moore in Sicko.

All Top Ten Best Supporting Actresses were listed for English-speaking roles. Cate Blanchett is the Village Voice/LA Weekly poll’s favorite; yet she has been losing out to Amy Ryan in the many U.S. critics groups’ awards.

Actors turned directors Sarah Polley and Ben Affleck did quite well in this category.

No End in Sight, Charles Ferguson’s documentary about the U.S.-made Iraq War disaster, has already won several awards from critics’ groups and is a likely Oscar contender.

Secret Sunshine also topped the indieWIRE critics’ poll as the no. 1 Best Undistributed Film in the United States.

Next in line is Jason Reitman’s popular and generally well-received Juno, which goes to show that one person’s fun-fun-fun movie is another’s monumental bore – or worse.