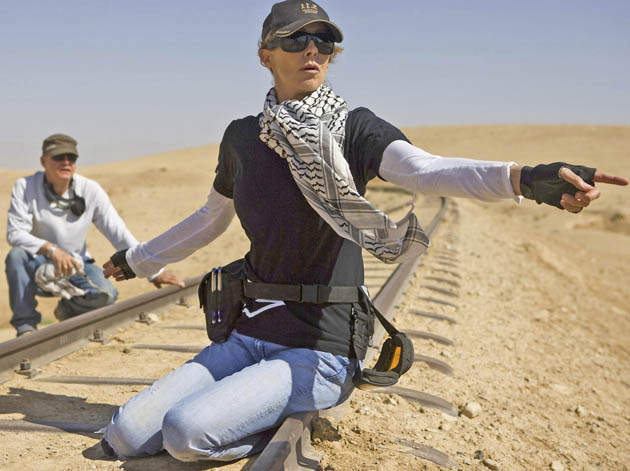 How are each awards season’s favorite films selected?

Well, quality is in the brain of the movie watcher. But some solid, well-targeted buzz definitely plays a key role in the proceedings.

For instance, although The Hurt Locker was eligible for last year’s Spirit Awards, neither the Iraq War drama nor director Kathryn Bigelow was nominated.

But if you look at U.S. critics’ and other groups’ favorite films this awards season – with The Hurt Locker at the very top – it becomes crystal clear what a difference a year and lots of good buzz can make.

That’s why Kathryn Bigelow is now considered the front-runner for the Best Director Oscar even if Up in the Air or Inglourious Basterds or Avatar (directed by Bigelow’s former husband, James Cameron) ends up winning Best Picture.

As the woman director of a “men’s picture” – i.e., a movie about war, violence, bloody mayhem, and other purportedly macho fare – Bigelow has acquitted herself remarkably well. She has topped the lists of more than a dozen U.S.-based critics’ groups and she’s up for both a Critics’ Choice Award and a Golden Globe.

Moreover, The Hurt Locker has been nominated for the Best Cast SAG Award, a recognition that reflects well on the actors’ director.

Bigelow’s two distant runners-up at this stage are Jason Reitman (Up in the Air), with three wins, and Quentin Tarantino (Inglourious Basterds), with two.

The list below – and those covering the other categories – include U.S.-based critics groups’ favorite films in each category, in addition to, when applicable, Gotham, Satellite, and National Board of Review award winners; Golden Globe, SAG Award, Annie Award, and Spirit Award nominations; and a handful of film festival and international awards. 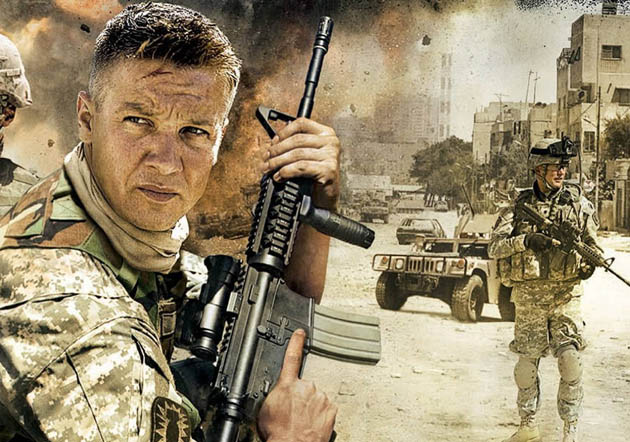 Although not as near-absolute a choice as its director, thus far The Hurt Locker is American film critics’ undeniable no. 1 Best Film pick. The Iraq War drama directed by Kathryn Bigelow and written by Mark Boal has won about a dozen awards from U.S.-based critics’ groups, including those from the country’s three largest metropolitan areas: New York, Los Angeles, and Chicago.

The Hurt Locker surely will be getting a Best Picture Academy Award nomination come next February; yet its chances of actually being handed an Oscar statuette remain iffy in spite of a SAG nomination (and likely win) in the Best Cast category.

Either Jason Reitman’s dramatic comedy Up in the Air, in which George Clooney plays a corporate downsizing expert, or James Cameron’s generally well-received box office phenomenon Avatar, starring Sam Worthington as an Earthling who goes native in the planet of Pandora, could end up taking home the Academy’s top award.

One problem with Avatar is that its spectacle, in order to be truly effective, must be watched on the (very) big screen and in 3D. Academy members watching the movie at regular screenings will not get its full impact, while those watching screeners at home will end up way short on sensorial stimuli.

That may lead to a vote for something like Quentin Tarantino’s World War II revenge fantasy Inglourious Basterds, which has had a surprising resurgence in the last few weeks, or Lee Daniels’ psychological family drama Precious.

Rob Marshall’s Nine and Lone Scherfig’s An Education don’t stand a chance of winning, though they may well get nominated; the same goes for Pete Docter’s Up, which will quite possibly be given the Best Animated Feature Oscar.

‘The Lovely Bones’ missing in action

Missing from the list below is Peter Jackson’s crime/fantasy drama The Lovely Bones, probably the greatest critical disappointment of the season – with Nine, the film version of the Broadway musical based on Federico Fellini’s 8½, a close second.

Critics’ favorite films: Sin Nombre with Edgar Flores and Paulina Gaitan. Cary Fukunaga’s U.S.-Mexican immigration drama Sin Nombre is – somewhat surprisingly – U.S. critics groups’ top Best Foreign Language Film pick this year. Its mostly glowing reviews notwithstanding, part of the reason for Sin Nombre‘s no. 1 spot could be that international favorites such as Summer Hours, The White Ribbon, and A Prophet either were never screened or have yet to be screened outside of the U.S.’ major urban markets. Ironically, this awards season’s top non-English-language production is ineligible for the 2010 Best Foreign Language Film Oscar.

One would have thought this would have been the top non-English-language entry this year, as it has received glowing reviews since its Cannes Film Festival premiere (and Palme d’Or win) back in the spring. But U.S. critics – many of whom, admittedly, have been unable to check it out as yet – have for the most part set their sites elsewhere.

The two most influential local critics groups – the New York Film Critics Circle and the Los Angeles Film Critics Association – have opted for Olivier Assayas’ family drama Summer Hours / L’heure d’été, which pretty much came and went without causing much of a stir a while back despite the presence of Oscar winner Juliette Binoche (Best Supporting Actress for The English Patient, 1996).

How many of the “favorite films” below have a shot at the 2010 Best Foreign Language Film Oscar? Not many.

The only ones in the running – those submitted by their respective countries’ committees (and not disqualified by the Academy because of some technicality or other) are: The White Ribbon, A Prophet, and Giuseppe Tornatore’s Baarìa.

As a partly U.S.-funded production directed and written by an American, Sin Nombre would have been ineligible in that particular category – as was the case with Joshua Marston’s Maria Full of Grace and, although directed by Brazilian national Walter Salles, The Motorcycle Diaries back in 2004. 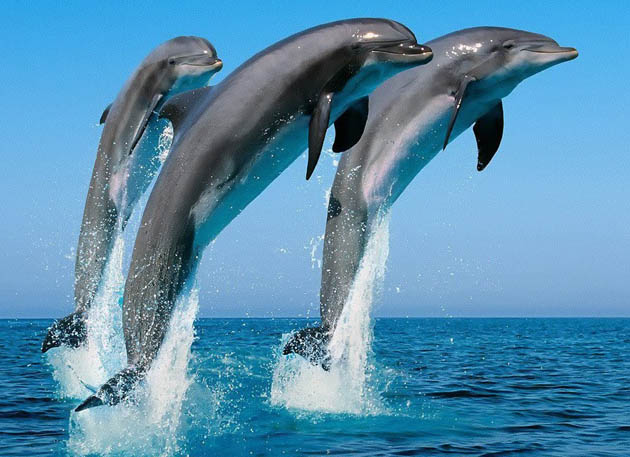 Critics’ favorite films: The Cove. Directed by Louie Psihoyos from a screenplay by Mark Monroe, the no. 1 Best Documentary choice this awards season focuses on dolphin trainer Ric O’Barry and a group of activists who expose the monstrously brutal mass slaughter of dolphins in a cove near the quaint Japanese village of Taiji.

Louie Psihoyos’ The Cove, about the annual monstrous slaughter of dolphins at a picturesque Japanese village, has thus far been the various U.S. critics groups’ favorite documentary.

The runner-up is Sacha Gervasi’s Anvil! The Story of Anvil, which has been referred to as This Is Spinal Tap for real. There have been, however, accusations that Anvil! isn’t technically a “documentary” as its chronology is supposed to have been twisted around for dramatic effect.

Of the seven documentaries listed below, only four have a chance of getting shortlisted for the 2010 Academy Awards: The Cove, Robert Kenner’s Food, Inc., James D. Stern and Adam Del Deo’s Every Little Step, and Agnès Varda’s The Beaches of Agnès. The others either were ineligible to begin with, or failed to be included in the Academy’s list of semifinalists. 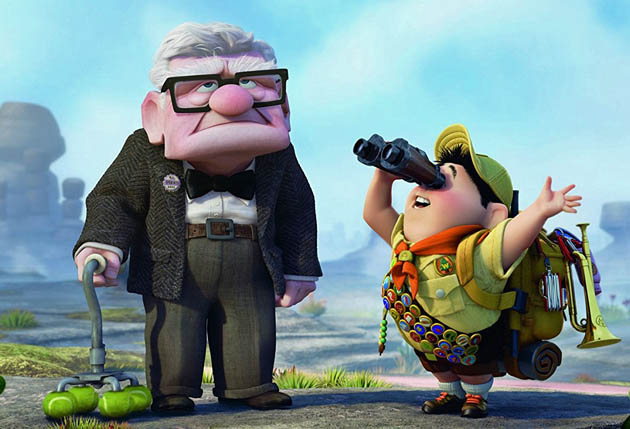 Up with Carl Fredricksen (Edward Asner) and Russell (Jordan Nagai). Among U.S. critics’ favorite films of 2009, Pete Docter’s blockbuster Up, despite some unexpected competition from Wes Anderson’s Fantastic Mr. Fox, is the indisputable no. 1 Best Animated Feature choice – one that could well end up shortlisted in the Academy Awards’ recently expanded Best Picture category. Up was co-directed and co-written by Bob Peterson, who also provides the voice for the dogs Dug and Alpha.

Pete Docter’s Up was expected to have the animation year-end awards field all to itself, but ultimately it has had to face tough competition from Wes Anderson’s Fantastic Mr. Fox, which features the voices of George Clooney, Meryl Streep, and Jason Schwartzman, among others.

To date, Up has won awards from more than a dozen U.S.-based groups, while Fantastic Mr. Fox has won seven. Both are up for a Golden Globe and for a Best Animated Feature Annie Award.

Henry Selick’s Coraline is the only other animated feature to have won an award this season, from the San Francisco Film Critics Circle. It’s also up for a Golden Globe and an Annie Award.

Tomm Moore’s Irish-Belgian-French The Secret of Kells hasn’t received any honors from U.S. groups, but it did get a European Film Award nomination for Best Animated Feature.

All six animated features listed below are potential contenders for the 2010 Academy Award. Both Up and Fantastic Mr. Fox may even land a spot in the Best Picture race.