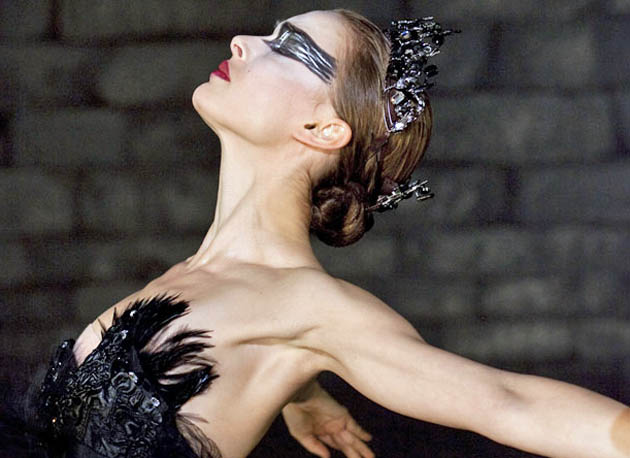 Weaver has topped the Best Supporting Actress category of the Los Angeles Film Critics Association and the National Board of Review, but Melissa Leo (The Fighter) and Hailee Steinfeld (True Grit) have been the two favorites among U.S. critics groups.

As an aside, the Utah Film Critics – correctly – listed Steinfeld as a lead actress in Joel and Ethan Coen’s Western hit. That may have led to the exclusion of The Kids Are All Right co-star Annette Bening from their nominee shortlist. (See the Utah Film Critics Association’s list of winners further below.)

But why the “single” winners label? Well, because this year the Utah Film Critics have come up with lots of ties. The Best Films (plural) were Danny Boyle’s 127 Hours, in which James Franco resorts to desperate measures after getting trapped in a cave, and David Fincher’s The Social Network, about all the animosity behind the creation of Facebook.

The Best Directors (also plural) were Fincher and Christopher Nolan for the sci-fier of sorts Inception, in which Leonardo DiCaprio and his gang keep trespassing into other people’s dreams and dreams within dreams, (nearly) ad infinitum.

Now, apart from the three ties, the Utah critics’ biggest surprise was the selection of Henry Joost and Ariel Schulman’s reality-TV-like Catfish as the year’s Best Documentary – instead of critics’ faves Exit Through the Gift Shop, Waiting for ‘Superman’, and The Tillman Story. (Restrepo wasn’t even among the five contenders.)

After slipping in Austin, where it won only an award for Best Adapted Screenplay (see further below), David Fincher’s The Social Network resumed its U.S. film critics’ sweep by way of Oklahoma.

Four Lions with Riz Ahmed: British-made Islamist terror comedy a surprise winner in, of all places, Oklahoma. After radicalization, a quintet of young British Muslims – including a white convert – decide to become suicide bombers. The London marathon is their target, but will the stupid misfits be able to pull off the attack? The big-screen directorial debut of film and TV multitasker Chris Morris, Four Lions was written by Morris, Sam Bain, and Jesse Armstrong. In April 1995, Oklahoma City was the setting of what was then the deadliest terrorist attack on U.S. soil; the perpetrators were far-right, anti-government, firearm-loving Americans.

On the other hand, many were surely caught off guard when Christopher Morris’ British terrorism satire Four Lions was chosen as the year’s Best First Film. In the cast: Riz Ahmed, Kayvan Novak, Nigel Lindsay, Arsher Ali, and Adeel Akhtar.

And a few were probably just as surprised that Black Swan actress Mila Kunis – not Melissa Leo (The Fighter) or Hailee Steinfeld (True Grit) – was voted the year’s Best Supporting Actress.

The Not-So-Obviously Worst Movie was Tim Burton’s Alice in Wonderland, which is up for a Golden Globe in the Best Comedy or Musical category. Talk about being subtly awful.

And please note that the Oklahoma Film Critics’ criteria regarding bad movies’ obviousness are kinda murky.

Strangely, newcomer Hailee Steinfeld won the Austin Film Critics’ Best Supporting Actress award, but Chloë Grace Moretz was their choice of Breakthrough Artist for Let Me In and Kick-Ass. (Something similar happened at the 2010 Phoenix Film Critics awards.)

American critics’ fave The Social Network won a single award: for Aaron Sorkin’s screenplay based on Ben Mezrich’s book The Accidental Billionaires: The Founding of Facebook, a Tale of Sex, Money, Genius, and Betrayal. David Fincher’s Facebook movie was also the runner-up in the Austin critics’ Best Film category.

Wrapping up, Austin-based Ben Steinbauer’s Winnebago Man won the Austin Film Award. The documentary revolves around the filmmaker’s relationship with the “Angriest Man in the World,” online videographer Jack Rebney.

Special Honorary Award: Friday Night Lights, for producing excellent, locally made television and contributing to the film community in Austin for the past five years.

Moving the Medium Forward (for technical/artistic innovations that advance the medium): Inception. 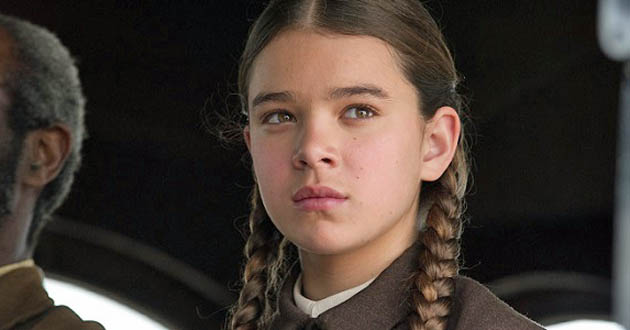 Tom Hooper’s conventional crowd-pleaser The King’s Speech and Mike Leigh’s uncommercial old-age drama Another Year topped the London Film Critics’ Circle 2010 nominations with seven nods apiece. Of course, it helps that British films and performers have their own specific categories, which boosts their chances of earning extra mentions.

All seven nods for Another Year were in the British categories, where competition was considerably less fierce than in the international shortlists.

In fact, even potential Best Actress Oscar contender Lesley Manville failed to be included as an Actress of the Year nominee. Instead, the London critics opted for Swedish actress Noomi Rapace (The Girl with the Dragon Tattoo), and Hollywood imports Annette Bening (The Kids Are All Right), Natalie Portman (Black Swan), Jennifer Lawrence (Winter’s Bone), and, surprisingly, Hailee Steinfeld (True Grit).

Undoubtedly because of her age and “freshness,” this awards season Steinfeld has been usually placed in the Best Supporting Actress category. Besides the London Film Critics, the Utah Film Critics Association (see further above) has been one of the rare critics groups to have her shortlisted as a lead.

In addition to Colin Firth, the London Film Critics’ double nominees were:

In addition to Hailee Steinfeld in the Actress of the Year shortlist, other surprising London Film Critics’ nominees were:

Made in Britain not good enough?

As mentioned above, the London Film Critics’ Circle has the curious habit of placing British productions in their own private categories.

One can then safely assume that the London Film Critics’ category divisions clearly imply that those found only in the “British” shortlists aren’t good enough to be included in the international shortlists. Else, like The King’s Speech, Colin Firth, and Christopher Nolan, they’d be there.

Among the international productions – as usual dominated by American fare – David Fincher’s The Social Network received the most nominations, five in all.

The London Film Critics’ Circle winners will be announced on Feb. 10.

Groupthink Choices & Clint Eastwood Movie Among Worst of the...