The most curious thing about indieWIRE‘s 2008 Critics Poll – with 105 American and Canadian participants – is that thus far only six of these critics’ Top Ten films have gone on to win awards (Best Film, Best Foreign Language Film, Best Animated Feature, Best Director, or Best Screenplay) from U.S.- and Canada-based critics’ groups.

That pretty much covers it.

Now, what about critics’ 2008/2009 awards season favorite, the Fox Searchlight-distributed Slumdog Millionaire? Well, scroll down to the no. 28 spot. Danny Boyle, for his part, is listed in seventh place in the Best Director category.

Of course, discrepancies due to different ways of weighing each vote are understandable; besides, the indieWIRE survey surely includes critics that don’t belong to any of the various groups and associations and societies and circles that hand out awards at the end/beginning of each year.

Yet a chasm that wide between this particular Best Film list and the top choices of the various critics groups’ is mind-boggling.

One possibility for the discrepancy is that when handing out awards, U.S. and Canadian critics feel that if they select little-known, non-Hollywood (or non-U.S.-studio-distributed) films – six and a half of the Top Ten picks on the indieWIRE list are non-U.S. (Paranoid Park is a France/U.S. co-production) – their choices would be deemed irrelevant.

After all, both people in general and the media, mainstream or otherwise, seem to only care about which groups’ choices will most accurately predict Hollywood’s Academy Awards.

Perhaps unsurprisingly, the strong contenders for next year’s Best Picture Oscar are found way down the indieWIRE Critics Poll list. Besides Slumdog Millionaire at no. 28, there are Milk (15), The Wrestler (18), The Dark Knight (22), The Curious Case of Benjamin Button (34), Gran Torino (51), Frost/Nixon (75), Revolutionary Road (94), Doubt (99).

Better matches in the acting categories

Wendy and Lucy star Michelle Williams did win in Toronto and remains a possibility for a Best Actress Oscar nomination, but the inclusion of Asia Argento (Boarding Gate, Mother of Tears, The Last Mistress), Juliette Binoche (Flight of the Red Balloon), and the recently deceased Guillaume Depardieu (The Duchess of Langeais) was, admittedly, a bit surprising.

And finally, the indieWIRE lists include the Critics Poll’s top picks in these other categories: 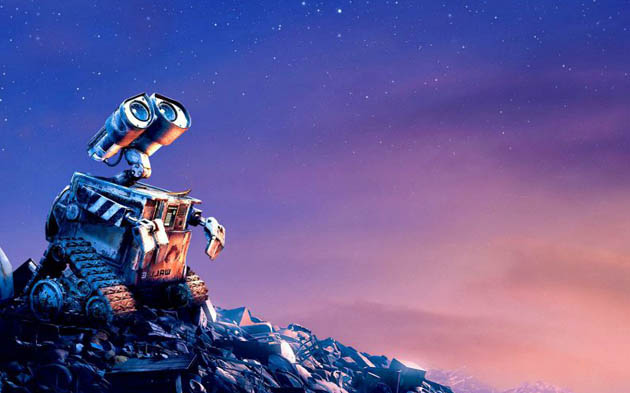 WALL-E. A Disney/Pixar release directed and written by Andrew Stanton, LA Weekly / Village Voice Critics Poll winner WALL-E has been not only a worldwide blockbuster but also an indisputable critical favorite. So much so that earlier this month it became the first animated film to take home the Los Angeles Film Critics Association’s Best Picture award. Needless to say, WALL-E is the odds-on favorite for the 2009 Best Animated Feature Oscar; it’s also a shoo-in Best Original Screenplay contender and it’s a possibility in the Best Picture category as well.

Well, perhaps they still make ’em like they used to. At least some of the time.

A total of 80 ballots were cast. The list below has much more in common with the indieWIRE Critics Poll – no less than eight titles in common among their respective Top Ten picks – than with the various lists of critics groups’ award winners.