Since the likes of Judi Dench, Scarlett Johansson, James McAvoy, and Tom Hardy are in the running for the 2013 British Independent Film Awards, expect at least a little overlapping between the determinedly indie-oriented BIFAs and other awards season nominees and/or winners elsewhere.

Judi Dench and Scarlett Johansson are competing in the Best Actress category; Dench for Stephen Frears’ Philomena, Johansson for Jonathan Glazer’s Under the Skin. Tom Hardy and James McAvoy are in the running for the Best Actor British Independent Film Award; Hardy for Steven Knight’s Locke, McAvoy for Jon S. Baird’s Filth.

Of this year’s top BIFA 2013 nominees, only Filth failed to receive a Best Independent British Film nod; Philomena was shortlisted in its place. Director Stephen Frears, however, was bypassed along with Le Week-End‘s Roger Michell; in their place the BIFA jury selected Filth‘s Jon S. Baird and Under the Skin‘s Jonathan Glazer.

The 2013 British Independent Film Award winners will be announced on Sunday, December 8, at the Old Billingsgate Market in London. James Nesbitt will return for his eighth year as the BIFA ceremony host.

BEST DOCUMENTARY
Pussy Riot – A Punk Prayer
The Great Hip Hop Hoax
The Moo Man
The Spirit of ’45
The Stone Roses: Made of Stone

Among this year’s British Independent Film Award nominees, only one has a truly good chance of being shortlisted for both the BAFTAs and the Academy Awards. That’s Best Actress BIFA nominee Judi Dench for Stephen Frears’ “based on a true story” drama Philomena, in which Dench plays a woman whose son was taken away from her after she was sent to a convent. For the record, Dench has four previous Best Actress Oscar nominations (Mrs. Brown, Iris, Mrs Henderson Presents, Notes on a Scandal), in addition to one win and a nomination as Best Supporting Actress (win: Shakespeare in Love; nomination: Chocolat).

Needless to say, the British Independent Film Awards have little influence on North America’s awards-season favorites. There are a number of reasons for that – e.g., little-known nominated movies, performers, and directors that are ignored by starry-eyed critic’s groups, foreign press associations, guilds, and academies; lack of or minimal U.S. distribution; lack of or minimal awards-season marketing; and/or belated U.S. releases. That last item refers to movies such as Jonathan Glazer’s Under the Skin, starring British Independent Film Award nominee Scarlett Johansson, and which opens in the United States only in 2014. In fact, each year a number of BIFA nominees – with luck – find distribution in the UK only the year after the nominations.

Apart from shoo-in Judi Dench, one reasonably strong possibility is a Best Adapted Screenplay nod for Philomena‘s Steve Coogan and Jeff Pope, who transferred Martin Sixsmith’s book The Lost Child of Philomena Lee to the screen. Additionally, there’s the (more modest) chance of a Best Picture nod for Philomena and of a Best Supporting Actress nod for Kristin Scott Thomas for her performance in Ralph Fienne’s period drama The Invisible Woman. That’s about it.

Best Actor BIFA nominee Steve Coogan has a lesser chance of being shortlisted for Philomena in the United States, but will probably land a BAFTA nod – much like Philomena should be shortlisted in the BAFTAs Best British Film category. In the U.S., chances are Coogan will go the way of James McAvoy in The Last King of Scotland and Gordon Pinsent in Away from Her; both McAvoy and Pinsent were duly ignored in North America, whereas their better-known co-stars Forest Whitaker and Julie Christie, respectively, were shortlisted by just about every single North American awards-giving group.

But then again, one can’t completely write off (actor) Steve Coogan. Not when he and his Philomena movie have The Weinstein Company’s fearless and relentless awards-season – read: Academy Awards – army backing them up. I mean, how many Oscar pundits were expecting David O. Russell’s The Weinstein Company-distributed Silver Linings Playbook – starring Jennifer Lawrence, Bradley Cooper, Robert De Niro, and Jacki Weaver – to be shortlisted in all four of the Academy Awards’ acting categories?

Since the British Independent Film Awards’ inception in 1998, the following nominees and winners in the acting categories have gone on to receive Academy Award nominations:

Set in Kentucky (kidding), Nebraska accompanies an elderly man (Dern) and his son (Will Forte) as they travel from Billings, Montana, to Lincoln, Nebraska, so he can collect sweepstakes prize money he believes he has won. In sum, Nebraska is what’s called a Road Movie, in which the Road is a metaphor for Life.

Shades of brothers Dustin Hoffman and Tom Cruise getting to know one another in Barry Levinson’s Rain Man, or pre-op male-to-female transgender dad/mom Felicity Huffman getting to know his/her gay sex worker son Kevin Zegers in Duncan Tucker’s Transamerica, or old hag Fernanda Montenegro getting to discover her Good Self after traveling throughout the Brazilian Northeast with “son figure” Vinícius de Oliveira in Walter Salles’ Central Station. Or Jack Nicholson on his way to meeting his estranged daughter Hope Davis in Alexander Payne’s own About Schmidt, released 11 years ago. Hoffman, Huffman, Montenegro, and Nicholson were all shortlisted for the Academy Awards; of the four, Hoffman was the only one who eventually took home an Oscar statuette.

For more information on the Nebraska screening and Bruce Dern tribute, check out the AFI FEST 2013 website.

According to the European Film Academy’s press release, Ada Solomon has been in the film business for two decades. She is Head of Distribution at Parada Film and Executive Director of the NexT International Film Festival in Bucharest. Additionally, she teaches at the Romanian capital’s National Film School and, along with Tudor Giurgiu, manages three mini-plex movie theaters in that country.

Since establishing her production company HiFilm, Ada Solomon productions include documentaries by her husband, filmmaker Alexandru Solomon (Kapitalism – Our Improved Formula); shorts directed by Cristian Nemescu (Marilena from P7) and Radu Jude (The Tube with a Hat); and the debut features of Radu Jude (The Happiest Girl in the World), Paul Negoescu (A Month in Thailand), and Melissa de Raaf and Razvan Radulescu (First of All, Felicia).

Solomon has also produced a couple of EURIMAGES-supported efforts: Adrian Sitaru’s Best Intentions, winner of two awards at the 2011 Locarno Film Festival and of two Romanian Gopos Awards (that country’s equivalent to the Oscars); and Radu Jude’s Everybody in Our Family, which won six Gopos Awards and the ‘Heart of Sarajevo’trophy at the 2012 Sarajevo Film Festival.

Solomon is currently working on Radu Jude’s third feature film, Aferim!; and, with husband Alexandru Solomon, on the provocatively titled Tarzan’s Testicles, which has nothing to do with Edgar Rice Burroughs, Johnny Weissmuller, Lex Barker, Christopher Lambert, Casper Van Dien, or Kellan Lutz. Instead, the Solomon’s film is a mix of documentary and science fiction inspired by Abkhazian scientific experiments that attempted to crossbreed humans and monkeys back in the old days of the Soviet Union.

Established by the Council of Europe in 1988, EURIMAGES is “a support fund for the co-production, distribution and exhibition of European cinematographic works.” As per the European Film Academy’s release, in the last 35 years EURIMAGES has offered financial support to 1,542 European co-productions, totaling approximately 468 million euros.

The Prix EURIMAGES will be presented at the 2013 European Film Awards Ceremony in Berlin on Saturday, December 7. 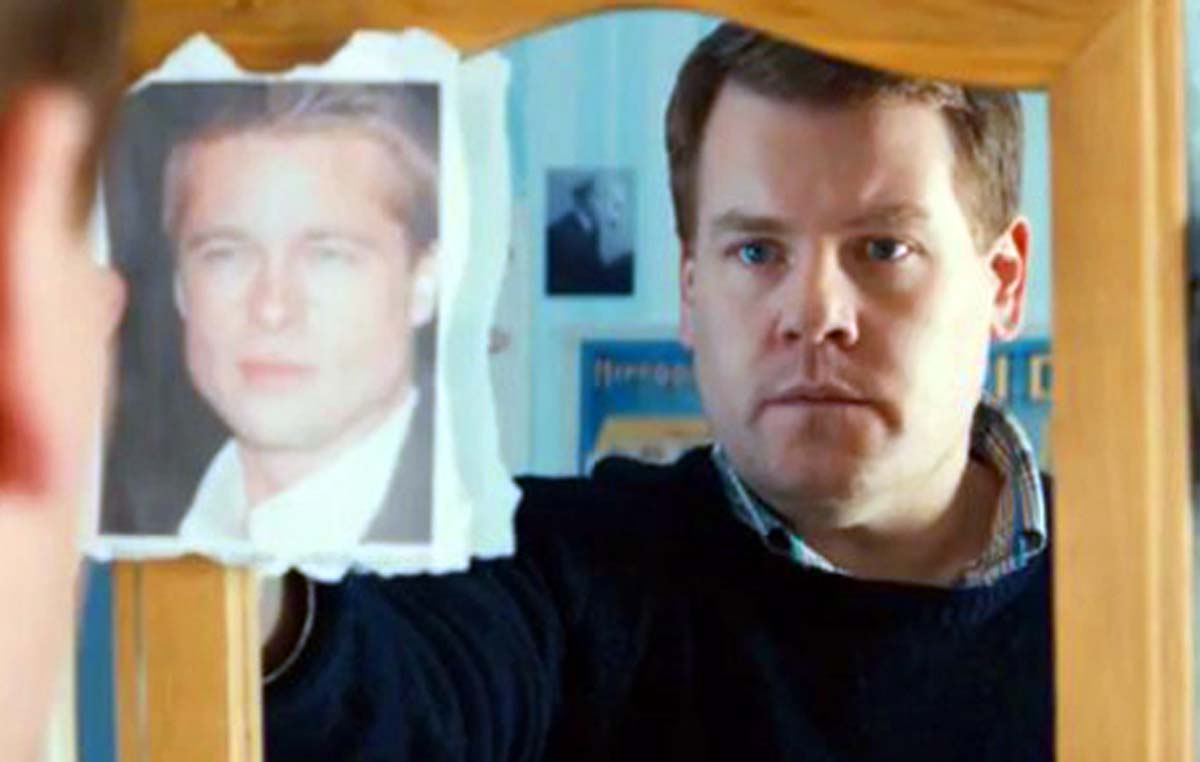 Among the winners at the 2013 Starz Denver Film Festival (SDFF), which ran Nov. 6-17, was David Frankel’s One Chance, the story of Paul Potts, a timid shop assistant and amateur opera singer who eventually topped “Britain’s Got Talent.” James Corden plays Potts, while Julie Walters and Colm Meaney are his parents.

This year’s Starz Denver Film Festival featured screened 126 features and 144 shorts from 44 countries; 34 titles were Colorado productions. As per the festival’s press release, an estimated 50,000 moviegoers attended the screenings.

Winner: What Do We Have In Our Pockets?

Winner: A Touch of Sin, (China) directed by Jia Zhangke

Winner: The Search For Emak Bakia, directed by Oskar Alegria

James Corden as Paul Potts in One Chance photo: The Weinstein Company.

In fact, in the last five years (2012-2008), of the 25 nominees in the Gotham Awards’ Best Feature category, only seven films – or less than one in three – received matching Academy Award nominations despite the fact that since 2009 up to ten films have been eligible for the Best Picture Oscar.

In the Best Documentary (Feature) category, out of the 25 Gotham nominees in the last five years, the seven matches at both the Gotham Awards and the Academy Awards were the following:

In the acting and directing categories, direct comparisons are impossible to make because until this year the Gotham Awards have shortlisted only “Breakthrough” performers and directors, and ensemble casts. Of the 26 Gotham-nominated “Breakthrough” actors in the last five years, only four have been shortlisted for an Academy Award:

Beasts of the Southern Wild‘s Benh Zeitlin is the Gothams’ only Breakthrough Director to have been nominated for a Best Director Oscar.

This year, things are different as the Gotham Awards have introduced Best Actor and Best Actress categories – besides the old Best Breakthrough Actor (male or female). Four of the Gothams’ Best Actor nominees and one of the Best Actress nominees are, at least for now, strong possibilities for the Academy Awards:

In the other categories, nominees with solid Oscar chances at this stage are the following:

The Best Documentary category is impossible to predict at this point, as eligibility for the Academy Awards depends on the films’ release dates, theatrical settings, and published reviews in Los Angeles and New York City. Having said that, Joshua Oppenheimer’s widely acclaimed Gotham nominee The Act of Killing – about Indonesia’s death squads and their offspring, the right-wing paramilitary militia Pemuda Pancasila – has had screenings in both cities; if it fully meets the Academy’s eligibility criteria, The Act of Killing would then be a strong Oscar 2014 contender.

Another possibility would be Jason Osner’s Let the Fire Burn, which chronicles the events leading to the Philadelphia Police Department setting off an explosive in a building housing the radical black liberation group MOVE in 1985; the explosion and the ensuing catastrophic fire resulted in the deaths of eleven people, including six children.

Robert Redford in All Is Lost (Lionsgate and Roadside Attractions)

Shailene Woodley in The Spectacular Now (A24)

Kathryn Hahn in Afternoon Delight (The Film Arcade and Cinedigm)

Michael B. Jordan in Fruitvale Station (The Weinstein Company)

Lucy D
Not sure if that’s what you mean, but Daniel Day-Lewis has never won a competitive British Independent Film Award.

@Tom
You’re absolutely right, of course. The post has been amended.

I had no idea that Rachel Weisz was in The English Patient? You might got that confused with The Constant Gardener.