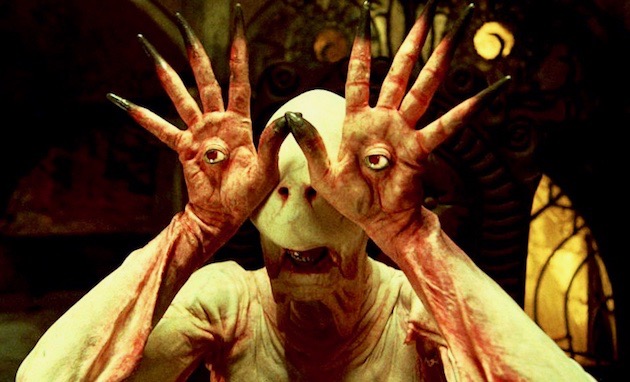 Set in mid-1940s, post-Civil War Spain, del Toro’s “fairy tale for adults” tells the story of a young girl (Ivana Baquero) who finds herself living in two worlds: One of fascist horror above ground, another of dark magic below ground.

Also in the Pan’s Labyrinth cast: Sergi López as the girl’s stepfather and the embodiment of military fascism, Ariadna Gil as the girl’s ailing mother, Doug Jones as both the creepy Faun and the creepier Pale Man, and Maribel Verdú as the housekeeper and on-the-side revolutionary.

None of them made the NSFC’s list of winners or top runners-up. That’s hardly surprising: in the last couple of decades, the group’s acting categories have been almost invariably restricted to English-speaking roles.

Prior to del Toro’s dark fantasy, the last time the NSFC selected a non-English-language Best Film was six years ago, when Edward Yang’s Taiwanese family drama Yi Yi: A One and a Two… came out on top. Before that, one would have to go all the way back to Akira Kurosawa’s 1985 Japanese epic Ran.

Curiously, from its inception in the mid-1960s up to the mid-1970s – perhaps a time when U.S. critics were less concerned with being Academy Award bellwethers than with choosing the year’s top cinematic achievements – most NSFC Best Film winners were non-English-language productions. Only one of those, Costa-Gavras’ 1969 political thriller Z, went on to receive a Best Picture Oscar nomination.

Just as curiously, this year’s two Best Film runners-up were also shot in a language other than English: Cristi Puiu’s Romanian black comedy The Death of Mr. Lazarescu / Moartea domnului Lazarescu and Clint Eastwood’s mostly Japanese-language World War II drama Letters from Iwo Jima. According to The Envelope, the two runners-up were actually the leaders during the initial voting rounds.

And almost as curiously, Pedro Almodóvar’s Volver failed to show up among the top three picks in any of the NSFC categories. The female-centered, Spanish family comedy starring Penélope Cruz, Lola Dueñas, and Carmen Maura was the runaway favorite in the foreign-language field until U.S. critics began opting for Pan’s Labyrinth, Letters from Iwo Jima, and Florian Henckel von Donnersmarck’s German Stasi drama The Lives of Others / Das Leben der Anderen.

Most of the other NSFC winners were the usual suspects:

More surprising choices were found in the supporting categories.

Despite her Best Actress Oscar push, Meryl Streep was chosen Best Supporting Actress for both David Frankel’s The Devil Wears Prada and Robert Altman’s A Prairie Home Companion, while the NSFC’s Best Supporting Actor was Mark Wahlberg for his conventional but – somehow – critically acclaimed performance as a tough cop in the Irish mob thriller The Departed. 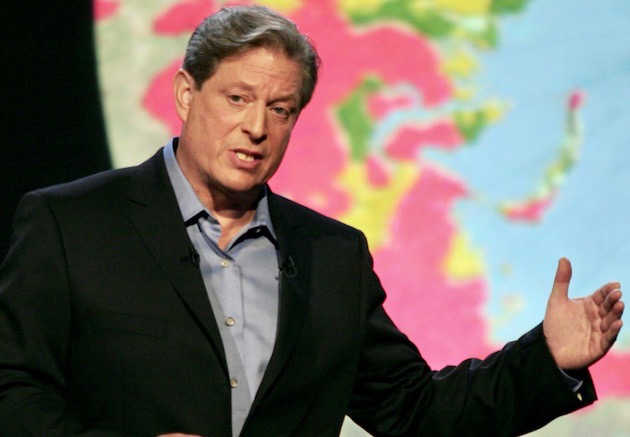 An Inconvenient Truth with Al Gore. Former U.S. Vice President Al Gore stars in Davis Guggenheim’s documentary An Inconvenient Truth, which features Gore hosting slide-show presentations about global warming. It remains to be seen whether these will be a solution to Americans’ willful ignorance regarding global warming and its consequences. As evidence that dark reality is much more frightening than dark fantasy, as per a 2006 Pew Research Center survey, a mere 41 percent of Americans believe – the incontestable fact – that global warming is a direct result of human activities. That same low percentage believes global warming is a “serious problem.”

The Envelope’s Tom O’Neil explains that only 45 of the NSFC’s 58 members participated in this year’s voting. Of these, only 21 were present at Sardi’s Restaurant in New York City, where the voting was conducted.

O’Neil adds that proxy votes of absent members count only on the first ballot. This year, the only categories decided in the first round were Best Actress, Best Screenplay, and Best Cinematography.

Assuming that most – possibly all – of those present at Sardi’s were New York-based critics, the strangest thing about this year’s results is that several New York Film Critics Circle winners failed to come out on top on the NSFC list. For instance (NYFCC vs. NSFC):

Does that mean joint NYFCC & NSFC members changed their minds after a few weeks? (The NYFCC results were announced on Dec. 10.) Or perhaps after a few drinks?

In any case, if there’s no clear winner on the first ballot, seems like New York-based critics have the last say on the NSFC’s top picks.

Lastly, the 2007 NSFC Awards were dedicated to the recently deceased filmmaker Robert Altman, whose credits range from MASH and Nashville to Gosford Park and last year’s A Prairie Home Companion.

In other awards season news, the Directors Guild of America has announced the five nominees in the 2007 DGA Awards‘ feature film category.

The biggest surprise was the absence of the revered Clint Eastwood for either – or both – of his World War II dramas, Flags of Our Fathers or Letters from Iwo Jima. Eastwood was the recipient of last year’s DGA Lifetime Achievement Award.

Also missing from the 2007 DGA list were Paul Greengrass for the real-life-based terror drama United 93 and Guillermo del Toro for the dark fantasy Pan’s Labyrinth.

The five nominees – actually six – are:

The DGA Awards vs. the Oscars

Chances are that at least three of the five DGA nominees will receive matching Oscar nods: Scorsese, Frears, Iñárritu.

Quite possibly, two of the following three directors – Eastwood, Greengrass, and del Toro (perhaps even Pedro Almodóvar, for Volver) – will be replacing Condon and Dayton/Faris. (See the DGA vs. the Academy.)

All of the aforementioned titles – plus The Front Line, directed by David Gleeson – received Best Film nominations, though the English-born Loach failed to be included in the 4-name Best Director category.

Breakfast on Pluto with Cillian Murphy. Based on Patrick McCabe’s novel, Neil Jordan’s comedy-drama Breakfast on Pluto traces the life of a transgender woman, from her days as a biologically male foundling in a small Irish town to her unwitting involvement with members of the Irish Republican Army (IRA) and her difficult life in the British capital in the 1970s. With ten nominations, Breakfast on Pluto is the top contender for the 2007 Irish Academy Awards, while Cillian Murphy is competing against himself in the Best Actor category: as the transgender Patricia in Breakfast on Pluto and as an early 1920s IRA fighter in Ken Loach’s The Wind That Shakes the Barley.

Rising star Cillian Murphy received two Best Actor nods. In addition to his Breakfast on Pluto performance, he was also shortlisted for The Wind That Shakes the Barley.

Another double nominee was Ruth Negga, in contention as Best Actress for Billy O’Brien’s horror drama Isolation and as Best Supporting Actress for Breakfast on Pluto.

Apart from the multi-language Babel, the choices for Best International Film were all English-language productions: the Irish-mob-themed The Departed, United 93, Little Miss Sunshine, and Casino Royale.

More awards season news: Guillermo del Toro’s dark fantasy Pan’s Labyrinth and the latest X-Men flick, X-Men: The Last Stand, are both in the running for the 2007 Best Make-Up Academy Award. Their five competitors are the following:

On Saturday, Jan. 20, the Academy’s Make-Up Award Nominating Committee will view ten-minute excerpts from each of the listed films. After the screenings, members will vote to nominate three films.

Little Children is a particularly noteworthy pick because, apart from Jackie Earle Haley’s (Iowa- and Online-winning) performance as a convicted child abuser, it has been mostly bypassed this awards season. Kate Winslet and Patrick Wilson star as a suburban married couple – well, not to each other – having a passionate, near-explicit love/lust affair.

Too late for ‘Tsotsi’?

Even though it opened in the United States in March 2006, Gavin Hood’s 2005 Best Foreign Language Film Academy Award-winning South African social drama about a thug and a (however inadvertently, kidnapped) baby, has thus far been thoroughly ignored by U.S. film critics groups.

Notwithstanding exceptions such as the New York Film Critics’ selection of Jean-Pierre Melville’s 1969 World War II-set French drama Army of Shadows as 2006’s Best Foreign Language Film, most U.S. critics groups want to predict the future (i.e., the next Oscars), not reiterate the past.

Clint Eastwood’s Letters from Iwo Jima and Mel Gibson’s Apocalypto, for their part, continue to receive Best Foreign Language Film nominations, a great way to keep as many awards as possible within the U.S. media-friendly Hollywood circle. True, neither movie is eligible for an Academy Award in that particular category, but bear in mind that both are eligible for Best Picture.

Best Movie Yet to Open in Iowa: Pan’s Labyrinth.