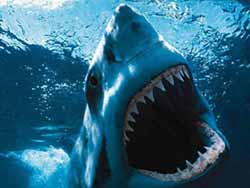 David Brown, who co-produced modern cinema classics and/or blockbusters such as Jaws, The Verdict, The Player, and A Few Good Men, died on Feb. 1 at his home in Manhattan. The New York native and former journalist was 93.

Another notable Brown-Zanuck production – this time they were credited as producers – was The Sugarland Express (1974), an early Steven Spielberg effort that led to his being hired to direct Jaws the following year.

The Verdict (1982), a courtroom drama starring Paul Newman, was another major box office and critical success, but Ron Howard’s Cocoon (1985) was more of a hit with the public than with the critics. Yet, this comedy about rejuvenation earned longtime veteran Don Ameche (Midnight, That Night in Rio) a Best Supporting Actor Oscar.

Later on, Brown worked with other producers, including former Paramount honcho Robert Evans. Brown continued to develop a number of prestigious and/or high-profile projects, including two 1992 releases: the mordant Hollywood satire The Player, which returned Robert Altman to the forefront of American movie directors, and A Few Good Men, one of Tom Cruise’s biggest hits of the 1990s. This military court drama also earned Jack Nicholson a Best Supporting Actor nomination.

Brown, of course, also had his share of flops. Among those were Michael Ritchie’s The Island (1980); Arthur Penn’s Target (1985), starring Gene Hackman; and Alan Parker’s Angela’s Ashes (1999), with Emily Watson and Robert Carlyle.